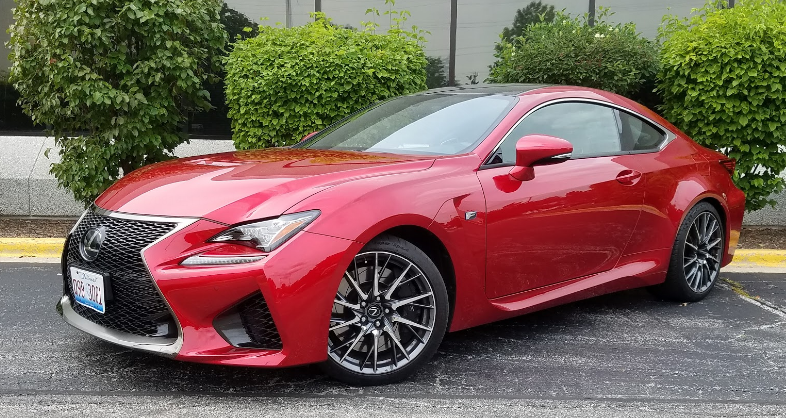 The not so good: Infotainment/climate controls, rear-seat room, cabin storage

With the potent, top-line RC F having made its way through our test fleet, we’ve now had the opportunity to sample all three flavors of the Lexus RC coupe: 241-horsepower 2.0t, 306-horsepower 350, and now the 467-horsepower F. 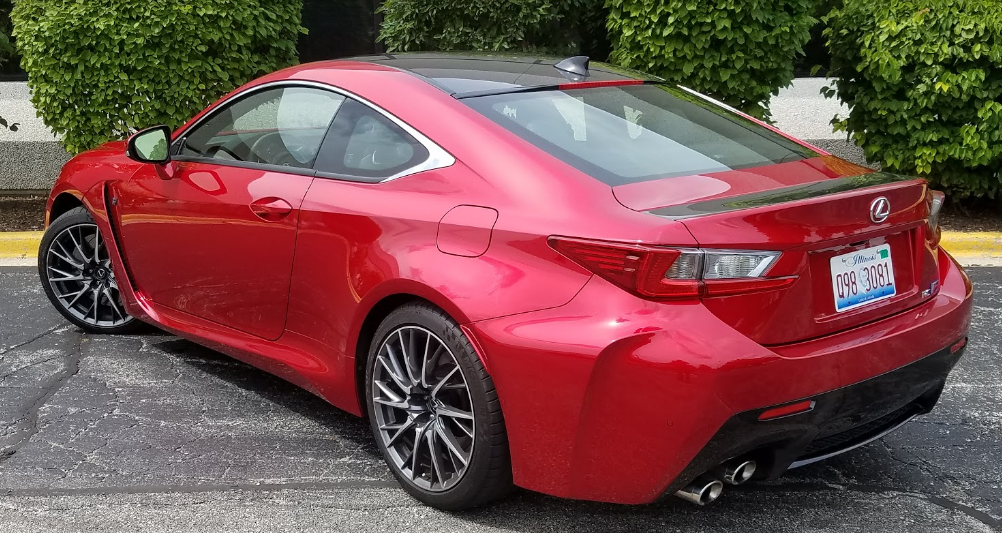 The RC F is the most potent member of the three-model RC family, and also the most expensive. Though it started at $65,140 including destination, our test car wore $15,699 worth of options that brought the bottom line to $80,839.

As might be expected, the biggest difference was in acceleration. In the benchmark 0-60-mph dash, Lexus says the 2.0t covers it in 7.3 seconds, the 350 in 5.8 seconds, and the F in a spirited 4.4 seconds. And certainly the F feels quick, despite not being a real tire-smoker off the line. However, we noticed that when the F’s throttle was stabbed at speed, the automatic transmission in our test car didn’t kick down as promptly as previous Lexus automatics we’ve driven, which were typically lightning-quick. Instead, it seemed to do the required drop in two steps, which delayed the arrival of strong acceleration. 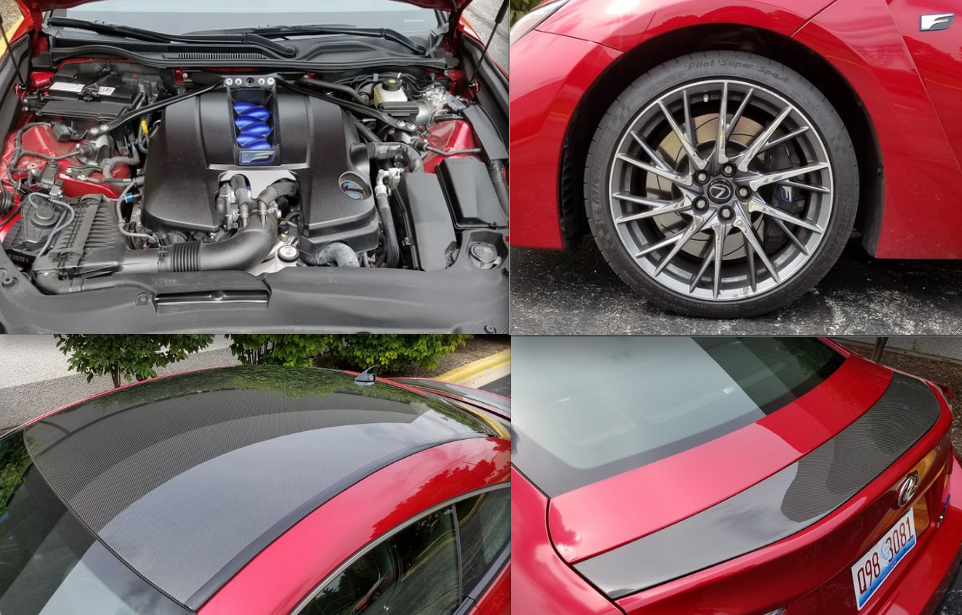 Notable elements of our test RC F (clockwise from top left): Standard 467-horsepower 5.0-liter V8, along with optional 19-inch 20-spoke wheels ($1500) and carbon-fiber decklid spoiler (which pops up at speed) and carbon-fiber roof. (Both carbon-fiber pieces are included in the $5500 Performance Package.)

Not surprisingly, with the decrease in 0-60 time comes an increase in cost — and fuel consumption.

Although fuel cost is probably not a priority for someone buying a $65,000 car, the RC F’s is sobering nonetheless. In one all-city stint, the F returned just 14.7 mpg, and that was on required premium-grade fuel — which cost 38 percent more than regular when we filled up. That put its per-mile fuel cost at the same level as a car getting 10.6 mpg on regular-grade gas. Ouch. 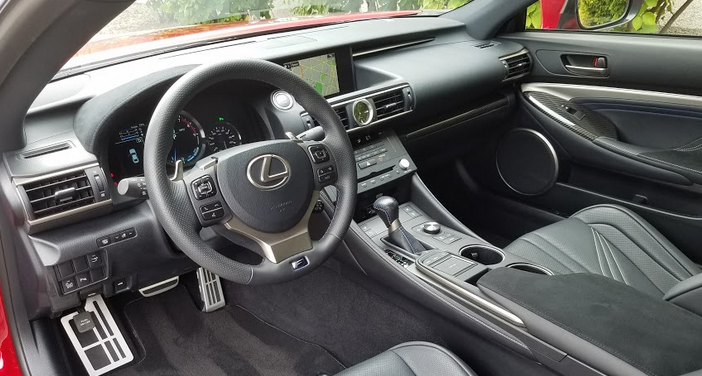 Nicely trimmed with several sporty touches, the RC F’s interior impresses for comfort, but not for storage space, which is modest at best. The infotainment-system controls utilize a dash screen and console touchpad (the latter located just behind the shift lever), a combination that didn’t sit well with our drivers.

The RC F also came on summer tires that were part of the $1500 19-inch 20-spoke wheel option. Though certainly attractive, if you live in the snow states, you should either swap the tires out for all-season or (preferably) winter ones during cold weather, so that’s another expense.

In other ways, the RC F essentially mimicked the previous RC 350 tested, except for one thing: its infotainment controls. Whereas the RC 350 was not equipped with a navigation system — and thus got a more basic control layout — the tested RC F had the $5500 navigation package (which also included a premium Mark Levinson audio system) that brought a touchpad-based control system. Some other Lexus models use essentially the same one, while others have a mouse controller in place of the touchpad. We’re not sure which is worse, but we don’t view either as an optimal design.

Keeping in mind that sport coupes aren’t about practicality, the RC F comes off as a polished, potent performer that shouldn’t be overlooked if you’re shopping this class. But don’t overlook the RC 350, either, which we find offers a more attractive balance of power, price, and economy.

It’s not inexpensive, but the RC F strikes a powerful pose it backs up with potent performance.