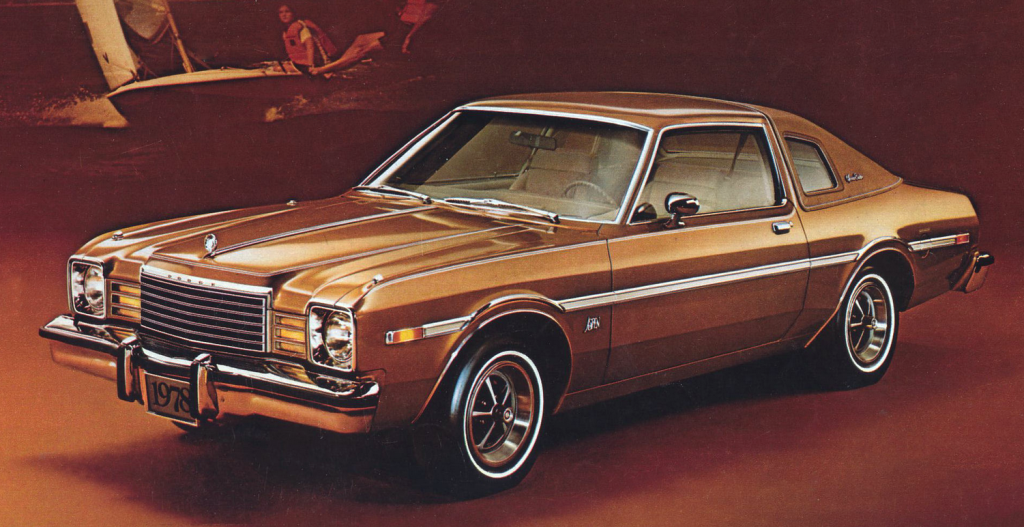 Confession: I have a very hard time separating what I think is good looking from what I thought was cool—at least when it comes to cars from the late Seventies and early Eighties.

That said, I am pretty happy with this list. On any given day, I might have created a different list of best-looking rides, but cars seen here have a pretty good chance of making that list most of the time.

This list was drawn from the pool of reasonably affordable cars available in the U.S. for the 1978 model year. Ferraris, for example, didn’t enter into consideration.

Note: I have excluded the Chevrolet Camaro and Pontiac Firebird from this list. General Motors’ ever-cool second-generation F-Cars are always on my list—so I didn’t see any need to repeat myself here.

Second note: I am not a big fan of vinyl tops. I have come to accept—even appreciate—vinyl roofs on early-Seventies Mopar products, but for the most part I would rather see cars uncluttered by the stuff. That said, several of the images below include vinyl tops–there are two reasons for that.

First, I really like the color combinations seen here, and second, it’s not all that easy to find good images of cars from 1978 without vinyl.

As always, we welcome your comments on the choices presented here. The place for comments is below the last image. 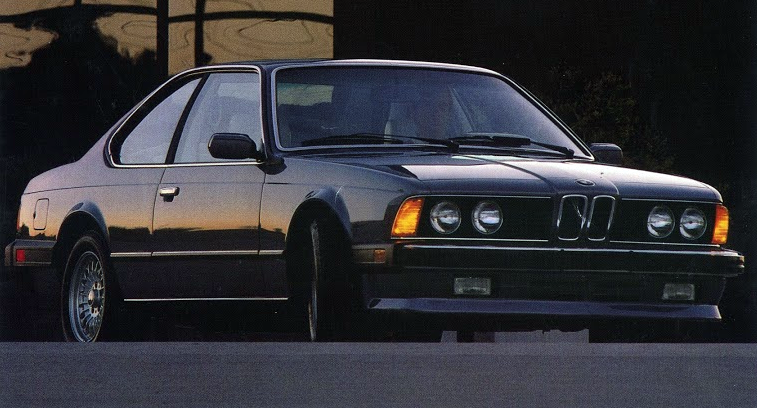 The Seventies and Eighties were the golden age for well-proportioned midsize German coupes–take note of the Mercedes-Benz further down this list. I am prepared to argue that this generation 6-Series is among the best-looking BMWs ever built. Sleek, tight, purposeful, and free of unnecessary detail, the “6” was as elegant a Bavarian ride as was ever imported to the States. Looking at this car I realize how much I miss the simple elegance of thin roof pillars.

I’ve written about this car before, but I just can’t get past how sleek and rakish these coupes look, thanks especially to their “bent-glass” back-window treatment. This example is a Caprice Classic, but the more affordable Impala looked no less cool. Looking at these cars makes me wish there was still a market for large coupes. 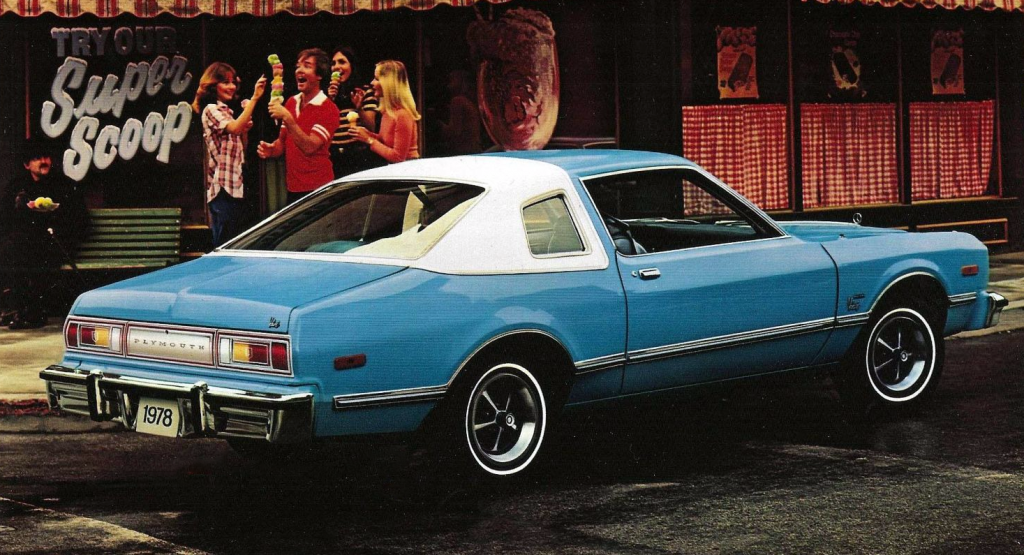 There’s an undeniable sportiness to these cars that I find very appealing. The Dodge and the Plymouth were nearly identical for 1978, with minor trim elements being the only points of distinction. As I noted above, I am not crazy about landau roof treatments in general, but I find the white on blue combination seen on this Volaré fairly compelling.

Fellow Consumer Guide editor Damon Bell thinks these cars look bloated–and maybe they do–but there’s a delightfully perverse quality to the Magnum’s general mid-Seventies stoutness when all sported up with covered headlamps, cool wheels, and a rakish rear side-glass treatment. I might like the car pictured here better without the white sidewalls, but I’d gladly take it as is. 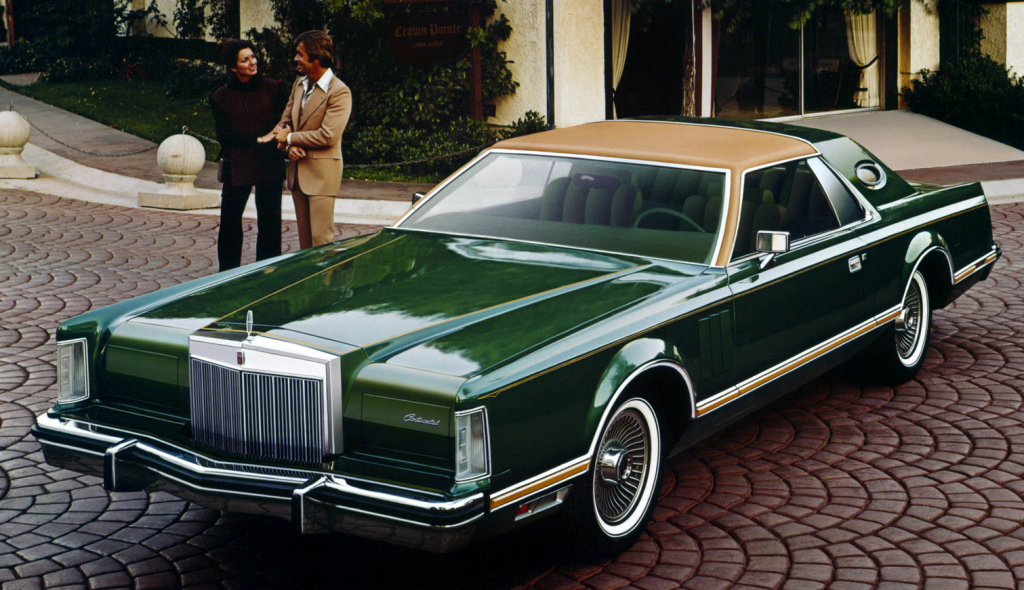 A Lincoln Mark V as seen in “Baby Driver.”

It’s probably pretty hard to make anything this large look rakish, but Lincoln designers did just that in the case of the Mark V. I only recently became a fan of these giant coupes, having enjoyed watching one in the recently released action movie “Baby Driver.” The Givenchy Edition car seen here was one of four “designer series” models offered for 1978–specially trimmed Bill Blass, Cartier, and Pucci editions were also offered. Though I love these wheels, I’d rather my Mark arrive without the vinyl roof.

Sculpted around Mercedes-Benz’s legendary W123 architecture, the midsize 280E and 300D coupes are among my all-time favorite cars. I realize that these cars aren’t exactly sporty, but there’s a stout, dignified stoicism here that I find irresistible. I love the wheels on the car above, and can even live with the tomato-orange paint. Ideally, my W123 would be a gas-powered 280E with a manual transmission, in dark red or dark green. But, to be fair, I would gladly saw off my arm for this car in orange or yellow as well. 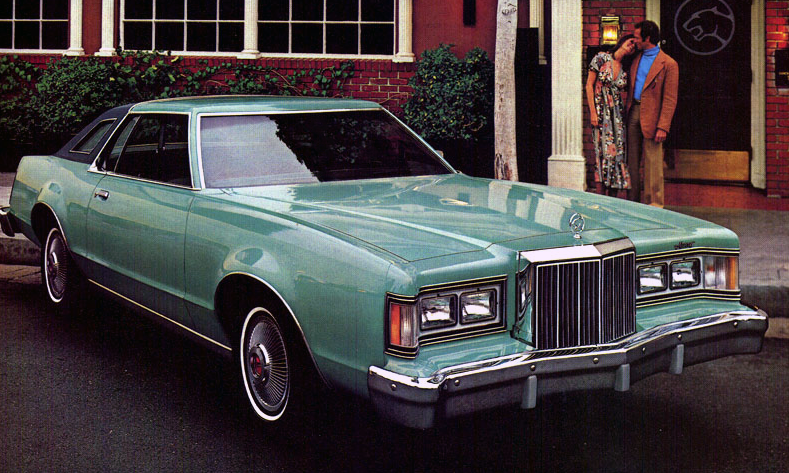 I’m a fan of the 1978 Mercury Cougar (and its mechanical clone, the contemporary Ford Thunderbird) for the same reasons I like the Mark V. I find the strong profile lines clean and sporty, giving the cars a sense of trimness despite their undeniable mass. I prefer the Cougar to the ‘Bird simply because the Ford’s front end seems a bit fussy, and the hidden headlamps don’t really clean things up as much as they should. As a kid I was all about the XR-7, but the rather simple minty-green example seen here is more appealing to me now.

Though I am actually a bigger fan of the second-generation Scirocco, I find the sporty minimalism of this Giorgetto Giugiaro designed little hatchback inescapably charming. The simple, straightforward lines and creases that define the first-gen Scirocco would have worn well going into the Eighties, but the car was redesigned for 1981 with a much softer and more sculpted look.