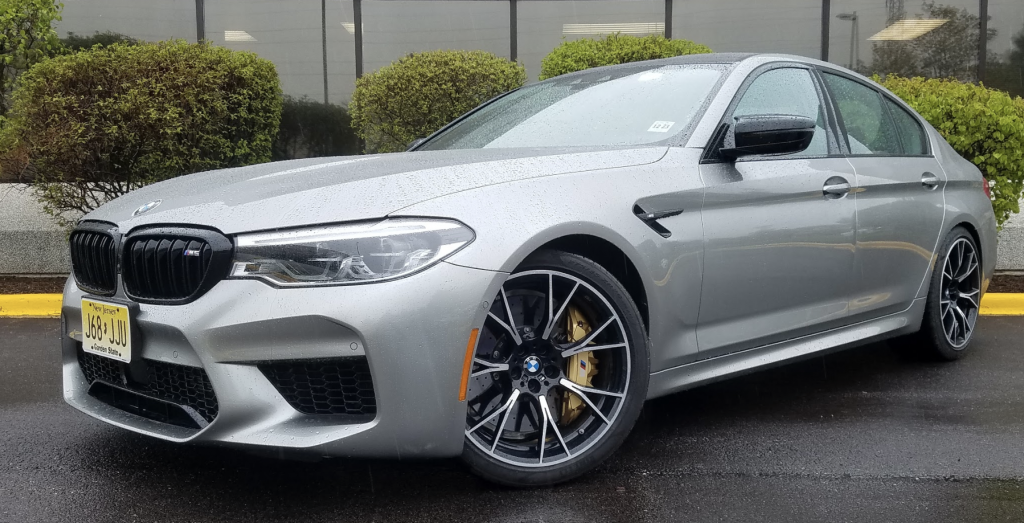 The not so good: Fuel economy on required premium-grade gas, cabin storage space, price of entry

Might as well get this out up front: The 2019 BMW M5 is the quickest car we’ve ever timed. 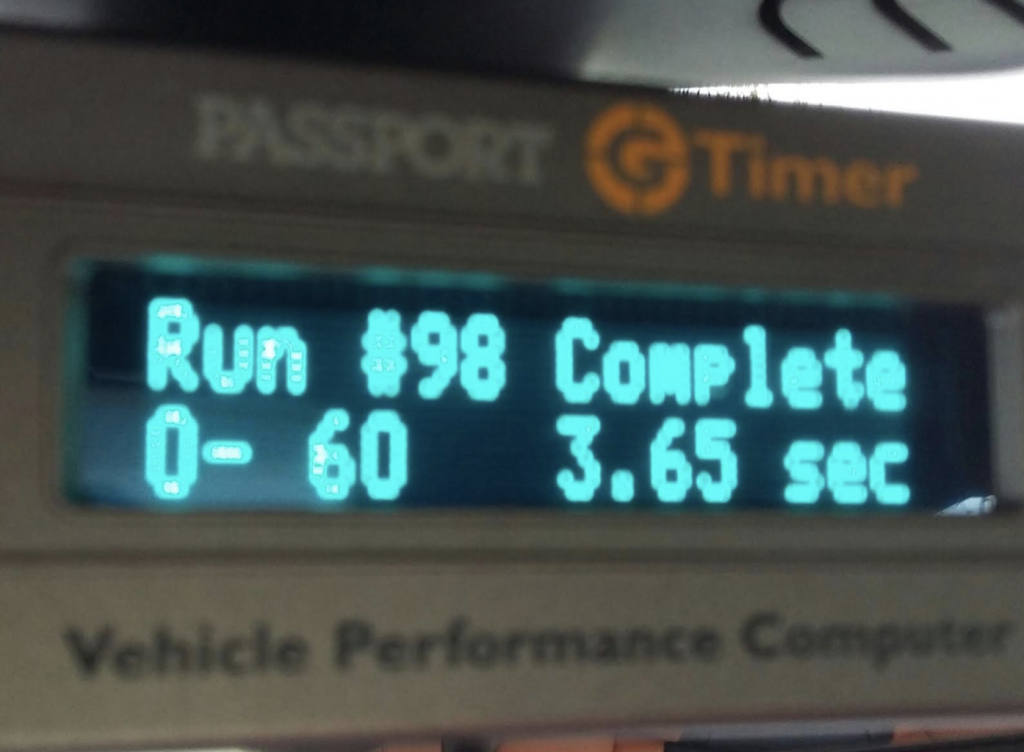 Our timer clocked the M5 at an average of 3.65 seconds in the 0-60 sprint. Not only was that incredibly quick, it was also incredibly easy; just floor the gas and hang on.

While it might not be the quickest carwe’ve ever driven, its all-wheel drive made my 3.65-second 0-60-mph average completely free of theatrics, meaning it could be duplicated by virtually anyone with a heavy enough right foot – and in a wide variety of conditions.

Whether off the line from a stop or from virtually any rolling speed, tap the gas and this thing jumps; nail it and it will glue you to your seat. It’s so addictive, any purchase should require a doctor’s prescription. 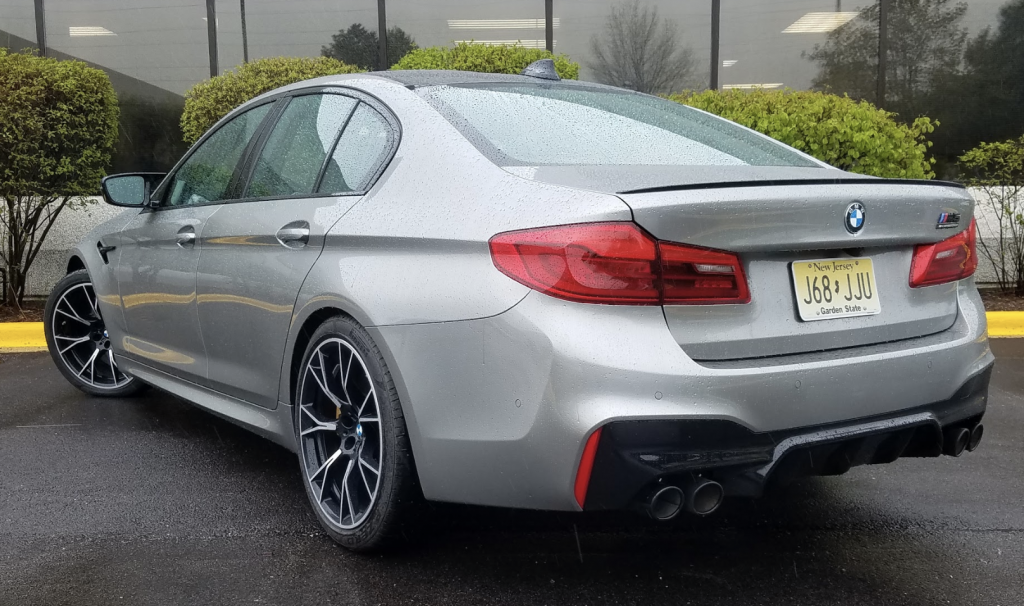 And the fun doesn’t end there. BMWs are known for their handling prowess, and the M5 does nothing to tarnish that image. Highway trips are longer because you go up exits you don’t need to only so you can take the on-ramps back down. (Have you ever seen a speed-limit sign for an on-ramp? Me neither. Oversight, or simply the government’s “wink-wink” gift to urban car guys?) Yet the ride was surprisingly compliant, at least in Comfort mode, and it never felt harsh even on our rough Chicagoland roads. Switching to Sport or Sport + made things expectedly stiffer, but only on smooth, winding roads would the trade-off be worth it in terms of agility. 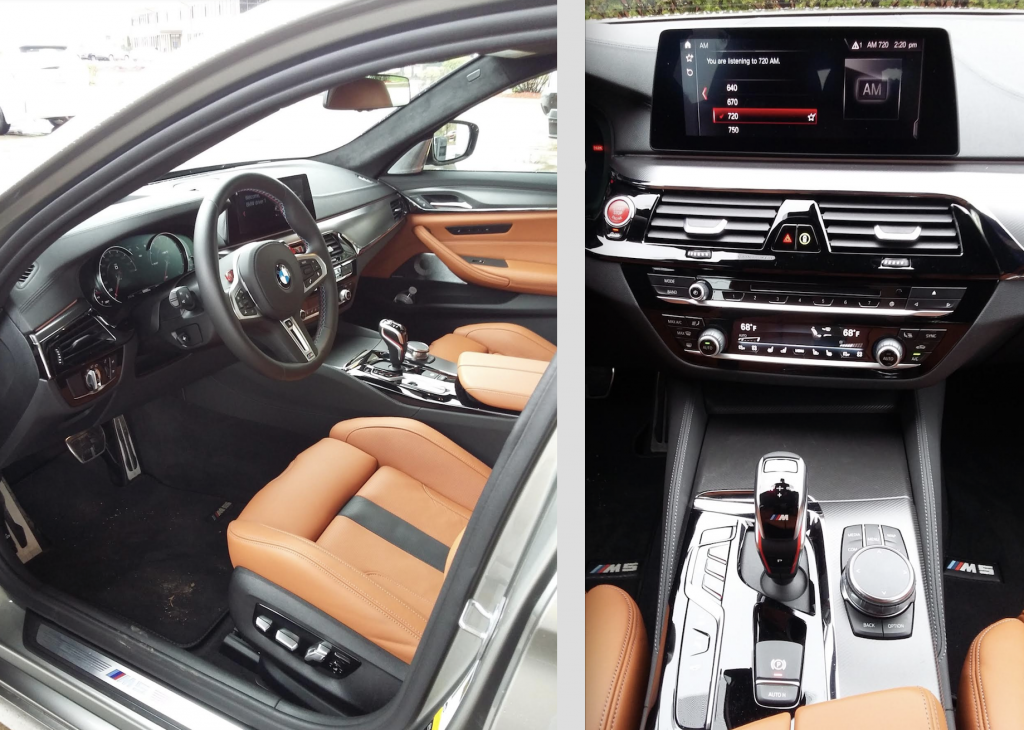 Interior appointments fit the M5’s lofty price, set off by the Aragon Brown leather upholstery and carbon trim of our test car. The iDrive control system has been improved to a degree that it now stands as a positive point, at least among premium-level vehicles. There’s a console control knob — normally a demerit — but lots of functions are on the touchscreen, and there are also seven physical programmable buttons for radio-station presets and such.

Even in more practical considerations, the M5 easily holds its own. There’s good interior room for four adults, though five would be a pinch due to a massively large floor hump in back. BMW’s infamous iDrive control system has been improved to the point (and many others have been degraded to the point) that this is no longer a competitive disadvantage, and in fact now ranks as a plus. The radio volume knob is on the dash, and though tuning and some other functions have to be done through the console knob, many functions are also on the touchscreen — which is a bit of a reach — and there are also seven physical programmable buttons for quick access to radio presets and navigation destinations.

Visibility is OK (though it’s unfortunate that the sunvisor doesn’t extend when swung to the side, leaving a couple inches of the window uncovered), and our tester had a 360-degree camera courtesy of its optional Executive Package. A bit disappointing is cabin storage space — which consists mostly of a modest console box and decent-size forward console bin — but that could be said of many rivals as well. Not disappointing were the interior materials used, our tester’s Aragon Brown leather upholstery and carbon trim looking especially upscale.

Trunk room is a mix of good and not-so-good. Oddly, the floor is on two levels, and there’s no underfloor space. Trunklid hinges dip into the load area, though they’re covered to prevent damage to contents. On the positive side, the rear seat backs fold level with the trunk floor if not completely flat, a rare advantage that makes it much easier to slide long items forward. 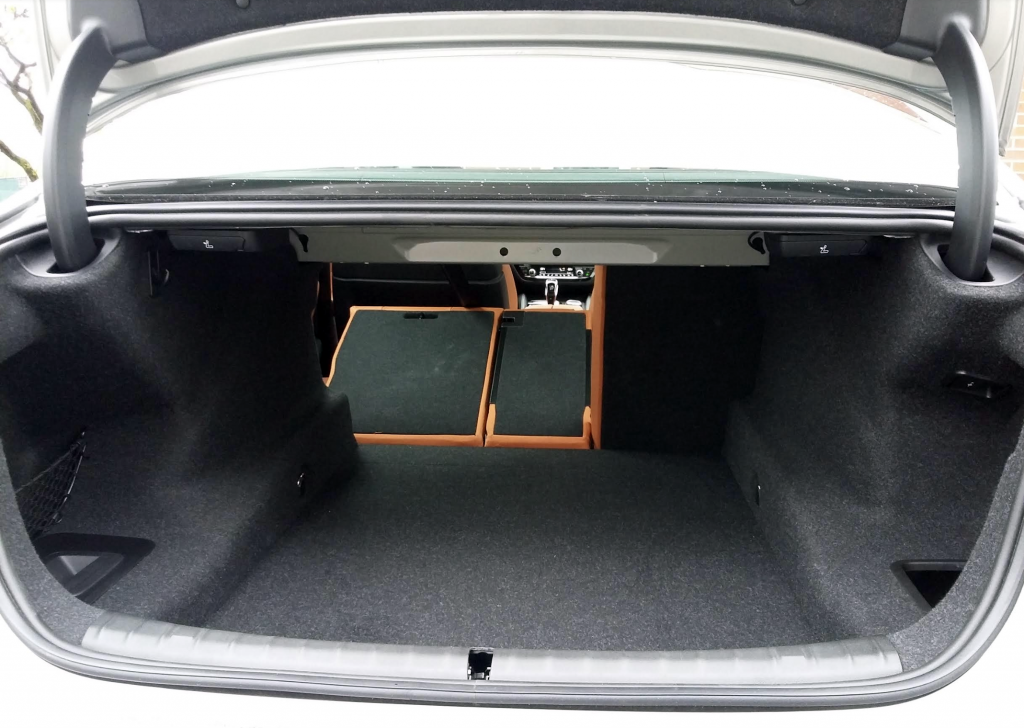 There’s some odd shaping in the trunk and there’s no underfloor space, but a big advantage is that when folded, the rear seat backs rest level with the cargo floor (though not quite flat), making it easier to slide long items forward.

But with all those positives comes a downside. Forget for the moment about the 18.2 mpg we averaged on the required premium-grade fuel. The real downside is … the M5’s sticker.

So let’s start from the top.

The M5’s price of entry is a cool hundred grand. (Well, $104,695 to be exact.) But the tested version was an M5 Competition, which adds 17 horsepower and $7300, for totals of 617 and $111,995, respectively. (Prices quoted include destination and the $1000 Gas Guzzler Tax.) From there, our tester tacked on $20,000 worth of options that included carbon ceramic brakes ($8500); a Driver Assistance Plus package ($1700) that added lane-keep assist, adaptive cruise control, and traffic-jam assist; an Executive Package ($4000) with soft-close doors, heated front and rear seats, ventilated and massaging front seats, parking assist, wireless cell-phone charging, and 360-degree cameras; Bowers & Wilkins sound system ($3400); and the M Driver’s Package ($2500) that includes track time and a top speed raised from an electronically limited 156 mph to a full 189 mph, for a bottom line of $132,095.

“M5” badges — affixed to the trunklid, front fenders, and grille — are subtle, but enthusiasts know to look for them … and know what they mean.

But in all fairness, the M5’s sticker should be high. And in fact, it’s completely justifiable, especially considering the car’s level of performance, comfort, and equipment. Furthermore, time has not historically brought the price of used M5s down very much, which only goes to bolster the fairness of its initial cost.

While none of that makes the M5 any more palatable to those of us with modest means, it may help those trying to justify the expense to their accountant – or their spouse. And it might even be a strong incentive for the rest of us to save our pennies … even if it will take 10 million of them to buy it. Just keep repeating the mantra, “The M5 can accelerate to 60 in about the time it takes to say this sentence.” And that should about do it.

Though the price is high, the M5 is a legendary performance sedan that is completely livable as an everyday driver. It also gives you instant street cred with every car guy in sight.