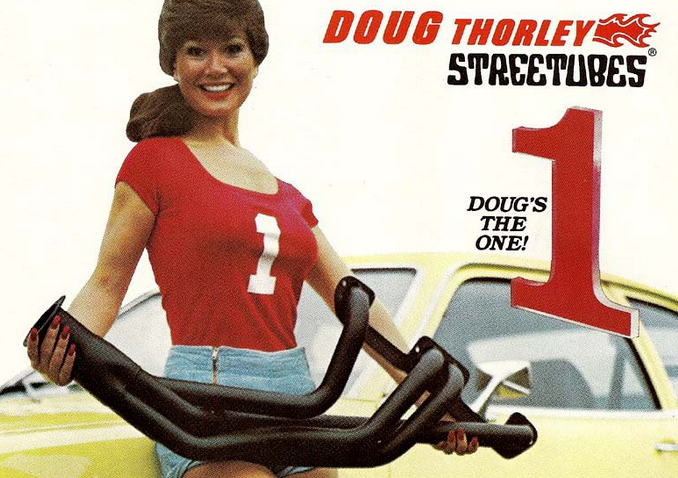 Advertising to men used to be a lot easier than it is now. From an article on 602communications.com, “Marketing to men has changed immensely over the years. Just putting a hot chick up on a motorcycle using your product doesn’t cut it anymore when advertising to men. The key here is to really dig deep down and figure out what men really want to feel about themselves.”

I would argue that what a lot of men would like to feel is that feeling they get when looking at a “hot chick on a motorcycle.” The article goes on to discuss the emotional heartstrings that need to be tugged today in order to reach modern male consumers.

Whatever. I think we can all agree that advertising has changed considerably over the years. The reason we don’t see bikini-clad women in ads anymore is because we as a society have grown enough to realize that objectifying women is wrong and kind of creepy—not because men have evolved into more emotionally complex creatures. (And we haven’t—the success of the Tilted Kilt restaurant chain is evidence enough of that.)

Presented here are five classic auto-related ads from an age before gender enlightenment. While we didn’t find a picture of a “hot chick up on a motorcycle,” we did find a girl holding a set of headers, which is actually a lot cooler. 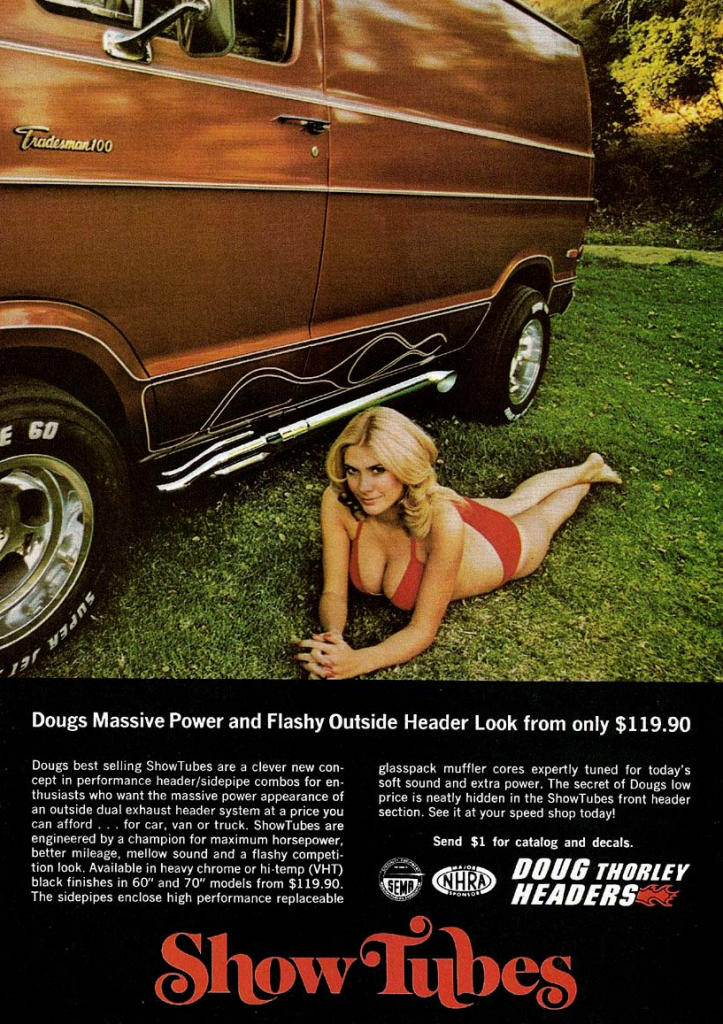 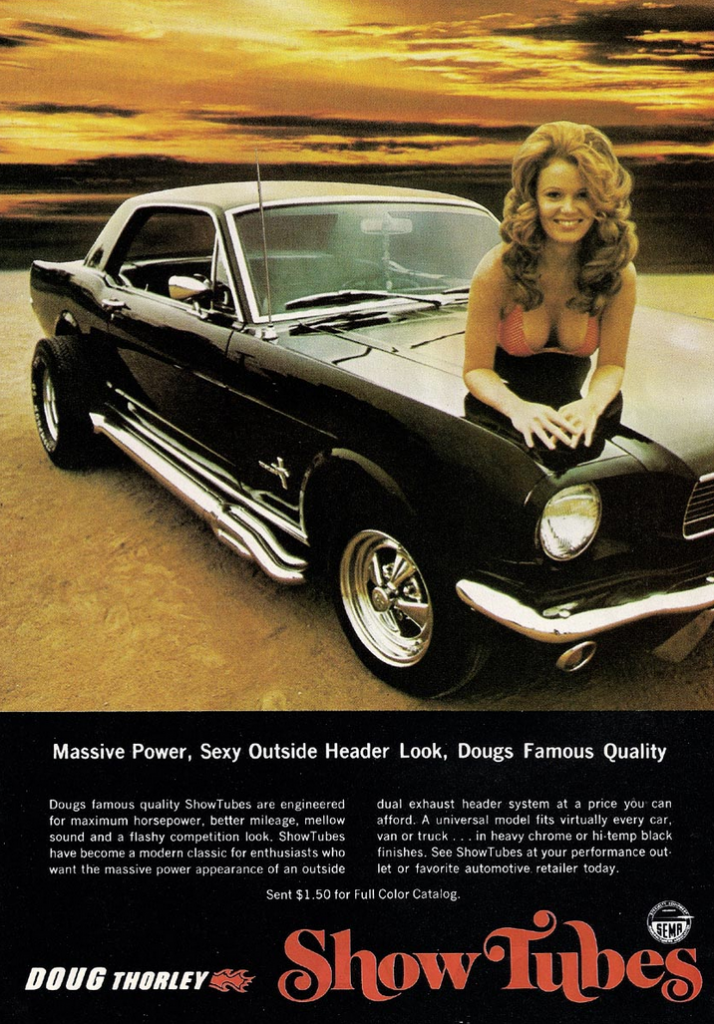 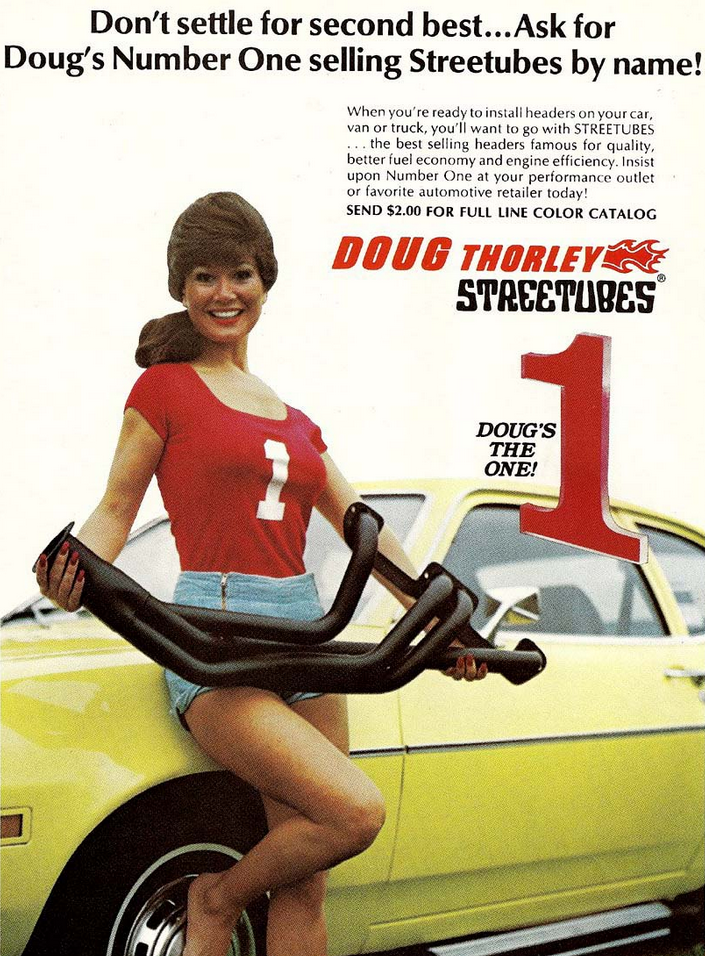 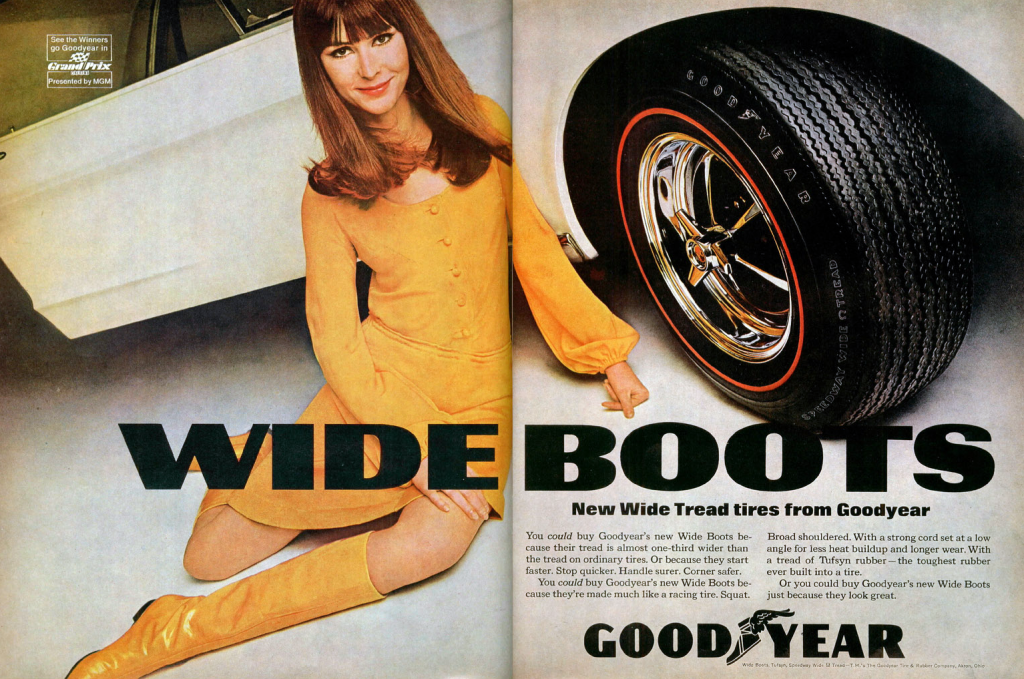 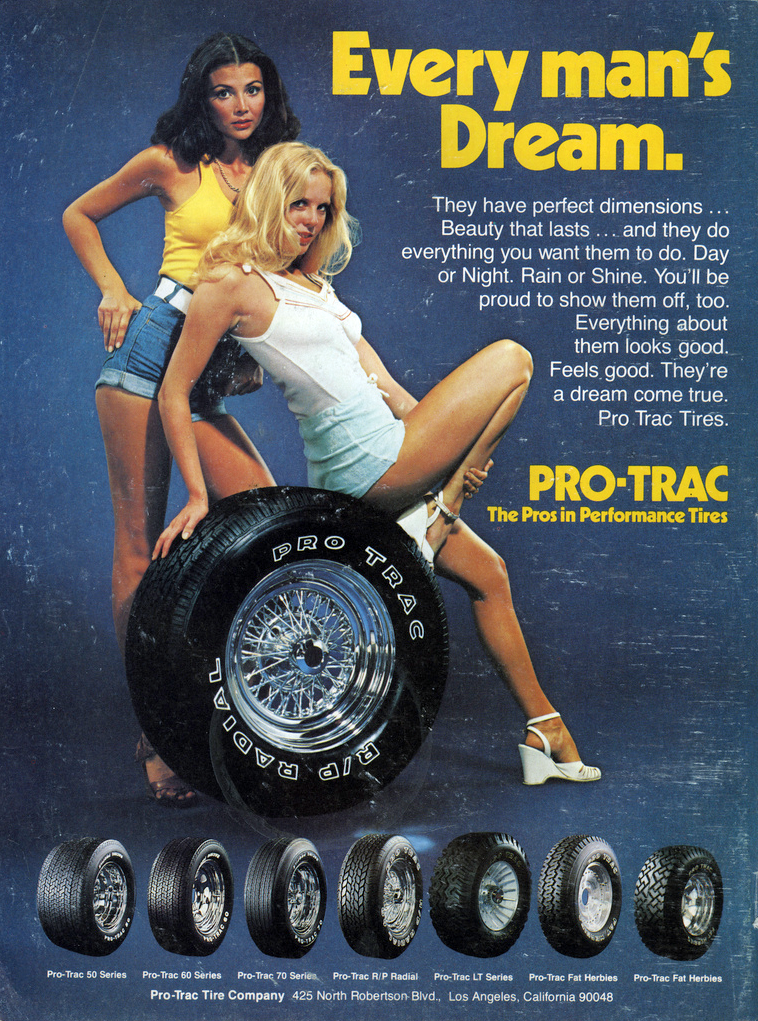 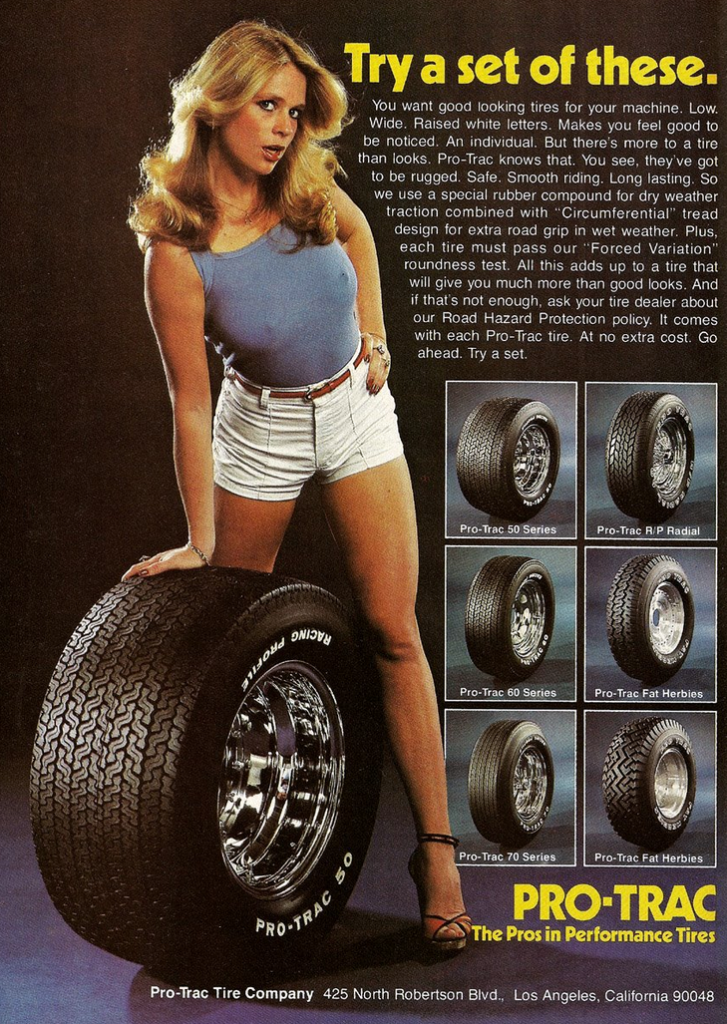