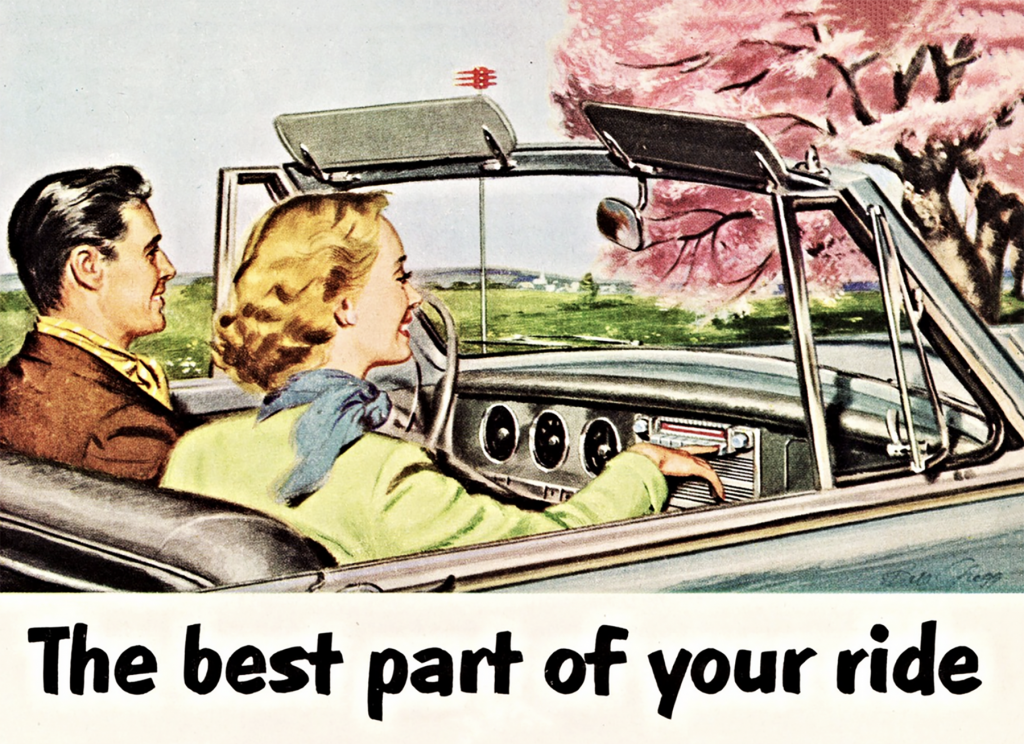 Commercial radio stations were transmitting signals to the public in the early 1920s, amplified in 1924 by the broadcast of the final campaign speech by newly elected president Calvin Coolidge. Two years earlier, outgoing president Warren Harding had installed a radio in the White House. 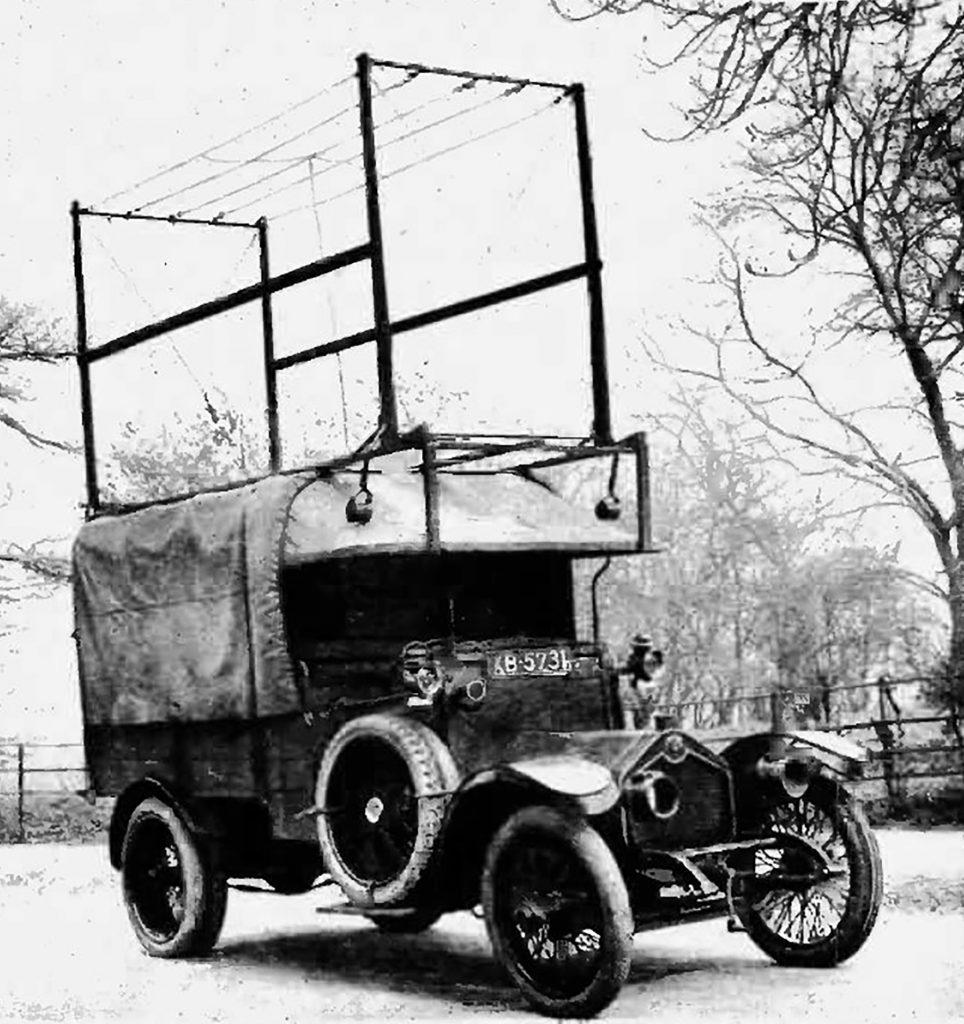 Guglielmo Marconi earns credit for inventing a practical radio, in the mid-1890s. By the turn of the 20th century, a handful of early adopters were transmitting signals to the few listeners who could receive them. American inventor Lee DeForest demonstrated a pioneering effort at the 1904 World Exhibition in St. Louis, Missouri.

Before long, tech-savvy innovators were experimenting with possibilities. Some pondered the idea of making radio reception portable. By the late teens, ambitious pioneers were installing radio receivers in vehicles. Early antennas were bulky and cumbersome, sometimes employing multiple lines that ran the length of the vehicle, strung between front and rear support masts.

Pioneering efforts to market car radios didn’t last long. Chevrolet offered a factory-installed Westinghouse radio for 1922, as a $200 option (about $3,075 in today’s dollars). Philco introduced a mass-produced car radio, the Transitone, as an option for 1927 Chevrolet sedans.

Just as the Great Depression was getting underway, in 1930, brothers Paul and Joseph Galvin developed the first commercially successful automobile radio. They named it the “Motorola.” At $130 (equivalent to about $2,000 today), it was shockingly expensive. After all, a 1930 Ford Model A coupe or sedan cost around $495 to start.

Paul Galvin came up with the Motorola name, blending “motor” and “Victrola” (a brand name used to designate early phonographs). Because of its aural appeal, a number of new products got names ending in “-ola,” including the Crayola crayons used by kids for drawing. 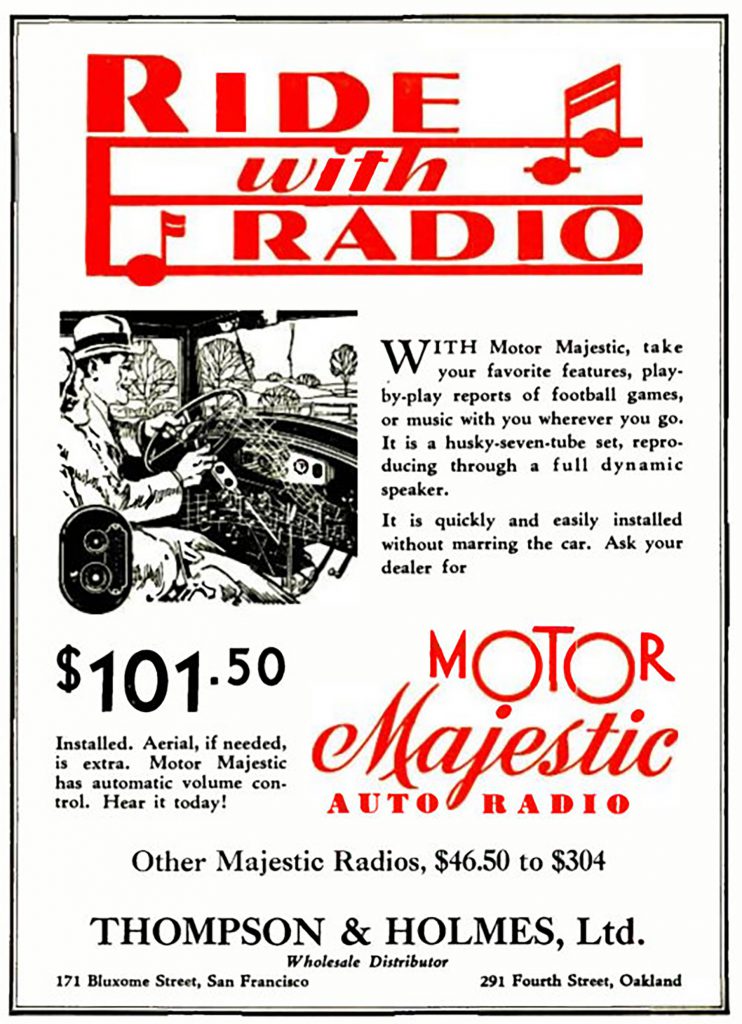 For the next few decades, car radios followed the same basic configuration. They had a tuning knob, a mechanically operated tuning dial, and a volume knob. Inside was a grouping of vacuum tubes. Powered by the car’s battery, the radio had to be connected to a sizable antenna.

Vacuum tubes were big and bulky. They also consumed considerable power from the car battery, while emitting plenty of heat. 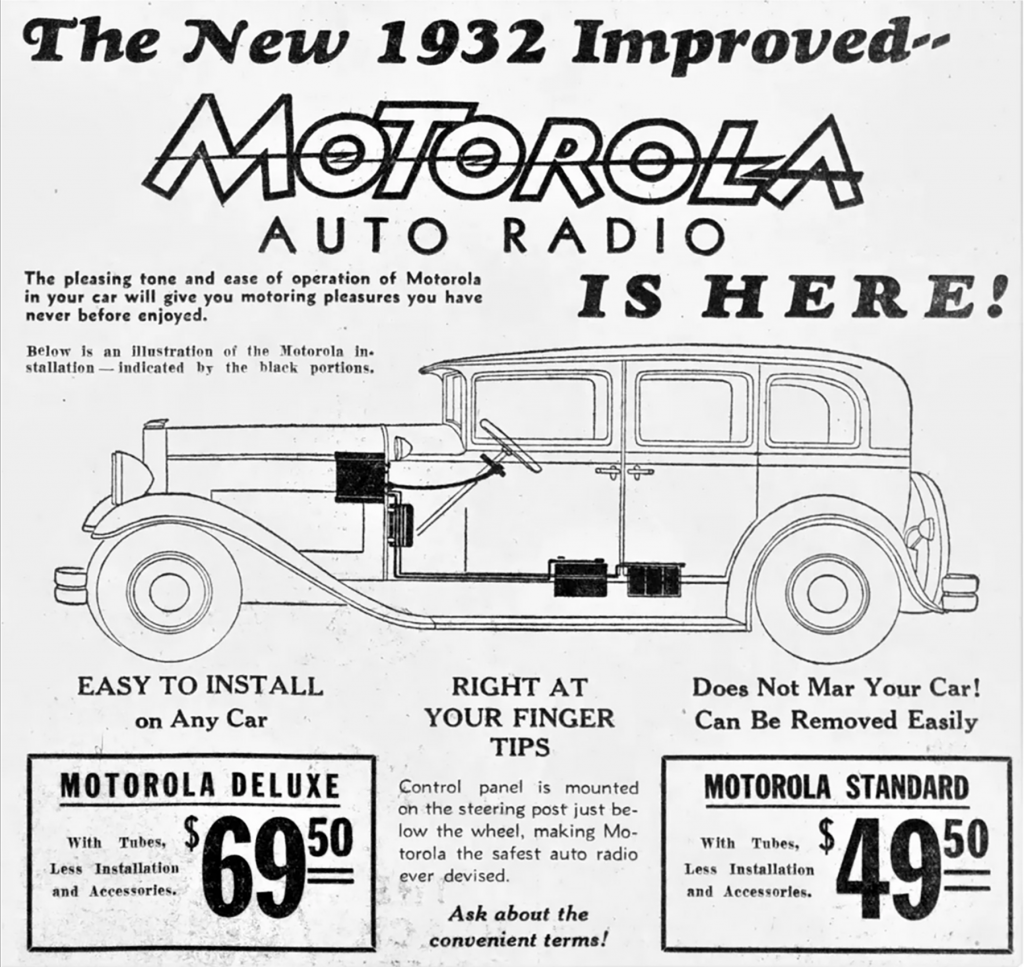 By the end of the Depression, with World War II underway in Europe, about one in five American cars contained radios. All early radios were AM.

Most drivers stuck with AM, which occupied the lower end of radio’s frequency band (540 to 1605 kHz). Initially referred to as cycles-per-second, “Hz” (Hertz) is a measure of the frequency of a radio signal. One MHZ equals a million Hertz; one kHz is a thousand Hertz. 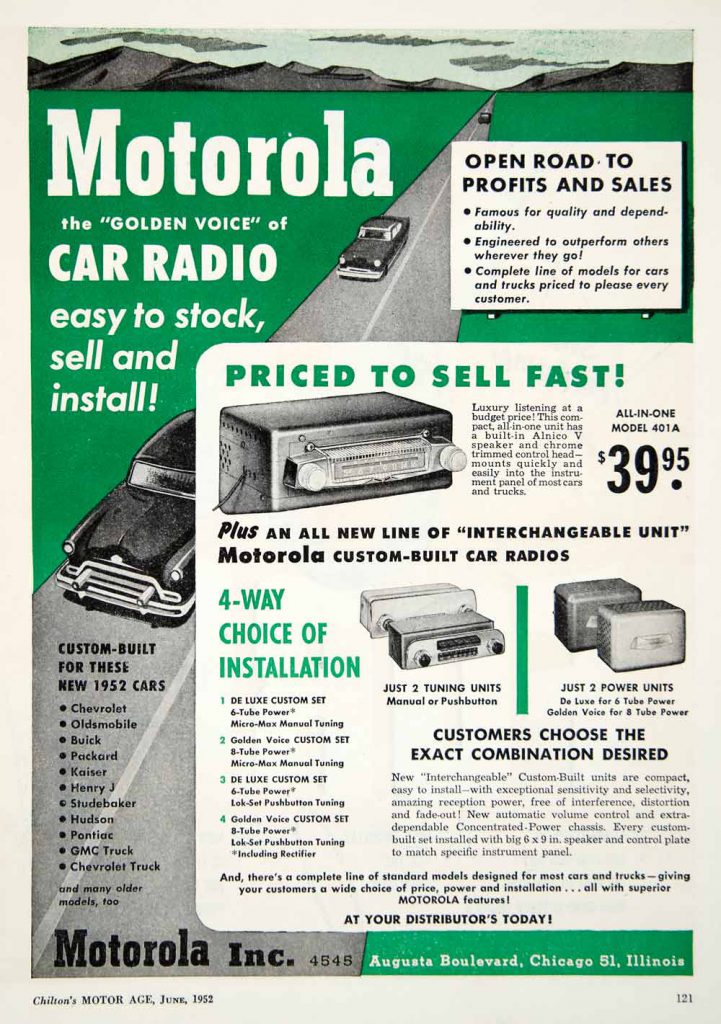 Chrysler took an alternate path toward in-car entertainment in 1955, introducing a record player that used special 7-inch discs. The phonograph system faced a formidable challenge – keeping a needle in place along the disc’s grooves, in a moving automobile. It didn’t last long. 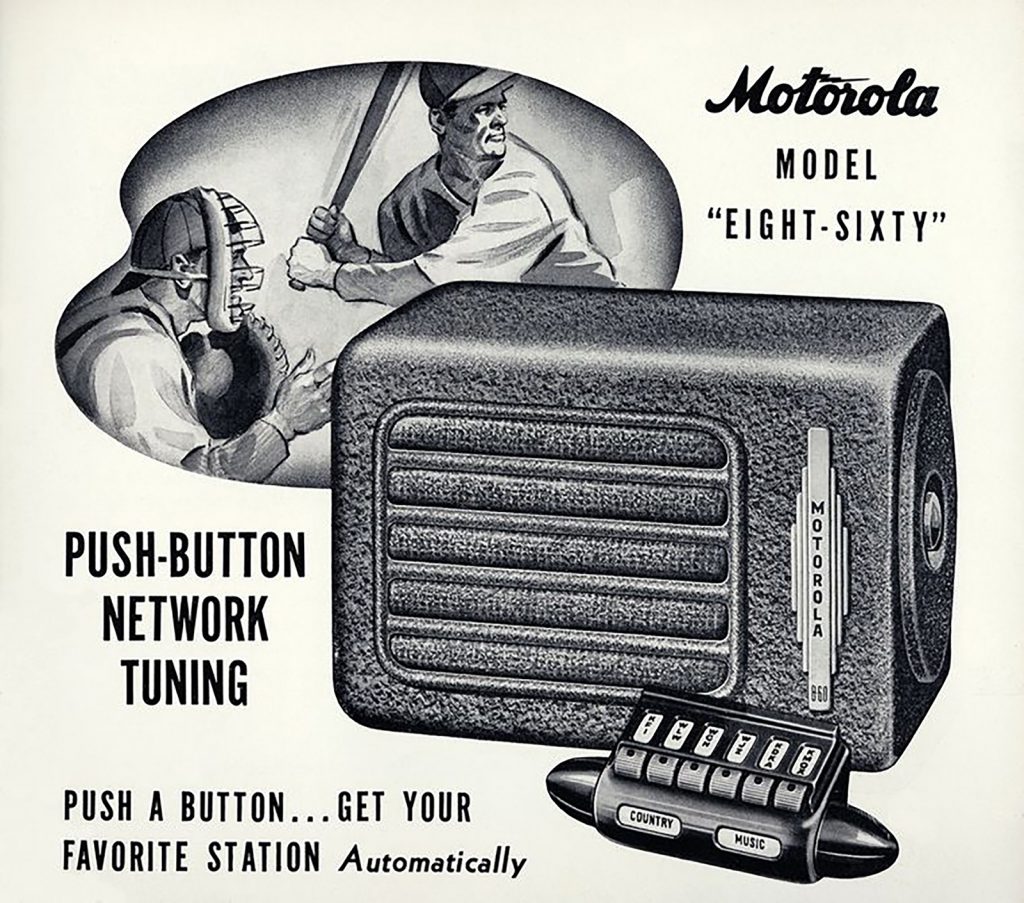 Eight-track tape players debuted in 1965, initially offered by Ford and Motorola. Cassettes began supplanting the eight-track units during the 1970s. Stereo reception, featuring two distinct radio channels rather than one, arrived in 1969. Next up: compact-disc (CD) players, launched by Sony in 1984 and factory-installed in Mercedes-Benz automobiles a year later.

Since then, sound quality has improved steadily, claimed to be “theater” level, as amplifiers gained power and speakers grew in number and capability. Back in the 1950s, in stark contrast, step-up car audio typically consisted of adding a second speaker, likely home-installed on the shelf behind a sedan or coupe’s back seat. 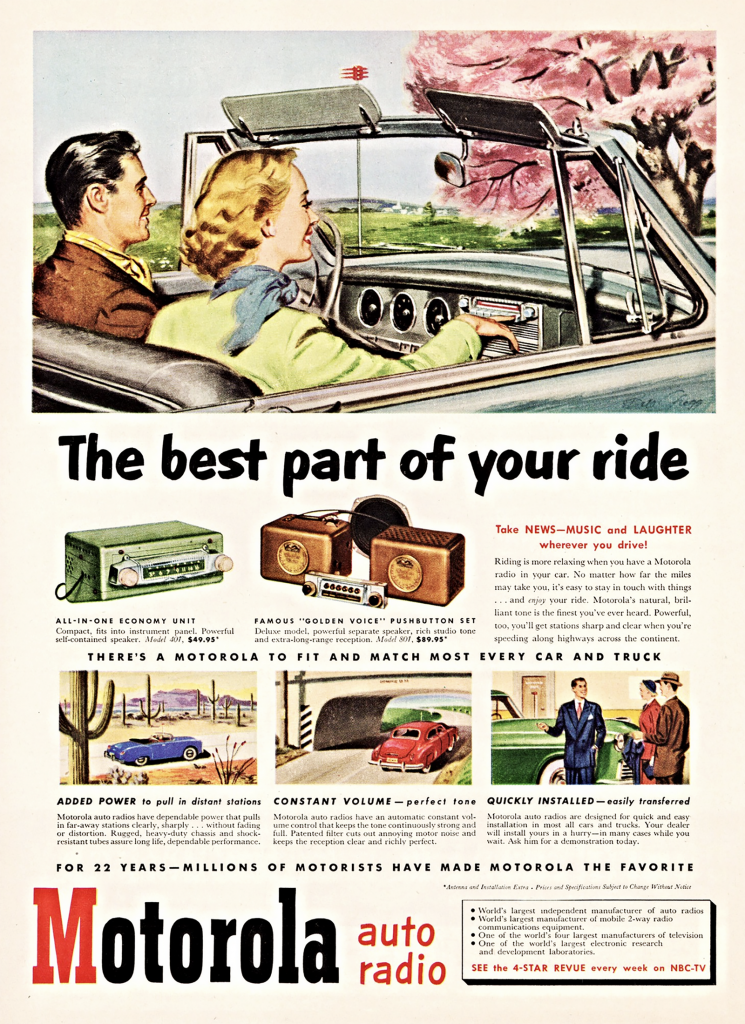 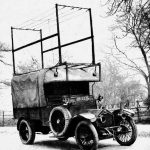 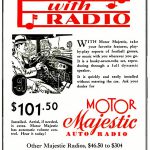 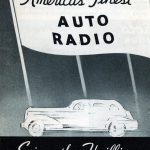 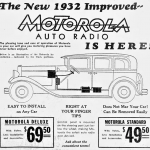 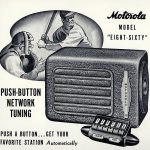 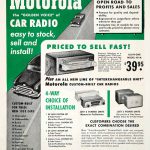 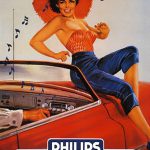 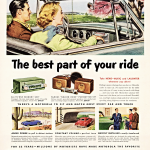