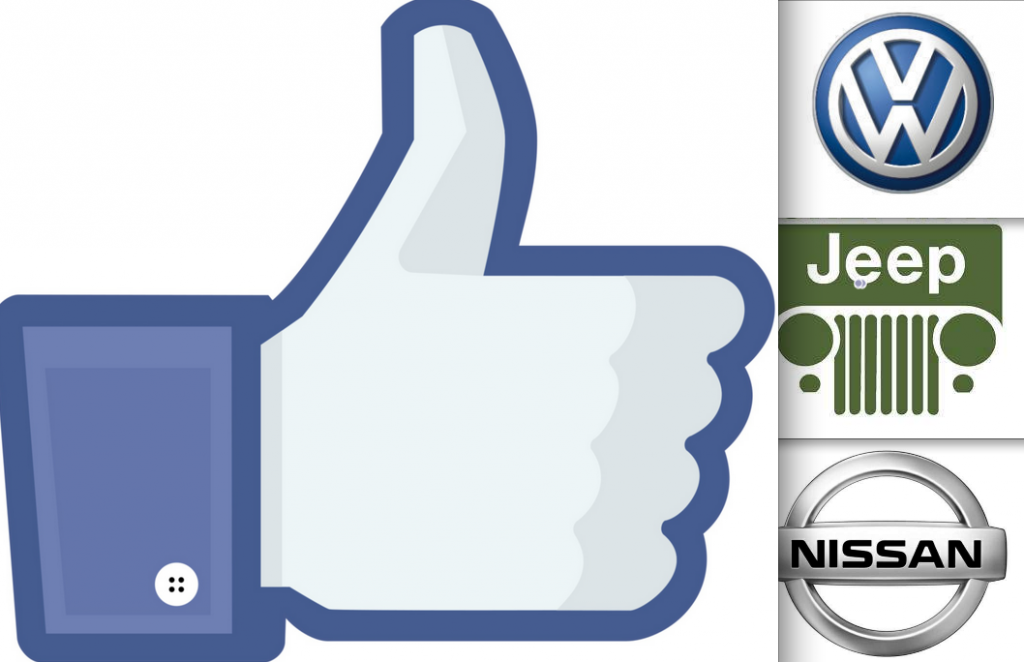 There is no direct correlation between vehicle sales and Facebook “likes,” as the chart below demonstrates.

A year or so ago, when queried about the controversial “spindle” grille treatment that was proliferating through the Lexus model lineup, a Lexus representative responded simply, “We’re just glad to be a part of the conversation.”

Per Lexus, the love-it/hate-it response to the new front fasciae was the subject of all sorts of chatter, especially in social media, and that sort of brand awareness is very difficult to come by.

To what extent carmakers assign assets toward building social-media awareness is difficult to assess, and likely varies greatly by brand. But what we can look at are the results of those efforts. Collected here is a list of auto brands ranked by the number of Facebook “likes” each has accumulated.

One of the first things we learn from this list is that there is no direct correlation between sales and Facebook likes. For example, while Toyota can boast fewer than 3 million likes, the nameplate was good for more than 2 million U.S. sales in 2015. Meanwhile, Ferrari, which sold just 2100 cars stateside last year, lays claim to more than 16 million Facebook likes.

More analysis can be done with these numbers. It would be interesting to know how difficult it is for a mainstream brand to court social media enthusiasm versus a brand with a luxury or performance fan base.

We’ve collected these numbers before. If you’d like to see how these same brands ranked back in 2014 and 2012, just follow those links.

Facebook Face Off: Auto-Brand Winners and Losers of the Past 18 Months