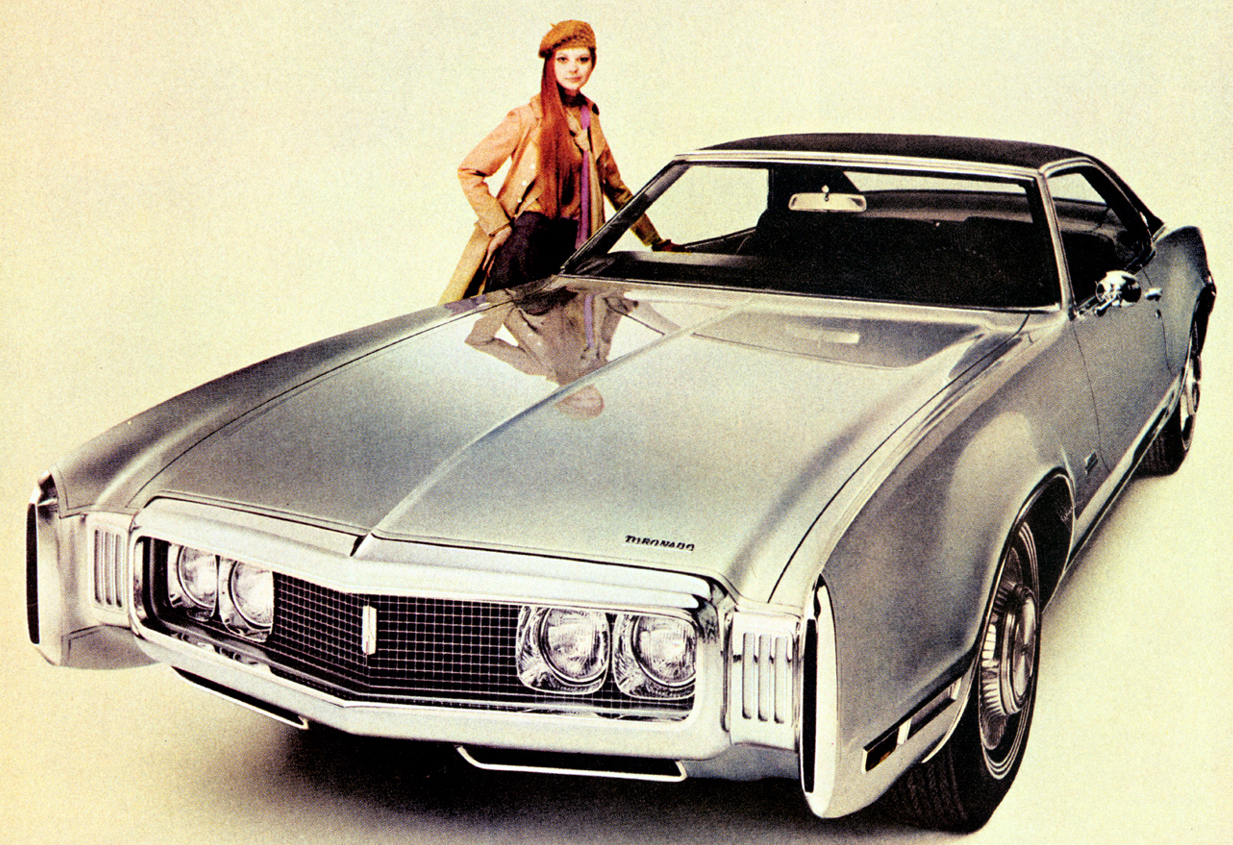 Having been born in 1965, I can’t claim to have been very aware of the vehicles of 1970 when they were new, nor can I claim to have experienced them from behind the wheel. 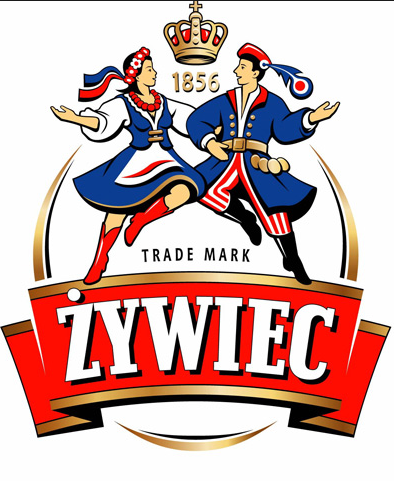 The consumption of Zywiec, a Polish beer, can impact the result of any attempt to rank cars by their relative attractiveness.

That said, most of these rides were still on the road a half-decade later, when I was coming online as a car guy. Thus, my take on the styling of these cars comes by way of the relatively bloated new vehicles seen in the dealership showrooms of the mid-Seventies.

Of the vehicles on this list, only two–the Firebird and the Nova–hold permanent positions. The other three slots are subject to my mood on the day I create the list, and to how many bottles of Zywiec I’ve enjoyed prior.

Regardless, I am happy with this list. I find all five of these rides to be particularly attractive, and worthy of long, loving, respectful gazes.

I have limited my choices here to American vehicles. Were foreign rides also included, I would have put a Jaguar, a Mercedes, and possibly even an Opel GT on the list.

Obviously, there is little more subjective than a “best-looking” list. Thus, your input is requested. What would make your “Best-Looking Cars of 1970” list? Be sure to let us know. The comments section is just under the last car below. 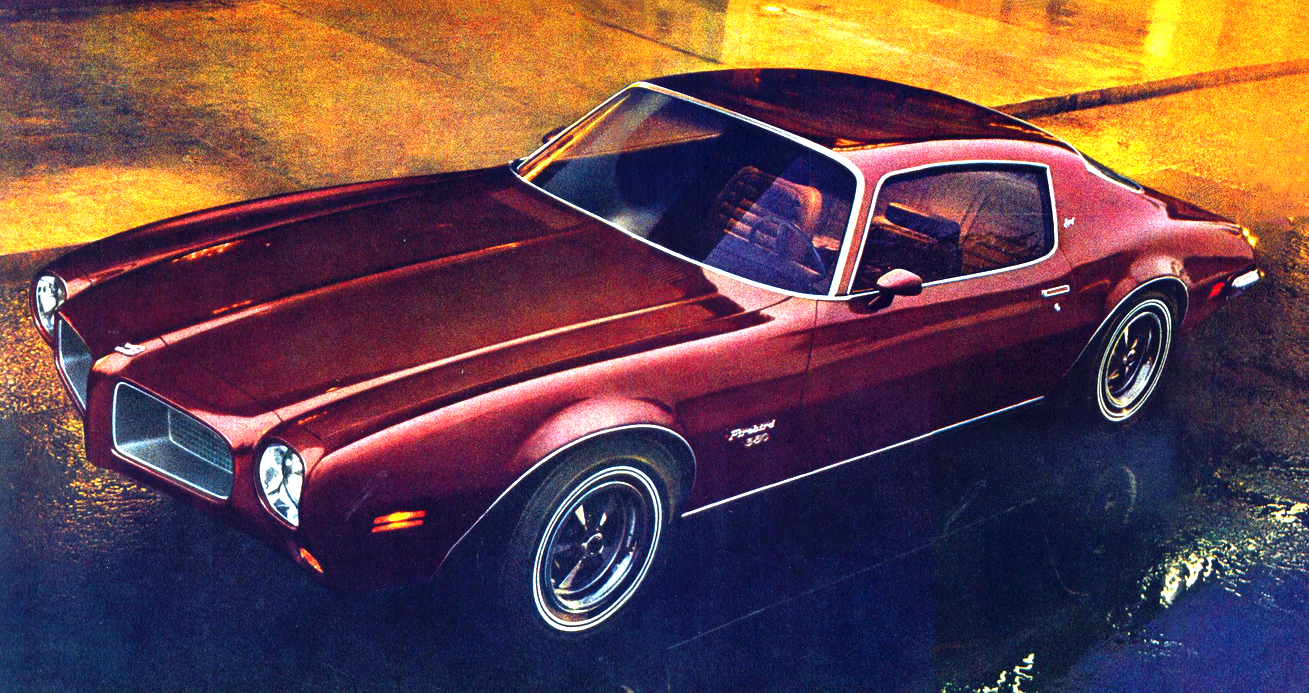 Just as “Sympathy for the Devil” and “Sultans of Swing” will always be my favorite rock tunes, the ’70 Firebird will also top my list of best-looking Seventies rides. The Firebird doesn’t compete with the likes of Dodge Challengers or Ford Mustangs in this regard, but with best-looking cars Ferrari or Lamborghini ever cranked out.

Penned by General Motors designer Bill Porter, the Firebird was elegantly simple, clean, and yet still curvy enough to be sexy. I’m almost as big a fan of the same-year Chevrolet Camaro, but the ‘Bird’s twin-grille nose breaks that tie. 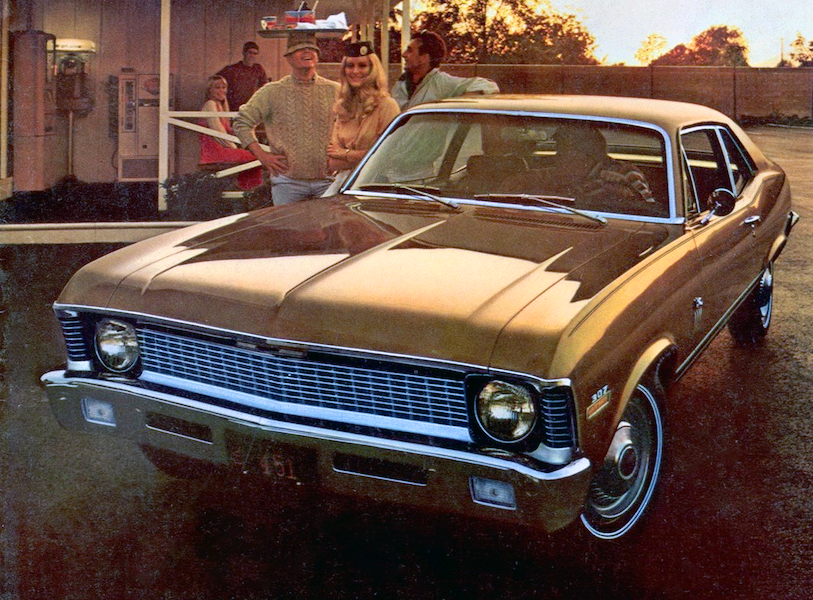 Full disclosure: My dad owned a ’70 Nova, and it remains among my family’s favorite cars. That good experience aside, the 1968-72 Nova was and still is one of the best-looking affordable compact rides. The clean “Coke-bottle” profile and simple, friendly face make this car as appealing to look at as it was practical around town.

My love for the Nova is limited to coupes, as the sedans were godawful-looking in profile. I can think of no other situation where the addition of two doors has had such a detrimental impact on a vehicle’s appearance. 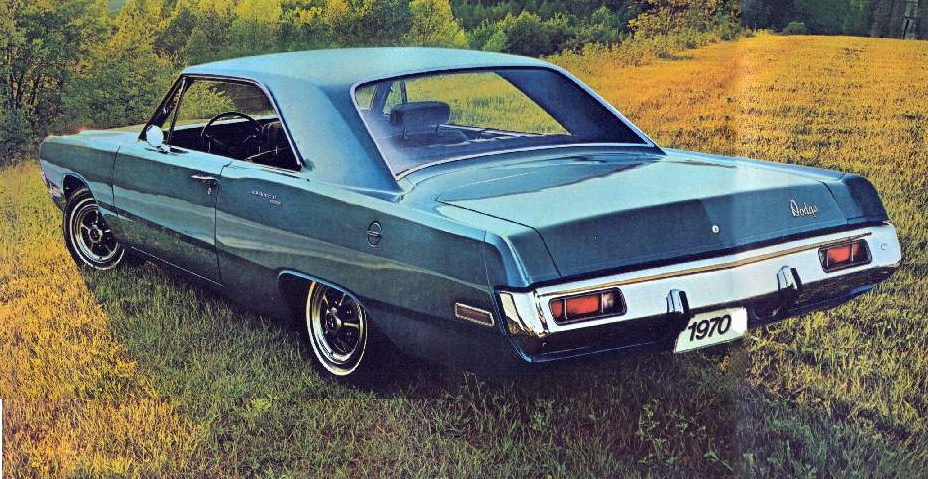 There’s nothing wrong with the 1970 Dart sedan; It’s a decent-looking, functional car with enough chrome and design details to keep it from looking cheap. The coupe, however, is a totally different animal. I love the rakish C-pillar and “scooped” rear glass. And the hardtop profile is a HUGE improvement over the sleepy sedan.

There was no Plymouth Valiant equivalent of the Dart 2-door for 1970, so this cool silhouette was a Dodge exclusive. If I could find an affordable example with a 340-cubic-inch V8 and a manual transmission, I would be a very happy man. Oh, and no vinyl top on mine.

Big Chrysler, Dodge, and Plymouth cars of the 1969-1973 era are known as “Fuselage” cars, a term affectionately used to describe the vehicles’ long, low, airplane-like silhouettes.

I am not necessarily a fan of the Fuselage cars, but I am a sucker for big cars made sporty, and the 1970 Chrysler is a prime example of this. The 300 is big, clean, looks aerodynamic, and sports one of the best-ever hidden-headlamp front ends.

On any given day, I might swap the 300’s position on this list for any of the same-year big Pontiacs. Today, however, I lean towards the 300’s sense of sleek substance–sedan or coupe. 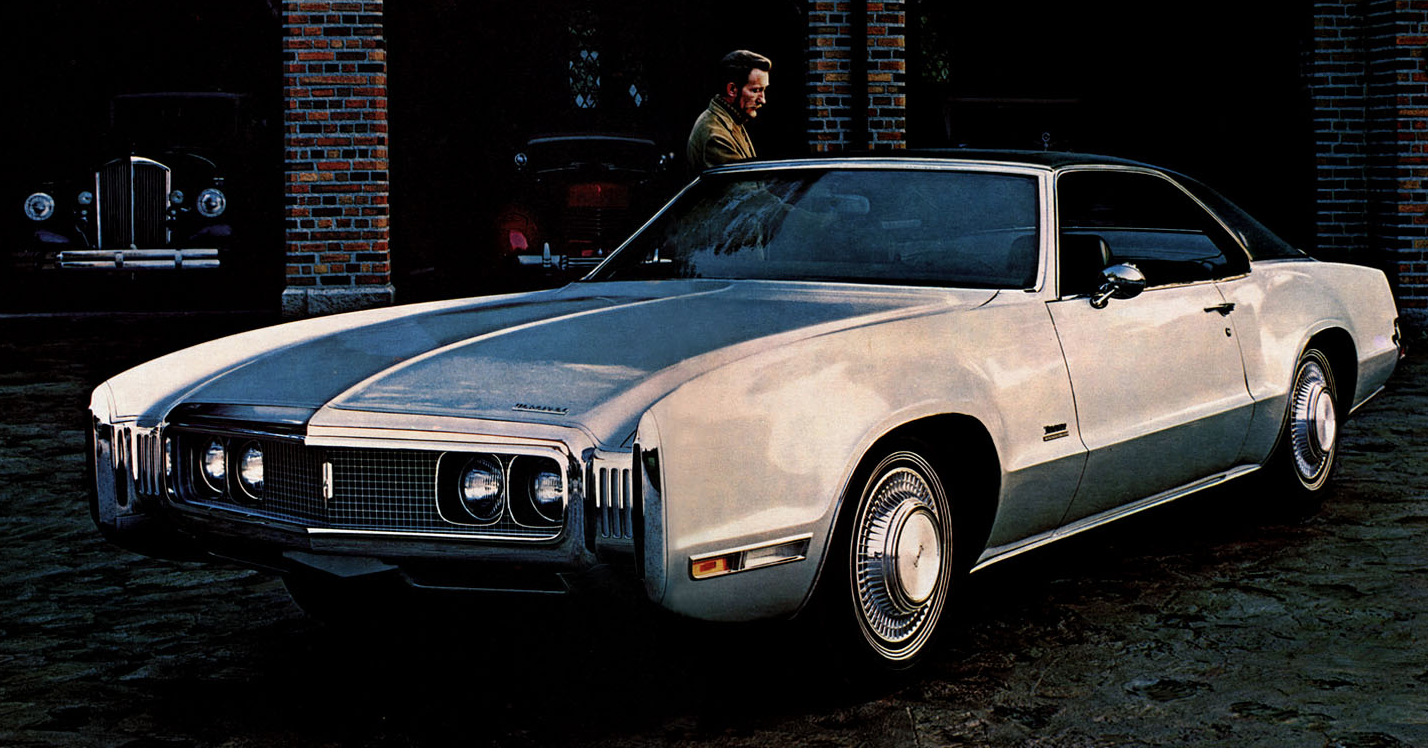 The fifth and final position on this list goes to the Oldsmobile Toronado. Credit the car’s strong, masculine lines and general sense of substance and luxury. Here’s where the aforementioned Zywiec comes in. A beer or two more, and I swap the sophisticated for the relative madness of the Mercury Marauder–especially in aggressive X-100 trim. Both cars enjoy the “big car made sporty” treatment that appeals to me so much, but where the Toronado is more classy in the grand-touring vain, the Marauder has a more “Flaming BMX bike” sort of appeal.

Since I don’t actually drink very much, the Toro better deserves its spot on this list. But if my dream garage were big enough, a Marauder would eventually find a place there.