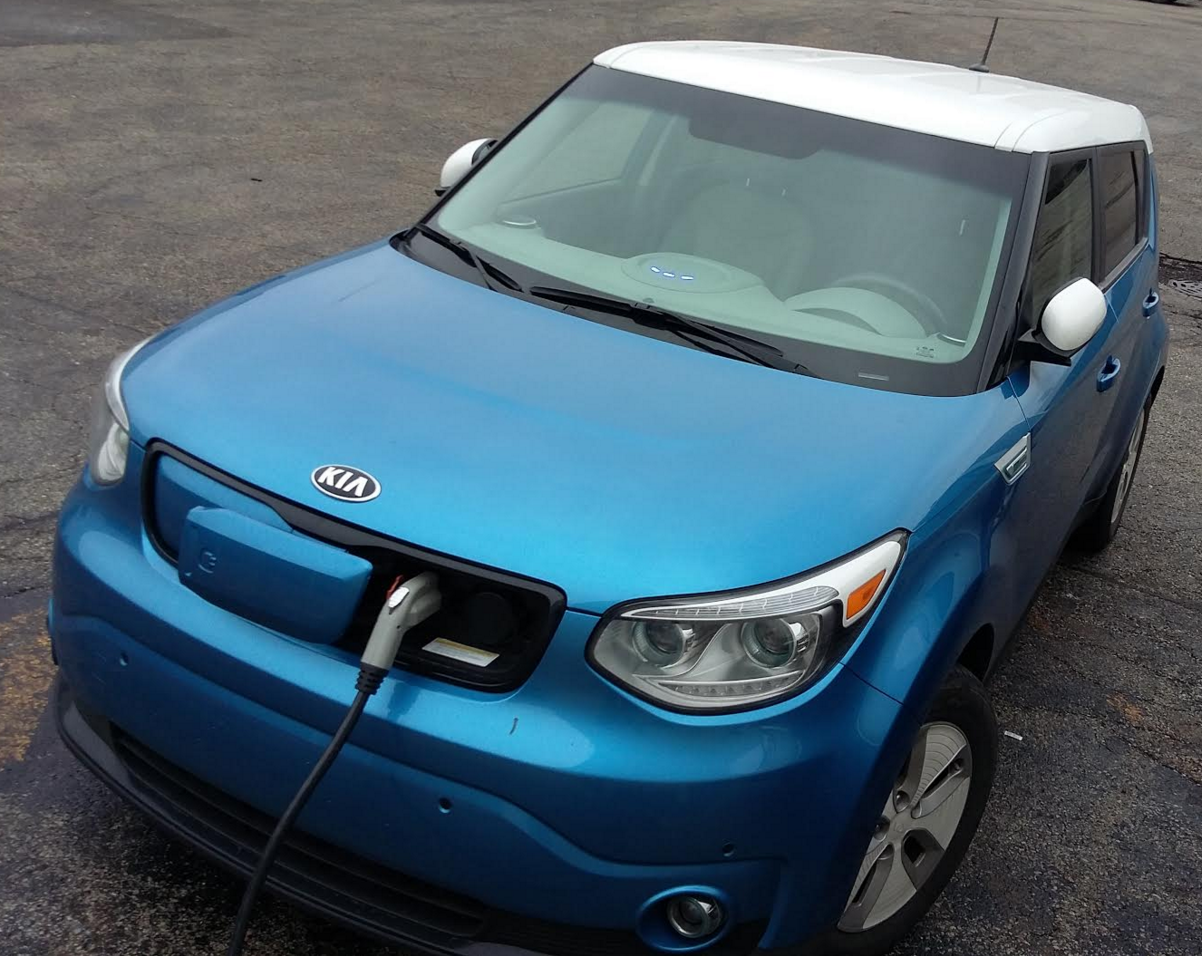 Our long-term Kia Soul EV on the charger. Can you tell it’s cold outside but warm inside? Probably not.

One of the downsides of electric cars — as noted in our previous Kia Soul EV long-term update — is that cold weather really cuts into the driving range. That’s likely due in part to the battery being less efficient in cold temperatures, and certainly to the fact that creating heat from electricity is an extremely inefficient endeavor.

Although the Kia Soul EV uses a high-tech heat pump for both heating and cooling, we still experienced a 25- to 30-percent drop in range during the winter months, even more in really cold temperatures. But much depended on how long our trips were — and whether we used the neat pre-heating feature (more about this in a sec).

If it’s cold and your trips are short, much of your drive will be spent with the heat going full blast trying to get the interior up to temperature. While this happens very quickly compared to a gas car, it eats up a lot of electricity. But once the interior is warm, the heater goes into an energy-saving “coast” mode, which doesn’t drain the battery near as much.

Take the cases of two of our editors. Damon drives just three miles to work, while John drives 27. As noted in our previous update (though I had to do some math to figure this out), John found that the range estimate given by the car after being fully charged was typically pessimistic, at least for his longer commute. In the example he sited, he started the weekend with a full charge and an estimated 66 miles of range on the meter, but ended up driving 72 miles with 6 miles left — which makes for a total of 78 miles, or a good 18 percent more than the initial estimate. Damon’s short trips, on the other hand, sucked up power like there was no tomorrow.

However, despite the Soul EV’s main negative as a winter driver, our cold-weather experience with it was not without its upsides. One feature we definitely appreciated when the weather went arctic was the Soul EV’s heater (yep … the same one we just slammed for cutting the range), which can be enjoyed in one of three ways:

But if the car is connected to either a Level 1 charger (which comes with the car and plugs into a normal 110-volt outlet) or a Level 2 charger (as we have at our office), there are two other options. Note that both not only let you climb into a toasty car but also extend the range, as the initial heating is done using electricity supplied by the charger rather than by the battery.

There’s also an app for that.

All of which means that — if range is not your biggest concern — electric cars like the Soul EV can really take the bite out of a frigid midwest winter.