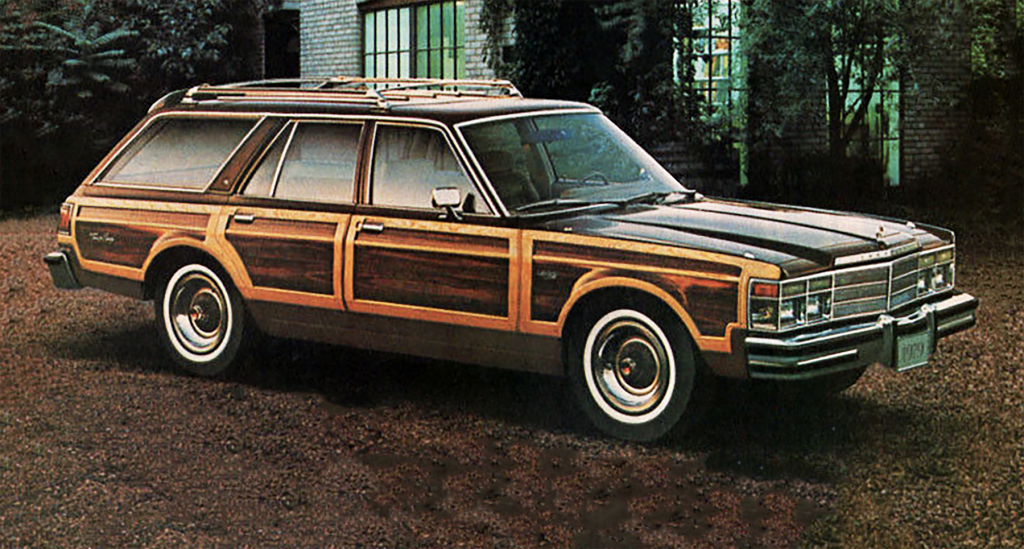 Until the Cordoba came along in 1975, the Chrysler brand had sold only large cars in the U.S. A hit with monied midsize car shoppers, the Cordoba gave the near-luxury brand an entry into the midsize market, and the perfect response to rising fuel prices as well as pesky car-payment swelling inflation. 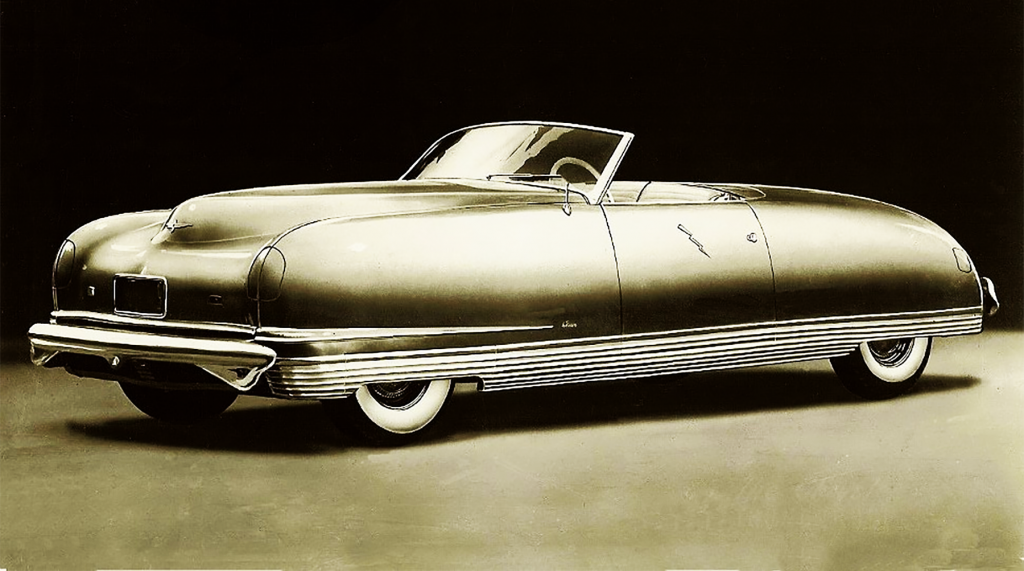 Popular as the Cordoba was, it was offered only as a coupe, and it wasn’t exactly affordable. To broaden the brand’s appeal, Chrysler rolled out a family of midsize offerings, priced somewhat below the Cordoba, and more in line with offerings from Oldsmobile and Mercury.

Dubbed LeBaron, the new Chryslers arrived for 1977 and significantly broadened the brand’s appeal. But why LeBaron? Chrysler had a number of legacy names it could have applied to its new line of midsize cars, where did Lebaron come from?

Folks familiar with Imperial—which from time-to-time was a stand-along brand, and at other times a Chrysler model—will recall that the LeBaron tag was frequently included as part the marque’s model names. Check out the Imperial ads below for an example of the usage.

As for LeBaron, the name comes from a luxury coach builder established back in 1920. The well-regarded design and fabrication house was known for its work with such premium car builders as Duesenberg, Cadillac, as well as Chrysler. LeBaron, perhaps most famously, built the striking Chrysler Thunderbolt concept car which debuted for 1941.

Collected here are a number of Chrysler and Imperial print ads featuring LeBaron models. Tell us what you think by leaving a comment down below. 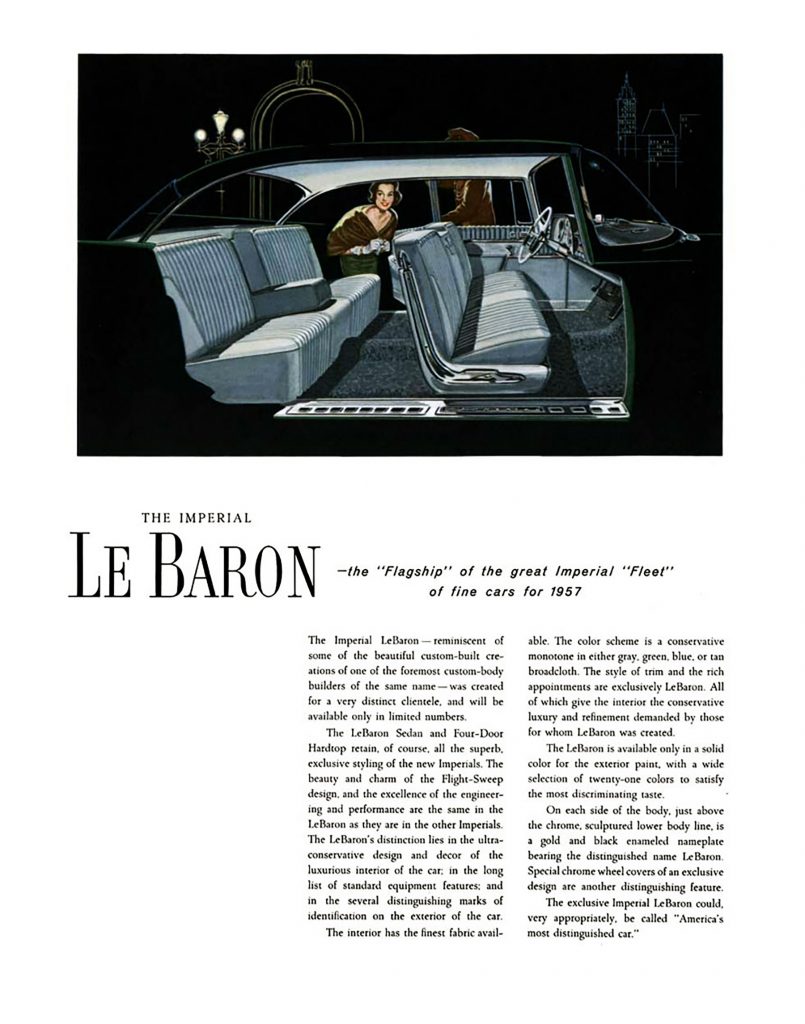 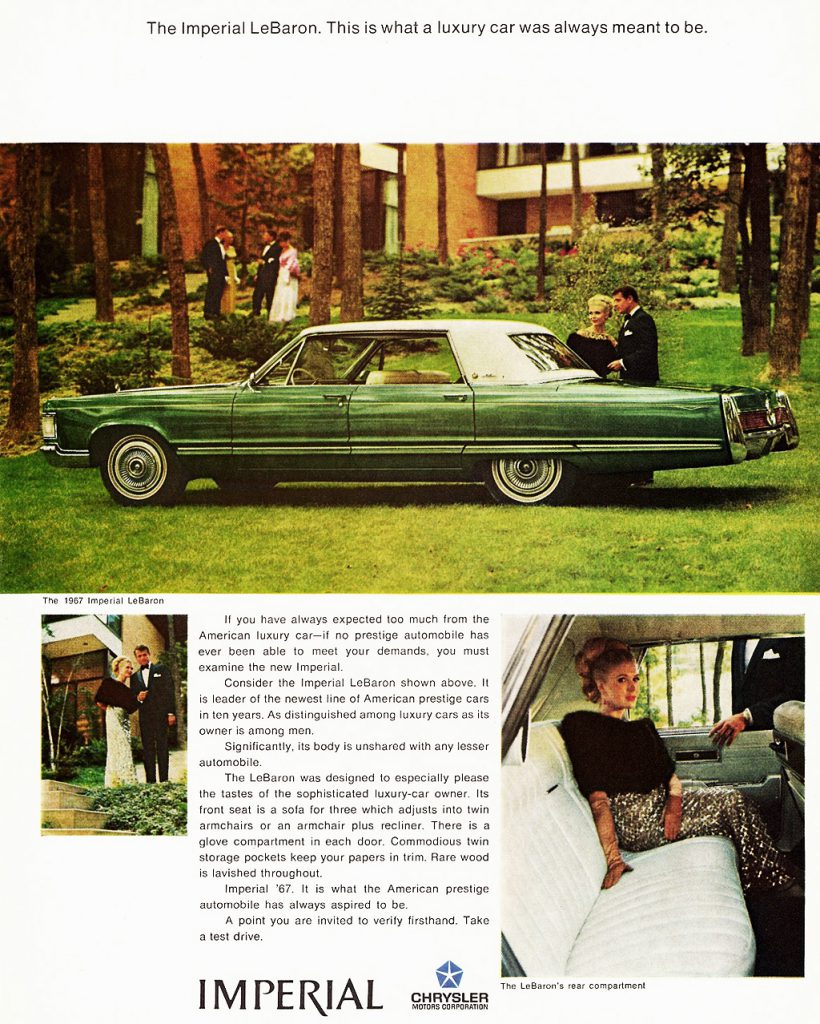 Coastal Drive Madness! A Gallery of Ads Featuring Cars at the Ocean 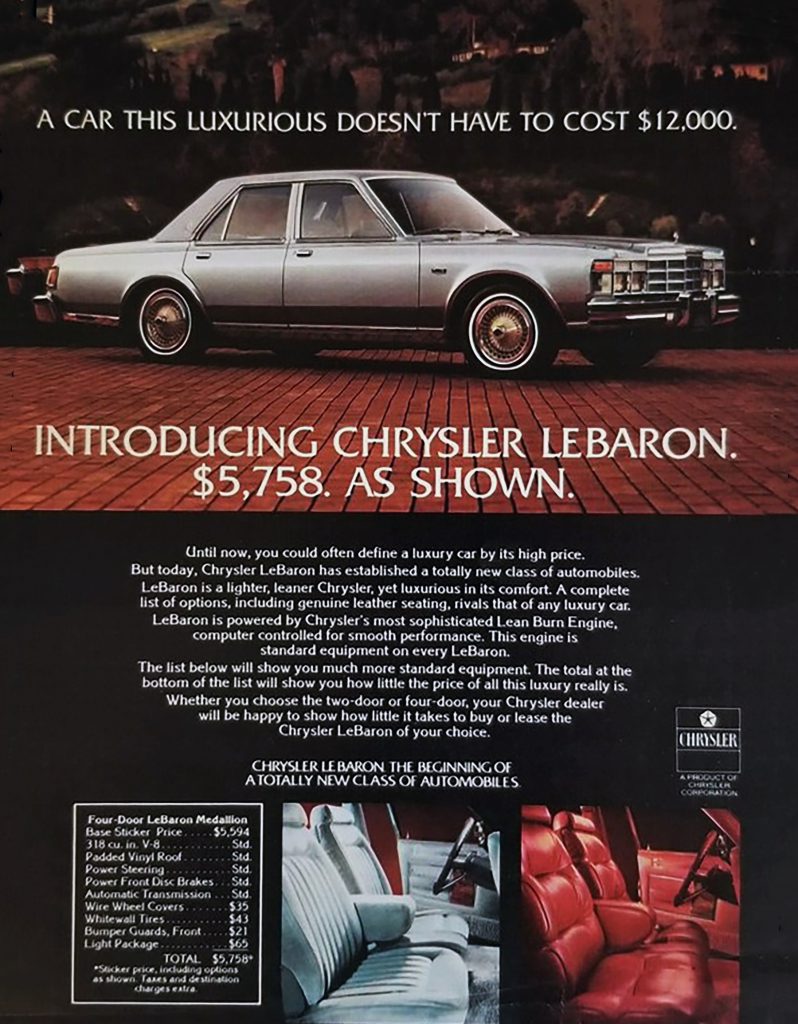 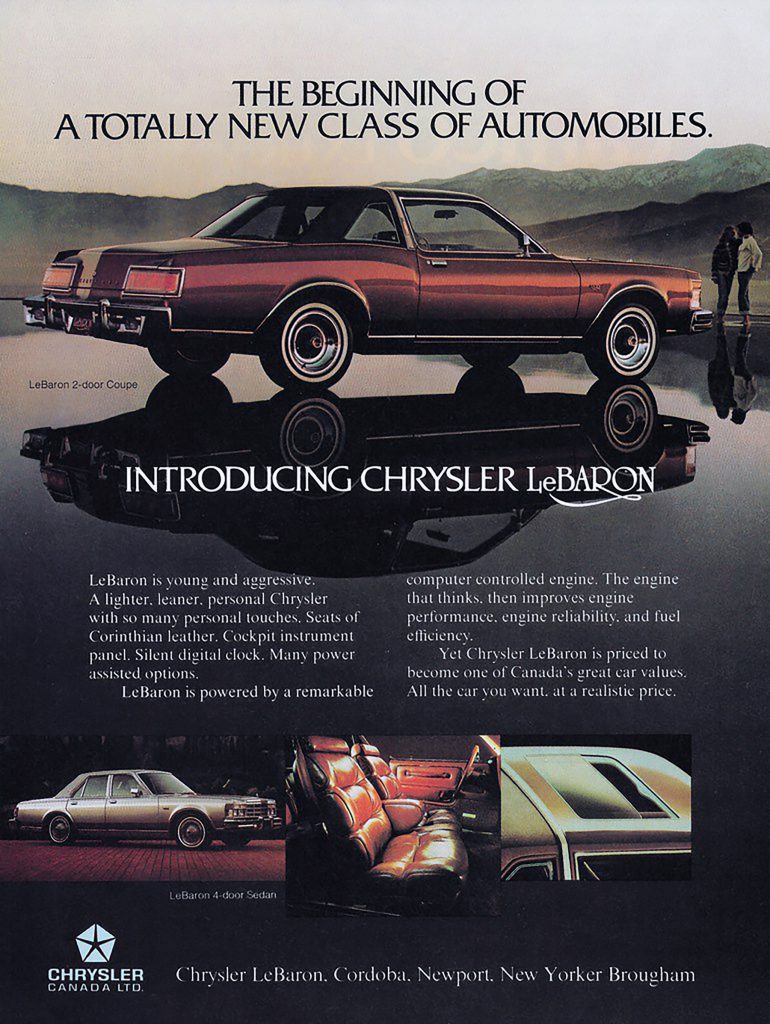 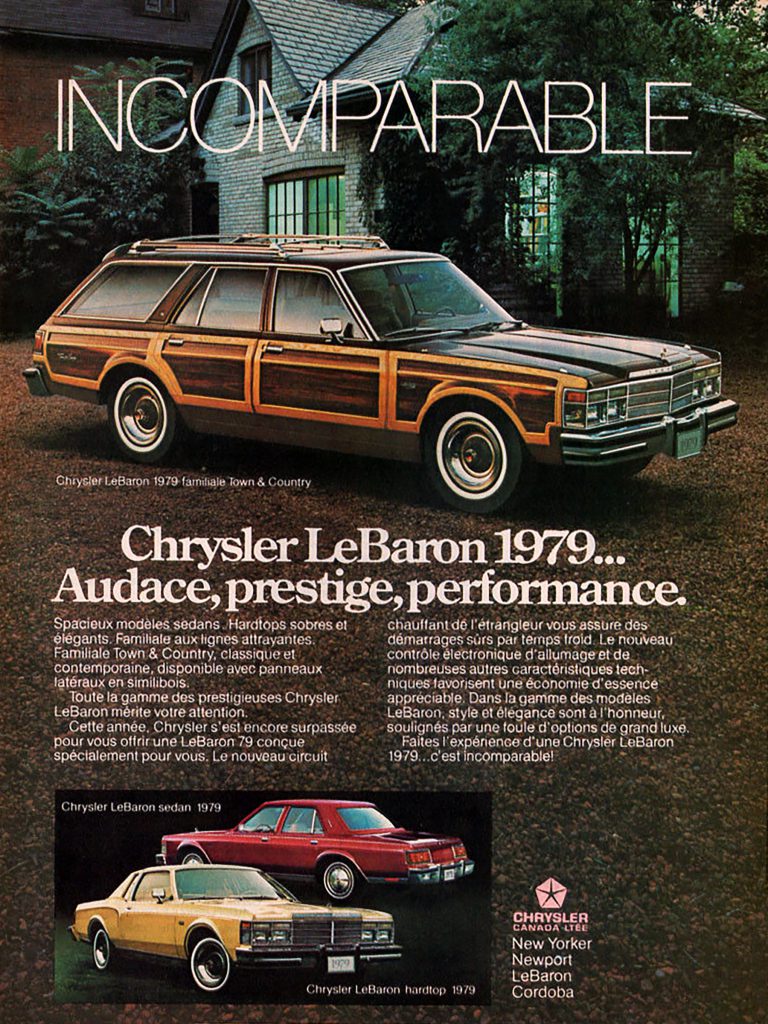 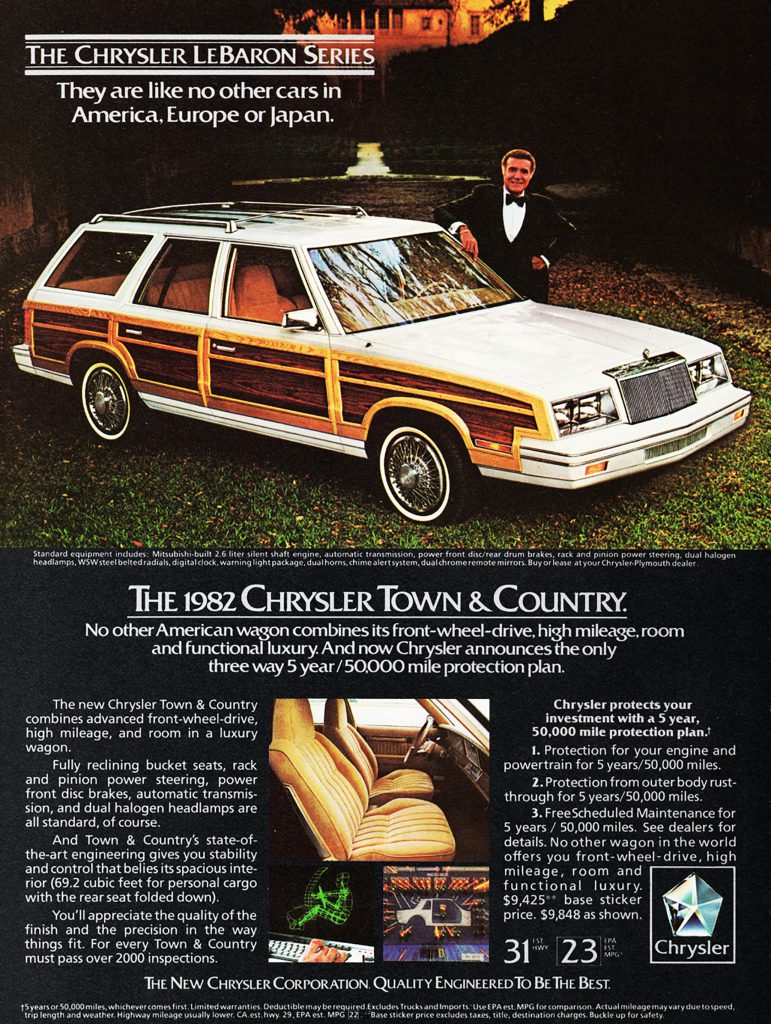 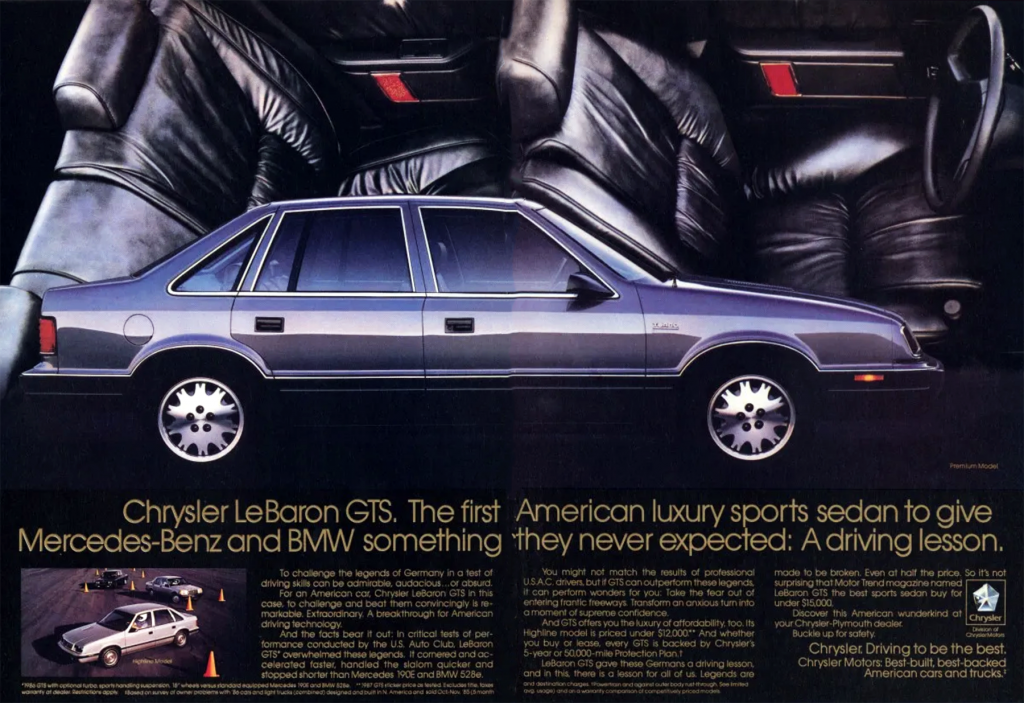 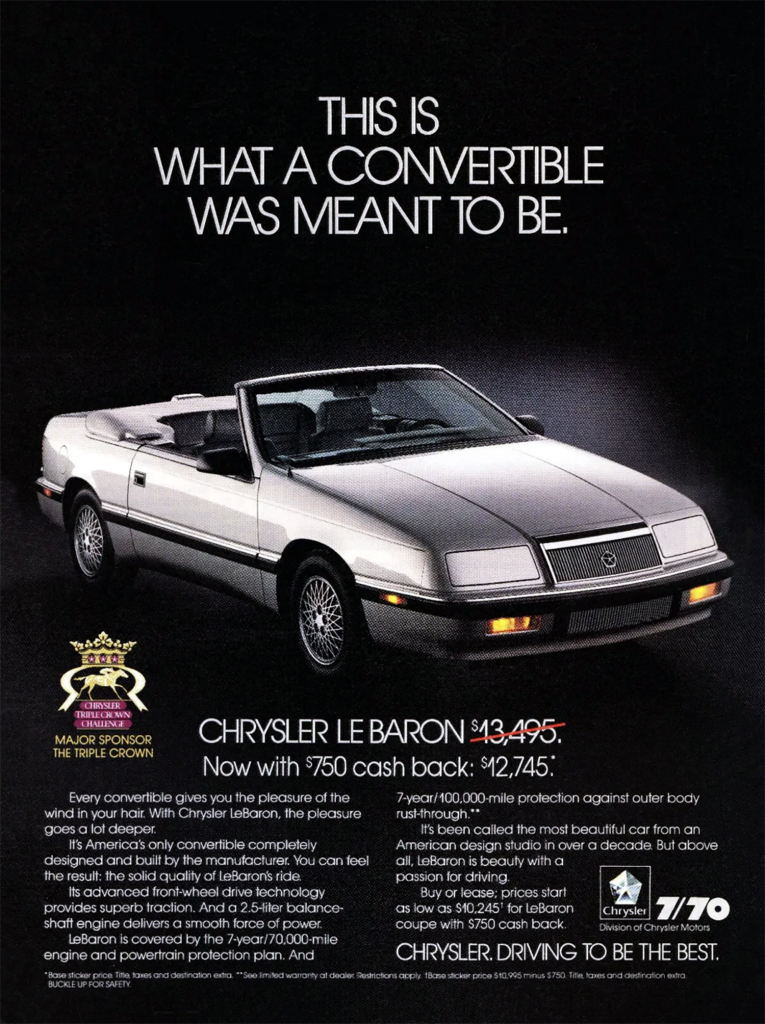 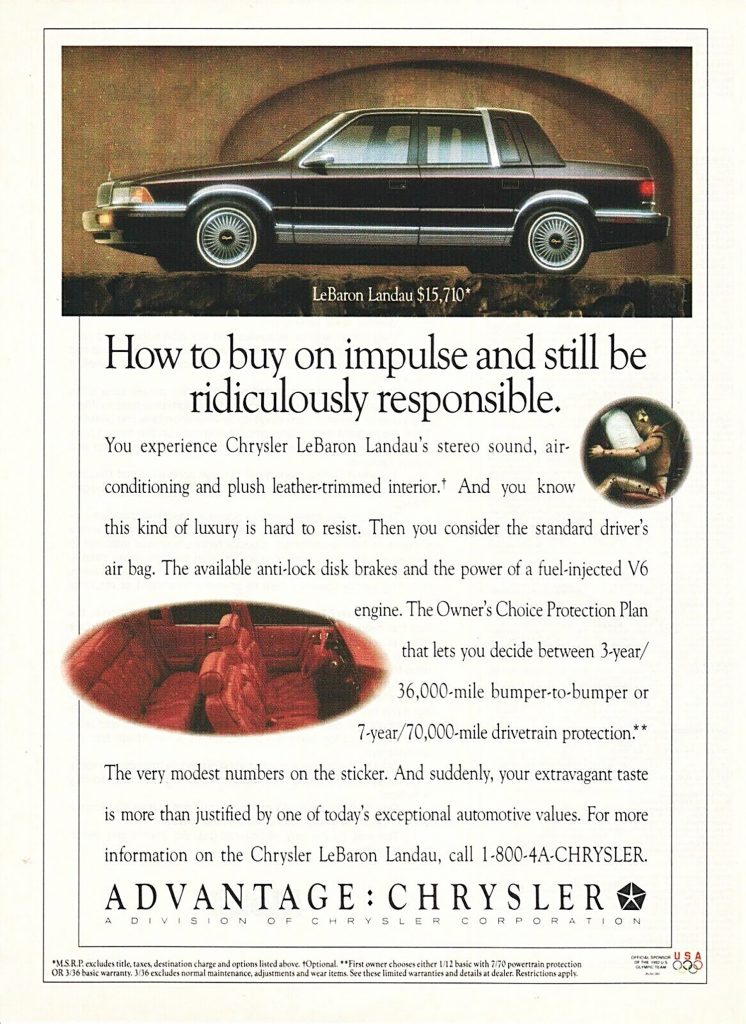 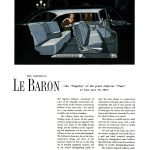 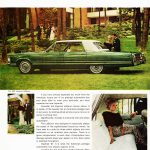 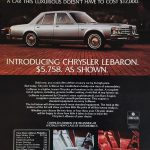 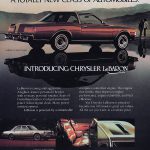 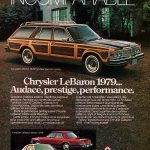 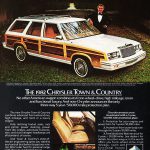 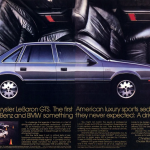 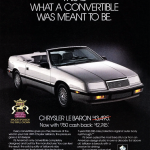 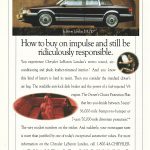