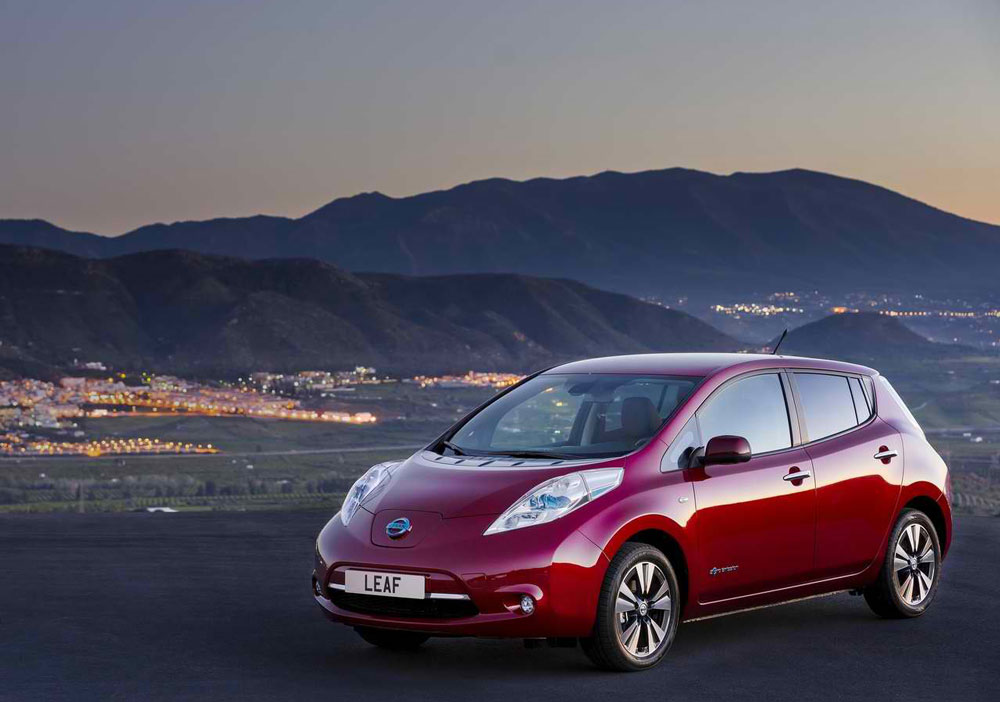 I spent much of this past week peppering fellow-editor Rick with little observations about our test 2014 Nissan leaf.   Little things, but meaningful things, the kind of things you might notice about a new house…or a new girlfriend. That’s when it struck me. I love the Nissan Leaf. Not just the idea of driving an environmentally friendly, easy-on-the-wallet ride, but the car itself.

Why I Love the Nissan Leaf

I never wanted to embrace the Leaf; I only wanted to admire it at arm’s length. Which is sort of my job. But, this crazy car grows on you. It even messes with you, which kind of adds to the appeal.

This is the third or fourth Leaf I’ve driven, and my experiences in previous Leafs were mostly positive. Leaf is a fine car, with few serious deficiencies other than the inability to cover 300 miles in eight hours.

But it was this past week in the Leaf that really sold me. Can’t say what exactly changed for me, but I can say that I want to buy one. Sadly, owning a Leaf wont quite work for Casa Appel, yet, but its something to think about when the kid hits driving age.

Anyway, in a nutshell, here are a few reasons that I have come to embrace the kilowatt goodness that is the Nissan Leaf:

And it should. But the whole charge-and-drive process quickly becomes second nature. I did things the opposite way most folks might, charging the car at the office instead of at home. But I found that replenishing the batteries to full after my 50-mile round trip never took more than the time between my arrival at work and lunch.

Popping the hood hatch and plugging in in the charger is simple enough, and doesn’t consume but a bit of time. Over a week, the time spent plugging in and unplugging a Nissan Leaf (or any electric car) wont amount to more than the time spent stopping for gas.

Leaf is a car, and a pretty good one at that. Forget that it’s electric, and driving one becomes a wholly unexceptional experience—in a good way. Unlike many electric and hybrid vehicles, even very good ones, Leaf’s brakes betray no signs of the regenerative braking taking place. Likewise, “throttle” response from a stop is immediate and reasonably brisk. This helps make easy work of driving in congested traffic. No, Leaf isn’t sporty, and I suppose it’s not fun to drive in any conventional sense, but it is rewarding to drive, especially if you appreciate how cool it is to burn electrons instead of petroleum.

I wont bust out the calculator here. I will just point out that driving 160 miles in an average compact sedan costs me about $23 in gas. Topping off the Leaf four times this week cost Consumer Guide less than two bucks.

It Likes to Mess With My Head

This past week in Chicago has been pretty mild weather wise, with temperatures hovering around 80 degrees. Still, I found that each time I started our test car after a top-off charge, a different “miles-to-empty” number came up. I saw as low as 95 miles, and as much as 105.

Additionally, the ’14 Leaf (which saw some significant technical upgrades) is the first electric vehicle to ever understate my remaining range—in some cases by as much as 20 percent. I found the car only overstated my available range on the highway—where I have been known to drive too fast.

Really, it is. Funny I never noticed it until this week, and then only when my wife commented on how cute the Leaf is. But, without looking overtly unconventional, Leaf is indeed charming in its own, eclectic way. 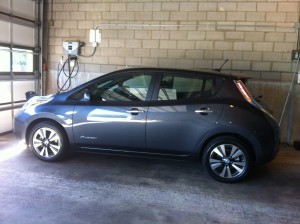 It’s Popular (at least with other Leaf owners)

Like the one-time cult of Saab, and the on-going Harley bond, Leaf owners like to greet Leaf owners. Fellow Leaf drivers waved me to no less than three times this past week. One guy actually bothered to catch up to me in traffic to give me the thumbs up. Note: Though still rare in parts of the country, the Chicago metropolitan area is crawling with Nissan Leafs, and Chevrolet Volts. Volt guys, by the way, wave to Leaf drivers, too.

My commute sucks. I’ve written about this before. And, if I had a thirty-mile each-way daily drive down fun twisty rural roads, I likely wouldn’t be as much of Leaf fan as I am. But, the truth is that I extract little if any driving pleasure from my daily back-and-forth, and that has a huge impact on how I feel about what I drive.

And, as fundamental transportation, the Leaf shines. It rides well, it’s quiet, it squirts through traffic, and you never have to stop for gas. I am not sure I could own just a Leaf, I think I’d need a 911 or a CJ-7 in the garage just to satiate my occasion need for raw mechanical intimacy, but I think I could live with a Leaf—and I just might. We’ll see what the kid thinks in a couple of years.

Challenges of Driving the Mitsubishi i