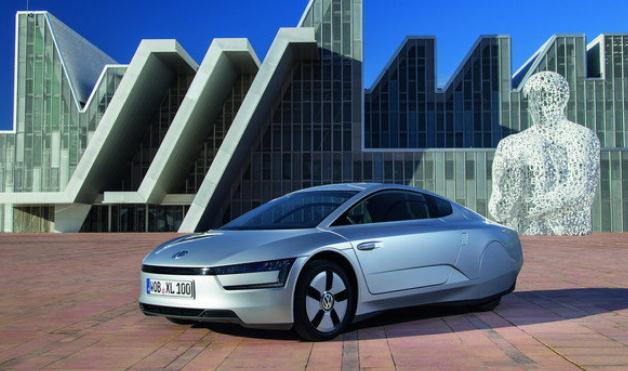 The 2016 Volkswagen XR1 is being mooted by Britain’s CAR magazine (June 2013 issue) as a conventionally powered sports-car spinoff of the German brand’s high-tech XL1 diesel-electric hybrid coupe. “VW has yet to sign off on the XR1, but insiders are talking positively,” says correspondent Georg Kacher, who also reports a possible starting price of £40,000, around $60,000 at current exchange rates.

Though Kacher provides no timetable, we think the XR1—which might get a different name for retail sale—could be ready for model-year 2016, as it’s expected to employ much of the XL1’s basic design and technology. Unlike the Europe-only hybrid, which costs some $120,000 and is being limited to just 250 copies, the XR1 could be sold in America as well and, given the projected price, should be far more readily available, though yearly production volume is anyone’s guess at this point.

Kacher’s report for CAR indicates the 2016 Volkswagen XR1 will use an adaptation of the lightweight, rear/mid-engine unitized architecture developed for the XL1 hybrid. This features a passenger cell made of carbon-fiber-reinforced polymer that is bookended by aluminum sub-frames carrying the powertrain, suspension, and other components. VW claims that steel and iron account for less than a quarter of the XL1’s feathery 1800-pound curb weight. The XR1 will have more metal and glass, but would be little heavier if VW engineers meet their road-ready target weight of 1900 pounds.

Like its hybrid parent, the 2016 Volkswagen XR1 will be a sloped-roof 2-seat hatchback coupe with dramatic gullwing doors and aluminum and/or composite body panels. The body itself, however, will be longer and wider to accommodate a conventional, lower-cost powertrain to replace the hybrid’s front-mounted battery pack and rear-mounted electric motor, transmission, and small 2-cylinder turbodiesel engine. These changes should also make room for a small trunk at one or both ends, something the hybrid lacks. We’re estimating the transformation from XL1 to XR1 will mean a sizeable 4-inch gain in wheelbase, an extra 2 inches in overall length, and a 3-inch add to overall width. The last stems from use of side-by-side seats instead of the hybrid’s staggered layout in which the passenger sits further aft than the driver, an arrangement chosen to minimize body width and thus lower fuel-sapping aerodynamic drag. Despite its upsizing from the hybrid, the XR1 will be about as small as a front-engine Mazda MX-5 Miata and possibly several hundred pounds lighter, so fun-to-drive agility should be a major attraction.

CAR’s speculative computer renderings suggest designers will use the larger dimensions to give the 2016 Volkswagen XR1 a more-aggressive look than the aero-optimized XL1. Probable key changes include a longer, more-sculpted nose with flamboyant trapezoidal light clusters flanking VW’s now-customary slim, full-width grille; open instead of covered rear wheels; and a liftgate window to replace the XL1’s mostly solid panel. Interestingly, Kacher reports XR1 will eschew outside mirrors for door-mounted rearview cameras, as on the hybrid, as “VW is vowing to productionize this feature [and because it] has a major aero benefit, reducing drag and wind noise.” Camera images are displayed on a pair of in-cabin monitors, which will probably sit at the base of the windshield pillars.

Also per XL1, the gullwing doors are cut into the roof to ease entry/exit in this very low car. And like the infamous DeLorean of “Back to the Future” fame, each door has a small opening sub-window as a further aero enhancement.

Kacher reports that although “engineers are mulling over a [small-displacement] turbo and supercharged [3-cylinder engine] or maybe a [different] hybrid [drive]” for the 2016 Volkswagen XR1, “the smart money is on the Golf GTI’s turbocharged four…’It looks the most promising option,’ says our insider. ‘It’s barely bigger and heavier than a three.’” That choice makes sense to us, as the GTI’s front-drive powertrain, complete with transmission and suspension, could be easily transplanted behind the cockpit to drive the rear wheels a la the old Fiat X1/9, Pontiac Fiero, aforementioned DeLorean, and other “parts bin” midships sports cars. We’d guess the XR1 will have a bit more power and torque than the GTI, but not too much more, as the low-weight, low-drag design implies very lively acceleration without muscle-building measures that might compromise fuel-economy and emissions performance. Indeed, Kacher says the XR1 could be faster than a base Porsche 911 Carrera, capable of 0-62 mph in 4.6 seconds or less and a top speed touching 190 mph. CAR’s man also notes potential fuel economy in the region of 60 mpg U.S.

We’d guess the 2016 Volkswagen XR1 will be offered only with VW’s 6- or 7-speed DSG automated-manual transmission, which can be operated manually or set to shift like a regular automatic. Why no manual? Because DSG tends to deliver better performance, emissions and mpg numbers than a manual transmission, all else being equal. It also better suits American buyers, the vast majority of whom prefer automatics.

The transplanted GTI power pack suggests the 2016 Volkswagen XR1 will have a strut-type independent rear suspension and perhaps multilink front geometry—essentially the GTI’s rear suspension in a new location. Brakes are sure to be good-size 4-wheel discs with ABS and integrated VW ESP stability system/traction control. Wheels should be 16- or 17-inch lightweight alloys shod with handling-biased “summer” tires or no-cost-option all-season covers. Other chassis features should include electric-assist steering, electronically controlled limited-slip differential, and VW’s Active Chassis Control (ACC) with adaptive shock absorbers that vary firmness through driver-selectable Comfort, Normal and Sport modes.

As the new technology and performance flagship for the “people’s car” brand, the 2016 Volkswagen XR1 will likely offer many other GTI features, both standard and optional, plus a few items borrowed from upscale sister division Audi. The latter category might include a rearview backup camera and/or obstacle detection (a virtual must with the slinky low-slung styling); steering-linked, self-dimming bi-xenon headlamps; adaptive cruise control with automatic low-speed braking; onboard Wi-Fi; a navigation system with Google maps and apps; and a powertrain/chassis controller like Audi’s Drive Select setup. We imagine that interior design, materials and finish will be Audi-grade too, with a “tech-y” aesthetic highlighted by liberal doses of aluminum and/or carbon-fiber trim and a choice of premium cloth, leather, and leather/synthetic-suede upholstery.

There seem to be two motivations behind the 2016 Volkswagen XR1. First, it will give VW a striking showroom lure that would presumably reinforce the brand’s reputation for affordable “German-engineered” performance. In essence, the XR1 will be an attention-getting “halo” car for VW, just as the mid-engine R8 is for Audi. Second, and perhaps more important, the XR1 allows VW to realize a greater return on investment in the costly XL1 hybrid, particularly development of the lightweight carbon-fiber architecture. However, that and the unique mid-engine package means the XR1 will share very little with anything else in the vast VW Group stable, and that lack of cost-paring component sharing—GTI powertrain excepted—explains both the relatively steep projected price and availability that will likely be quite limited by VW standards.

As noted, the 2016 Volkswagen XR1 will price from around $60,000, according to Mr. Kacher of CAR. Though it’s unclear where he got that figure, we assume it reflects conversations with VW personnel who are close to or involved with the project. And knowing how VW operates, we’re sure it’s realistic—unless the company plans to take a loss on each sale for the sake of “brand promotion,” something that’s well within the realm of possibility, given VW Group’s deep pockets.

On paper at least, the 2016 Volkswagen XR1 should be a top-flight driver’s car, thanks to the superior dynamic ability implied by its high-tech, low-weight, rear/mid-engine design. Add in the punchy GTI powertrain, and the result should be Porsche-worthy go combined with hybrid-level fuel thrift. But if Mr. Kacher is right, the XR1 will cost as much as a Porsche Boxster S roadster, and for most Americans that’s probably too much for a VW, given the meager demand for the pricey Touareg SUV and the departed big Phaeton sedan.

Still, the XR1 is largely an image-builder, not high-volume money-spinner, and it will probably be a sell-out in Europe, where the VW badge gets far more respect than it does in the U.S. of A. So yes, VW may have reason to keep the XR1 “over there,” alongside the XL1 hybrid, but we hope they won’t. The XR1 may be “just” a VW, but it promises to be something very special indeed. Rare, too. We’re keeping our fingers crossed.