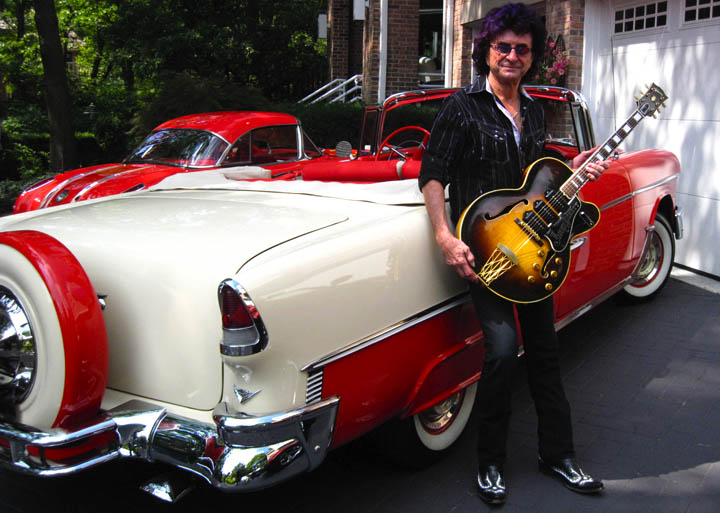 Jim has a thing for matching cars and guitars of the same model year. Here, he poses with his 1955 Gibson and ’55 Chevy.

Unless you’re a serious rock ’n’ roll aficionado, the name Jim Peterik might not ring a bell. Remember the Survivor song “Eye of the Tiger”? Of course you do . . . and now you’re probably humming it. Well, Jim cowrote that song as a founding member of Survivor. And prior to the success of “Eye of the Tiger,” Jim penned another memorable hit with his first band The Ides of March—the rollicking 1970 tune “Vehicle.” He’s had a hand in many other Top 40 hits over the years as well, working with artists such as .38 Special and Sammy Hagar. These days, Jim remains incredibly active as a musician, songwriter, and producer. He performs regularly with a handful of bands and enjoys working with new talent on his own label, World Stage International.

Turns out that Jim is also a car guy, and Consumer Guide Automotive recently enjoyed an exclusive peek at his, uh, vehicles. We tagged along with our longtime friends (and legendary Chicago radio hosts) Steve King and Johnnie Putman as Jim graciously gave us a tour of his collection and suburban Chicago home.

Although “Vehicle” obviously has a 1970s groove and “Eye of the Tiger” might be the ultimate 1980s anthem, Jim’s tastes in cars, guitars, and music are firmly rooted in the 1950s. The two Eisenhower-era classics currently in his stable are immaculate examples of a 1955 Chevrolet Bel Air convertible and a 1958 Chevrolet Corvette. If the right car comes along, he would love to add a 1956 Thunderbird and/or a 1956 Mercury to his stable. And though he usually prefers factory original machines, he has a soft spot for 1949-51 chopped-top Mercury customs as well. In the meantime, he’s thoroughly enjoying his classic Chevys, and when he’s in the mood to drive a more modern-day dream machine, he can choose from his 2002 Chrysler Prowler and 2008 Lamborghini Gallardo convertible. 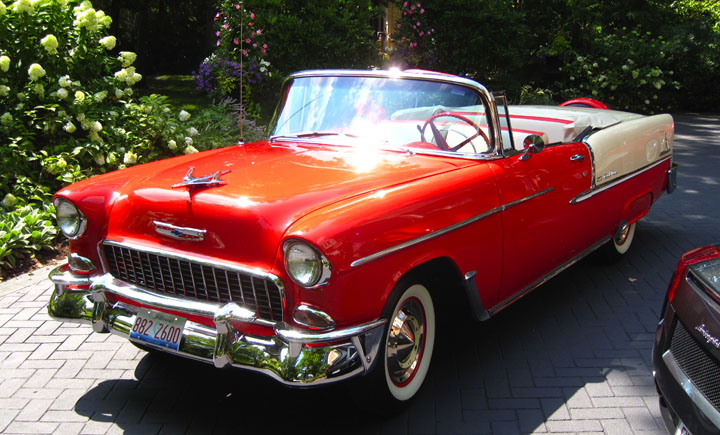 A red-and-white ’55 Chevy ragtop is about as iconic as a ’50s car comes. Jim’s is fully accessorized with fender skirts, front and rear bumper guards, and a continental kit. 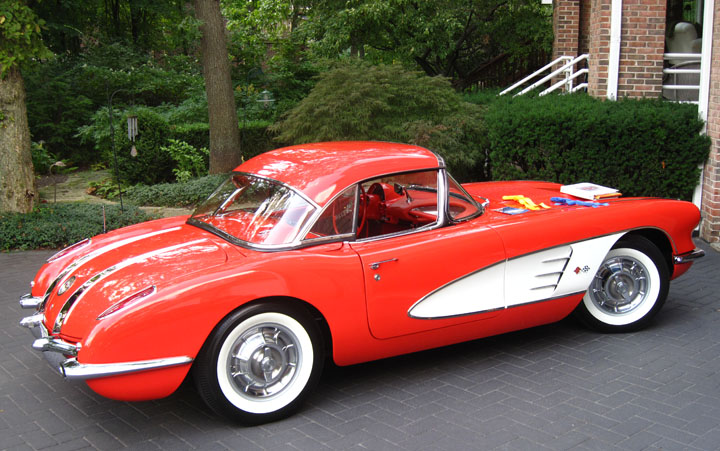 Jim’s favorite Corvette is the ’58, and his Signet Red/Snowcrest White example is one of the nicest around. Displayed on the hood are the car’s original documentation and the gold and blue ribbons it has won from the National Corvette Restorers Society. 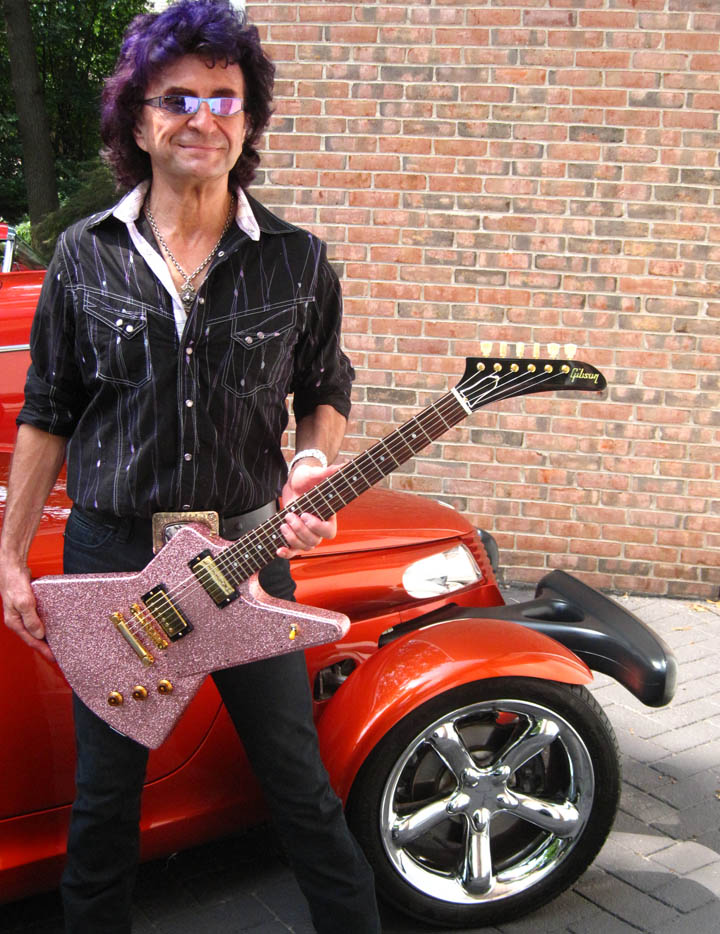 A 2002 Chrysler (née Plymouth) Prowler in Burnt Orange Pearl Metallic rounds out Jim’s “fun-car” stable. Jim is aware that some enthusiasts look down their noses at the Prowler, but it doesn’t bother him that a stick-shift V8 and super-hero acceleration aren’t part of the Prowler package. “That’s not what it’s for,” he shrugs. Jim is satisfied to simply cruise reliably and turn a few heads—two areas where the Prowler excels. 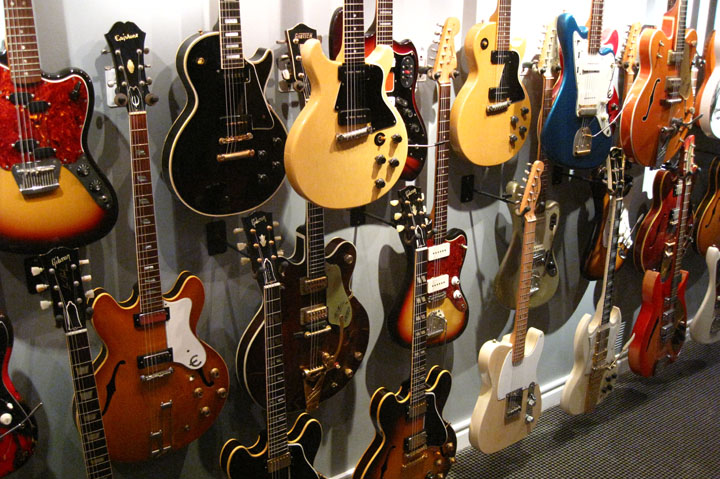 Jim’s home doubles as a first-class recording studio, and his collection of guitars is . . . formidable. At any place inside the house, one is never more than a few steps away from a musical instrument of some type. 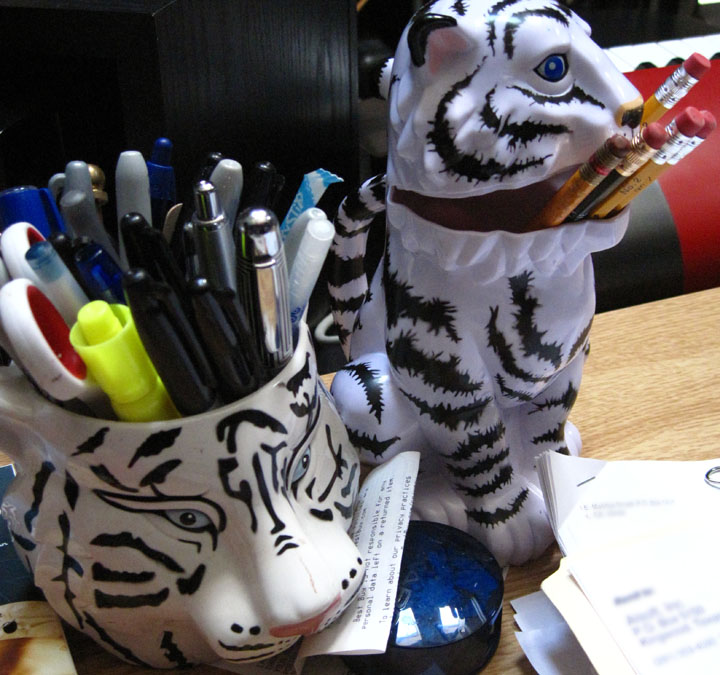 When “Eye of the Tiger” is on your personal discography, tiger-themed knickknacks find their way to you. 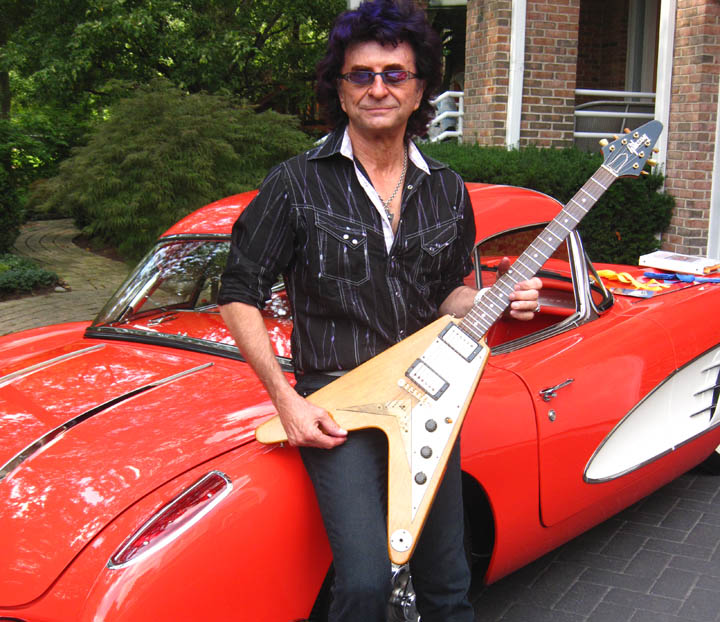 Jim poses with his original 1958 Gibson Flying V guitar and his ’58 ’Vette. 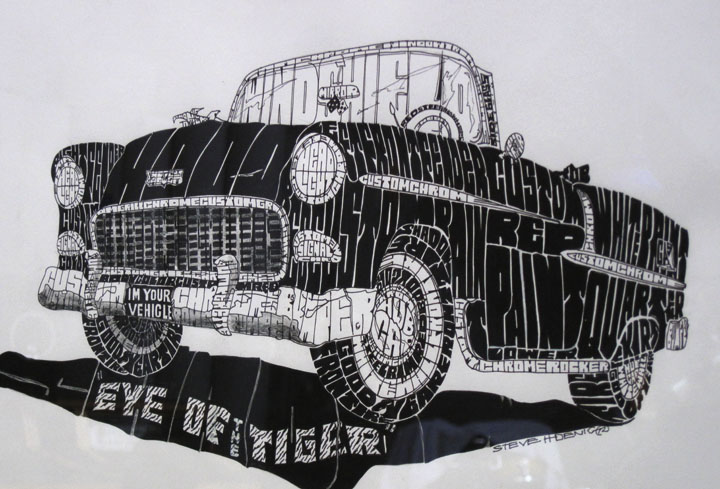 Original artwork abounds in the Peterik household. A friend of Jim’s created this cheeky portrait of the ’55 Chevy, cleverly working in verbal descriptions of the individual parts into the illustration. 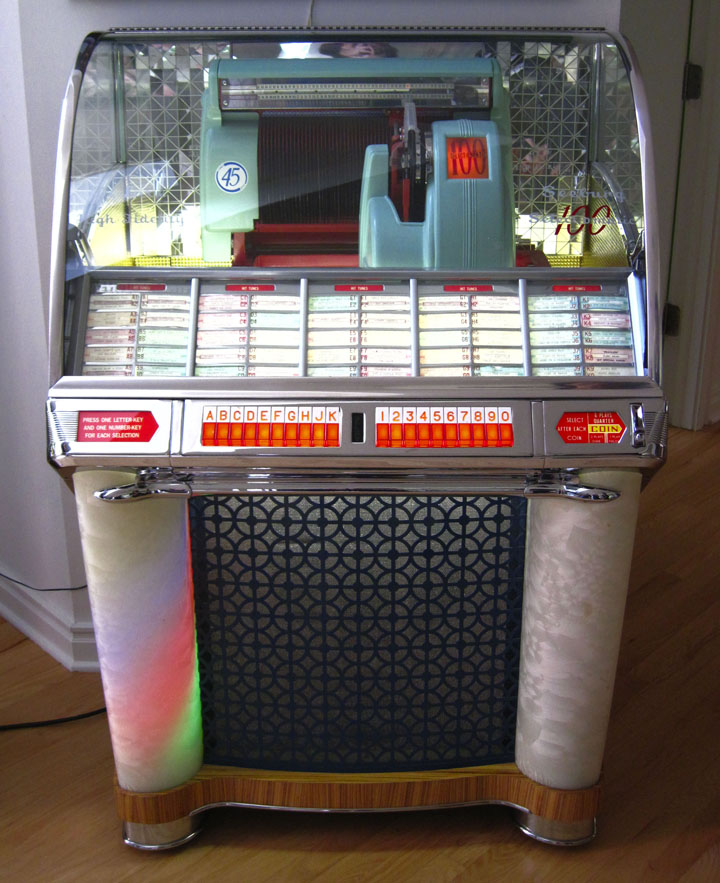 A fully functional, almost eerily pristine Seeburg Select-O-Matic 100 jukebox resides on the first floor of the Peterik home. It’s a lot more interesting than an iPod. 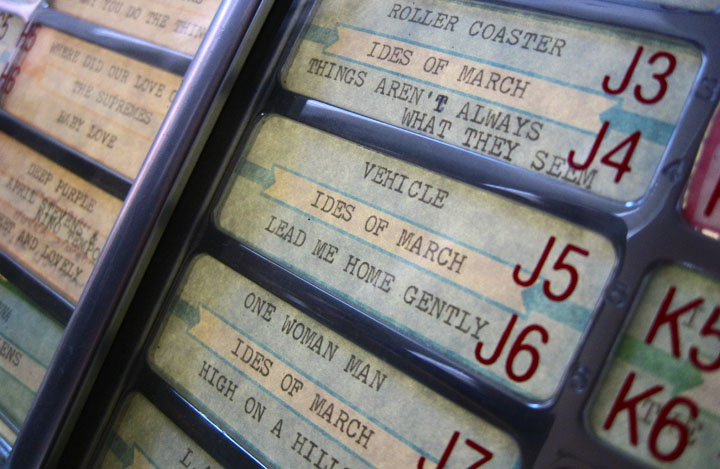 The jukebox is fully stocked with a great selection of vintage 45s . . . including a generous helping of Ides of March and Survivor songs, naturally.