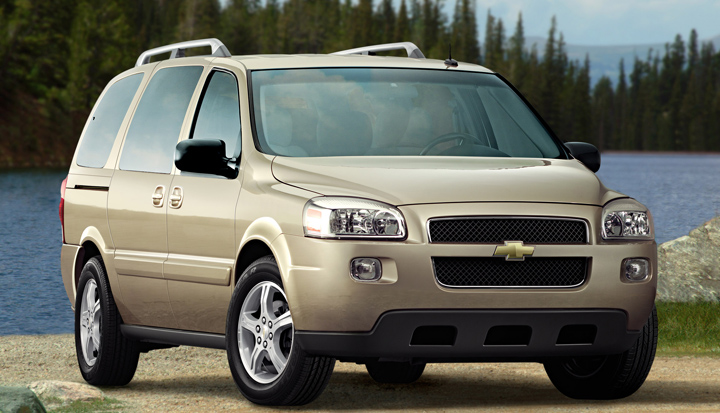 Ed may have been tempted to push this 2007 Chevrolet Uplander into the lake!

I might have just answered my own question in the title. After reading the blog about the Pontiac Aztek by my boss—CG publisher and automotive sage Tom Appel—it got me thinking about General Motors’ other vehicles that used the old Chevrolet Venture minivan platform.

Aztek ultimately met its demise after 2005 (the more-upscale Buick Rendezvous continued until 2007). At that time, GM was taking another stab at the minivan market. In probably the worst case of badge engineering since the Buick Skyhawk/Cadillac Cimarron/Chevrolet Cavalier/Oldsmobile Firenza/Pontiac Sunbird debacle of the 1980s, GM launched not one, not two, not three, but four new minivans for the 2005 model year. 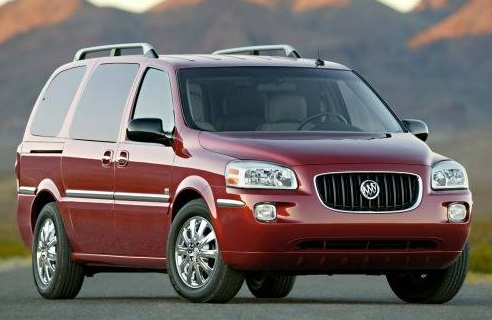 Ah, but GM said not to call them minivans. Rather, this foursome was a set of “crossover sport vans.” They combined all the practicality of a minivan with SUV-inspired looks and available all-wheel-drive capability. What could go wrong? In a word: everything.

Disclaimer: I did public relations work on a contract basis for General Motors’ Chicago regional office in 2005. During that time, the Uplander and its ilk were unleashed on an apathetic public. One assignment required me to attend a dealer training program in Wisconsin. I was able to borrow an Uplander for the trip. It seemed like win-win; I would get familiar with a product I was representing while avoiding putting a substantial amount of mileage on my personal vehicle.

Even in 2005, it was pretty hard to find significant faults with the vast majority of vehicles on the market. Uplander, though, fell into that minority. While I was getting paid to be nothing but positive about this product, that was tremendously hard to do. 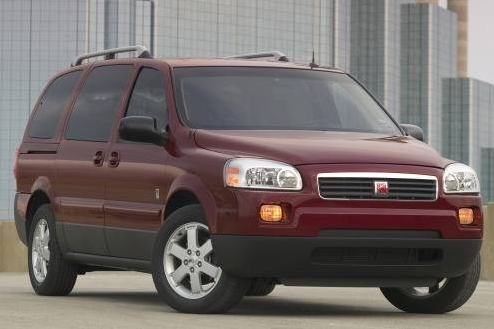 Uplander’s anemic 200-horsepower 3.5-liter V6 engine, paired with a reluctant 4-speed automatic transmission, meant that this van could barely get out of its own way. I did not agree with Consumer Guide’s sentiment that Uplander felt quicker than GM’s quoted 10.5-second 0-60-mph time. The then class-leading Honda Odyssey and Toyota Sienna both used smooth 5-speed automatic transmissions and came with 255 and 230 horsepower, respectively. GM did eventually rectify the power problem by equipping later versions of these vehicles with a 240-horsepower 3.9-liter V6, but that was too little too late.

People might not buy minivans for power, but they want safety and flexible passenger and cargo accommodations. Uplander and its siblings fell flat on all counts. As rivals added important safety equipment, GM’s vans did not come with head-protecting curtain-side airbags, instead relying solely on thorax-protecting side airbags. In terms of space, Chrysler landed a punch square to GM’s throat with the introduction of its to-this-day-unrivaled Stow ’n Go seating system, which allow both the 2nd– and 3rd-row seats to fold completely into the cargo floor. With the seats raised, the space the folded seats occupy serves as covered storage bins. Uplander had three strikes against it and wasn’t even in the batter’s box. 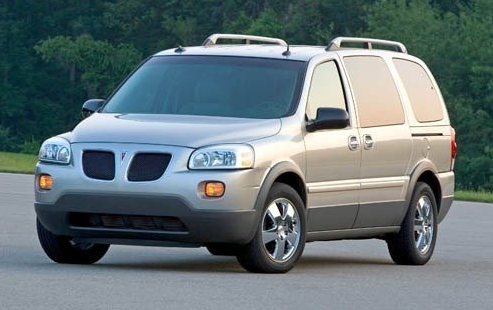 There were precious few good things to say. The ride was OK, and you could get some models with all-wheel drive. The Buick Terraza had some nice interior materials, and Uplander was often cheaper than its rivals when comparably equipped.

That’s where my praise ends. Consumer Guide said in 2006, “Uplander and the GM minivans that share its basic design—the Buick Terraza, Pontiac [Montana] SV6, and Saturn Relay—still lag Chrysler, Honda, and Toyota rivals in many key areas.” I’d say we were being charitable. Uplander and its stablemates are relics that should be consigned to the dustbin of automotive history. Let us never speak of them again.