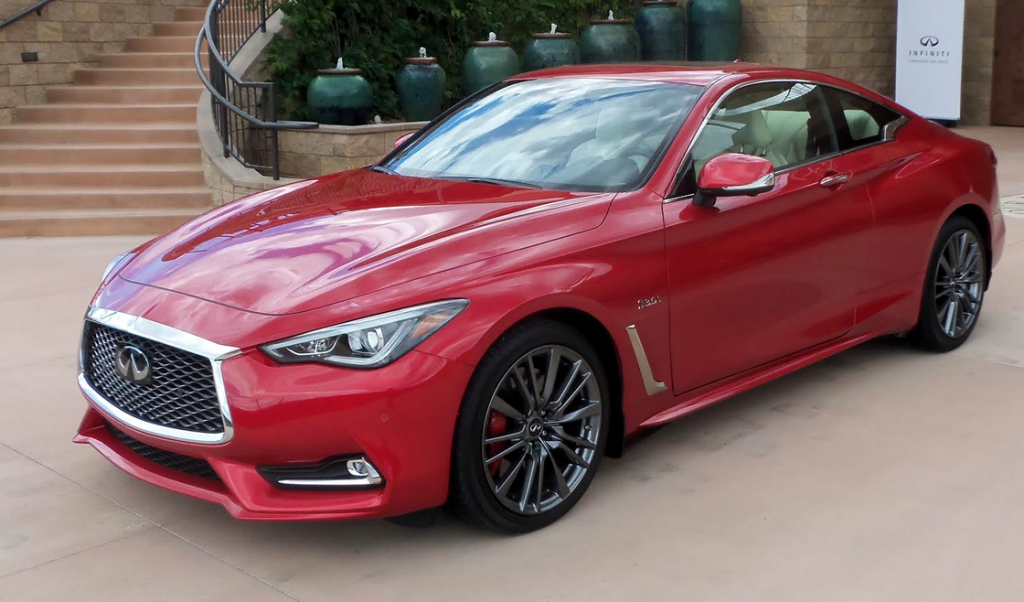 Coupes account for only five percent of the premium vehicle market, but they’ve also traditionally been important halo vehicles for their respective brands. That’s certainly been the case at Infiniti, where the Q60 coupe and convertible (and their G35/G37 predecessors) have typically been the most stylish and dynamic vehicles in the marque’s model lineup. After a year’s absence, the Q60 coupe returns for 2017 with a new design that shares elements of its architecture with the Infiniti Q50 sedan. We recently had the opportunity to sample the hottest version of the Q60 on a San Diego-area drive route.

The new Q60 is about the same size as the car it replaces. Wheelbase remains the same 112.2 inches, but overall length is about 1.5 inches greater. Weight is down slightly by about 50-100 pounds. The previous Q60 was only offered with a naturally aspirated 3.7-liter V6. The new Q60 offers the option of a turbocharged 2.0-liter 4-cylinder with 208 horsepower or a twin-turbocharged 3.0-liter V6, which is rated at 300 horsepower in 3.0t Premium and 3.0t Sport models or 400 hp in the top-line Red Sport 400. All engines mate to a 7-speed automatic transmission—to the chagrin of at least a few enthusiasts, the 6-speed manual is no longer offered. Rear-wheel drive is standard and all-wheel drive is offered on all models. 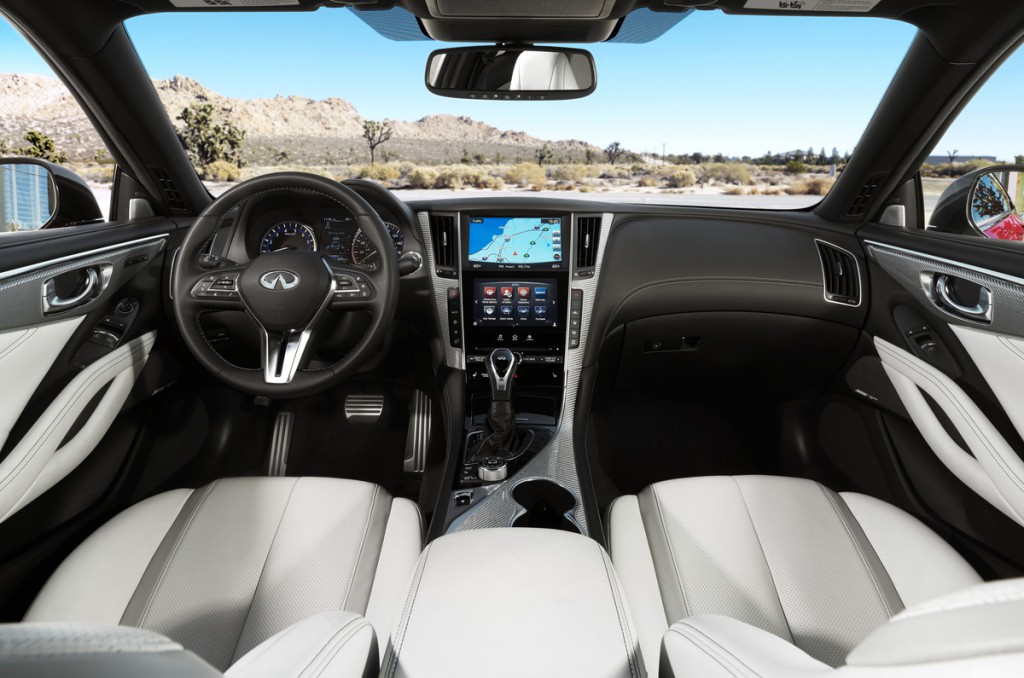 The Q60 cabin has a genuine high-end feel, with impressive materials and fine assembly quality. The front seats are especially comfortable. 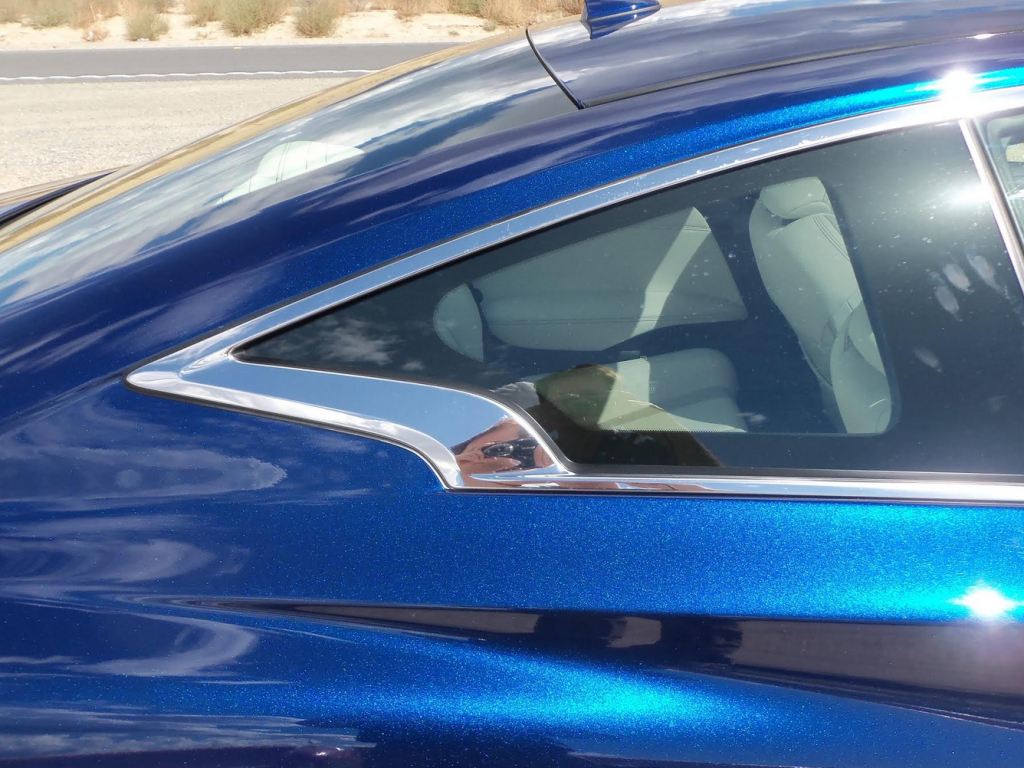 BMW has its signature Hoffmeister Kink rear-pillar treatment, and now Infiniti has its distinctive Crescent-Cut design.

Only Red Sport 400s with the optional Direct Adaptive Steering (DAS) system were available to test on our San Diego drive event. DAS is the second generation of Infiniti’s “steer-by-wire” system that has no mechanical connection between the steering wheel and the front wheels—however, there is a mechanical linkage that engages in case of electronic failure. DAS allows variation in the ratio and effort of the steering. Q60 Sport models have standard adaptive suspension with three drive modes. Standard mode offers a firm, but comfortable ride with light steering effort. Sport and Sport + modes have firmer suspension and steering effort, along with quicker steering ratios. In Sport + mode, bumps are felt more sharply, but the ride is never uncomfortable—at least on the relatively smooth California roads of our test drive. The Q60 corners flat with excellent grip. The DAS steering is quick and precise, although some might find the feel slightly artificial.

The Red Sport 400 certainly feels quick, with no noticeable turbo lag. The twin-turbo V6 is smooth and quiet throughout its rev range—perhaps too quiet, as there is no sporty growl when accelerating. The 7-speed automatic shifts promptly in automatic mode, but there is a delay for part-throttle shifts when using the shift paddles in manual mode.

Red Sport interiors are nicely finished and offer a choice of carbon-fiber or silver carbon-fiber trim. The front seats are comfortable with good support. The rear seats have better legroom than most coupes, but headroom is severely restricted—most adult rear passengers will be forced to sit in a crouched position. 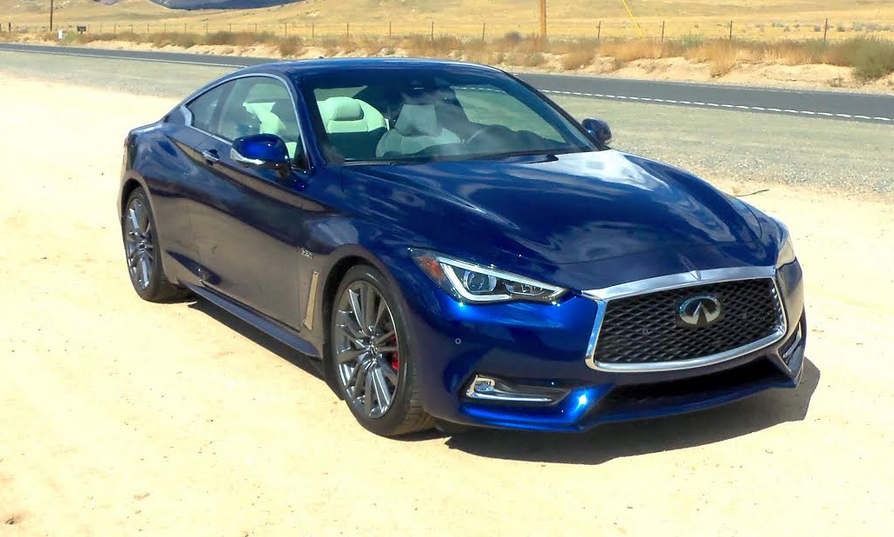 The Q60 offers only turbocharged engines for 2017. So far we’ve sampled only the 400-horsepower Red Sport V6, which supplies ample quantities of passing and merging power.

The glovebox is average size, but center-console storage is stingy. The trunk is also small at 12.1 cubic feet, although the rear seatbacks can be folded for extra cargo room. The Q60 has a large 21.1-gallon fuel tank, and this probably cuts into trunk room.

As before, the Q60 is an interesting alternative to its pricier German rivals such as the BMW 4-Series and Audi A5. The addition of a four-cylinder engine and new V6 engine, along with a competent new platform, make the Q60 well worth checking out.