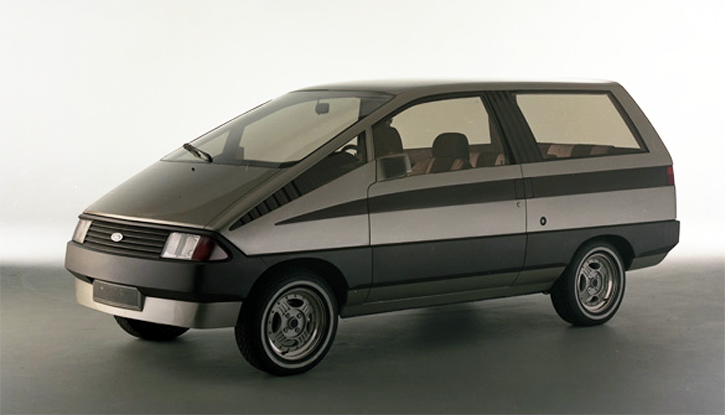 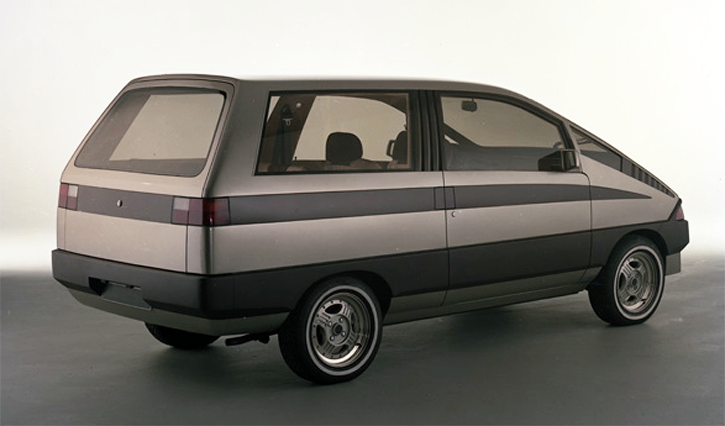 Sales Pitch: “The Ford of the near future.”

Details: The Aerovan was one of a quintet of forward-looking concept vehicles Ford introduced in 1982. Debuting along with the Aerovan was the high-efficiency 2-seat Super Gnat; the tiny Shuttler aerodynamic commuter; the Pockar 4-passenger urban transport; and the Cockpit, a wedge-shaped 3-wheel runabout.

Penned by Italian design house Ghia, a long-time Ford collaborator, the Aerovan was the largest of this batch of concept vehicles, and the most practical. Based on the Ford Escort, the Aerovan rode on the same wheelbase as that car, but was 12 inches shorter overall and 7 inches taller. The front-wheel-drive Aerovan boasted seating for seven, but only two doors.

As a predictor of the minivan, the Aerovan preceded Chrysler’s Dodge Caravan/Plymouth Voyager duo by two years, and the Ford Aerostar by four years. Another Ghia-designed Ford van concept, the APV, hit the auto-show circuit for 1984, the same year the Chrysler vans debuted. Also seen in 1984 was the Ford-designed Aerostar Concept, which closely approximated the general look of the production vehicle of the same name.

CG Says: If anything, the trio of Ford small-van concepts seen here demonstrate the company’s vision, and ultimately its hesitancy, in committing to an all-new market segment. Unfortunately for Ford, that delay gave the Chrysler vans a huge lead in the category.

It’s interesting how much the production Aerostar looked like the Aerovan concept, despite the fact it drew key features (such as the sliding side doors and more generous proportions) from the APV Concept. Regrettably, the production Aerostar was designed around chassis elements borrowed from the Ranger compact pickup. While this shortcut reduced cost and development time, it also resulted in a passenger van with a relatively high step-in height, and less cabin space than a van based on new front-wheel-drive architecture might have offered.

A 1987 Ford concept van called the HFX Ghia Aerostar featured a number of upgrades that would eventually become available on the production Aerostar, including a digital dash display and all-wheel drive.

Though the original Ghia Aerovan Concept was a little small (especially for a vehicle with three rows of seats), one wonders how well a production version might have sold. It would have likely been too small for the American market, but it could have sold very well in Europe and South America. 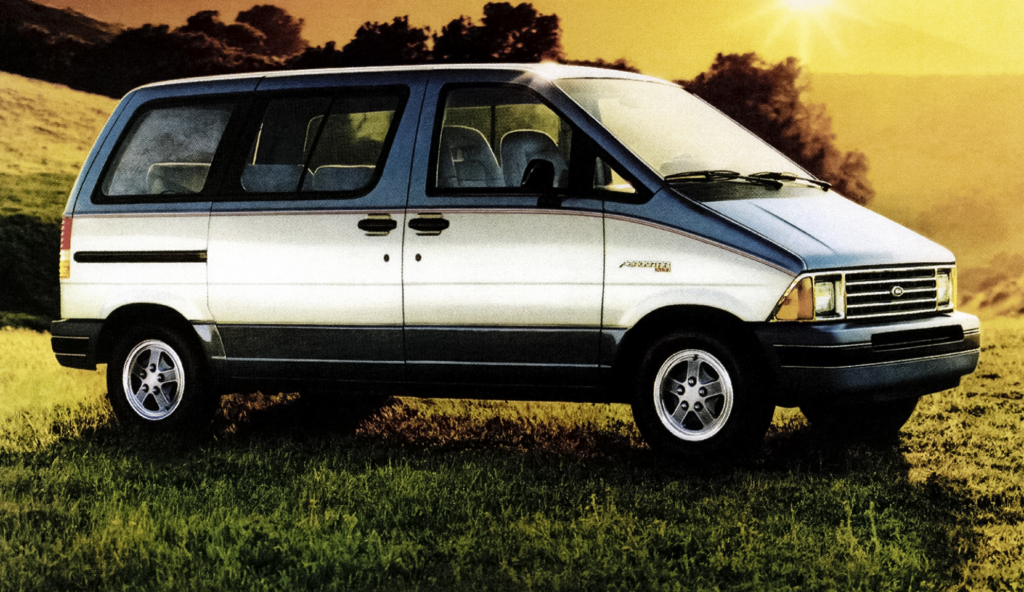