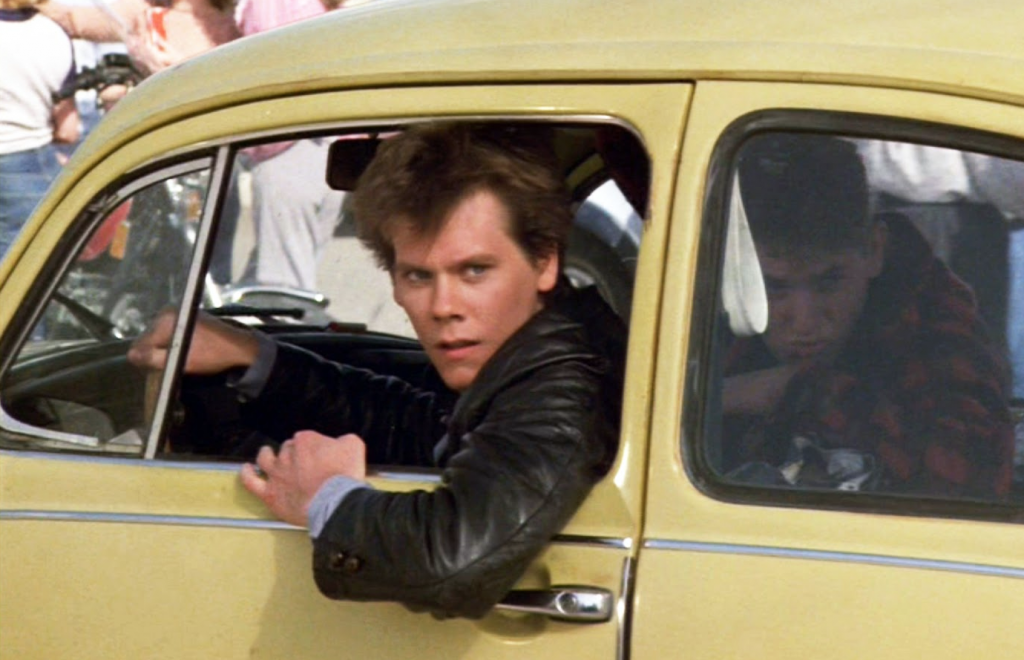 What, exactly, does Kevin Bacon have in common with Clint Eastwood? Read on…

On the other hand, some of the greatest films ever produced are Westerns. Fred Zinnemann’s High Noon, starring Gary Cooper and Grace Kelly, is an outstanding film, and features characters of great depth and nuance. But for every High Noon there are a dozen films like Guns of the Magnificent Seven, a sequel of a sequel that in no way honors the original film.

It was with wonderful intentional irony then, I assume, that Sergio Leone titled his Western masterpiece The Good, the Bad and the Ugly. With that title, Leone disposes of all minutiae, making it immediately clear that this film is about three very distinct character types.

The irony is that these potentially two-dimensional characters, especially Tuco (Eli Wallach) and Blondie (Clint Eastwood), are deeply nuanced personalities—and unlike most Western characters previously seen on the big screen.

Unrelated to The Good, the Bad and the Ugly (GBU), I recently found myself challenged by my film-loving daughter to name film characters who drove Volkswagen Beetles. As it turns out, there are almost countless examples of the “people’s car” appearing on screen.

But, when I limited myself to male characters from Eighties films, I discovered a compelling trio of Bug drivers, each of which nicely parallels a GBU character.

I won’t go so far as to suggest that an Eighties remake of GBU would have swapped horses for German economy cars—but it’s not the craziest idea I’ve ever heard.

If you can think of a better Eighties VeeDub driver to slot into one of these character roles, tell us about it. We’re always keen to replace Crispin Glover. 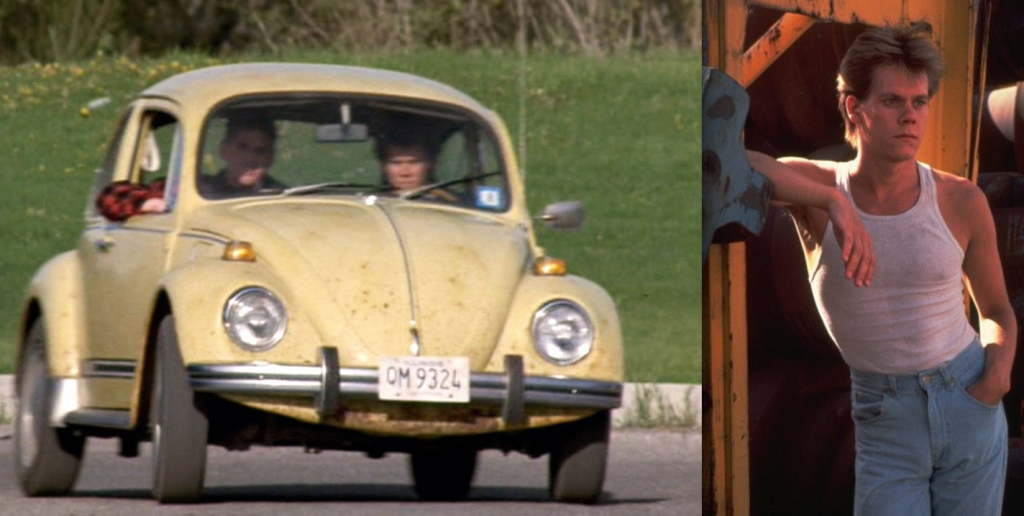 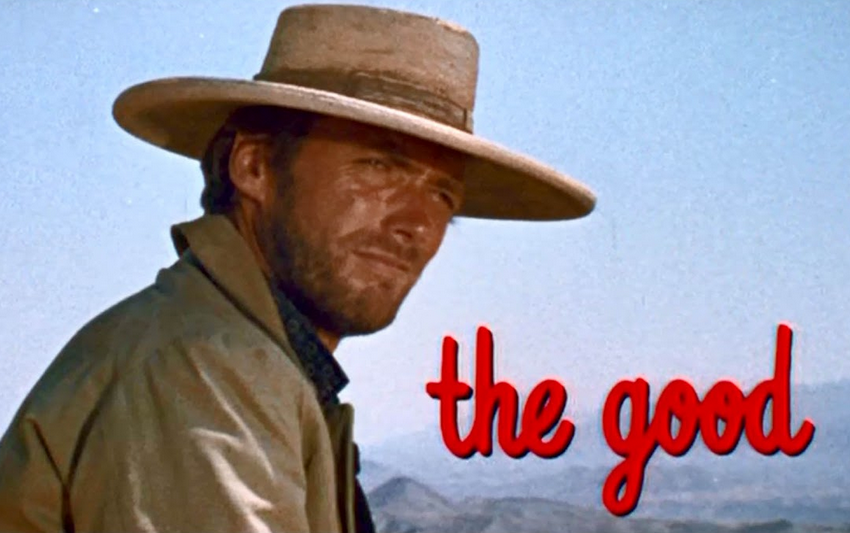 Clint Eastwood played “The Good” in Sergio Leone’s 1966 masterpiece The Good, The Bad and The Ugly.

When he moves from the big city to a small town, high-schooler Ren (Kevin Bacon) is stunned to learn that dancing and rock music and dancing are taboo, putting him at odds with the burg’s most prominent clergy member. Ren presses back against the repressive religious overreach, but with unexpected respect for the mores of those he opposes. Oh, and Ren drives a Beetle.

Though a gunslinger, Blondie, as played by Clint Eastwood, shows uncommon respect for the dead and dying in Sergio Leone’s aforementioned Western masterpiece. Blondie’s pause to comfort a dying confederate soldier serves as a needed respite in an otherwise tense and tautly constructed narrative rife with bloodthirsty greed. 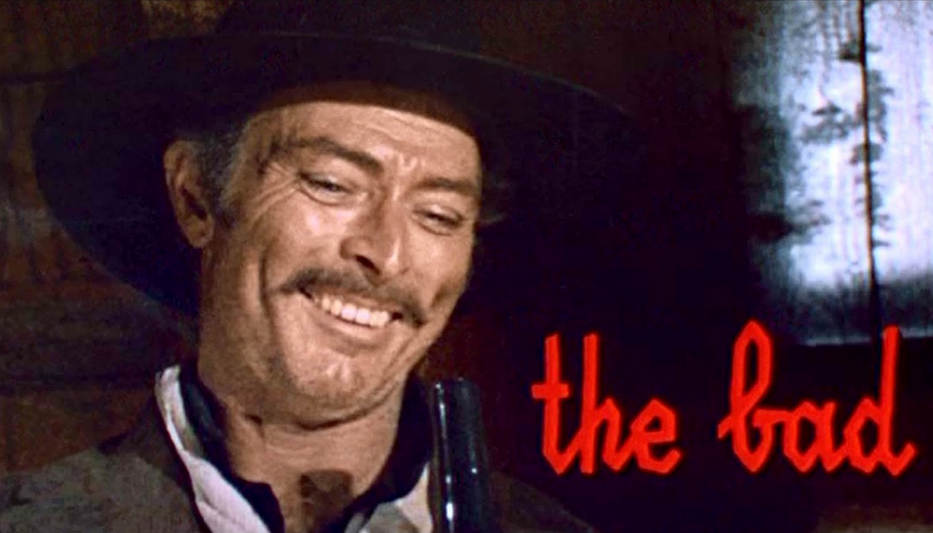 Lee Van Cleef played Sentenza (a.k.a. Angel Eyes) in The Good, the Bad and the Ugly.

Any list of cinema’s sleaziest operatives would be incomplete without the presence of Loren Visser. As seen in the Coen brothers tragic Blood Simple, Visser is hired to follow a bar-owner’s wife, whom the owner suspects of infidelity. Upon presenting proof of an ongoing affair, Visser makes it clear he is available to “eliminate” the problem—for a price. The always-sweating, cowboy-hat-wearing Visser seems like the kind of a guy who would drive an old Lincoln. Instead, he goes about his creepy exploits behind the wheel of a beat-up Beetle.

Like Visser, Sentenza, as deftly played by Lee Van Cleef, is a hired gun with no real allegiances to anyone but himself. Though the ever-smiling Sentenza comports himself better in the face of danger than does Walsh’s Visser, both guys would kill you for pocket change.

Crispin Glover plays Layne, a drug-addled high-school kid with a confused set of priorities in the 1986 film River’s Edge. 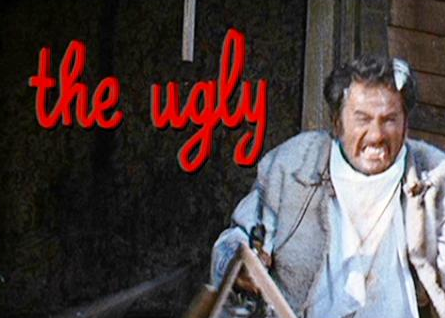 Eli Wallach played the conniving Tuco in The Good, the Bad and the Ugly.

It’s unlikely that Sergio Leone actually considered Tuco, played by Eli Wallach, ugly. The “ugly” instead manifests as a combination  of Tuco’s bandito mentality melded with odd Catholic spiritualism. Tuco will kill anyone who crosses him, but refuses to speak ill of the dead. And while Tuco is a habitual liar and wanted for countless petty and felonious offenses, he is deeply wounded that his sibling, a Catholic brother, shuns his lifestyle.

In River’s Edge, Layne also plays by rules that make little sense to those around him. When one of the members of his high-school clique is senselessly murdered, Layne takes it upon himself to protect the murderer, much to the alarm of his other friends. Layne’s clapped-out Beetle spends a considerable amount of time on screen, though we learn that it’s not in especially good working order.