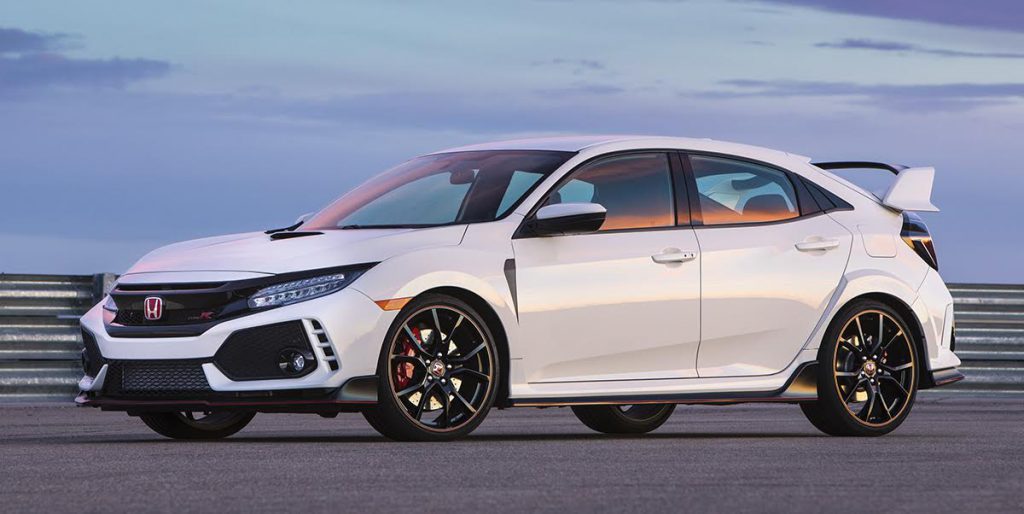 Note: The following story was excerpted from the August 2018 issue of Collectible Automobile magazine.

If you’re a “hot-hatch” fan in America, these days your choices have largely been limited to the Volkswagen Golf GTI and Golf R, along with the Ford Focus ST and Focus RS. Of course, there are also various speedy Subarus, along with the Honda Civic Si coupe and sedan. Not that there’s anything wrong with any of those, but if you’re the type of enthusiast who can’t wait to pick up the next issue of EVO magazine, you’re certainly aware of all the fantastic over-the-top hot hatches the Brits get to drive but you can’t buy. Why is it we always want what we cannot have?

Honda must have been paying attention, because one of those untouchables is now on sale in America. Yes, the latest version of the legendary Honda Civic Type R is this issue’s pick as a future collectible.

Fast forward, and today’s fifth-generation Civic Type R is only sold as a five-door hatch built at Honda’s Swindon plant in the United Kingdom. The front-drive car runs a 106.3-inch wheelbase, is 179.4 inches long, and has a curb weight of 3117 pounds.

A limited-slip diff and six-speed manual are present too. Continental SportContact 6 summer-only performance rubber is mounted on 20-inch alloys.

Exterior styling is best described as aggressive. Highlights include wider front and rear fenders than “regular” Civic hatchbacks, a scooped aluminum hood, a front splitter, red trim, and various add-on bits that are said to improve aerodynamics, among them four vortex generators that help direct air over the car’s huge hatch-mounted wing. Out back, you can’t miss the Type R’s center-exit exhaust with its unexpected trio of pipes.

The interior comes in hard-to-ignore Type R-exclusive black-and-red trim. Notable touches include a beefy flat-bottom steering wheel, aggressively bolstered race-style front buckets, and a solid aluminum shift knob. There is also a serial-number plate on the console. Practical touches include a large cargo area that’s even handier thanks to the split-fold rear seats. Plenty of today’s expected tech goodies are part of the deal too, including Apple CarPlay, Android Auto, and navigation.

As expected of a drool-worthy hot hatch, the Civic Type R set a front-drive production-car lap record at the Nürburgring Nordschleife, running the 12.9-mile course in 7 minutes, 43.8 seconds on April 7, 2017. In a preview drive, Consumer Guide®’s Rick Cotta was impressed with the sweet shifter, stout brakes, and how at home the car felt on the street and the racetrack.

The hot-hatch arms race has accelerated so dramatically that if you’ve been out of the market for even five years, today’s offerings are nearly unimaginable. Honda’s latest shot is the Civic Type R, a fan favorite finally available in America. It’s fair to say that the styling isn’t for everybody, but it’s hard to argue with its performance, and the red-backed Honda emblems knowing enthusiasts covet should make this Civic a long-term keeper.