Cadillac today unveiled the redesigned 2014 CTS sedan, a car it describes as “longer, lower, and leaner” than its predecessor. The previous-generation CTS is somewhat smaller than its German midsize competitors, but the 2014 version is 5 inches longer, allowing it to goes head-to-head with such stalwarts as the Audi A6, BMW 5-Series, and Mercedes-Benz E-Class.

The 2014 CTS adds a dose of excitement with the new Vsport model, which is powered by Cadillac’s new twin-turbocharged 3.6-liter V6, which GM says produces 420 horsepower. For more details, check out Consumer Guide Automotive’s detailed review of the 2014 Cadillac CTS. 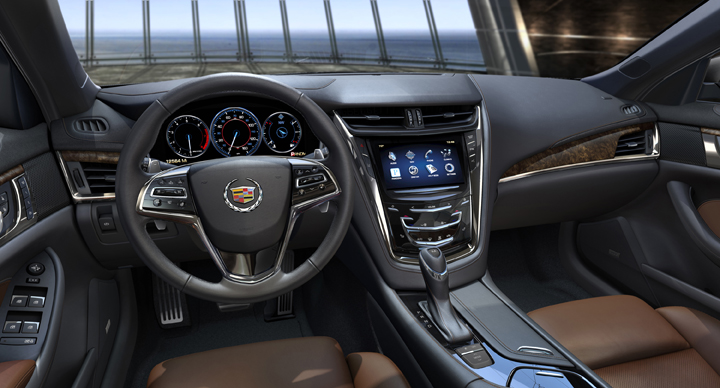 A division of General Motors since 1909, this luxury marque caps a lineup of brands that includes Chevrolet, Buick And GMC. Cadillac’s current lineup is sedan-centric, but also includes coupes, crossovers, and the full-size Escalade SUV.