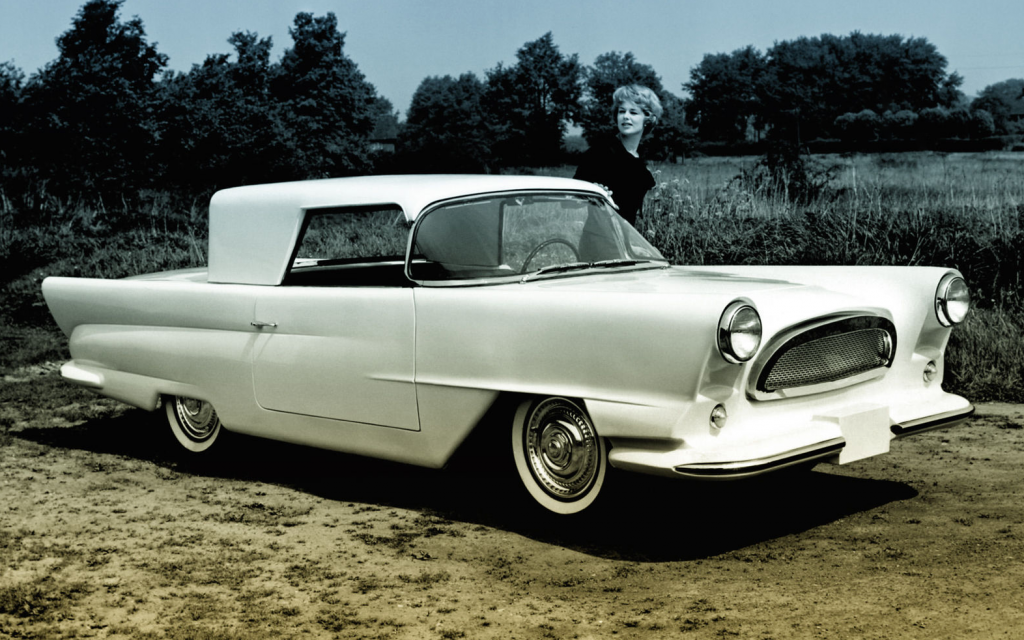 People can be dismissive of market research, but there are plenty of times when a company needs to take the pulse of potential customers, making certain that they have a handle on that group’s wants and needs. 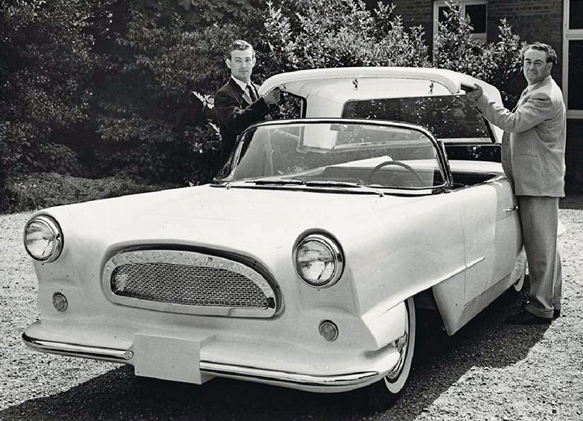 A removable hardtop offered some protection from the sun, but a lack of side glass meant little refuge from wind and rain.

One company we can be certain failed to do due diligence of this nature was Shamrock, the least memorable of Ireland’s two car companies.

Having built just ten cars, Shamrock is easy to forget—unlike DeLorean, Ireland’s other car company, which sold thousands of cars before going belly up.

By all accounts, Shamrock was the greater failure, with its owner having established a factory and making bold production claims without the benefit of having conducted a single focus group or buyer clinic. Of course, this was the late Fifties, and plenty of products reached the market in those days having never been subject to the scrutiny of conjoint analysis or beta testing. How else do you explain the likes of Postum or pimento loaf?

Shamrock was founded by American businessman James F. Conway. While on vacation with his family in Ireland in 1957, Conway determined that he could do something about the country’s then-pervasive unemployment problem. That something turned out to be building luxury cars there for export to the United States.

The well-intentioned Conway promptly established a combination factory/headquarters in Monoghan County near the town of Castleblaney, and announced his intention to build upward of 3,000 Shamrock cars a year.

Development, such that it was, went quickly. The “luxury” Shamrock was a four-place, open-air two-door featuring a one-piece fiberglass body and removable hardtop. To save time and money, off-the-shelf drivetrain bits were used.

Powering the Shamrock was a 53-horsepower Austin A55 1500-cc engine paired with a 4-speed manual transmission. The car’s simple ladder frame was designed in-house.

Shamrock literature offered precious few images of the car’s cabin, but several shots of women reclining in the trunk.

Whole books could be written about the Shamrock’s designer, a character named Alvin ‘Spike’ Rhiando. Spike was given to offering varying stories regarding his personal history, including his nation of origin. By most accounts Rhiando was Italian, but he also claimed at times to be Canadian and American. Rhiando also claimed to be a racecar driver, which may have been true for a while.

Apart from his work penning the Shamrock, Rhiando seems to have had no experience designing automobiles, a fact that should surprise no one who’s seen the Shamrock up close.

Production of the Shamrock began and ended in 1959. Ultimately, Conway could find no one to sell or distribute his car in the United States or in England.

Looking for all the world like a Ford Thunderbird that had been trapped in a microwave oven set on “high” for several minutes, the Shamrock was priced at a seemingly reasonable $2495—about $1000 less than the aforementioned T-Bird. 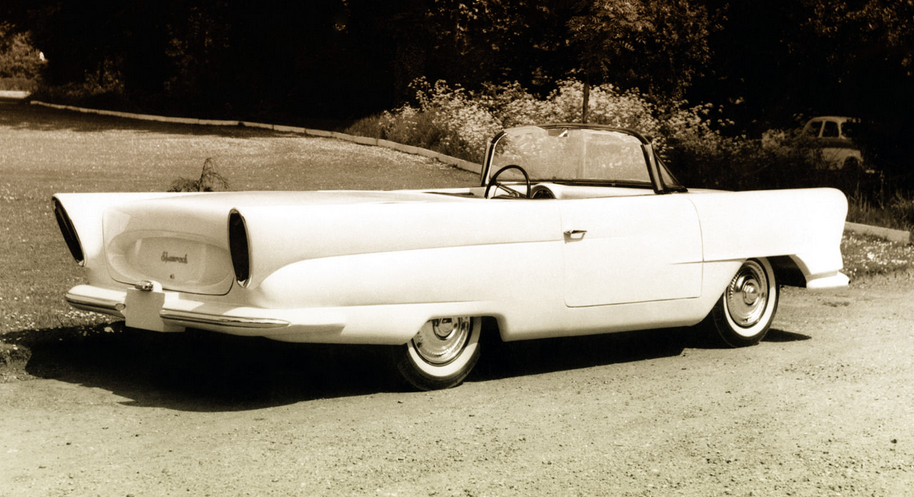 Shamrock never published the car’s overall length, but this view suggests that the front and rear overhangs combined were about two-thirds as long as the 98-inch wheelbase.

Still, that $1000 bought you a lot more car as far as the Thunderbird was concerned. It is reported that the Shamrock could run from 0-60 mph in about 20 seconds, while the T-Bird did so in about 13.

More importantly, the Thunderbird was built of steel, offered real weather isolation (the Shamrock had no side windows), and, most importantly, wasn’t ugly.

Having built just 10 cars, and having sold none, Conway closed up shop. One story has it that the remaining fiberglass bodies and most of the Shamrock tooling were simply dumped into a nearby lake, never to be seen again.

Of the few assembled cars, several seem to have found their way to the States, where they periodically appear in parades, festooned in green bunting.

Had Conway done a little market research, he may have identified a buyer niche to design a car for. That said, he might also have learned that there really isn’t any market for an underpowered fiberglass car of dubious quality without side windows.

The car seen in this promotional image wears what appears to be a folded soft top. Production vehicles did not include a folding top.