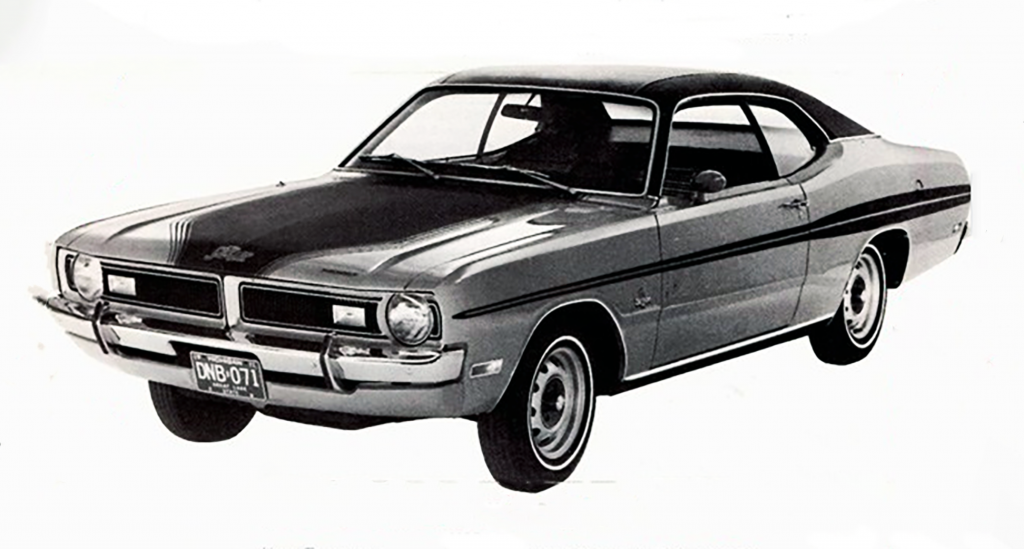 By 1971 you could feel the storm coming. What would later be known as the The Malaise–the painful period of dull, under-performing automobiles–would kick in just months after the ads shared here first ran. Look through these ads for clues that the new-car world was about to become a duller place. The Dodge Demon, for example, promises more style than power, with focus on stripes and appliqués instead of horsepower.

Sadder still is the Plymouth Road Runner ad, which focuses specifically on the vehicle’s insurability. Less obviously foreboding is the Mercury Capri ad. But, read the Capri ad’s copy a couple of times and you realize that Ford understood that market forces would soon be turning away from big-engine muscle machines and more toward economy and personal luxury. Of course, what no one could have predicted in 1971 was the OPEC oil embargo, which virtually killed the muscle-car segment.

Shared here are ten ads from just before the auto world changed. As you peruse these historic gems, see if you can feel the pending Malaise. 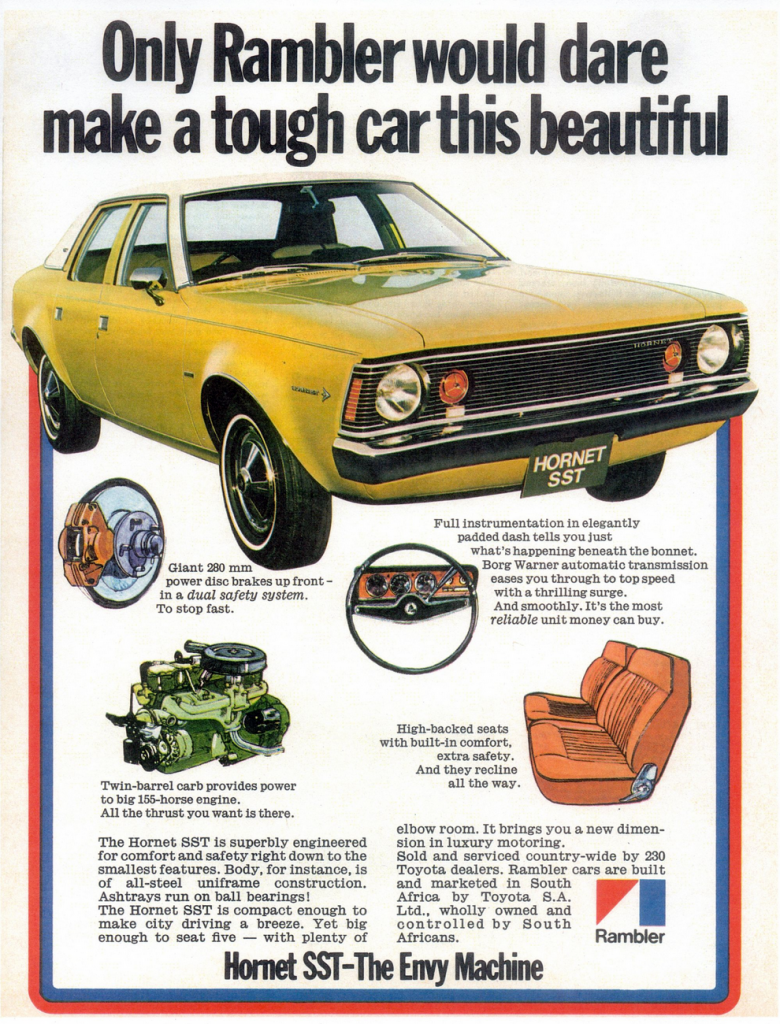 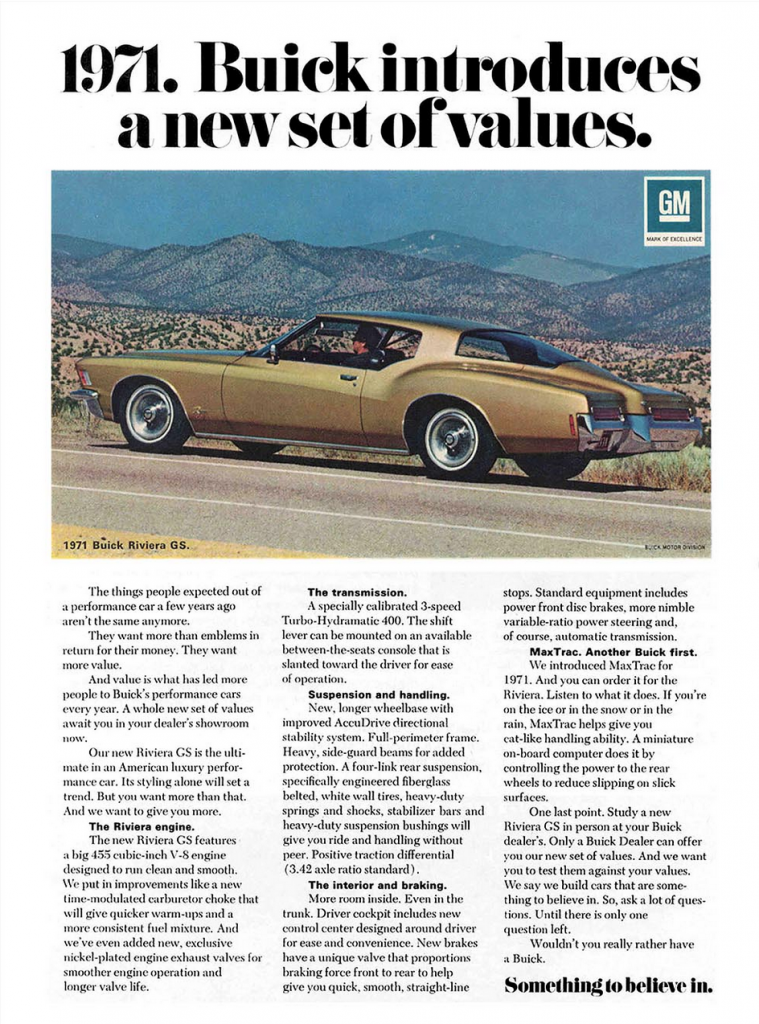 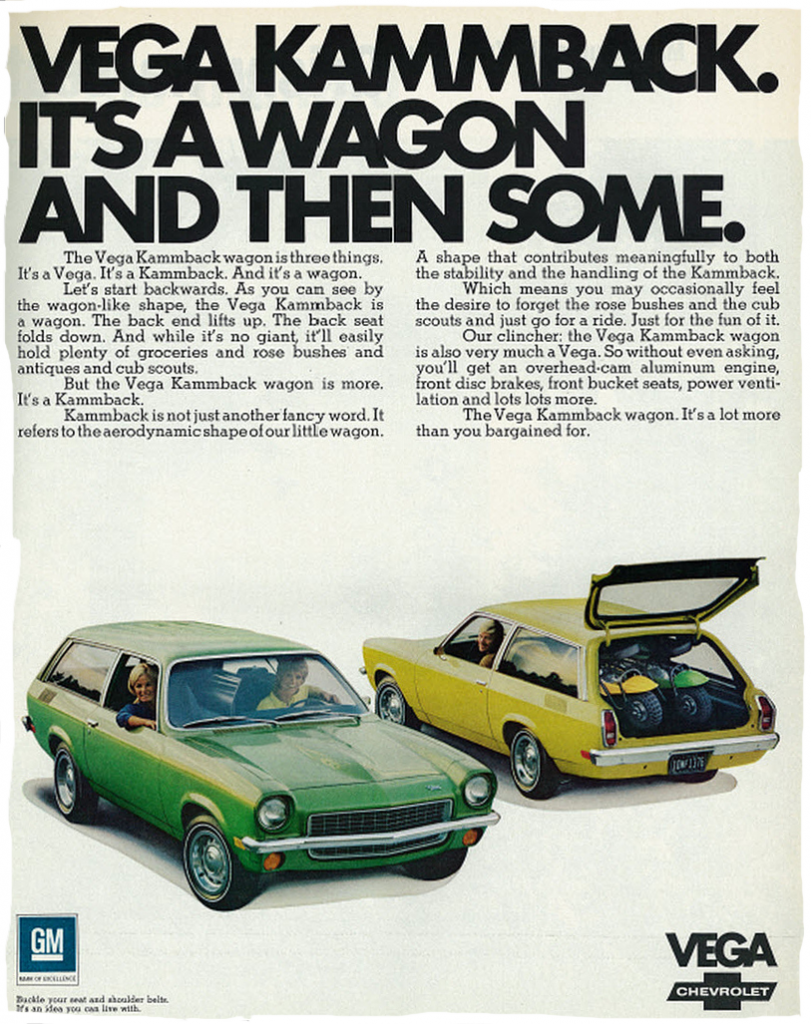 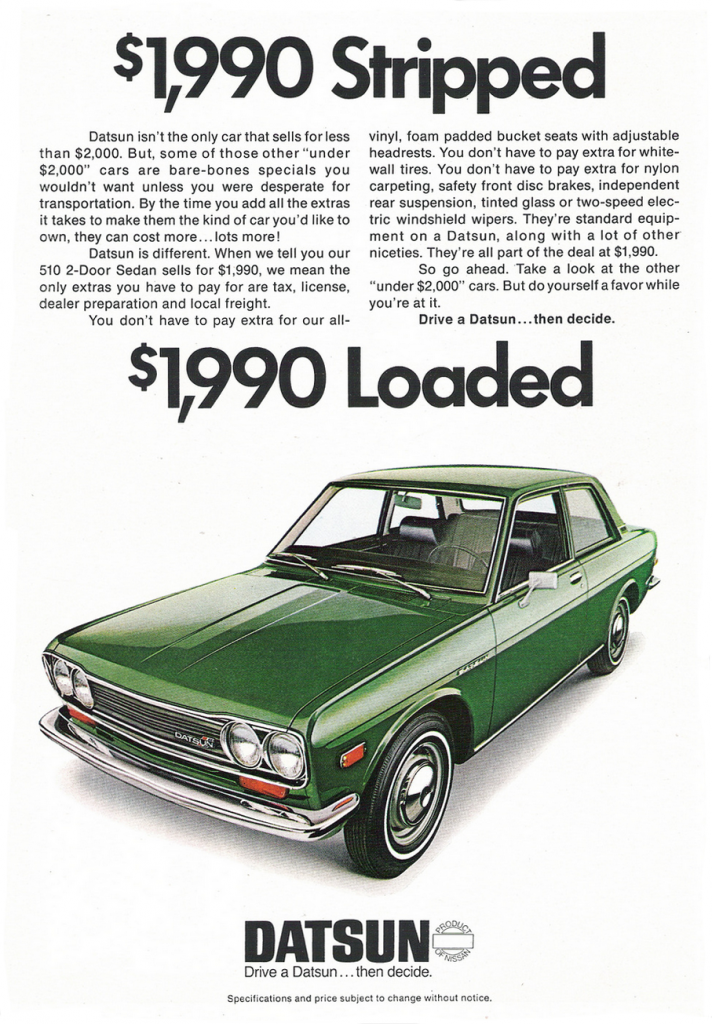 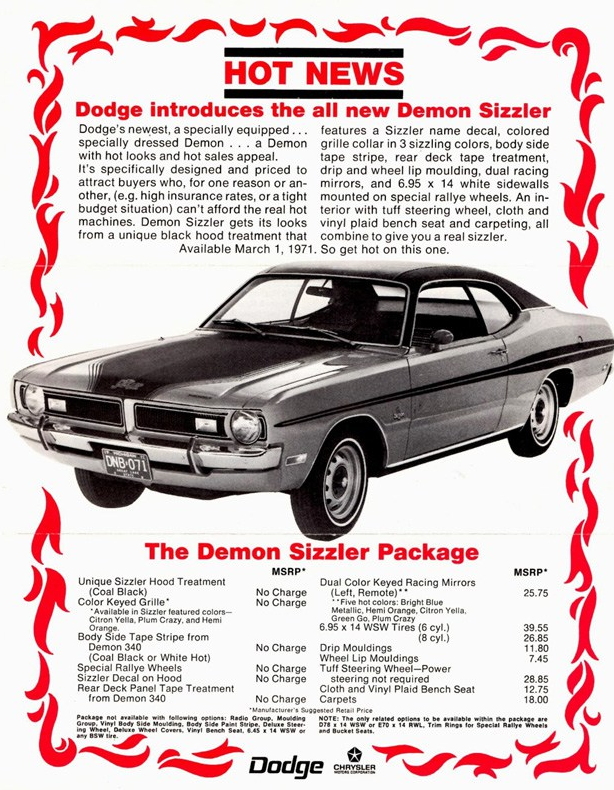 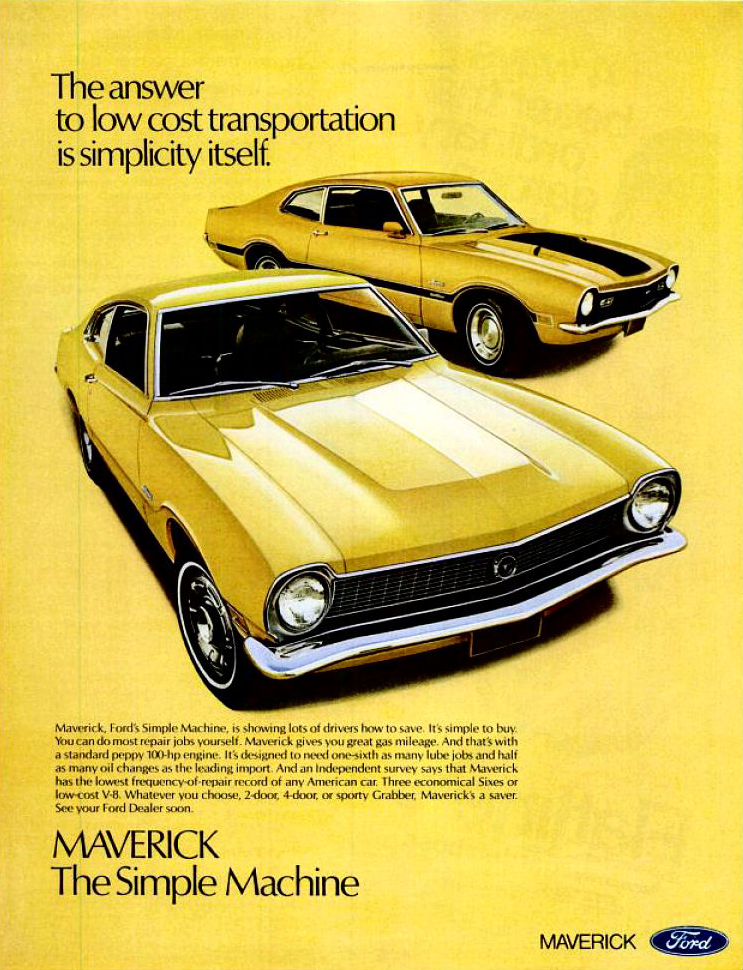 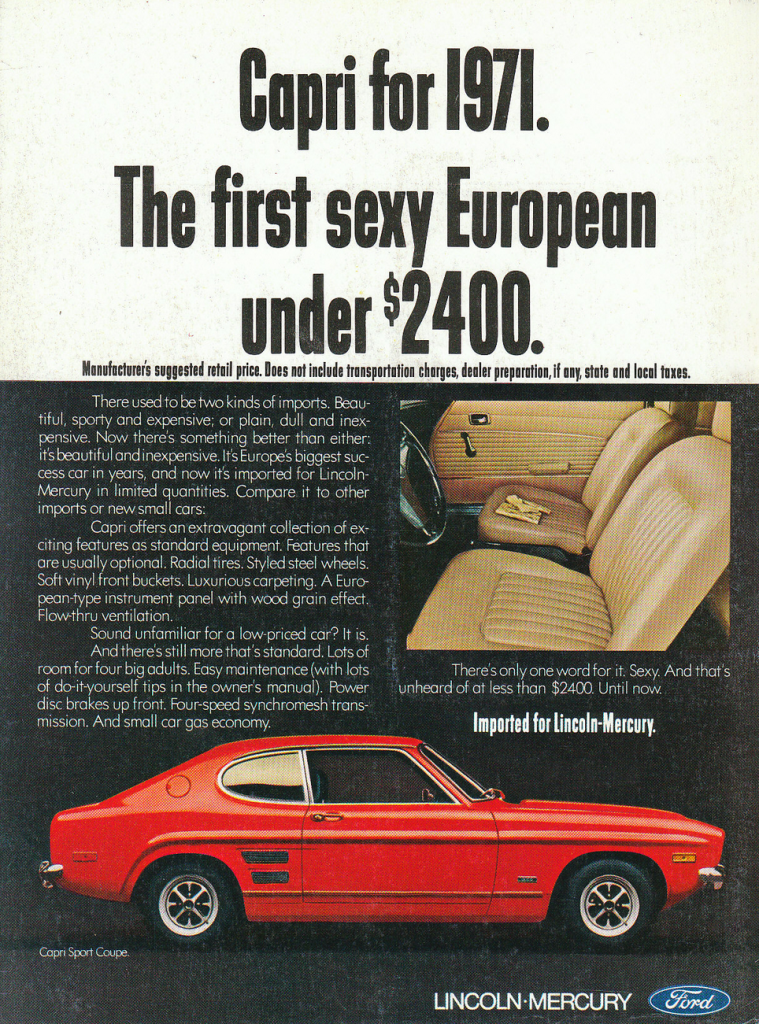 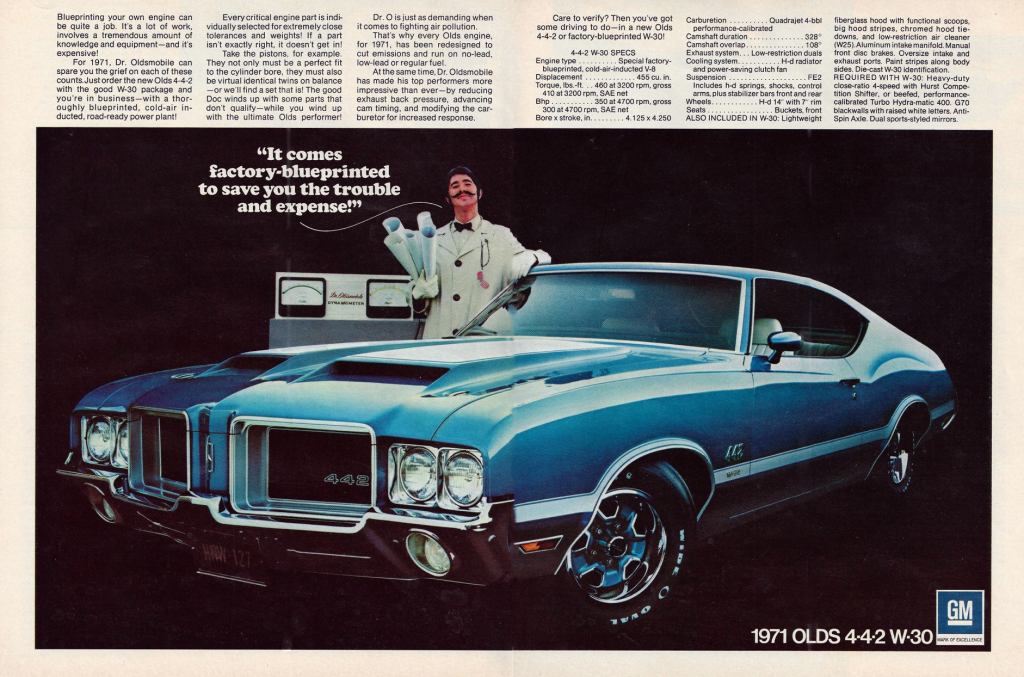 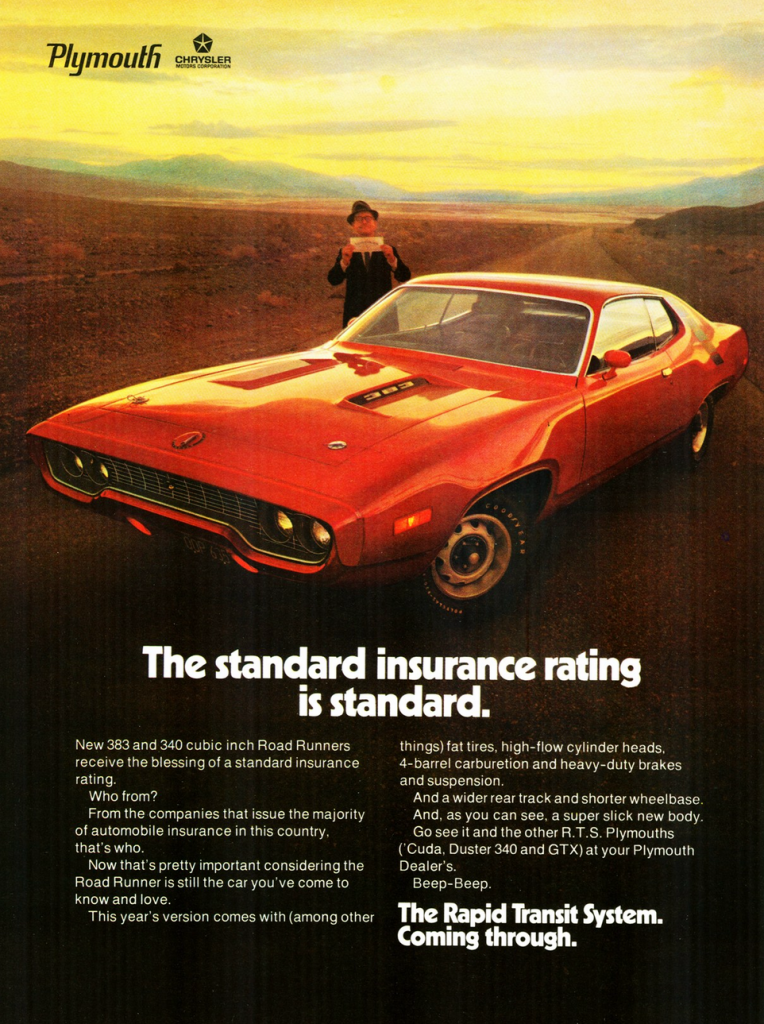 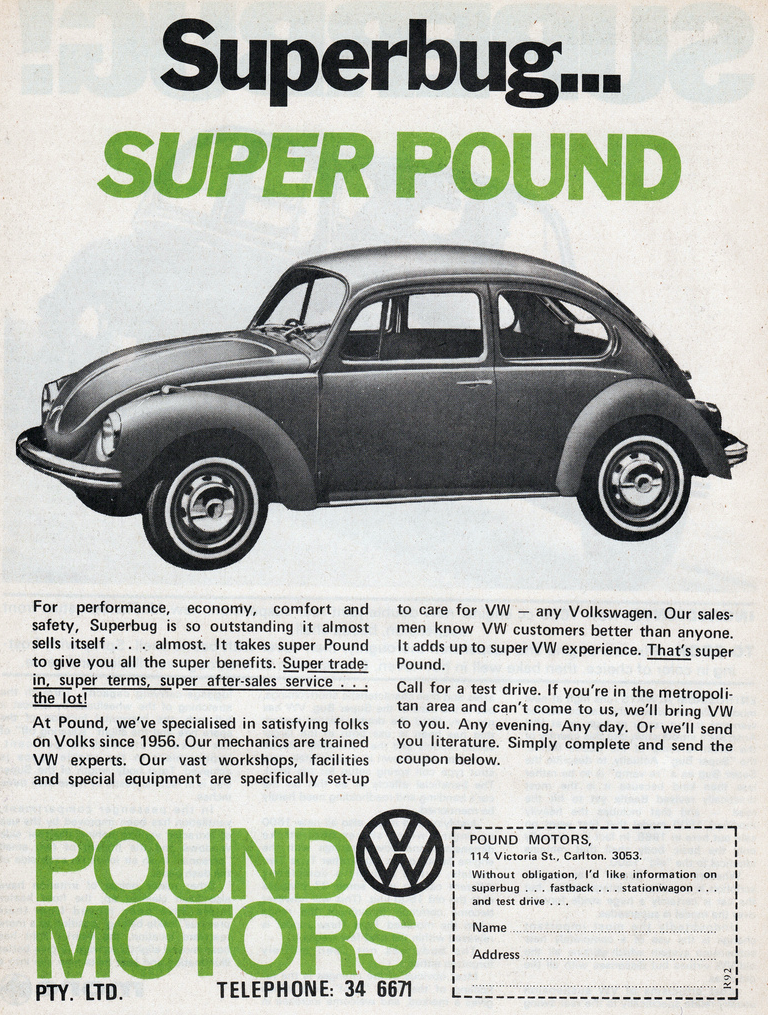