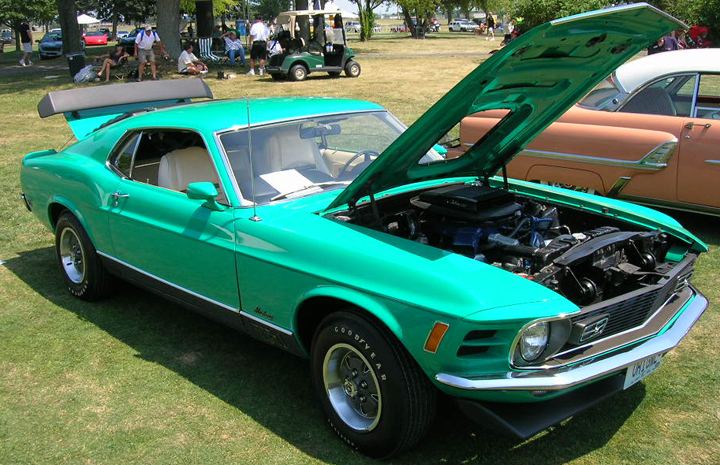 Earlier this week, we took a look at some of the amazing original vehicles that were on display at the 2012 Bloomington Gold Survivor show, and now we’re back with another round of fantastic unrestored vintage machines. 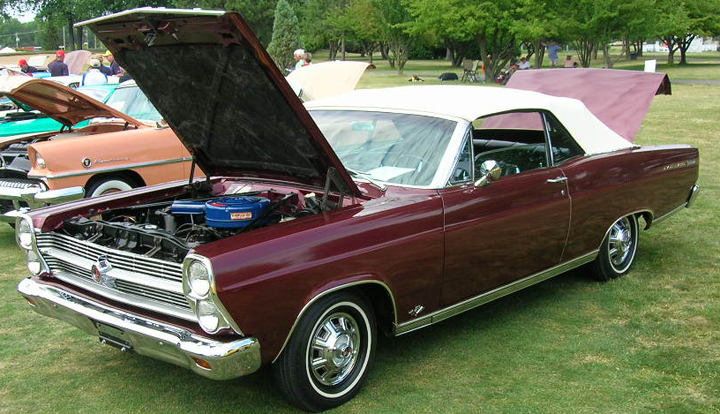 It’s 46 years old, but this 1966 Ford Fairlane convertible looks a lot like it must have when it sat on the showroom floor. 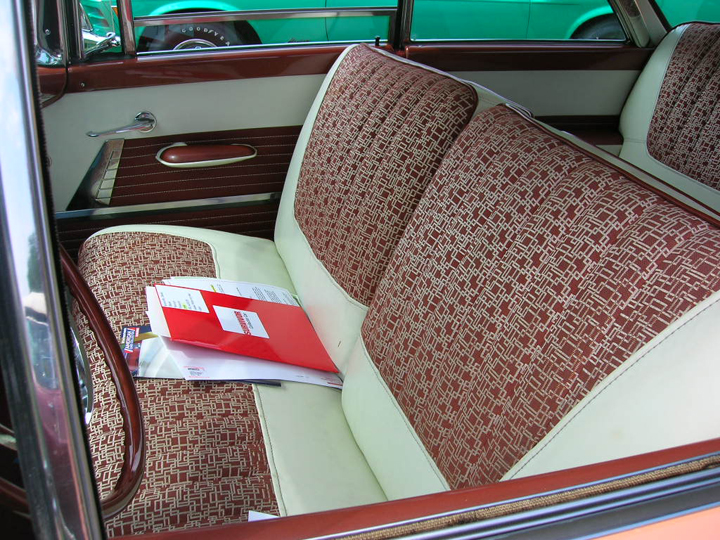 Here’s the Mercury’s interior. How about that wild upholstery? It has been said many times, but it’s true: They don’t make ’em like this anymore. 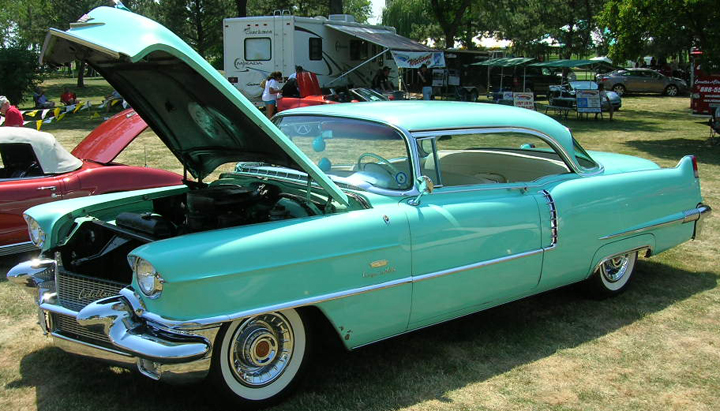 Cadillac tailfins wouldn’t hit their peak until 1959, but Caddy’s signature front- bumper Dagmars were arguably most prominent for 1956, as this Coupe de Ville shows. 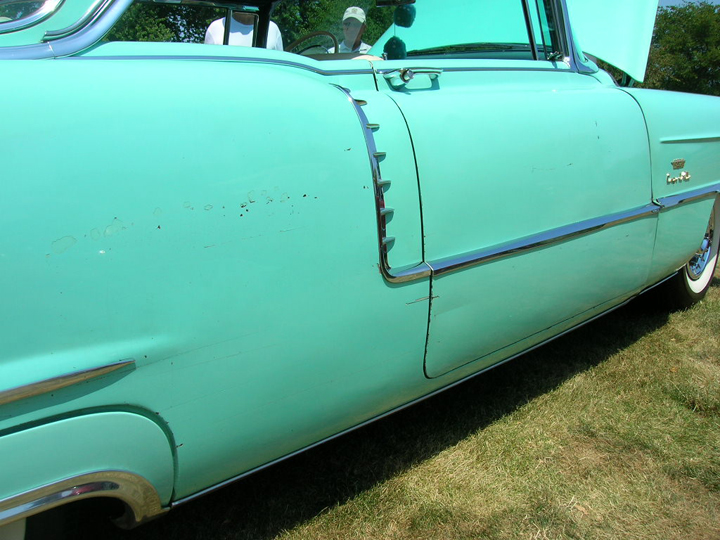 This Cadillac is in impressive shape overall, but it didn’t escape a few bumps and bruises somewhere along the way. These minor dings and dents could be repaired, but then the finish wouldn’t be original anymore. 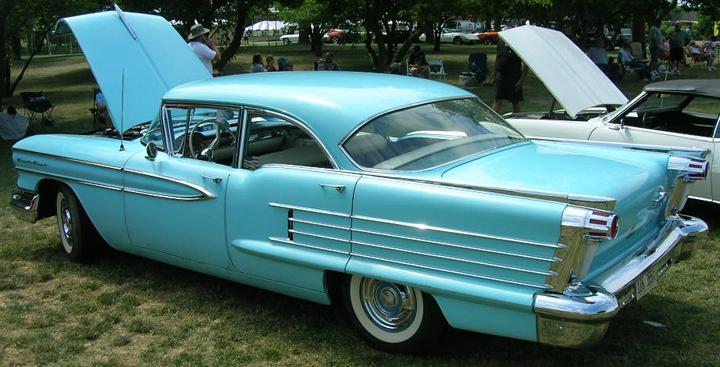 This 1958 Oldsmobile Eighty Eight four-door sedan exhibits the heights of Fifties styling excess, with loads and loads of chrome.

Contrast the previous ’58 with this Olds Ninety Eight four-door hardtop from just one model year later. GM cars got longer, much lower, and even larger for 1959. Dig that wraparound rear window! 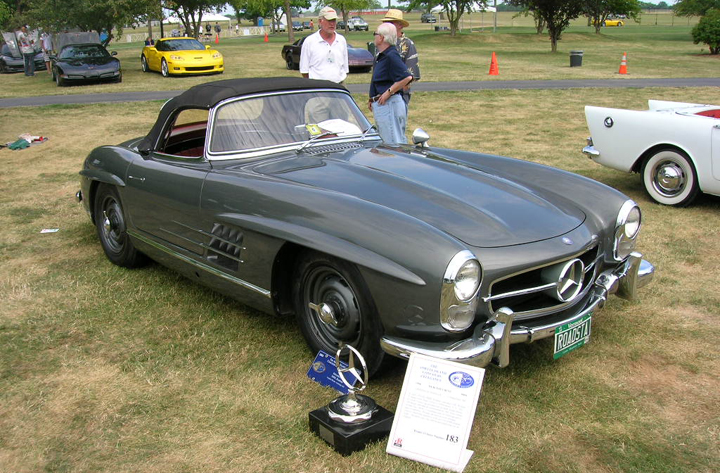 Standing in stark contrast to the glitzy late-Fifties Detroit behemoths was the understated elegance of this 1958 Mercedes-Benz 300SL.

With a production run of just 697, a 1969 Pontiac Trans Am is an extremely desirable muscle car in any condition. 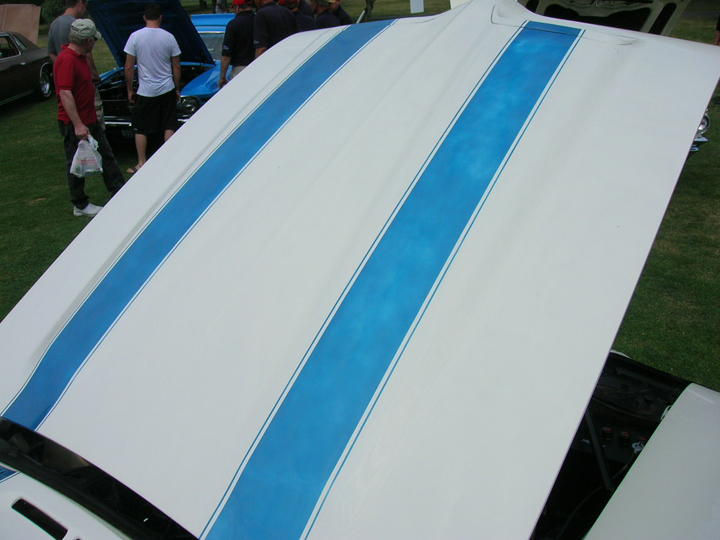 This Trans Am’s stripes may be faded in spots, but they’re all original. An up-close look reveals that the factory’s paint-masking job isn’t quite up to today’s standards, either. Examining real-deal details like this is part of what makes unrestored cars so captivating.