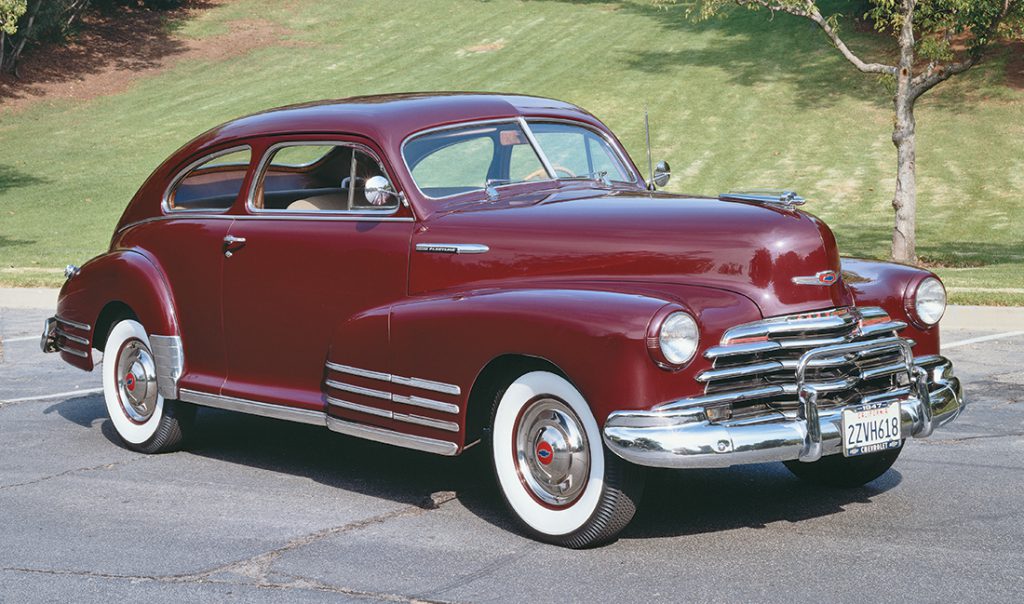 Note: The following story was excerpted from the October 2006 issue of Collectible Automobile magazine

Let’s say you’re not convinced that appearance is an important factor—maybe the important factor—that drives car shoppers to choose one vehicle over another. Then consider the 1947 Chevrolet Fleetline Aerosedan. Despite being the most expensive two-door closed car in the Chevy lineup, it was still the most popular model of the best-selling brand in America in ’47.

Why? After all, mechanically, it was the same as any of Chevrolet’s other 10 models offered that year. In standard equipment, it varied little from most cars in the Fleetmaster series, out of which the two-car Fleetline subseries was derived. It had to be the looks. 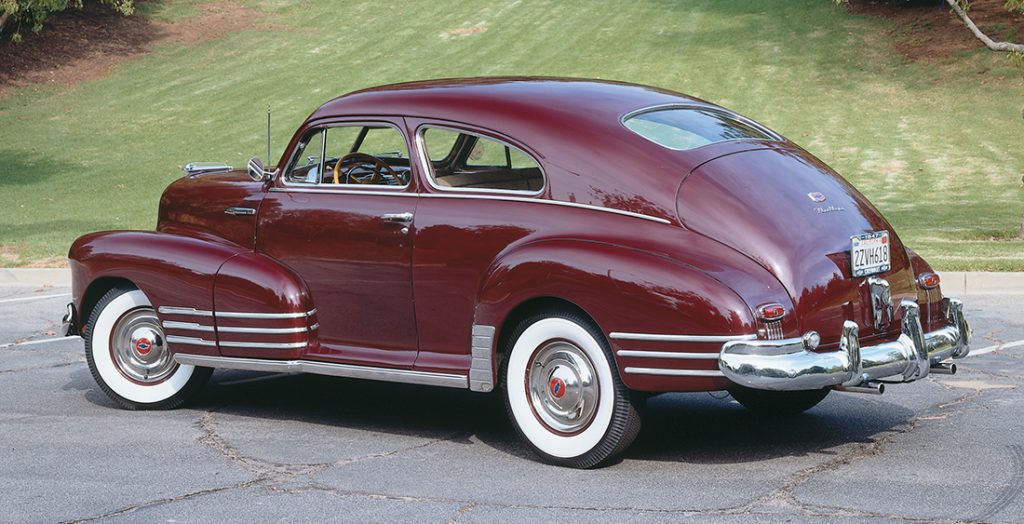 Aerosedans had the benefit of fastback styling that was very much in vogue in the Forties. General Motors gave the style a big boost in 1941 when it launched a well-received armada of B-body Pontiac, Oldsmobile, Buick, and Cadillac sedans and coupes. When a fastback roofline was extended to the A-body program in 1942, Chevrolet jumped on the bandwagon with the Aerosedan. 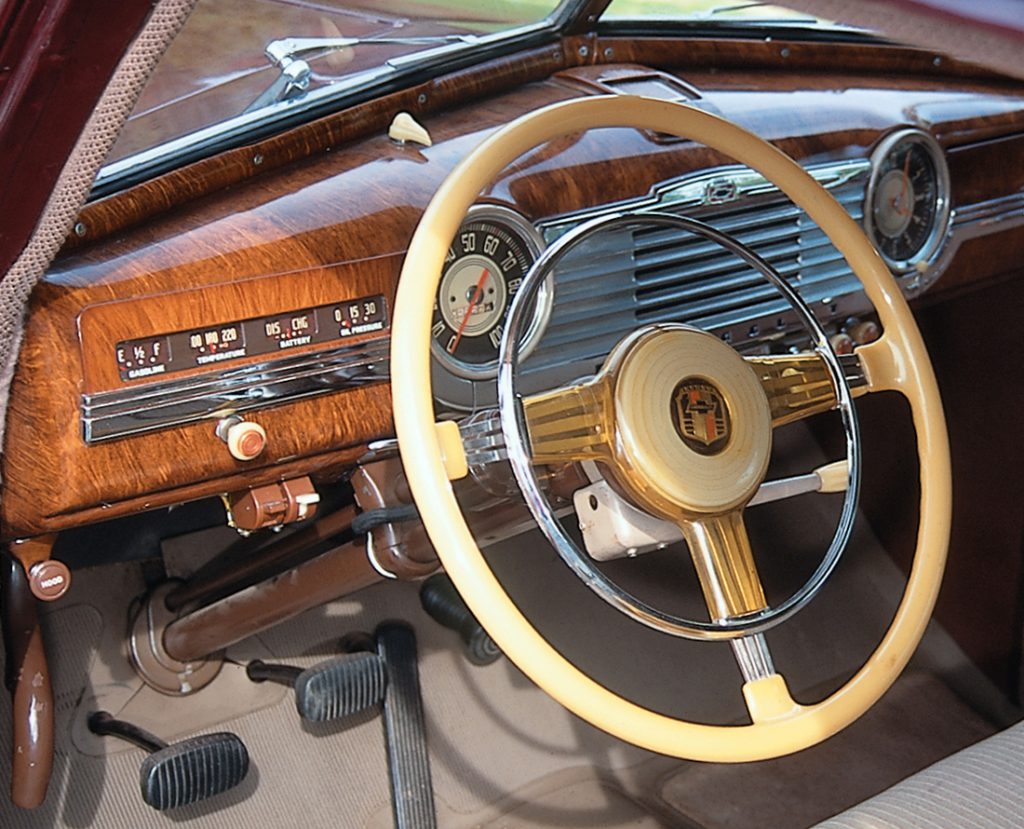 An instant hit, this two-door companion to the notchback Sportmaster four-door sedan (another trendy style introduced in 1941 as the first Fleetline model) topped the Chevy sales charts in war-shortened ’42. When postwar production resumed for 1946, the Aerosedan slipped back into the pack, but then shot back up into sales leadership the next two years. Our featured car is one of 159,407 Aeros made in 1947. Another 211,861 were made for ’48 before the aging prewar design was finally replaced. 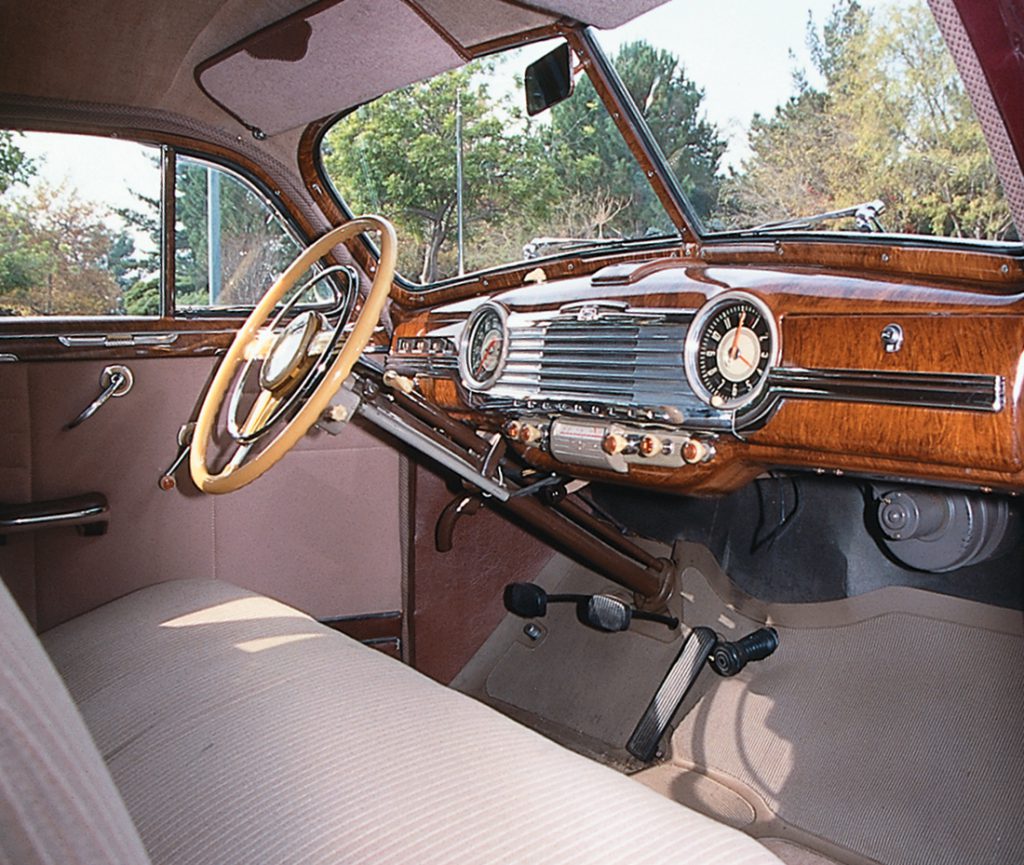 Aside from its distinctive roof, the Aerosedan came with a trio of chrome spears on each fender and special “Fleetweave” upholstery fabric that were Fleetline series exclusives. Otherwise, from its 90-hp ohv 216-cid six to its 4.11:1 rear axle, the Aerosedan was a lot like most Fleetmaster models. 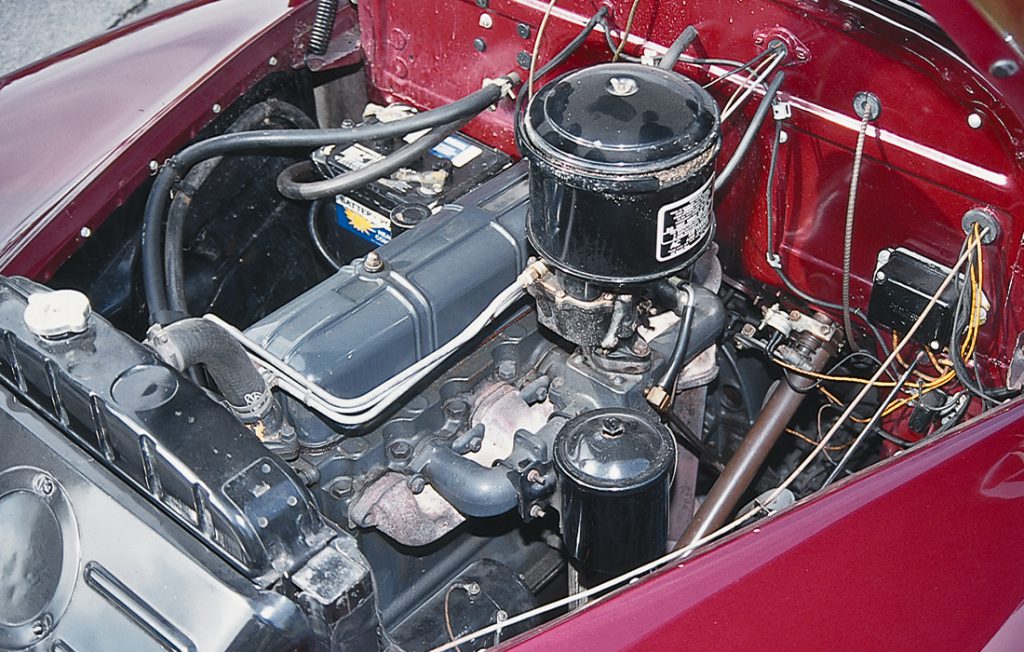 Owner Chuck Misetich well understands the Aerosedan’s allure. He bought one back in 1947. Misetich, of San Fernando, California, obtained this one in 1981. “It was completely used up,” he says, but that didn’t stop him from restoring it the following year. 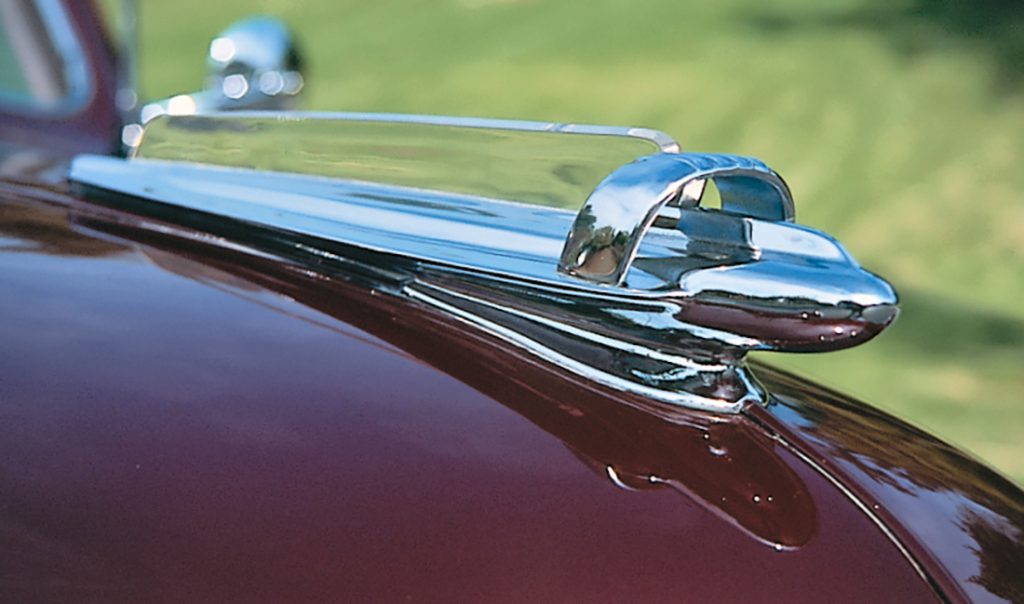