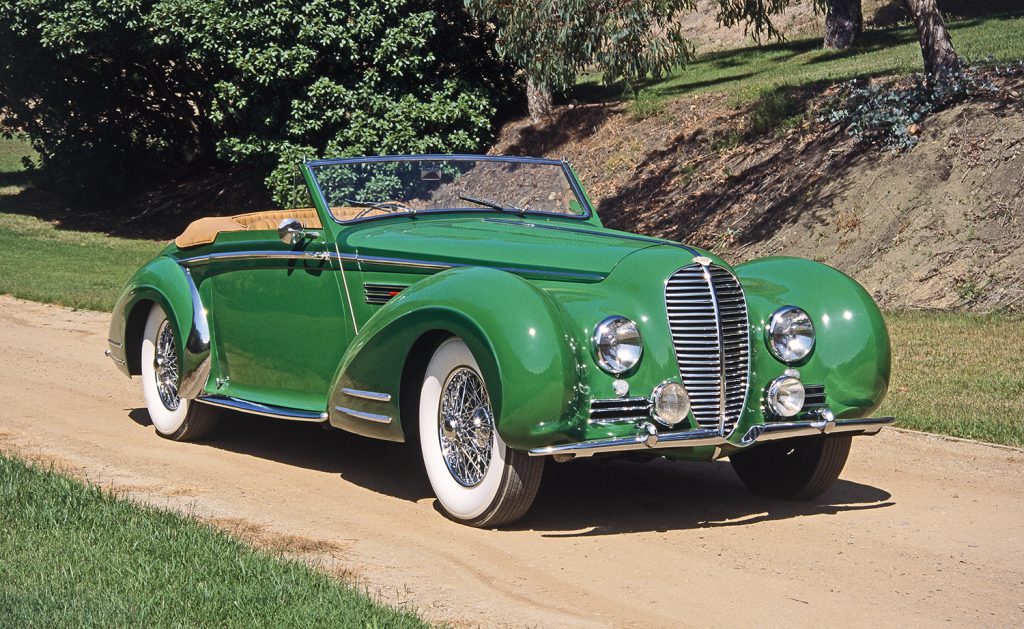 Note: The following story was excerpted from the April 2019 issue of  Collectible Automobile magazine

The French automaker Delahaye had a long and varied history before the introduction of its most famous model, the 135. The firm was founded in 1895 and produced cars known for quality and dependability, although Delahaye wasn’t really a serious contender in the luxury market until the 135 debuted in late 1935.

The 135 with a new ohv six-cylinder engine mounted in a chassis with independent front suspension provided a fine foundation for the top French coachbuilders to practice their art. Also in 1935, Delahaye bought Delage, another luxury-car maker. 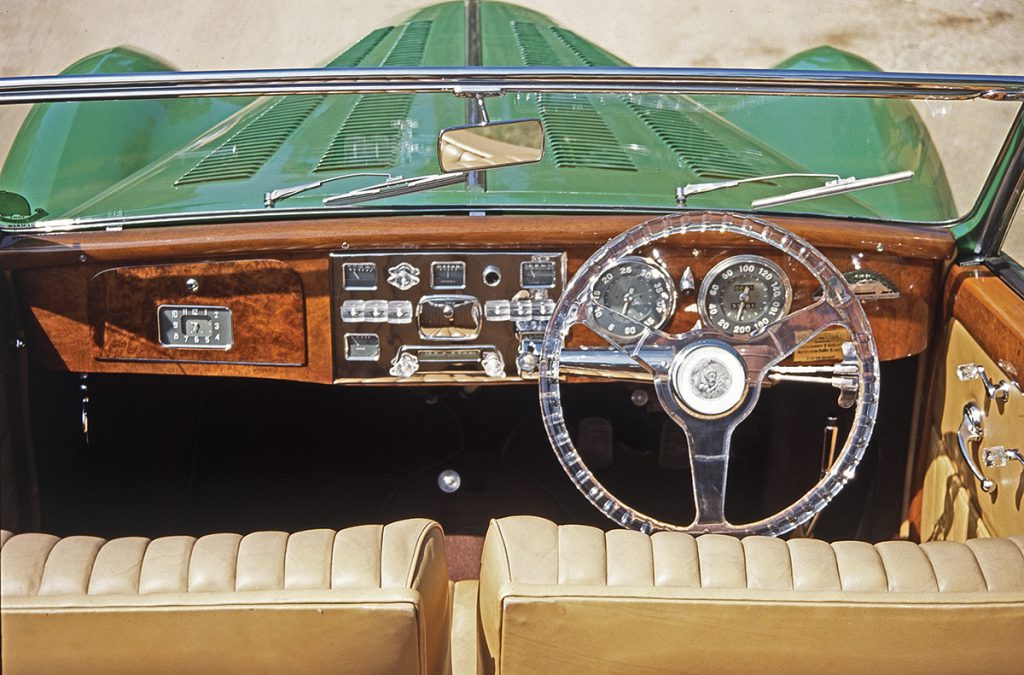 Delahaye’s reputation also got a boost from racing. The French government, in an effort to help national automakers compete against the German and Italian government-backed racing teams, offered a 1-million-franc prize for the fastest French car built to Grand Prix regulations. Delahaye won the prize with a V12 racecar and went on to win the Grand Prix in Pau, France, and the Mille Miglia in Italy.

World War II interrupted Delahaye’s racing efforts and car production. Production of the 135 resumed after the war with few changes and continued through 1952. Delahaye ceased car production in 1954. The car featured here was the 1947 Paris Motor Show car and has two unique features for the Paris show: engine-turned brightwork under the hood and a Lucite steering wheel and knobs. 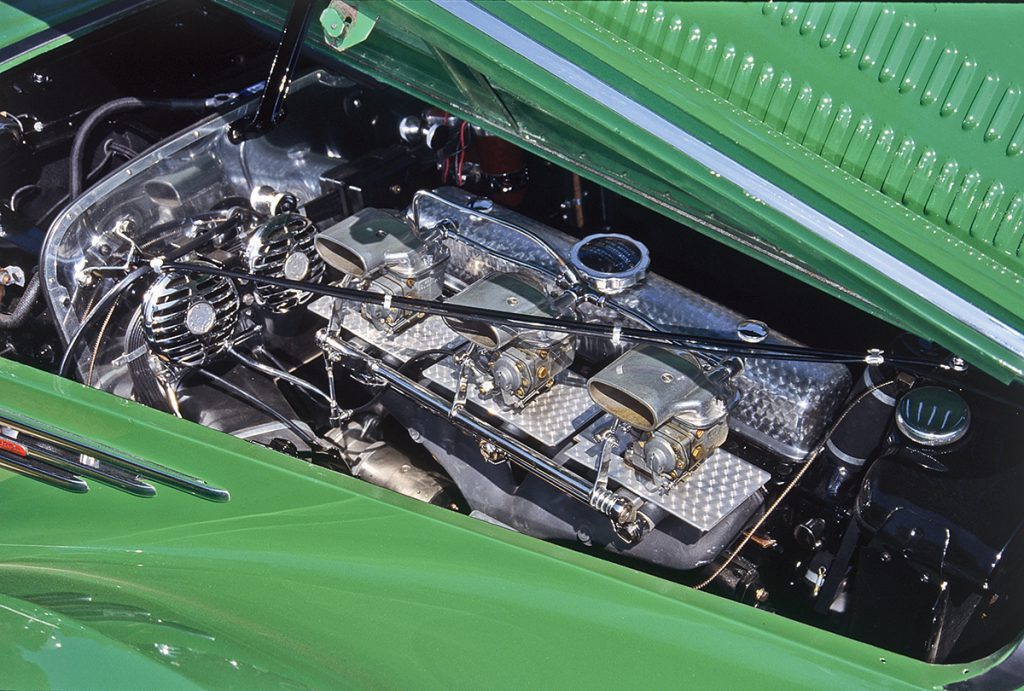 Jim Hull of Malibu, California, bought this Delahaye 135MS in 1979, and turned it over to famed racer and restoration-shop operator Phil Hill, who got the car running. (Hull had met the world-champion driver at Le Mans in 1958, when Hill won the 24-hour race.)

Hull and three assistants (with advice from an expert) had four months to strip and repaint the body in time for the Monterey Historic races. Hill said it couldn’t be done and couldn’t believe it was the same car when he saw it at the race, where it came in second behind a Grand Prix Bugatti. The Delahaye was invited to the Pebble Beach Concours d’Elegance and Hull had to stay up all night putting on bumpers and chrome trim that had not been needed for racing.

The MS was the most potent of the 135 family. It had a 3.6-liter engine with triple carburetors. In this car it develops 160 horsepower. The engine is mated to a Cotal electronically-controlled four-speed transmission. Top speed is in excess of 100 mph. The brakes are rod-activated mechanicals. 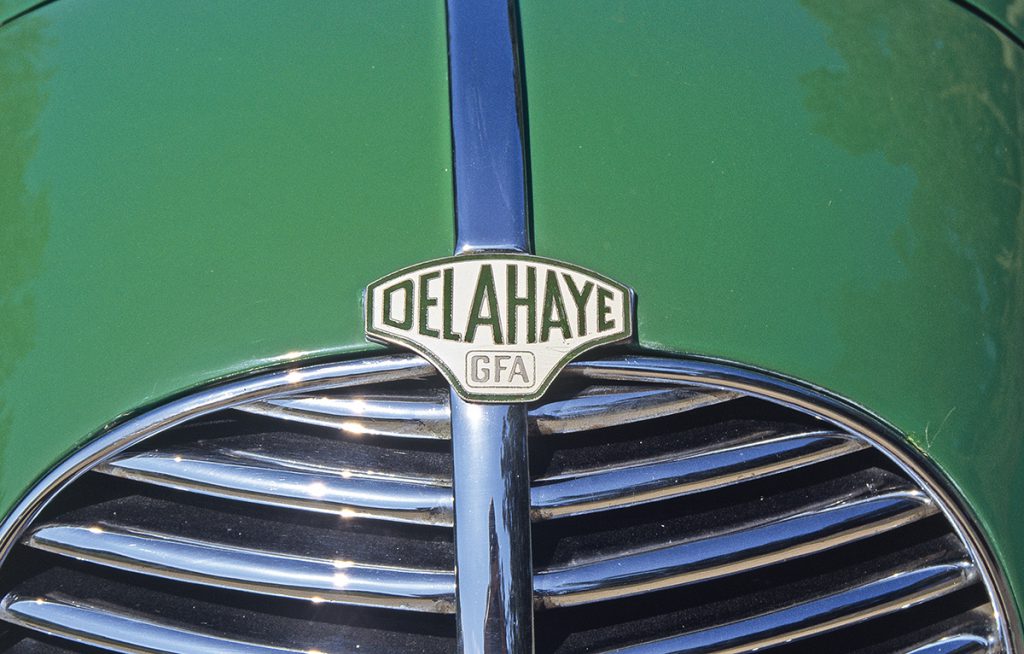 The Vedette (French for star or celebrity) cabriolet body was built by famed coachbuilder Henri Chapron, and is one of four known to exist. It is mounted on a 116-inch wheelbase.

Vintage cars often have performance beyond expectations. This large convertible not only kept up with the Bugatti at Monterey, but during a rally in California the driver of a late-Sixties Ferrari 275GTB/4 NART Spider asked Hull, “What do you have in that car? I could never touch you.”

Hull says the engine has strong torque and the car is perfectly balanced so that it can drift through turns. The strong mechanical brakes never pull and have only needed one adjustment in 40 years. The whole car has been reliable. The engine has never been rebuilt and the complex transmission only recently required a rebuild. Happily, Jim Hull and his Delahaye came through the devastating 2018 fires that swept through Malibu. 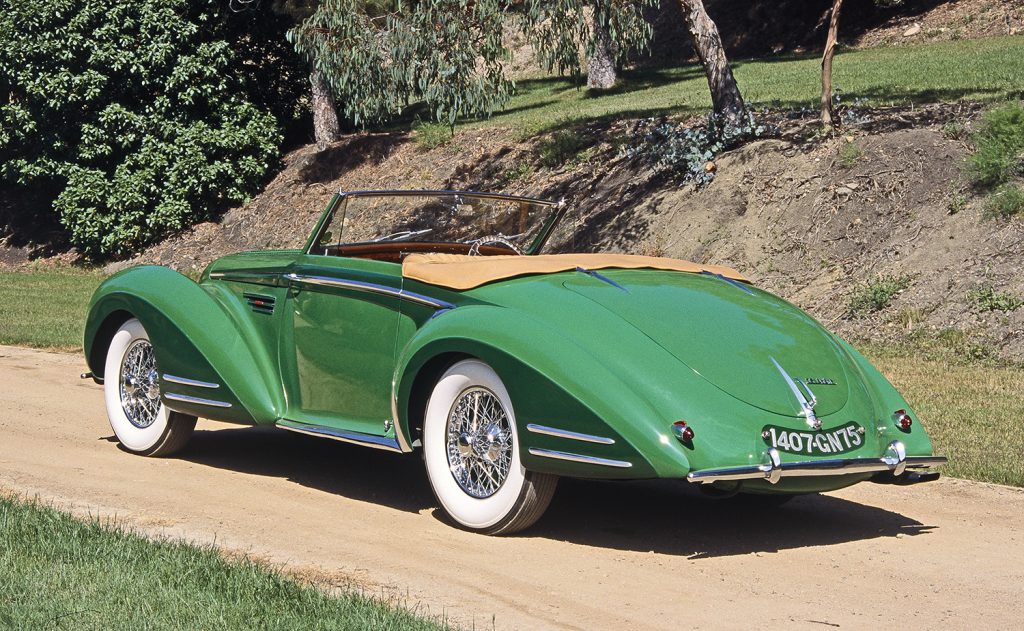 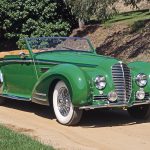 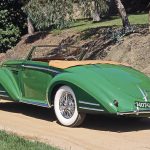 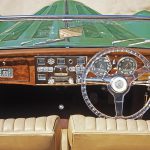 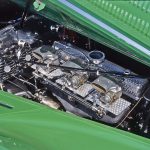