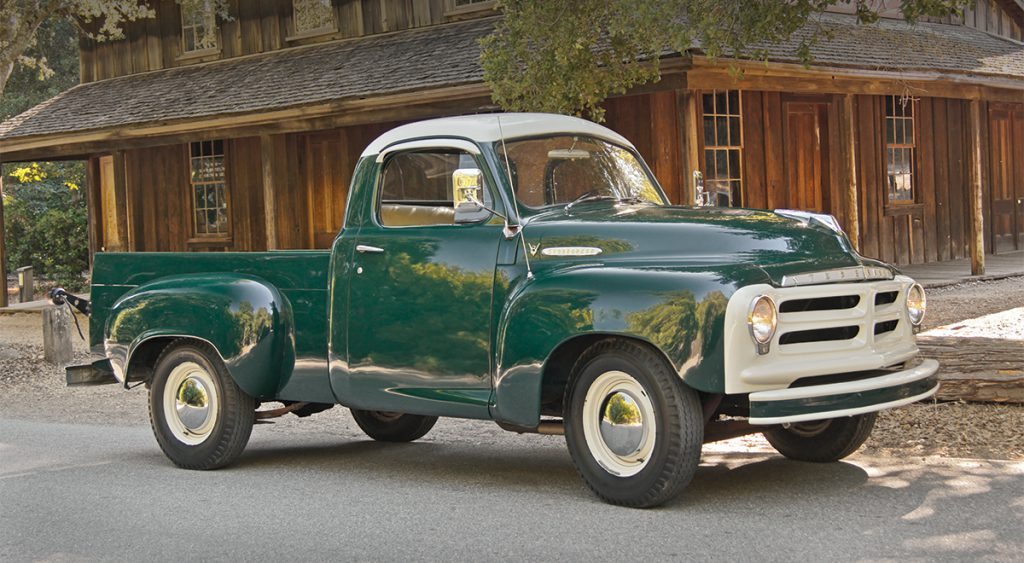 Studebaker got off to a good start in the postwar truck market with the 1949 R-series trucks that had fresh styling by Robert E. Bourke. While running boards were still prominently displayed on the competing new designs from the Big Three brands, Bourke’s truck cab looked more modern with the running  boards concealed under the doors.

Besides good looks, Studebaker was able to pitch its trucks as economical to operate—a major selling point for businesses and fleet buyers. Studebakers were an average of 400 pounds lighter than the key competitors. Light weight, along a small six-cylinder engine shared with the Champion car, meant that Studebaker trucks had good fuel economy. An optional overdrive also helped gas mileage. Plus, Studebaker had good market coverage. It offered ½-, ¾-, and one-ton light-duty trucks, as well as 1½- and two-ton trucks. 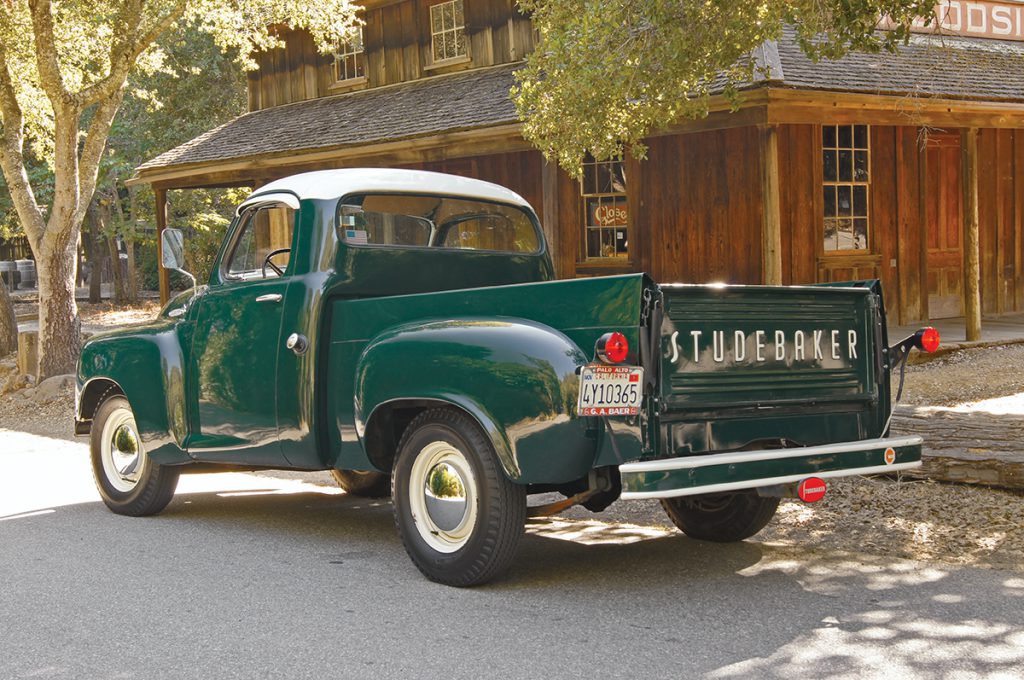 Studebaker was serious about its new truck program and had a 1-million-square-foot plant on Chippewa Avenue in South Bend, Indiana, dedicated to truck production. During World War II the company built Wright R-1830 Cyclone engines for B-17 heavy bombers in the Chippewa plant. For a couple of years Chippewa Avenue was busy with annual light-truck production of around 28,000 units—only a fraction of Detroit output, but still a good profit generator for Studebaker.

A driving force behind Studebaker’s truck expansion was company president Paul G. Hoffman. Hoffman started out as a car salesman and worked his way up through corporate management. When Studebaker went into receivership in 1933 it was Hoffman, along with Harold S. Vance as chairman of the board, who returned Studebaker to profitability. 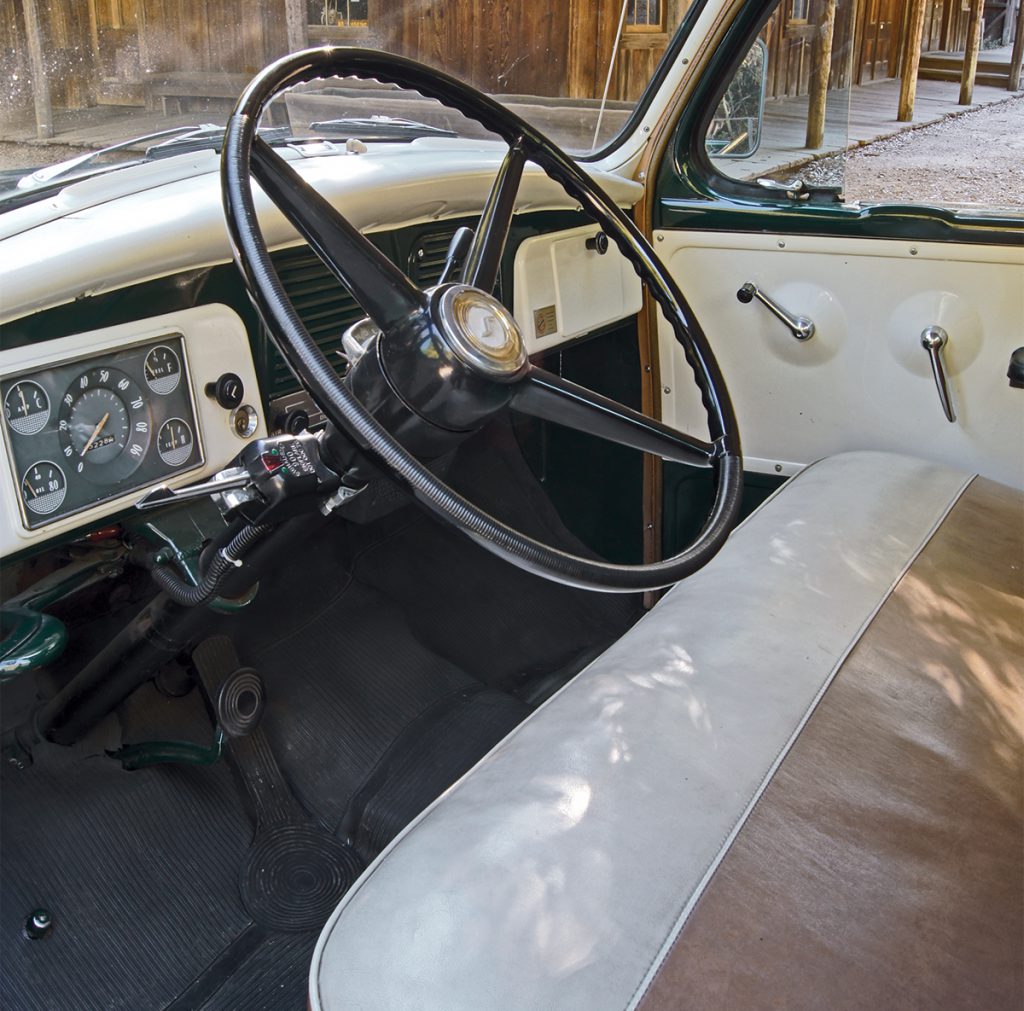 As the R-series was entering production, Hoffman was tapped by President Harry Truman to be the Economic Cooperation Administrator of the Marshall Plan to help rebuild European economies after the war. (Hoffman received the Medal of Freedom for his work with the Marshall Plan and was active in the United Nations until 1972.) Many believe that without Hoffman’s support, Studebaker’s truck division suffered neglect.

While the Big Three pickups were constantly improving in the early Fifties, Studebakers changed little and sales declined. To counter this, an updated 3R ½-ton pickup came out for ’54 with a curved windshield, new grille, and a redesigned instrument panel with round gauges—just in time for the Packard-Studebaker merger.

For 1955, the trucks were dubbed E series and got a new V8 option. Studebaker’s ohv V8 had been introduced in the car line for 1951. In trucks, the 224-cubic-inch V8 produced 140 horsepower with a two-barrel carburetor or 160 with four barrels. 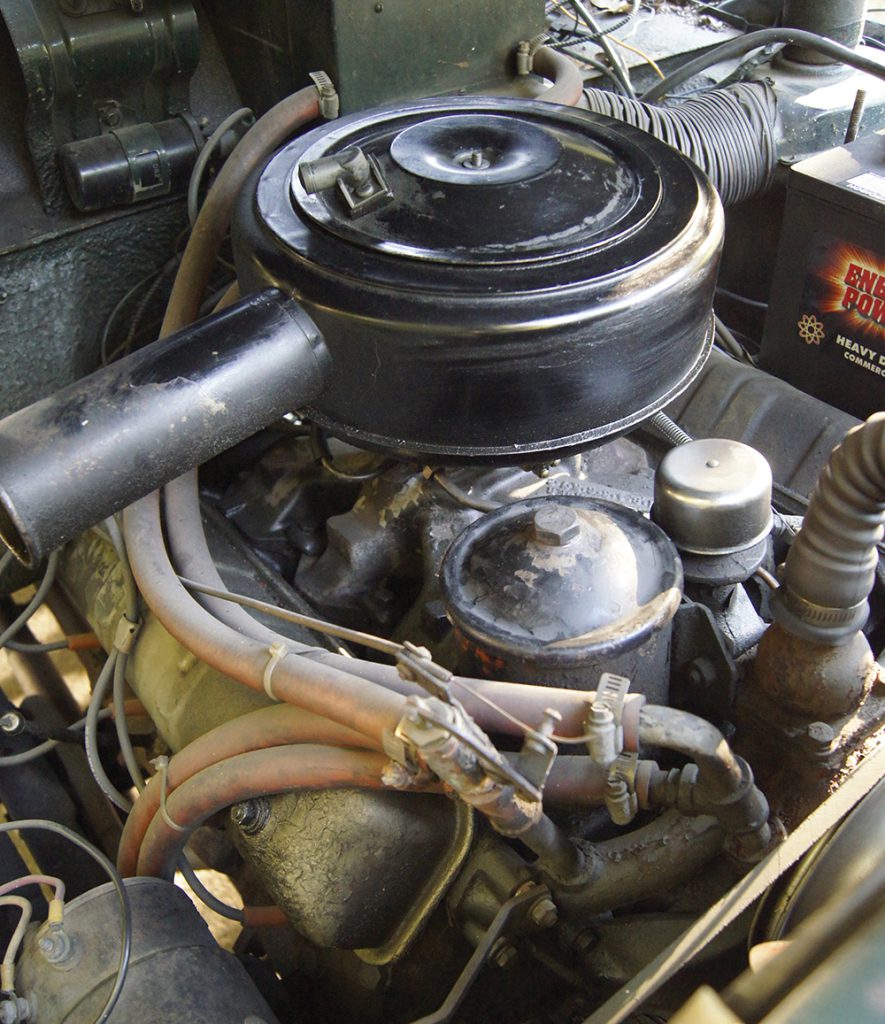 The Stude V8 was smaller than the V-8s available in Big Three cars and trucks, but the company outlook was that gasoline octane ratings would continue to increase in the coming years and horsepower could be boosted by increased compression ratios. The super-premium fuels failed to materialize and Studebaker was hampered in the horsepower race as other makes used ever-increasing displacements for more power. At least the smaller V-8 helped Studebaker maintain its tradition of good fuel economy.

Half-ton trucks with a V8 were designated E7 models. Trucks with a 92-horse six were E5, or E6 with a 102-horse six. (Eight-cylinder trucks had a V8 hood ornament, while sixes had an “S” hood ornament.) An automatic transmission was a new option with the V8.

For ’55, the rear window was 40 percent larger than the previous year and two-tone paint was a new option. External door visors were standard. Even though the design was seven years old, the new E series had enough improvements to boost sales from a dismal 4320 units for the short 1954 model year to a more respectable 10,365 for 1955.

When photographed in 2011, this 1955 Studebaker E7 pickup was owned by Thomas Griffith (since deceased) of San Mateo, California. He was the truck’s second owner, having purchased it in 1982. The pickup had an automatic transmission and its engine had been replaced by a 259-inch V8 that was available on 1½- and two-ton trucks. 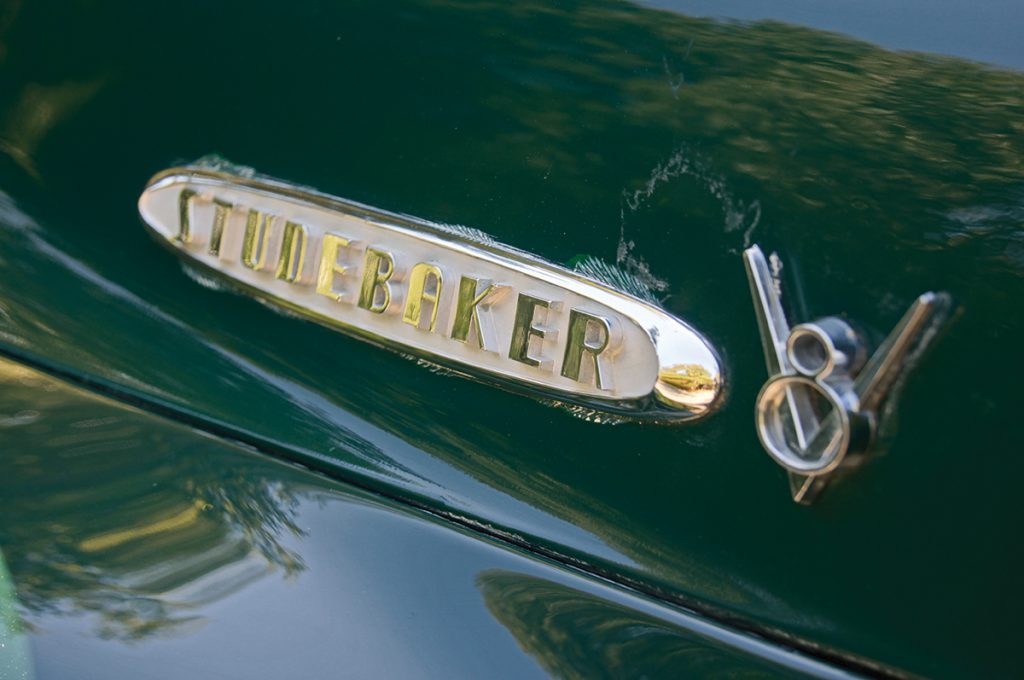 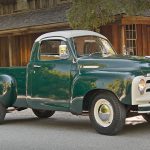 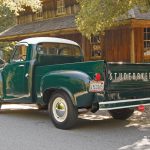 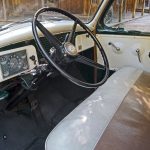 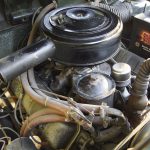 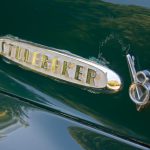