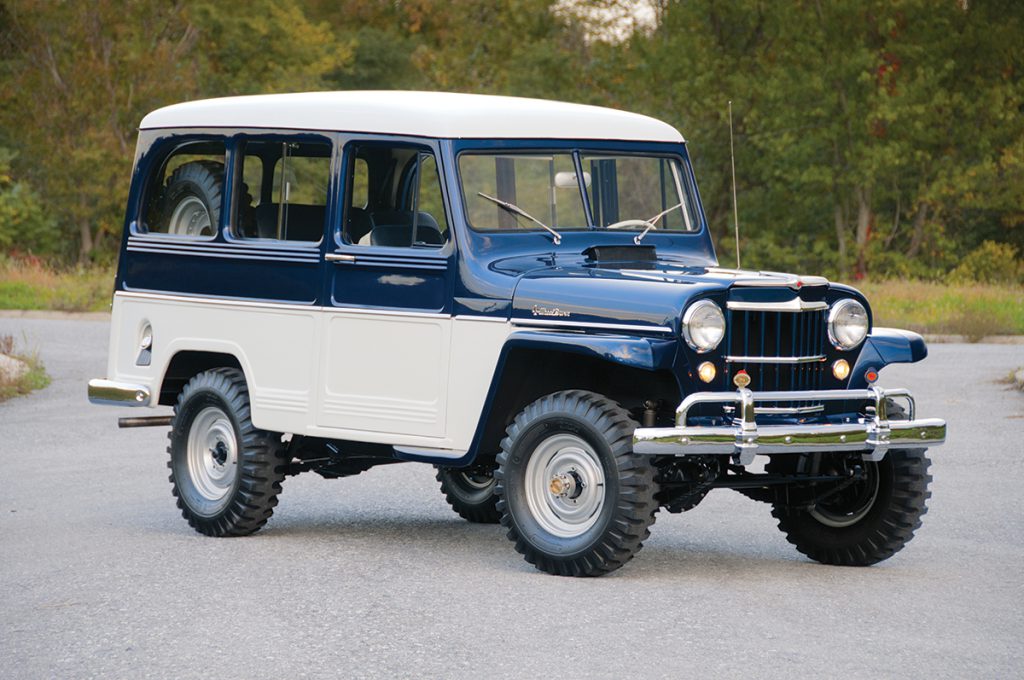 Note: The following story was excerpted from the August 2017 issue of Collectible Automobile magazine

A compact-car proposal didn’t get beyond the prototype stage. However, a station wagon and a related pickup were approved. The wagon would benefit from the jeep’s battlefield reputation, but Willys also hoped to appeal to conventional car shoppers.

Willys Station Wagon ads and brochures stressed comfort and driving ease. Illustrations featured fashionably dressed women and smiling suburban families. At first it came with the prewar Willys Americar chassis but when available four-wheel drive and rugged leaf-spring suspension came in before the end of the Forties, the Willys wagon was transformed into a forerunner of today’s sport-utility vehicles. 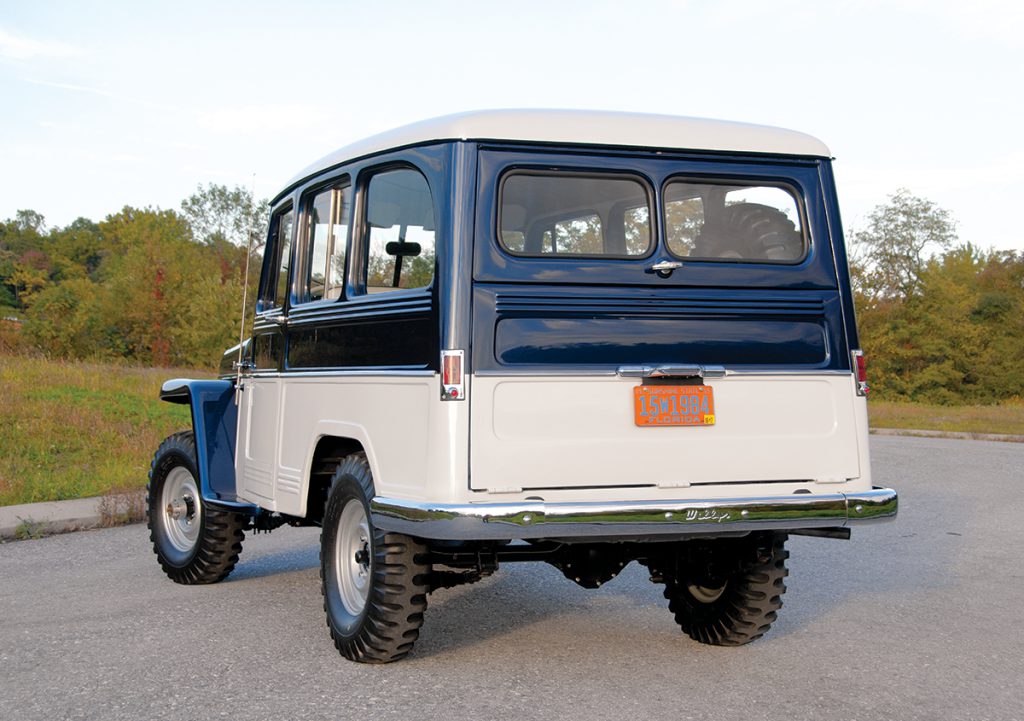 Industrial designer Brooks Stevens designed the body with the knowledge that it had to be simple to produce. The major bodybuilders, such as Briggs and Murray, had no time for relatively small orders like Willys would generate, so the company had to go to less sophisticated metal fabricators. That meant that voluptuous curves were out—body panels had to be relatively flat and easy to form. 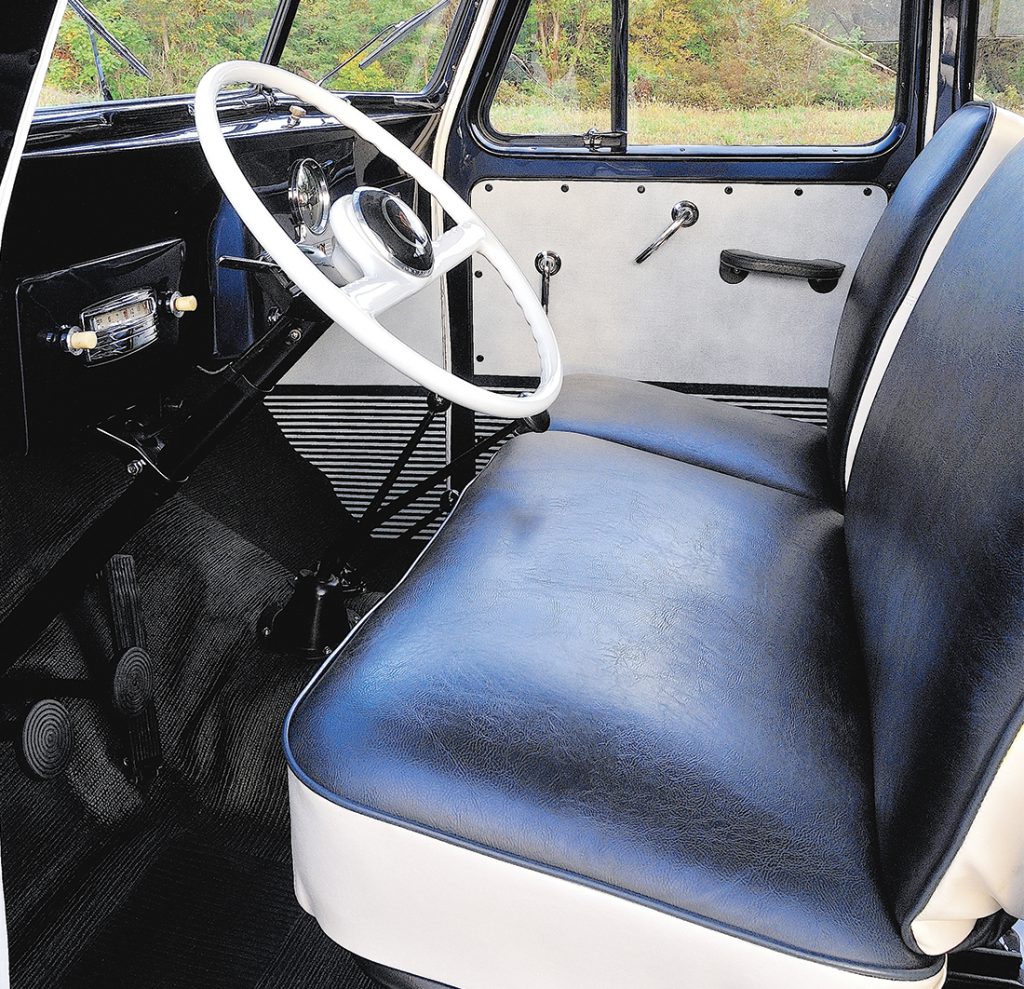 The design proved to be as durable as the vehicles themselves. It would be in production for 17 years. Though generally considered a light truck and not a car, many regard the 1946 Willys the first all-steel station wagon at a time when other wagons still used significant amounts of wood in their bodies. So that it wouldn’t look too out of the mainstream of the times, there were indentations in the sheetmetal to simulate wood paneling and framing, and the original brown-and-cream color scheme furthered the illusion.

Our featured Willys wagon is owned by David and Judy Chynoweth of Estero, Florida. The Chynoweths bought if from a mechanic who had owned it for 40 years, and it had been in his family for almost 50 years. 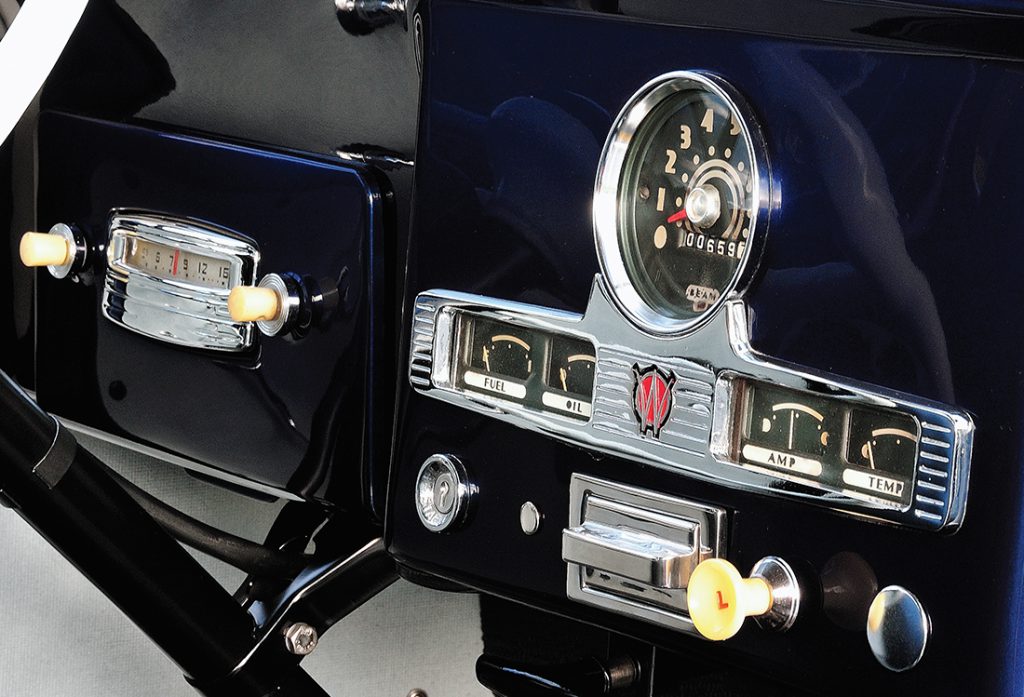 The previous owner didn’t treat the Willys with kid gloves. In fact he used it to push-start cars. Still, before selling, the mechanic did an off-frame restoration, and there have been no problems with the drivetrain. However, to get this wagon to its current pristine condition, David Chynoweth sent it to a local shop for a 2.5-year restoration.

The Chynoweths searched far and wide for correct parts. A radio was found on eBay in France. Many components were from parts cars and had to be reconditioned before installation. The previous owner found what was perhaps the last authentic headliner and passed it on. The effort paid off with an Antique Automobile Club of America Senior Grand National Award. The wagon has been copied to serve as the basis for a 1⁄18-scale diecast model, and it has been featured on a couple of calendars. 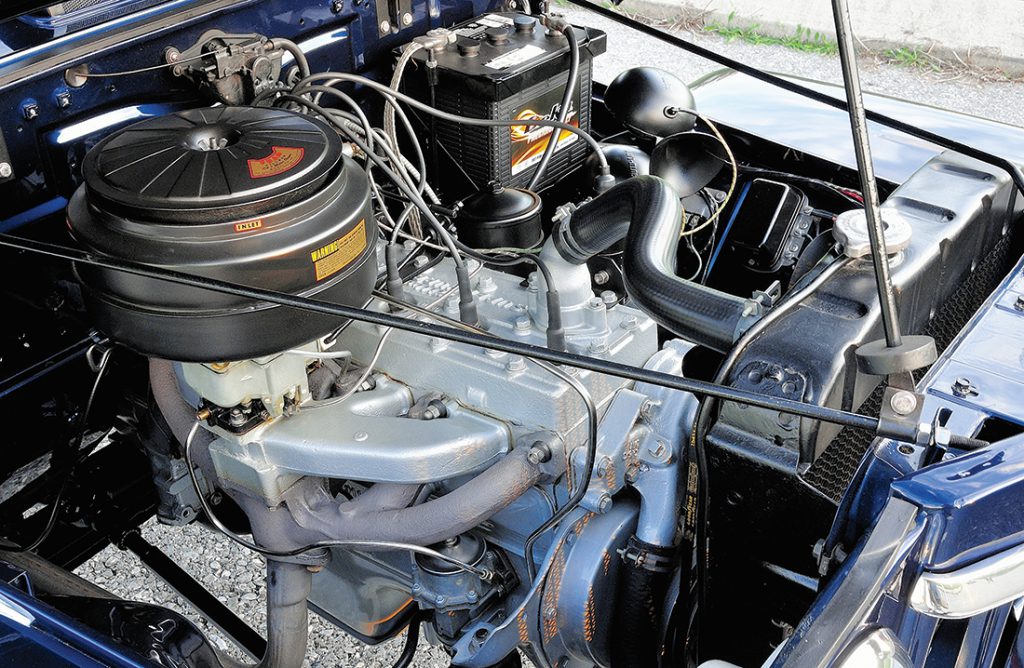 The wagon’s vehicle-identification number starts with “54,” which indicates that it is a 1954 Willys. However, it was titled as a ’55. By then Willys was more willing to admit that its wagon wasn’t a car and started marketing it as the Utility Wagon. Options on the featured vehicle include a radio, turn signals, and rear bumper extension. As a Florida car, the first owner did not order a heater. A cargo-area jump seat that would have increased passenger capacity to seven was also not ordered. Two ash trays were standard, but there is no lighter.

Willys had been owned by Kaiser since 1953, and this wagon has the optional Kaiser 226-cubic-inch L-head six with 115 horsepower that Willys dubbed “Super Hurricane.” It also has four-wheel drive, the standard three-speed manual transmission, and a 4.88:1 final drive. David Chynoweth says top speed is 45 mph. The front end has been rebuilt, so he says it “drives straight as an arrow.” 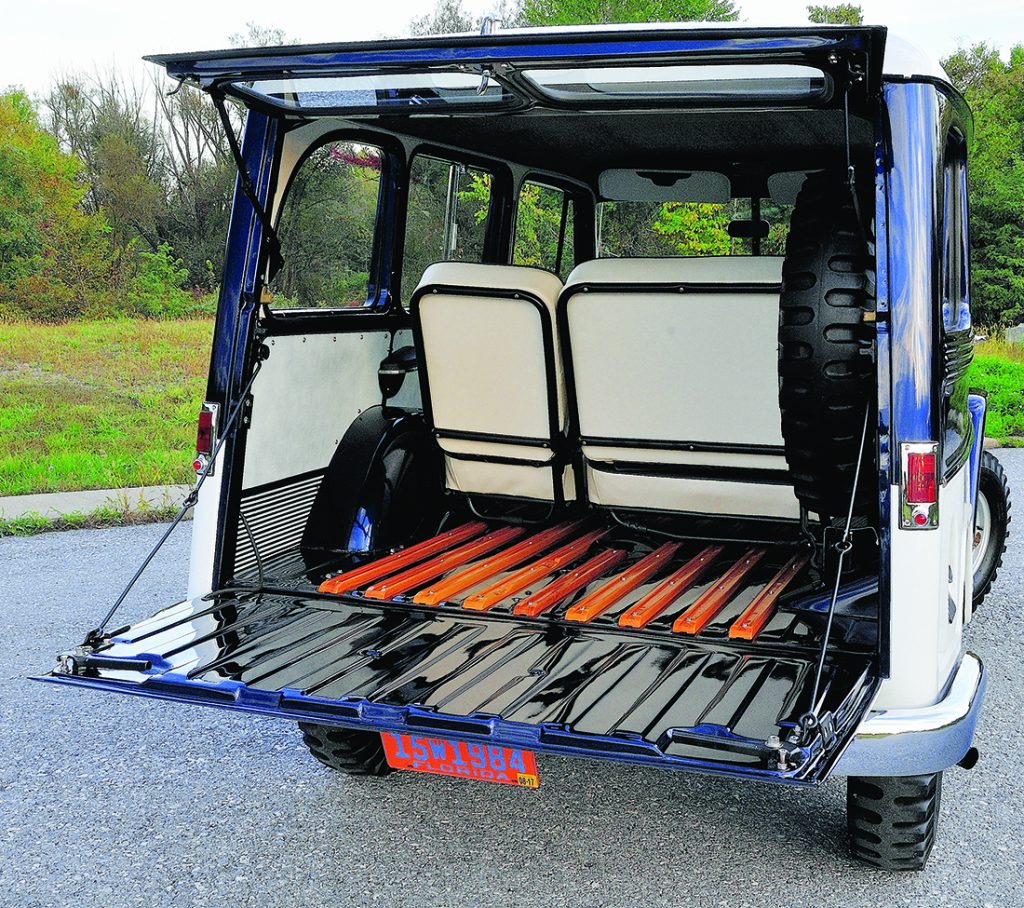 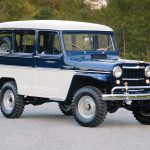 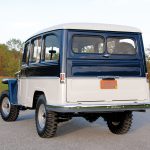 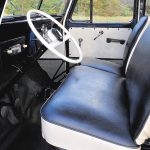 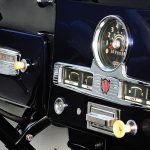 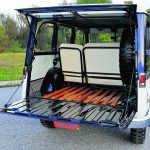 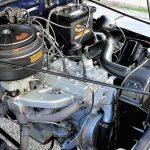