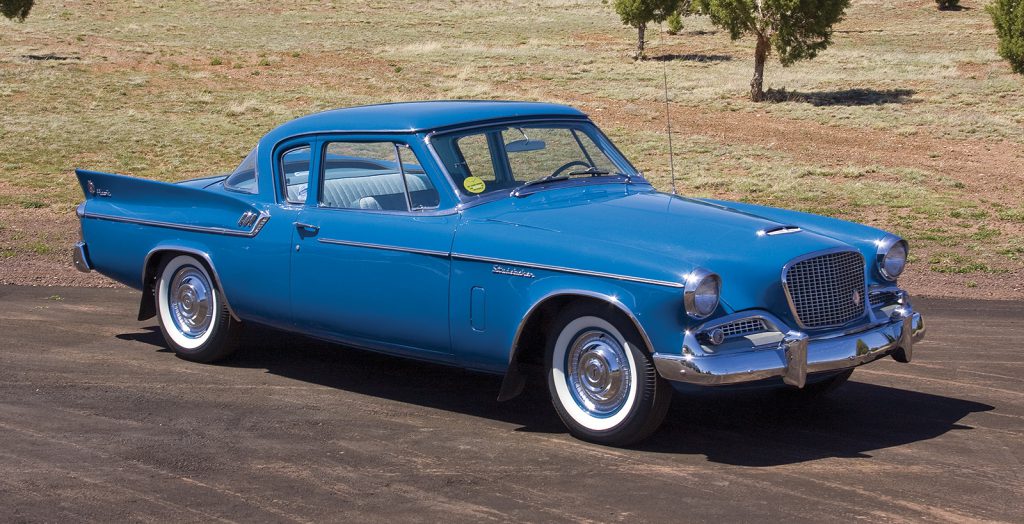 Note: The following story was excerpted from the October 2016 issue of Collectible Automobile magazine

Says owner Malcolm Stinson Jr. of the Studebaker Hawk featured here, it “is just as you would have seen it in a showroom in 1960.” Stinson, of Show Low, Arizona, should know. He was a service manager at a Studebaker dealership. It’s experience that has served him well while restoring many Studebakers, including the Hawk, which was in poor but mostly rust-free condition when he acquired it. 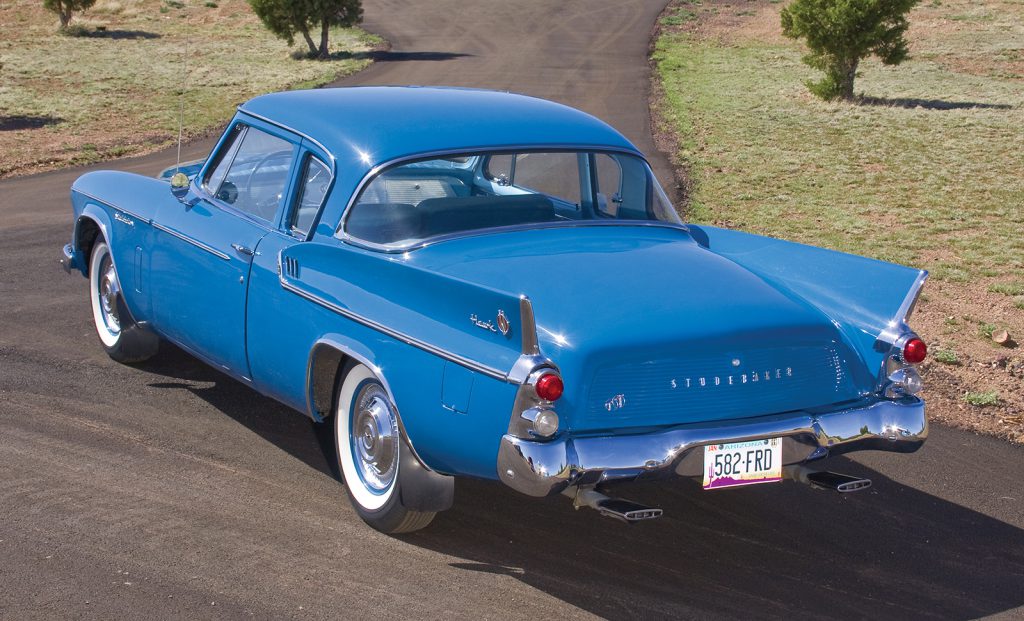 “Everything has either been repaired, rebuilt, or replaced to original,” he says of the car’s off-frame restoration. The effort was validated at the Hawk’s first show, the Studebaker Drivers Club international meet in South Bend, Indiana, where it won its class.

All ’60 Hawks had a 289-cubic-inch V8. A two-barrel-carburetor version developed 210 horsepower, while the optional four-barrel-carb engine with a dual exhaust system put out 225 horsepower. Stinson’s car has the more powerful engine and a Twin-Traction limited-slip differential. It also has the optional Borg-Warner three-speed automatic transmission. “I can pass anything on the road if I want to,” Stinson says of his Hawk’s performance. 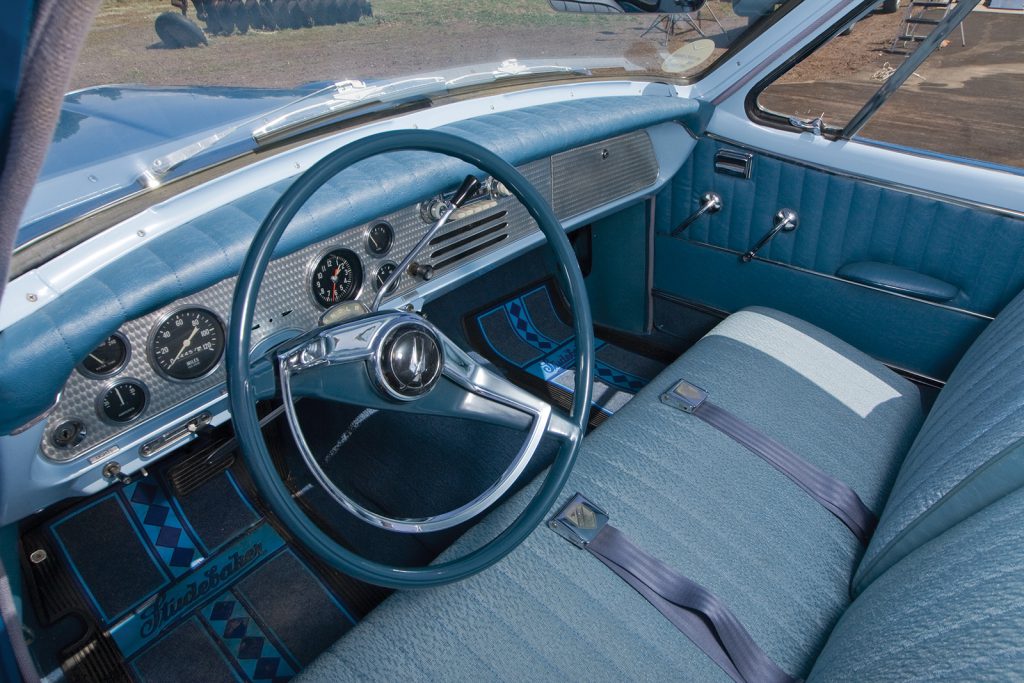 The Hawk body was a legacy of the 1953 Studebaker Starlight/Starliner coupe styled by industrial designer Raymond Loewy’s staff, a look that many consider one of the outstanding designs of the Fifties. The body was facelifted for 1956 and gained a distinctive, upright grille. It also picked up the Hawk name. By the standards of the day, the Hawk was lightweight and reasonably sized with a European flair.

Studebaker advertised the Hawk as a sports car, although it was really more of a personal car. Engine choices consisted of an L-head six, Studebaker V8s in two sizes, and a big 352-inch V8 from corporate companion Packard. The heavy Packard engine was dropped after ’56, replaced for 1957 by a supercharged Studebaker V8, and the Hawk had its best year with 19,674 produced. Studebaker was in financial straits in 1958, but the full Hawk line returned. 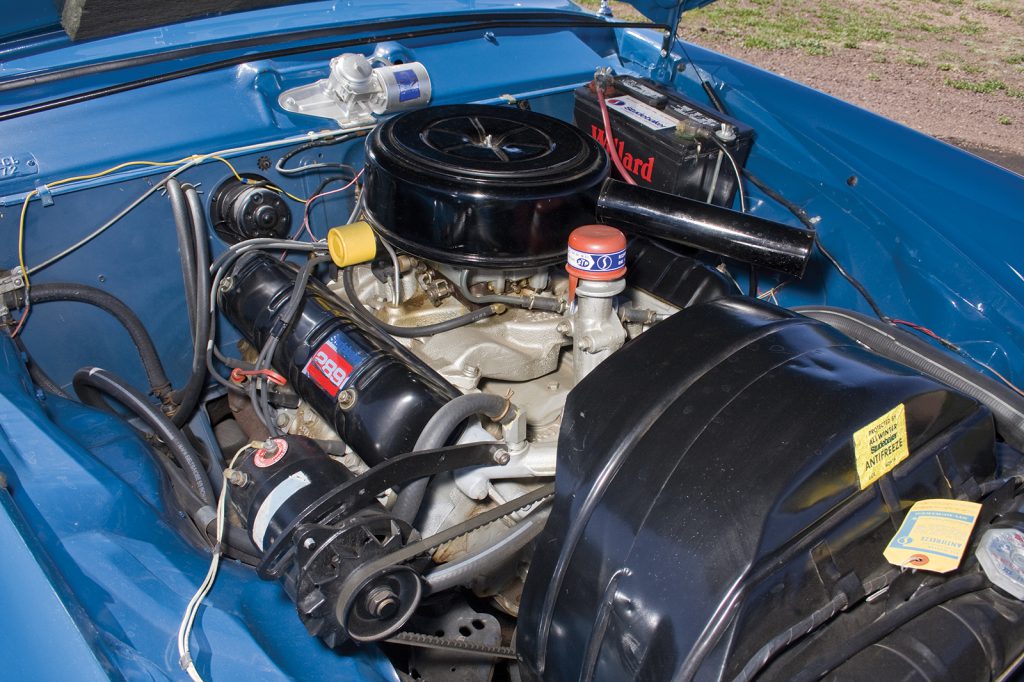 In 1959, the phenomenal success of the compact Lark saved the company. Studebaker wanted to kill the Hawk and concentrate on Larks, but dealers insisted on having something other than an economy car in their showrooms. The Hawk was saved, but on a reduced scale. The graceful hardtop was gone; only the pillared coupe remained. Engine choice was down to only the six and the smaller 259-inch V8.

For 1960 the six was gone (except for export cars), and the 259 V8 was replaced by the larger 289. The Hawk’s 289-cube V8 was considered small at the time but it only had to pull 3200 pounds (compared to 3800 pounds for a Ford Thunderbird). Performance was quite good with a top speed of 115 mph—and new finned brake drums improved stopping capability. The base price of $2650 was a good $1100 less than the starting tab for a Thunderbird. Still, Hawk demand declined to only 4507 units. For 1961, the Hawk got an optional four-speed manual transmission that made it sportier yet, but production dropped below 4000 cars.

The Hawk wasn’t finished though. A thorough—and effective—Brooks Stevens facelift resulted in the Gran Turismo Hawk for 1962. Sales jumped to more than 9000 and extended the Hawk’s life through early in the 1964 model year before Studebaker production was shifted to Canada for the final few years of the brand’s existence. 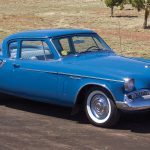 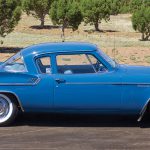 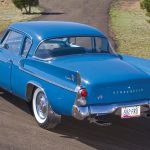 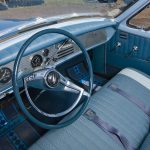 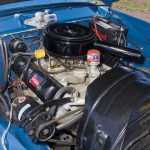 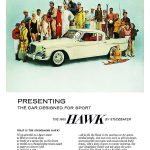