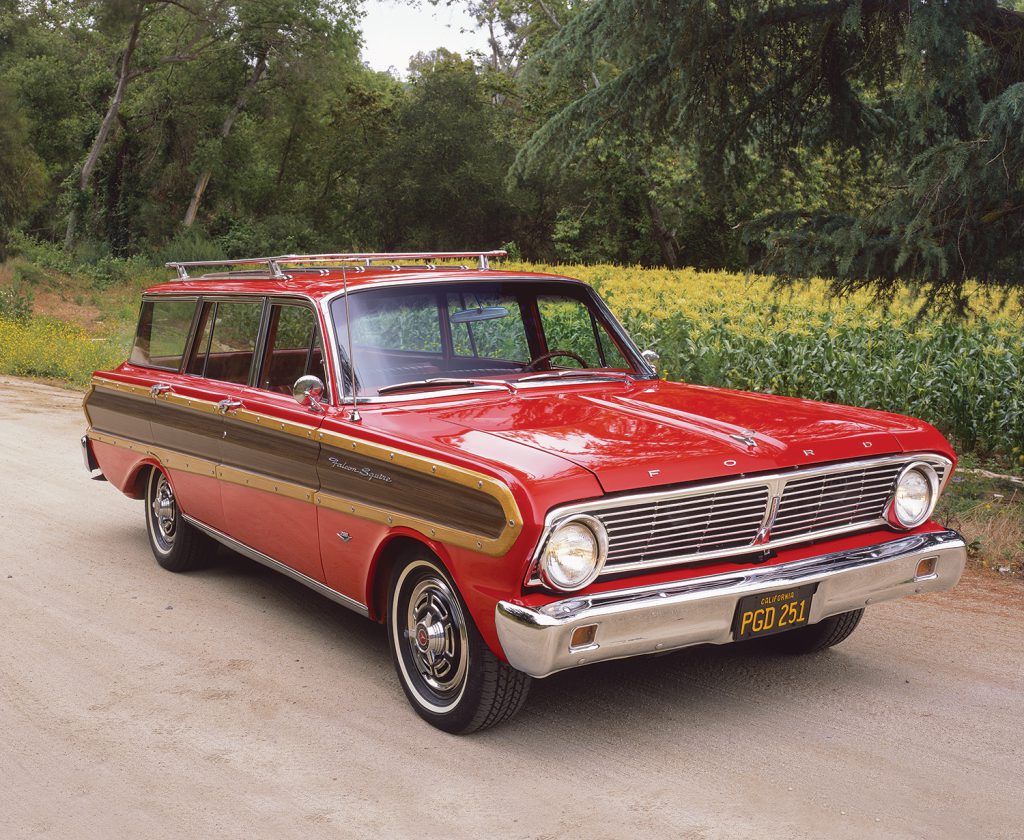 Note: The following story was excerpted from the June 2018 issue of Collectible Automobile magazine

The Ford Falcon was Robert McNamara’s baby. A practical “numbers guy,” McNamara hated waste and excess. The Edsel went against his core beliefs with its large size, superfluous decoration, and the fact that it competed with existing Ford and Mercury products. As the Edsel was failing, McNamara was campaigning for a compact Ford. 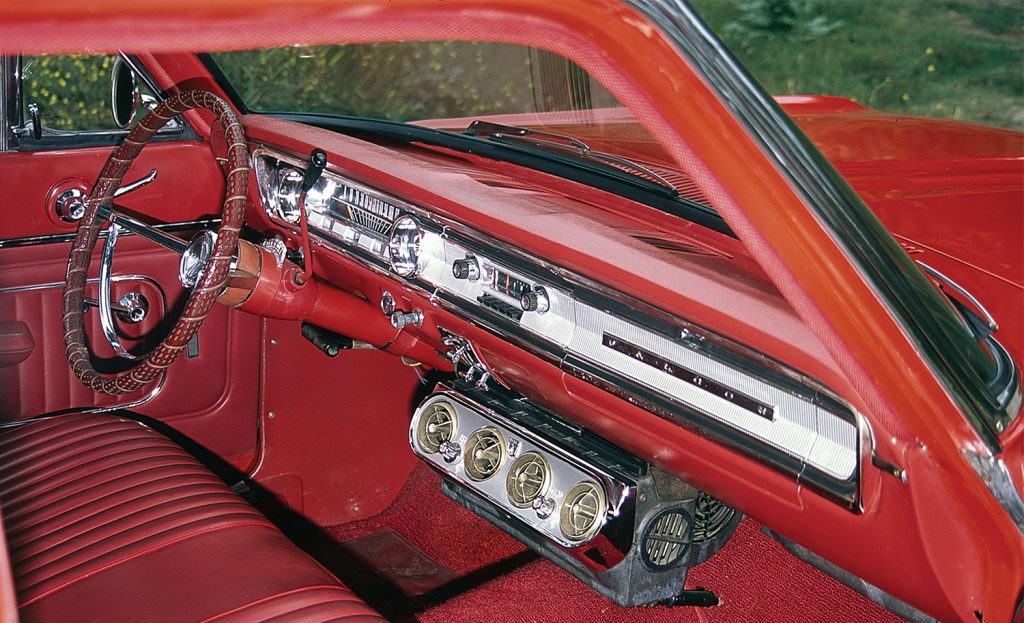 By then McNamara was vice president of Ford’s North American vehicle operations. He wanted something like the imports and the Rambler American that proved popular during the 1958 recession. He was not alone in his desire for an economy compact. General Motors and Chrysler Corporation were also planning similar cars. 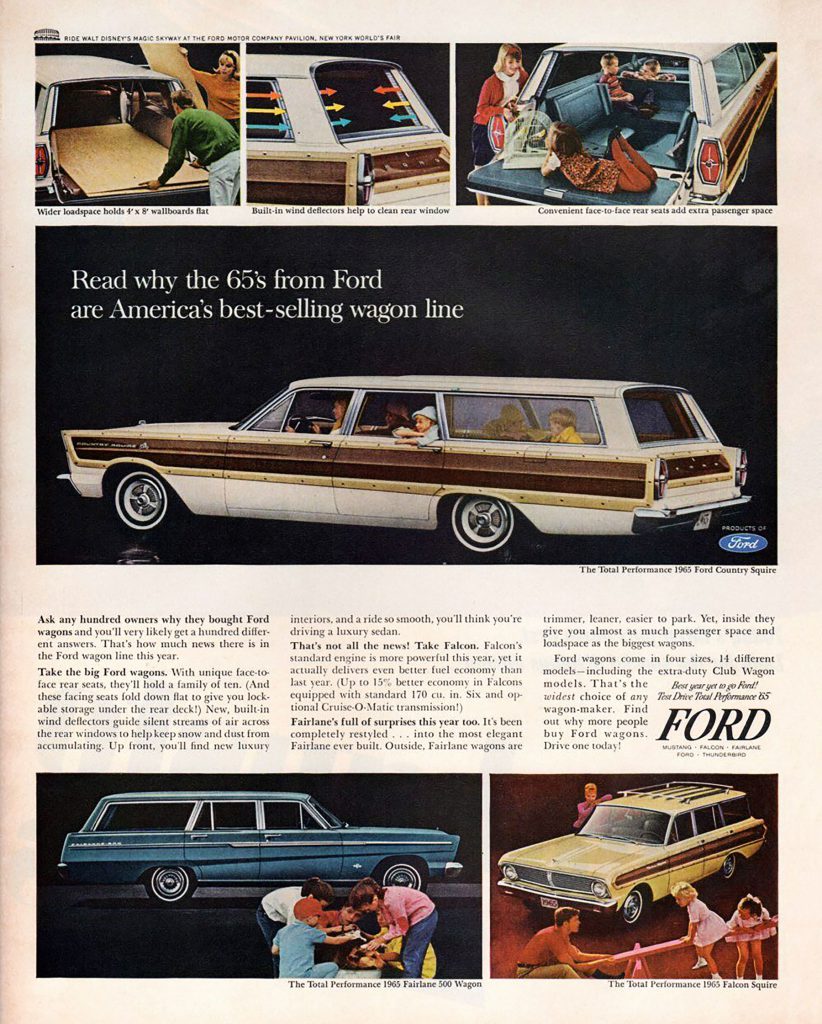 The Big Three introduced their new small cars for the 1960 model year. The Chevrolet Corvair was the most innovative and Chrysler’s Valiant had the most powerful engine and expressive styling, but Ford’s Falcon had the lowest starting price. Unlike Corvair, Falcon was simply engineered; unlike Valiant, it had conventional styling. The small Ford was what the public wanted. Falcon’s first-year production total of 435,676 was more than Corvair and Valiant combined.

Ford engineers produced a car that was light and had good interior room for its size. McNamara made sure it was economical to build and sell. The first Falcons were sparsely equipped and offered few options—some thought the cars harked back to Ford’s Model T.

After Falcon’s successful launch, McNamara became president of Ford Motor Company, only to leave a few months later to be Secretary of Defense in the Kennedy Administration. With his departure, Falcon came under Lee Iacocca’s influence. Iacocca came up from sales and knew what buyers wanted. McNamara created a car that was economical to build and own. Iacocca made it more appealing. Better-trimmed models were added and the option list expanded—both of which increased profits.

The economical but underpowered base six-cylinder engine was joined by a more powerful six and, later, a V8. A sporty Sprint model was added, a foreshadowing of the Falcon-based Mustang, a runaway success that wouldn’t have been possible without McNamara’s no-nonsense Falcon.

Our featured 1965 Ford Falcon Squire station wagon was built during the final year of the Falcon’s first generation. By then Falcon had a more upmarket appearance and features. The $2665 Squire was the best trimmed Falcon wagon with its simulated-wood body adornments. 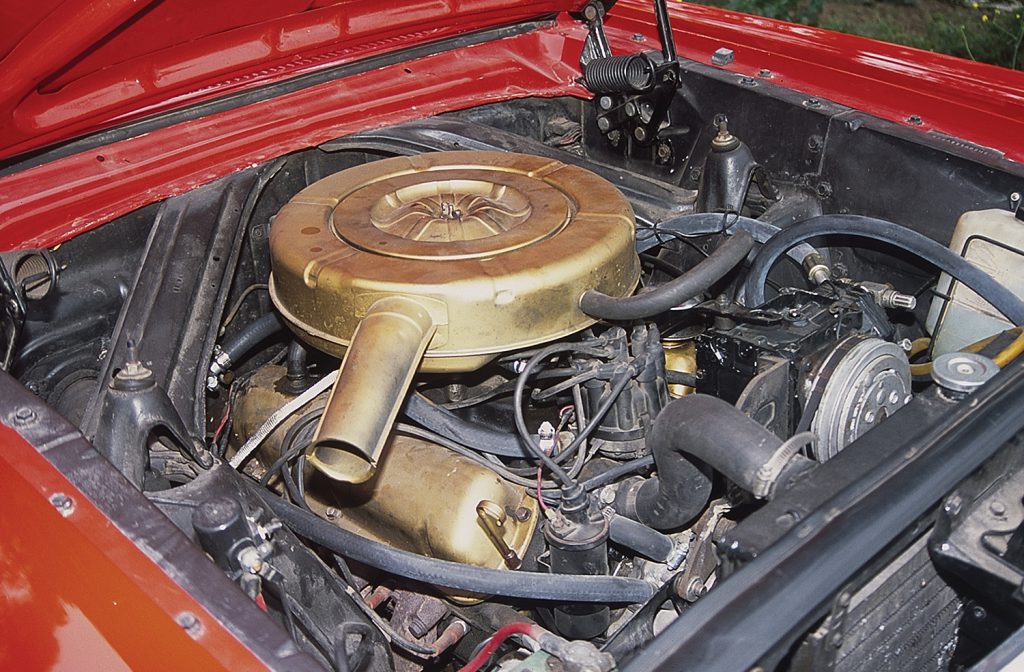 This example has the extra-cost 200-horsepower 289-cubic-inch V8 and Cruise-O-Matic three-speed automatic transmission. Wagons weighed about 300 pounds more than sedans, so the V-8 aided both performance and hauling capabilities. The car also has optional power steering and air conditioning—the kinds of things Iacocca felt shoppers wanted. Although a compact 190 inches long, the Falcon wagon had a generous 77.9-cubic-foot cargo volume. This Squire was owned by John and Connie Waugh of Fallbrook, California, when photographed. 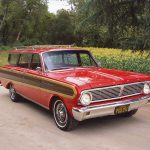 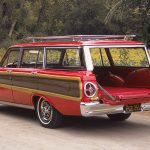 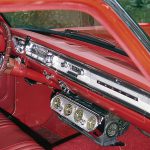 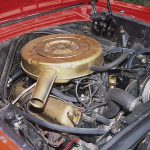 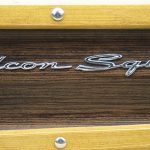 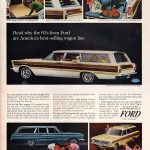