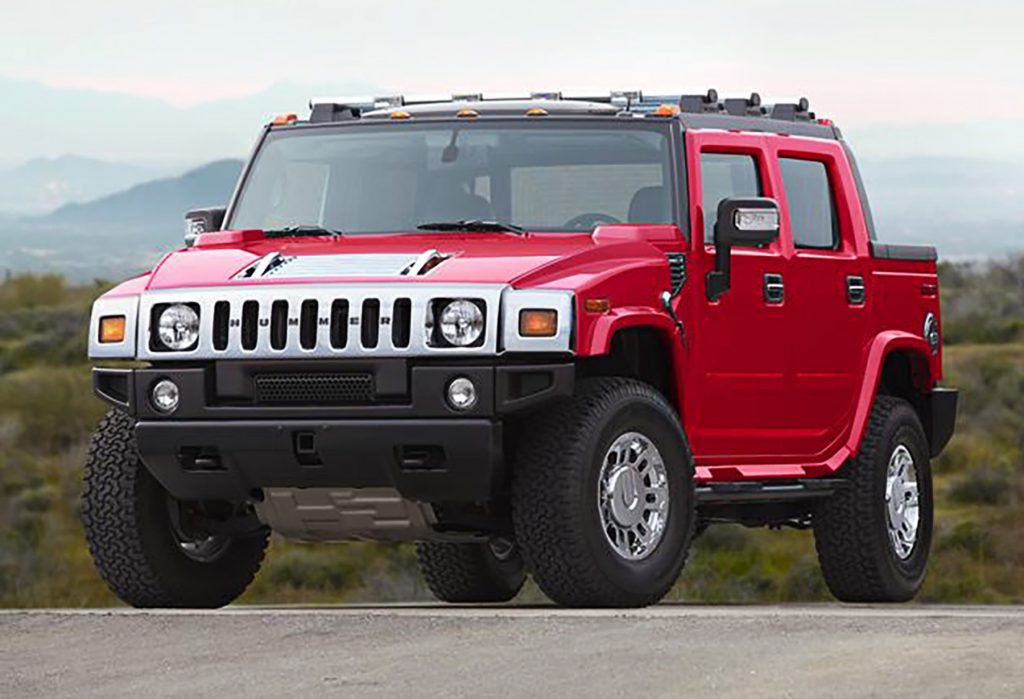 And just like that, the Hummer brand is back from the dead. Due in showrooms late in 2021, the all-new 2022 Hummer EV pickup truck will be a flagship of General Motors’ latest electric-vehicle initiative. This time, however, Hummer is a sub-brand of GMC, not a stand-alone brand. And this time, Hummer will not be shunned by the buying public when gas prices again spike—the new Hummer uses no gas. 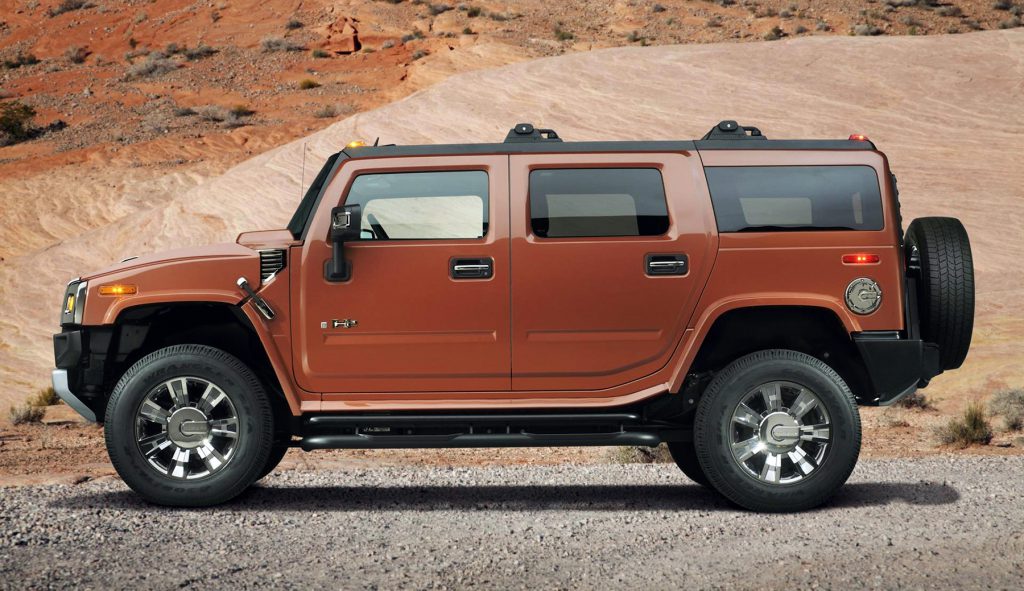 The Hummer brand dates all the way back to 1992, when defense contractor AM General began selling civilian versions of its M998 High Mobility Multipurpose Wheeled Vehicle (HMMWV), known colloquially as the Humvee and later as Hummer.

In 1999, AM General sold the Hummer brand to GM, along with the rights to distribute the original M998, which it would continue to assemble in its Mishawaka, Indiana assembly facility.

After naming it the H1, GM began selling the M998 Hummer through select dealers almost immediately. The H1 was a slow seller, however, due mostly to its high price and awkward size—the truck was nearly 87 inches wide.

To see any real sales volume, the Hummer brand needed a vehicle that captured the look and feel of the H1, but was more practical and affordable. Enter the H2.

Early public interest in Hummer was strong. Strong enough, in fact, that a smaller Hummer model named H3 joined the lineup for the 2006 model year. An H4, meant to compete directly with the Jeep Wrangler, was also reportedly in the works. 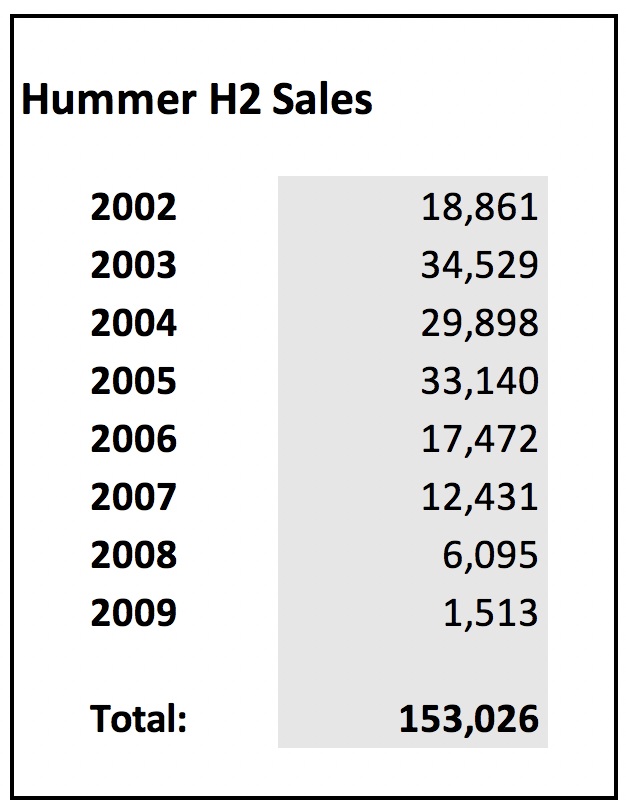 For 2008, the H2 received a serious freshening that included a much-needed boost in horsepower. Gone was the Hummer’s 325-hp 6.0-liter V8 and 4-speed automatic transmission, replaced by a variant of the Chevrolet Corvette’s 6.2-liter engine that was rated at 393 horsepower and mated to a 6-speed automatic.

The Hummer brand might have survived to this day were it not for the economic meltdown of 2007/2008. As a result of the crisis, the Dow Jones Industrial Average plunged from an all-time high of around 17,000 in August 2007 to just 8600 the following February. Car sales plunged commensurately, and sales of expensive, thirsty SUVs fell the hardest.

Making things worse for Hummer was the fact that gas prices were spiking around this time as well, reaching $4.00 a gallon in parts of the country for the first time ever.

Hummer wasn’t GM’s only problem at the time, and the automaker ended up being forced into bankruptcy by the federal government. As part of the company’s reorganization, a number of brands were pruned from the family tree, including Pontiac, Saab, and, of course, Hummer. Hummer wrapped up production after the 2009 model year. Despite rumors to the contrary, there doesn’t seem to have been any 2010 H2s built.

The H2 isn’t quite collectible yet, though good-condition used examples aren’t exactly cheap. Expect to pay at least $15,000 for high-mileage H2s, and upwards of $25,000 for clean 2008 and 2009 models with the 6.2-liter V8. Note that there are plenty of overly—and frequently poorly—customized H2s on the used-car market, many with ridiculously high asking prices. We doubt many actually trade hands for more than $30,000.

Presented here is Consumer Guide’s original review of the 2009 Hummer H2. If you have any Hummer memories, please share them with us. The place to leave comments is down below.

The 2009 Hummer H2 gains the ability to run on E85 ethanol-blended fuel. This premium large SUV is available as a 4-door wagon or the SUT, which is a crew-cab pickup truck. Like the Chevrolet Avalanche, the SUT features a folding midgate between the cabin and cargo bed. The H2 wagon can seat up to seven; 2nd-row bucket seats are newly available for 2009. H2 is powered by a 393-hp 6.2-liter V8 engine. A 6-speed automatic with steering wheel paddles for manual operation is the sole transmission. Maximum towing capacity is 8000 lb. H2s have all-wheel drive with low-range gearing for off-road use. Off-road equipment designed to cope with severe conditions is available. Available safety features include ABS, traction control, antiskid system, and curtain side airbags. Also standard are OnStar assistance and leather upholstery with heated 1st- and 2nd-row seats. A wireless cell-phone link, heated steering wheel, and power-tilt steering column are among the new features on the 2009 H2.

Acceleration is fairly brisk around town and strong at highway speeds. Hummer estimates an 8.0-second 0-60-mph time, which feels accurate to us. The smooth-shifting transmission is prompt to kick down for more power.

No opportunity to measure. H2’s over 8600-lb gross vehicle weight exempts it from the EPA mileage-reporting program. Expect mileage in the low teens at best on the premium-grade gas Hummer recommends. Fuel economy will be further reduced running on E85.

A bit jittery over small bumps and floaty over big ones despite meaty tires and 3-ton heft. Little difference between the coil- and optional air-spring suspensions, though the latter’s self-leveling feature helps with heavy hauling and towing.

Large, unobstructed gauges are easy to read. The available navigation/audio unit uses a sensible touch screen design and is not hard to learn.

REAR: Headroom is fine, but legroom is tight if front seats are set far back. The seat itself is comfortable, but too narrow for three adults despite H2’s girth. The wagon’s optional 3rd-row seat is difficult to access and is best suited for children. SUT’s power midgate window is useful for ventilation.

Hummer claims wagon versions offer almost 90 cubic feet of cargo space, but the load floor is high and obscured by the spare tire mounted on a massive swing-away rear carriage. The 2nd-row 60/40 seatbacks do fold flush into the floor. SUT’s midgate adds versatility, but the tailgate is very heavy and very high off the ground. With the split rear seat folded and midgate in place, SUTs offer about 30 cubic feet of interior cargo room. 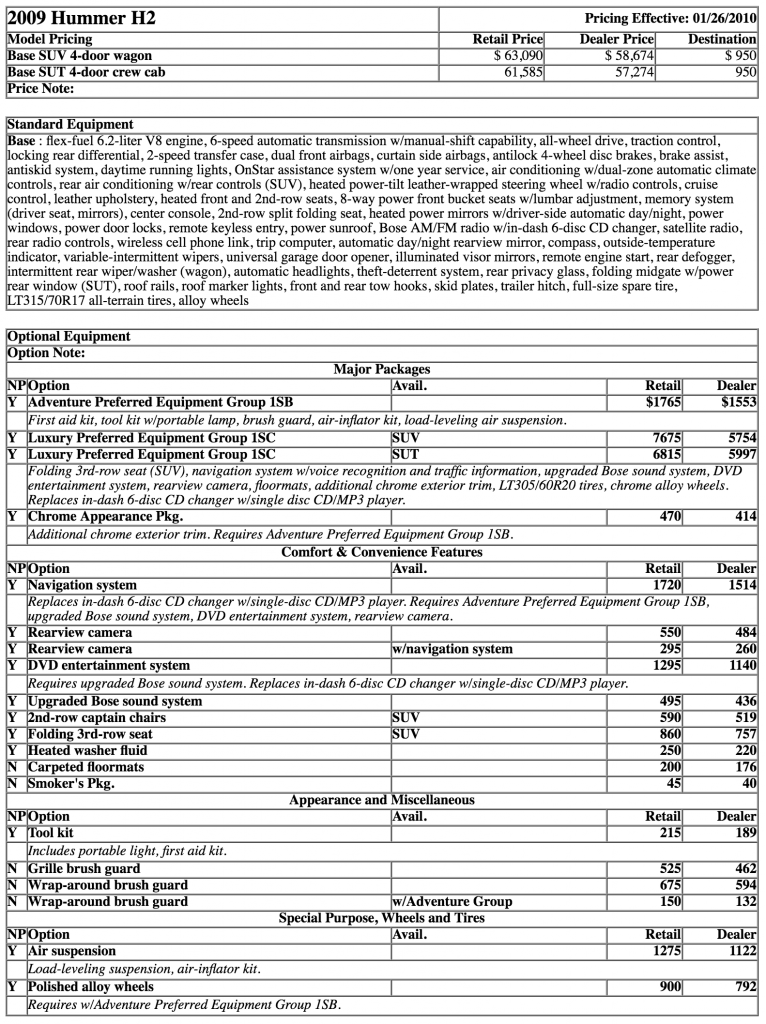 Hummer’s biggest model is incredibly capable off-road and reasonably well-behaved on-road. Impressive towing capacity adds to the package. For shoppers uncomfortable with Hummer’s aggressive styling and with few off-road aspirations, any number of large trucks match the H2’s overall utility and trump it for passenger space and fuel economy. 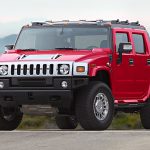 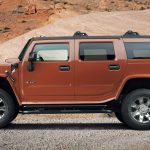 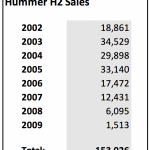 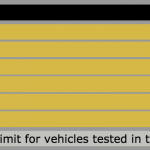 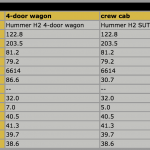 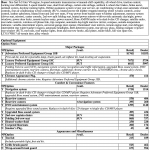