Chrysler demonstrates that snow days can be fun—even for adults.

Those were once magical words.

As kids, after peering out our bedroom windows to see that Mother Nature had blessed us with a fresh, thick blanket of white overnight, my sister and I would sit at the breakfast table eagerly waiting for the phone to ring. And on those all-too-rare occasions when it did, there would be a moment of anticipation followed by a rousing cheer: “Snow day!” Chryslers in snow.

Oddly, I don’t recall my parents sharing in our enthusiasm.

Of course, as the years passed, “snow days” became less about fun and more about work—often back-breaking work. But recently, we were once again treated to a snow day to enjoy, this time courtesy of Chrysler Group (now FCA North America). 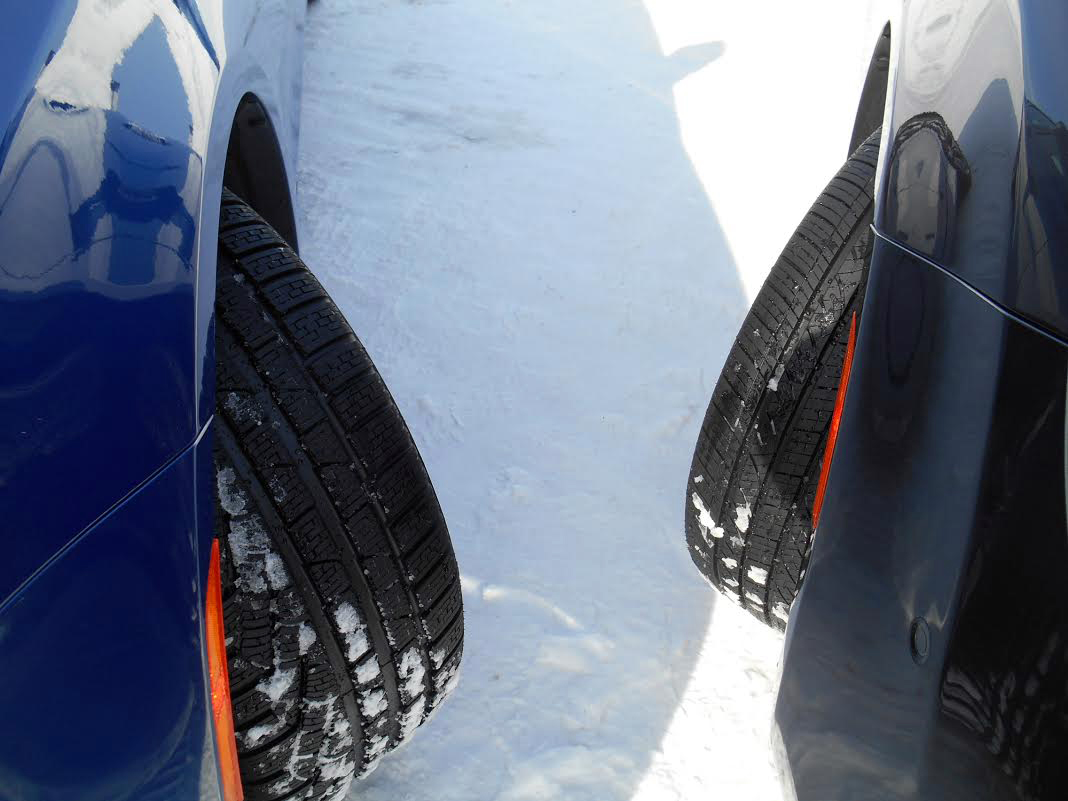 A Tale of Two Tires: At left is the winter tire worn by one of the Chrysler 200 sedans in attendance; at right is the conventional all-season tire. It’s hard to see in this photo, but winter tires can usually be identified by the numerous tiny grooves in their tread blocks. The edges of these grooves cut into snow and ice to provide better grip.

As you probably know, Chrysler Group encompasses the Chrysler, Dodge, Jeep, and Ram brands, and the company says that roughly half the models in its fleet are available in either all-wheel-drive or 4-wheel-drive versions. Although the benefits of driving all four wheels extend beyond foul-weather traction, that’s certainly the easiest way to demonstrate its advantages. And that’s what Chrysler Group set out to do.

Since an event of this scope requires substantial advance planning—and, of course, snow—Chrysler covered its bet by holding it in Montreal. In February.

Situated about 300 miles north of Boston—the current snow capital of our country—Montreal suffers some pretty severe winters; so severe, in fact, that all passenger vehicles are required to wear winter tires from December 15 to March 15. As such, all the Chrysler Group vehicles had them, with two exceptions. For comparison purposes, there was a pair of all-wheel-drive 200 sedans, one with winter tires, one with regular all-season treads, and a similarly shod pair of 300 sedans. And herein brought the first lesson of the day.

See you in the Spring: The Snow-Bound Vehicle Power Quiz 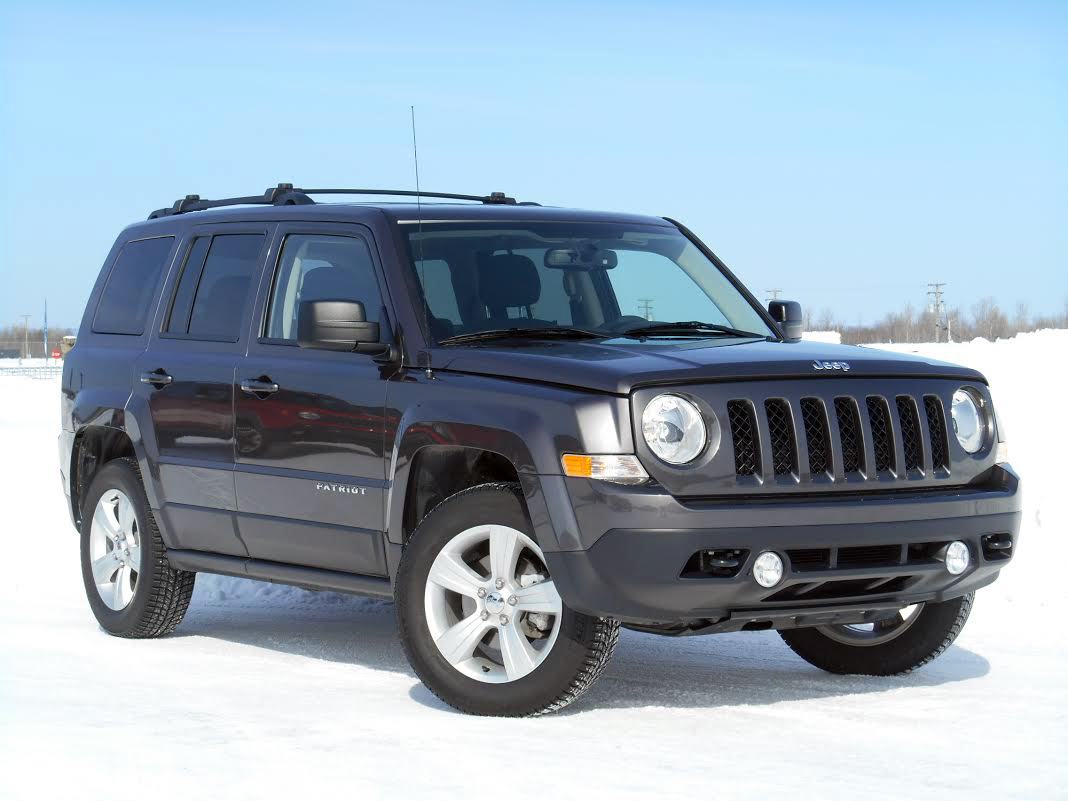 At $19,890 including destination, Jeep’s Patriot is the least-expensive AWD SUV offered in the U.S. It remains so even after adding air conditioning (which is standard on most rivals) at $996.

One of the test tracks was a long, winding handling course covered with hard-packed snow. Driving the 200 sedans back to back revealed that winter tires do, indeed, make a difference, as there’s more “stick” in acceleration, cornering, and braking. Granted, there’s not nearly as much difference as between summer tires and winter tires—comparisons I’d done before—but there was enough to be noticed.

There was one other lesson from this track. Many car commercials will show someone having way too much fun with a company’s product, followed by the famed disclaimer, “Professional driver on a closed course. Do not try this at home.” Well, we may not have been professional drivers, but we were on a closed course. And while we were warned that the berms outlining the wide track were not fluffy snow but rather fender-crunching hard-packed ice, it was still an opportunity to let it hang out a bit, so to speak. And we did. It was a gradual process, that of taking the car up to the point it was sliding around while still in control, but getting it there was both fun and educational—in part because you could tell how far the antiskid control would let you go before intervening to save your hide.

Consumer Guide guides a Ram ProMaster Cargo through a blizzard 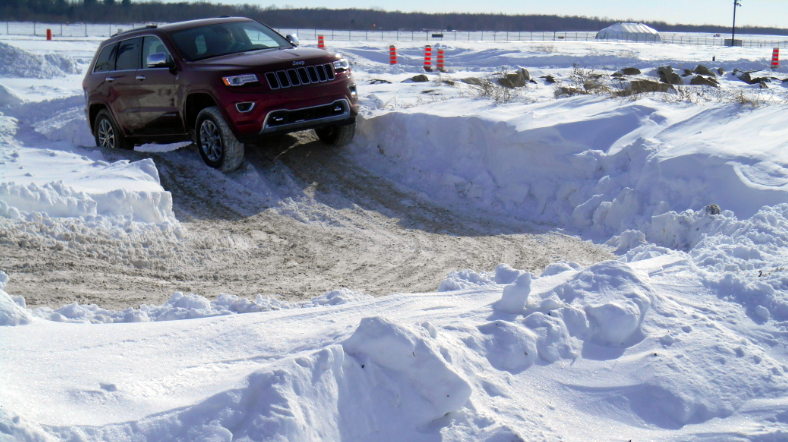 A Jeep Grand Cherokee tackles an “easy” part of the off-road course. Other sections were far more challenging.

For the more “truckish” vehicles in attendance, there was also a surprisingly severe off-road course. By the time we attacked it, most of the snow had been worn off—at least on the tough parts—so this was more of a “dirt” experience. Nonetheless, it showcased how capable all of the vehicles were in the rough. Some, such as the Wrangler, you expected to be good; it was the Jeep Patriot and Ram Power Wagon that were the surprises. Some of the vehicles were fitted not only with hill descent control—which is really useful to control speeds on steep downgrades—but also what was effectively an off-road cruise control; once underway, you’d set a speed from 1 to 9 mph, and the vehicle would hold pretty close to that whether going uphill or down. On a couple of the steep climbs, in particular, it was clearly better at maintaining momentum than was my right foot.

Back in my neighborhood in Chicago, three inches of white stuff is enough to bring out the Snowblower Drill Team. These guys not only clear their own properties but also the sidewalk all the way down the block, while another group takes care of the alley. By the same token, down at my weekend farmette 100 miles south of Chicago, my friend Scott clears a dozen people’s driveways (including mine) with a huge plow attached to his ¾-ton pickup. 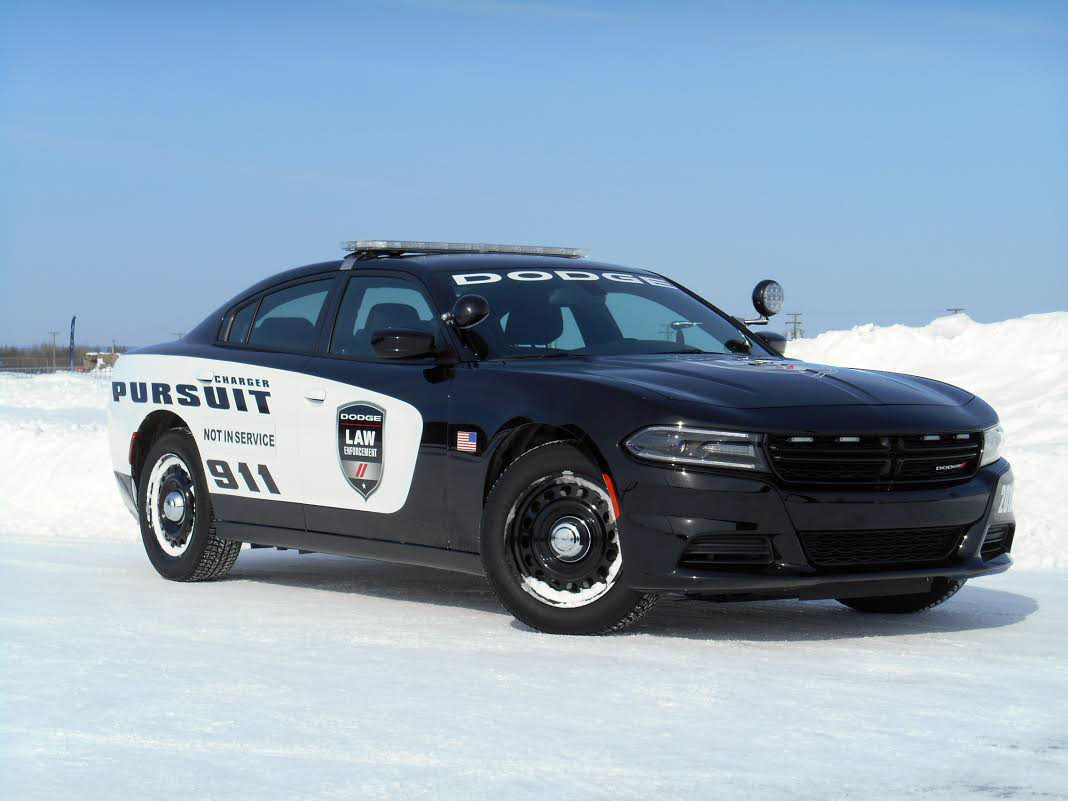 With the 2015 redesign, Dodge dropped the V8/AWD combination for “civilian” Chargers (AWD only being offered with the V6 engine), but continues to make it available to law enforcement. Watch for these vehicles to be popular at future government auctions.

While the thoughtfulness of these “snow angels” is clearly of great benefit—and great service—to those of us less equipped, it always seemed as though the satisfaction of helping their neighbors was not their only reward. And now I know why.

Also in attendance at the Chrysler event was a Ram 2500 with a honkin’ big plow up front conveniently positioned at the edge of a parking lot full of snow. “Would you like to give it a try?” we were asked. Why…yes I would!

Although this particular experience pertained only to plowing, I suspect wielding a snowblower would be much the same thrill—albeit a much colder one. There’s just something about man-handling a machine that can hurl more white stuff in an hour than an army of shovelers could do in a day that carries definite Tim “The Tool Man” Taylor pig-grunting appeal. There’s enough coordination involved in driving the truck while operating the plow controls to bring new appreciation for the skill of those who do it well, but getting it down to somewhat of a smooth science brings no small amount of satisfaction.

Of course, the intent of this whole Canadian exhibition was to showcase the capabilities all-wheel drive affords. But it also demonstrated—probably quite intentionally—that the joy of “snow days” is no longer just for kids. 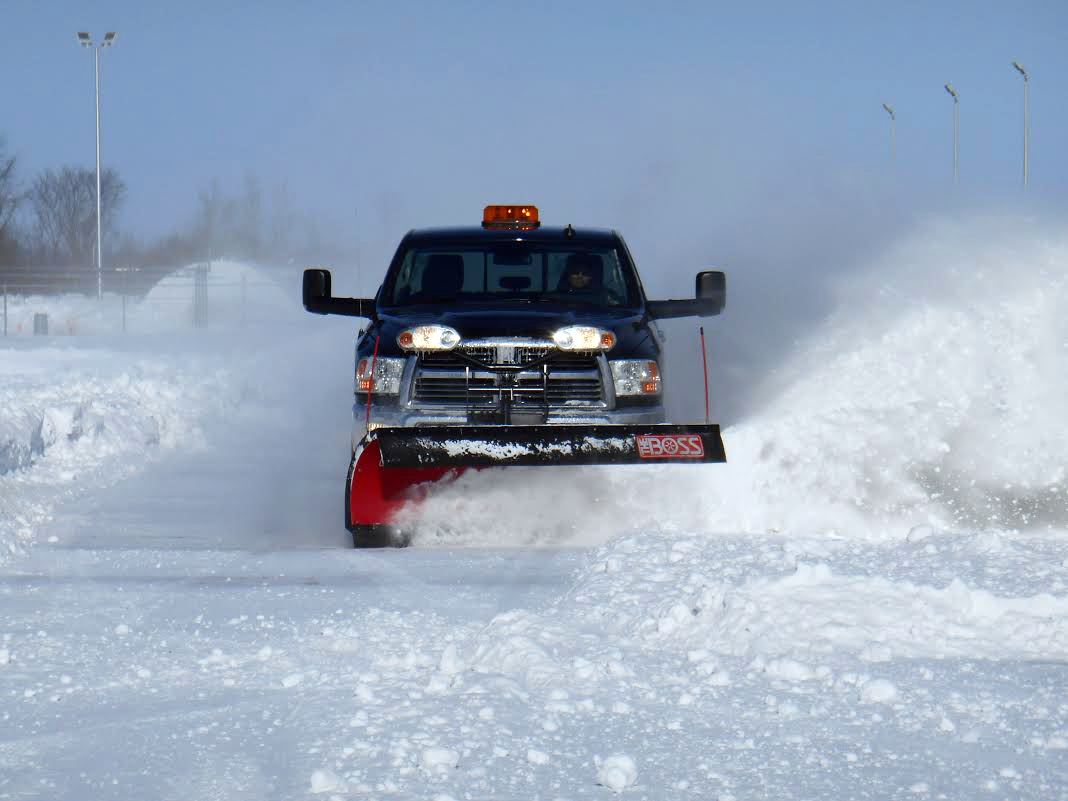 Movin’ snow in Montreal, where Chrysler demonstrated that work and play can be one and the same.