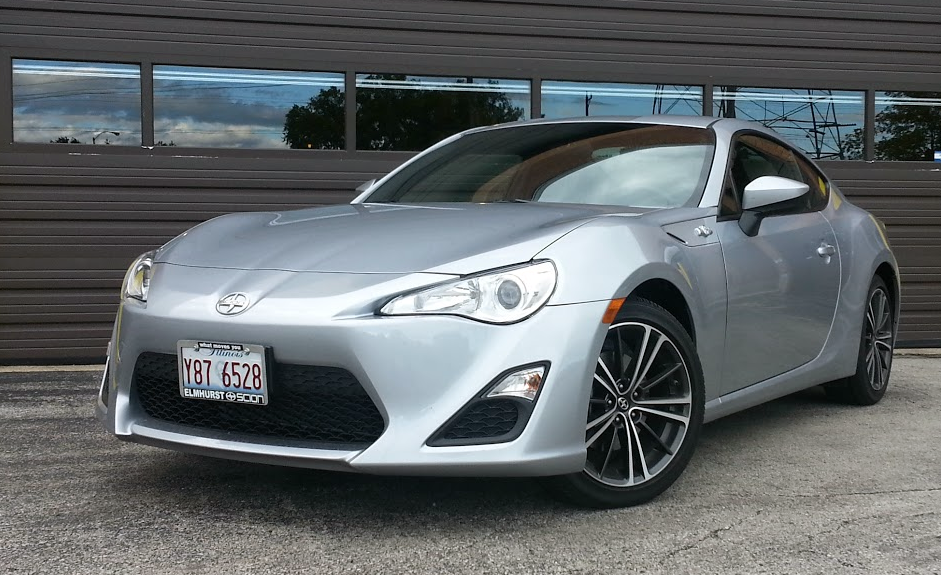 The not so good: Cabin space

Judging by outward appearance and powertrain, it may seem like Scion has been hitting the “repeat” button on the FR-S, its part-Toyota/part-Subaru sport coupe, since its debut as a 2013 model. Incremental change does come to the diminutive rear-drive coupe, however, and 2016 is no exception. To wit:

In most other respects, the ’16 FR-S is pretty close to the ’14 model that Consumer Guide® editors tested. Power still comes from a 2.0-liter Subaru “boxer” 4-cylinder engine that makes 200 horsepower and 151 lb-ft of torque, and is fairly zippy in the 2800-pound car if you give it a moment to wind up (horsepower and torque peaks are at 7000 and 6600 rpm, respectively). A double-wishbone rear suspension and limited-slip differential are standard. Ride is very firm—count on a good jolt if you hit any broken pavement with the stiff underpinnings and short 101.2-inch wheelbase—but the FR-S corners with almost no lean. Ventilated disc brakes were quick and powerful, and stopping came without nosedive.

The dashboard and door panels are, for the most part, still covered in textured hard plastic—though interior trim panels with the look of carbon fiber were added starting with the 2015 models. The few upscale touches in the intimate cockpit include a leather-wrapped tilt-telescoping steering wheel, well-bolstered cloth seats (with red stitching and accent panels for a touch of color) that keep pilot and passenger firmly planted during more aggressive driving, aluminum-faced pedals, and air conditioning. Though the drop into the seats requires some spryness, there’s decent room up front. However, the tiny back seat has subadult leg and head room. Easy-to-read gauges face the driver, with a black-on-white tachometer positioned front and center in the instrument cluster, and 3 dials make the climate system a snap to use. 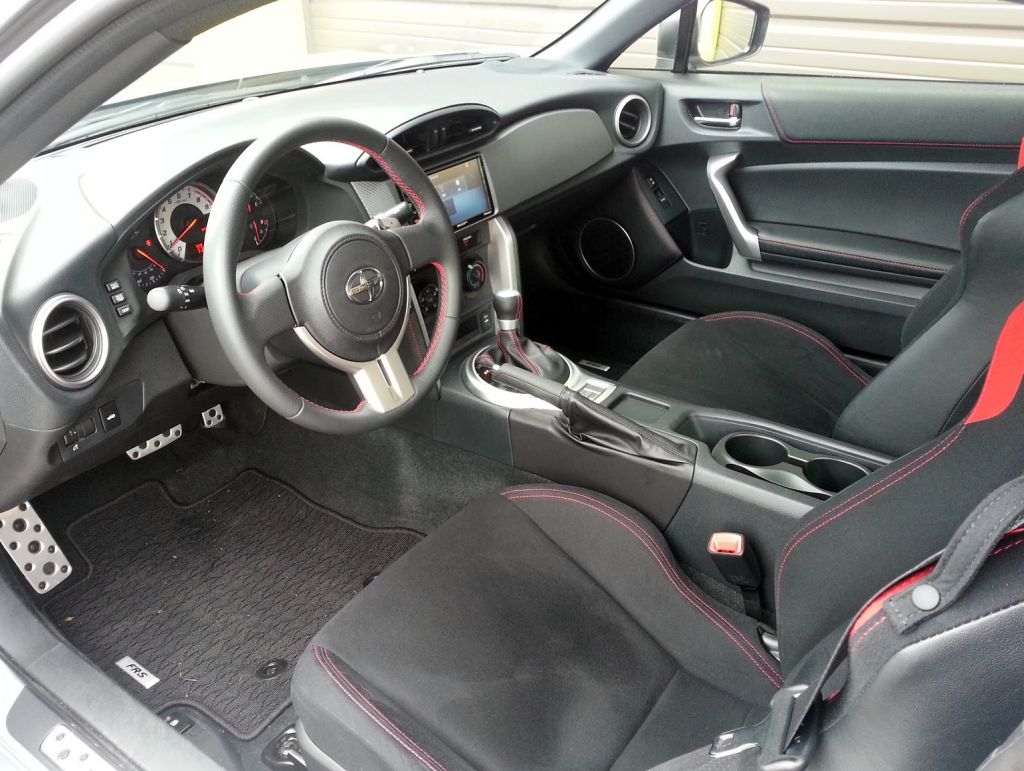 The FR-S cabin will accommodate large occupants in its front row, though the environment is best described as snug.

There’s limited cabin storage space: door pockets just big enough for bottle holders, a small glove box, no console box but an open bin with a dual cup-holder rig that can be adjusted fore and aft within this space, and a slot for a digital device to rest next to auxiliary/USB plug in the dash below the climate controls. There’s not much trunk room under the rear hatch but the undivided rear seat back folds to extend cargo space quite a bit.

Where CG’s 2014 tester was equipped with a 6-speed manual transmission, its 2016 car came with a 6-speed automatic with “Dynamic Rev Management” and steering-wheel-mounted paddle shifters. Console push buttons allow drivers to select “Snow” and “Sport” modes that alter automatic-trans performance. Sport delays upshifts to wring a bit more acceleration from each gear range. The automatic draws higher EPA fuel-mileage estimates than the manual: 25 mpg city/34 highway/28 combined. This driver averaged 25.7 mpg in the automatic-equipped FR-S after a 195-mile trip consisting of 70 percent city-style driving. With the standard exhaust system, this car was quieter than the previous test car, which was fitted with an extra-cost performance exhaust system.

Even though base prices have crept up in the last couple of years, and the automatic comes at an $1100 premium, CG’s 2016 FR-S test car cost a bit less at $27,175 delivered than its ’14 sample car. That’s because the latter was outfitted with a number of “port-installed” goodies. Accessories address comfort, convenience, and performance, and allow buyers some opportunity to personalize their FR-S. If they don’t dip into the pool of extra-cost items, however, they’ve still got a fun-to-drive sport coupe with the added benefit of being affordable.