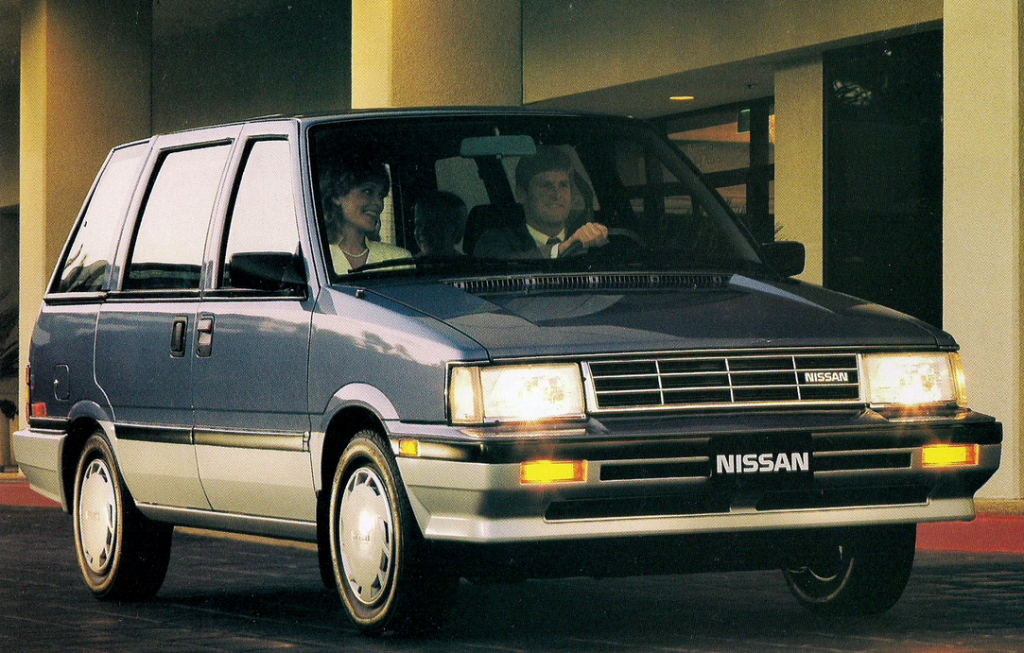 Also suspect is the styling of the three cars presented below. Each vehicle here challenged the design norms of a rather subdued era in interesting and rather refreshing ways.

Though not quite as visually challenging as the vehicles here, we might also have added the Ford Aerostar, Isuzu Impulse, and Saab 9000 to this list of 1986-model automotive nonconformists.

The question to you is: Would you have driven one of these quirky rides? And… are you open to dipping your pizza slices in salad dressing?

With a grilleless visage sporting nearly flush headlamps, and a two-tier rear spoiler, the European-designed Merkur XR4Ti was about as far from conventional looking as a U.S.-market car could get in 1986. Perhaps more subtle, yet still very cool, is this Merkur’s faux-hardtop profile and “double” rear roof pillars.

Sadly, the XR4Ti only survived five model years, the last two of which were diminished by the fitment of a more conventional single-plane rear spoiler. Still, if you’re looking for a head turner from the Eighties, I recommend you put this strange and rather rare coupe on your list. 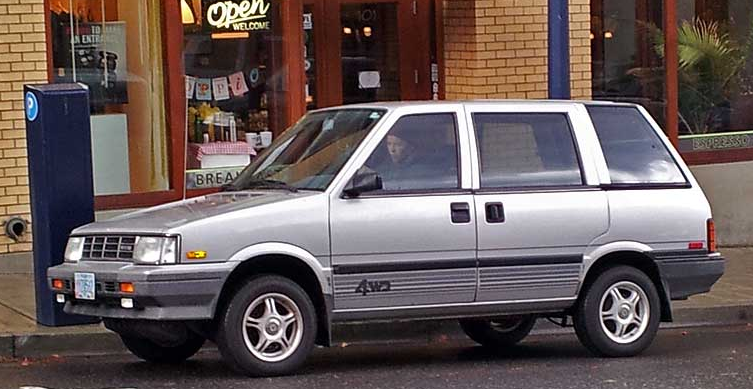 Question: What vehicle started at about $11,000, featured sliding side doors, and looked like a prop from the Bond film “Moonraker?” If you answered Nissan Stanza Wagon, you’d be correct. Based on the Japanese home-market Nissan Prairie, the Stanza Wagon boldly sacrificed style in the name of functionality. That functionality, by the way, included a massive 80 square feet of cargo space.

Cooler still, the Stanza Wagon could be had with AWD for about $1600 extra. Sadly, this funky/chunky Nissan was not long for the U.S. market, with modest sales limiting the car’s visit to the 1982-1988 model years. 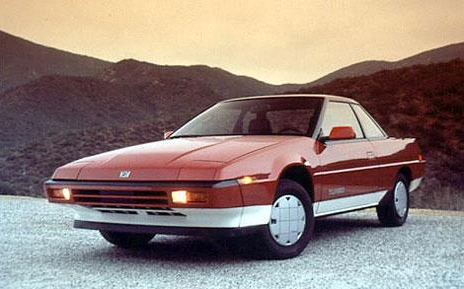 There may be no single vehicle that looks more Eighties than the Subaru XT coupe. A shape defined by straight lines and hard edges, a nominal grille, and graph-style wheel covers all combine to betray this extroverted Subaru as a child of the ALF era.

By far the coolest example of the XT family was the 4WD GL Turbo, which boasted 111 horsepower and some serious foul-weather traction. Note that unlike contemporary Subarus, the XT coupe’s 4WD system was not full time, and could be switched off.