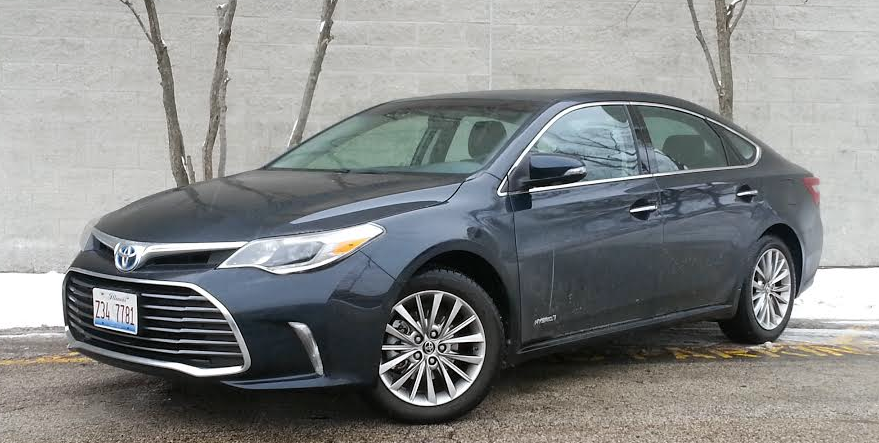 As hybrids go, the tested Avalon Hybrid Limited was almost a bargain compared to its non-hybrid counterpart, which comes with a V6 engine in place of the Hybrid’s four cylinder/electric motor combo. The Hybrid lists for $42,785 including destination, just $1500 more than its less fuel-efficient sibling.

The great: Fuel economy (for such a large car), passenger room

The not so good: No trunk pass-through 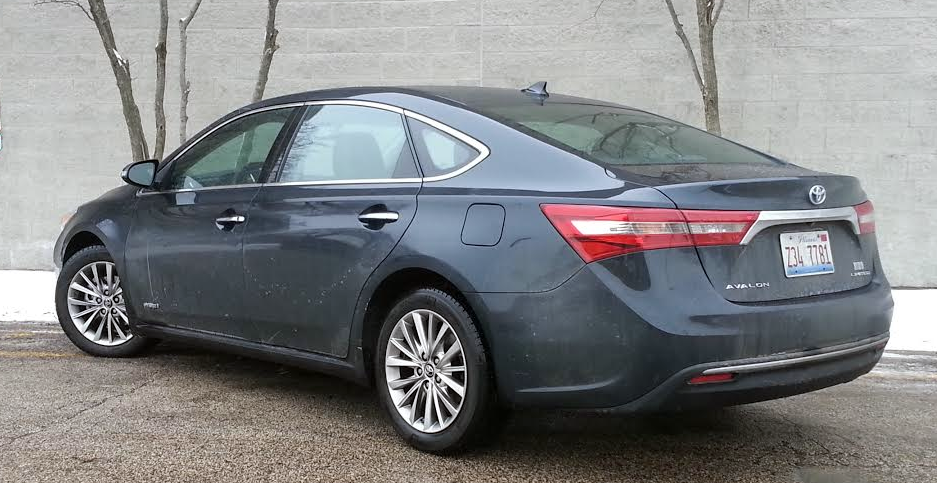 Visibility is quite good all around. Trunk space is adequate for a large car, but the pass-through to the rear seat area is sacrificed to the hybrid battery.

The Limited version of the Toyota Avalon Hybrid delivers goodies with good gas mileage. At $41,950 to start, it’s the top of the Avalon Hybrid triumvirate, all with the same gas/electric powertrain. However, the Limited is stacked with luxuries that place it a cut above the others.

All 2016 Avalons show a freshened face to the world, and the Hybrids have shuffled names a bit since ’15. While the Limited is still top dog, XLE Premium ($38,100) moves up to replace XLE Touring as the new mid-level choice, and XLE Plus ($36,650) is the new name of the base Hybrid.

Check out our test of a non-hybrid Avalon

All in all, the Limited presents a nice environment. The attractively finished seats provide comfortable support. Soft-touch surfaces are well distributed around the cabin. Lots of glass area makes for good driver vision in just about every direction. It’s almost enough to make you forget this is supposed to be a thrifty car—or at least as thrifty as a large car can be. 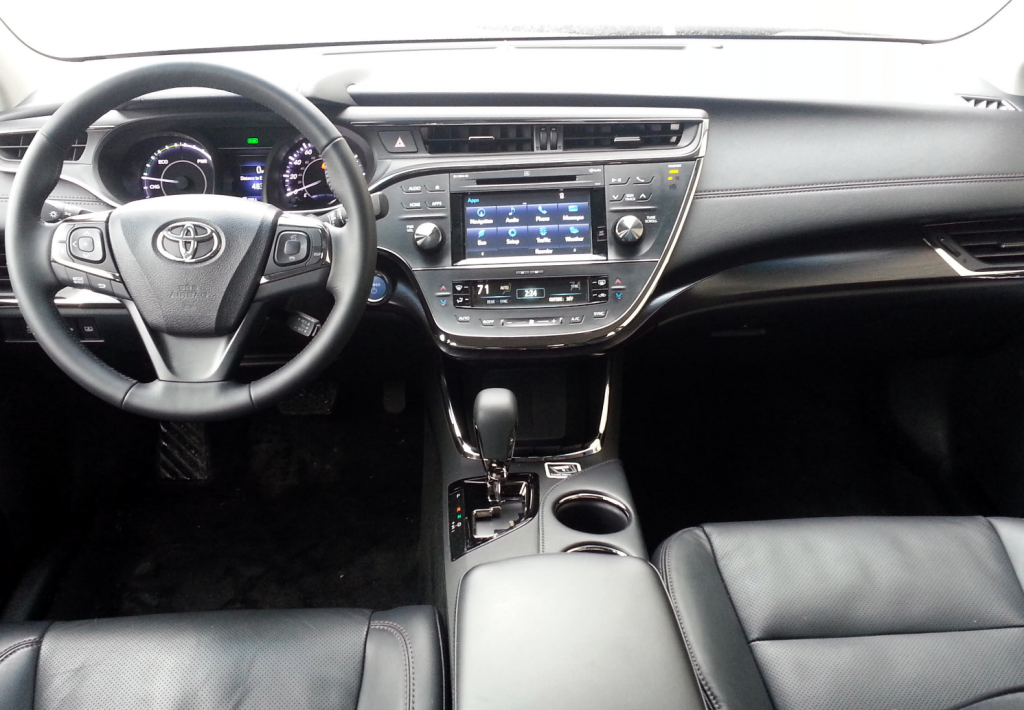 Nice materials help counter what is otherwise a slightly staid-looking interior, and most controls fall readily to hand.

Avalon Hybrids are powered by a 2.5-liter four-cylinder engine, with an assist from an electric motor fed by a nickel-metal-hydride battery, a combination that delivers a peak system output of 200 horsepower channeled through a continuously variable transmission that acts like an automatic. In addition to the conventional drive mode, drivers can opt for “EV” (for extended electric-motor operation), “ECO,” and “Sport” modes. Transitions between gas and electric operation take place quite seamlessly. Acceleration is just OK from a standing start but decent highway cruising speed arrives without much fuss. (Clicking into Sport provides a modicum of extra vigor.) Sticking mostly to the basic mode, this tester averaged 35.0 mpg after driving 159 miles, 60 percent of that in city-type operation. While that’s more than four mpg better than he did with a 2015 Avalon Hybrid, it’s still markedly short of the EPA estimates of 40 mpg in the city and 39 mpg on the highway.

Keeping an eye on it all is Hybrid-specific instrumentation. A power meter in the left instrument dial spins from “charge” through “eco” and up to “power” as power demand changes and brake regeneration takes effect. (A tachometer display can be called up on standard thin-film-transistor information screen between the power meter and speedometer dials.) 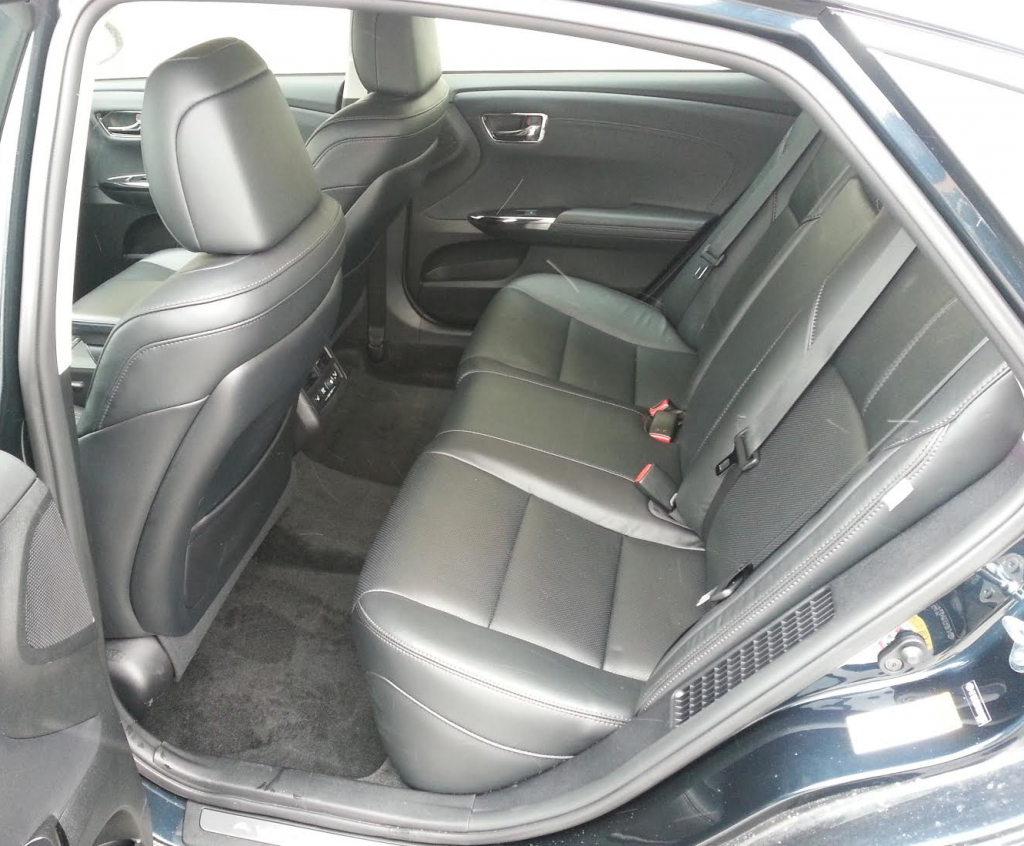 The name of the large-car game is rear-seat space, and the Avalon — hybrid or no — has it in spades. Ingress and egress are aided by wide-opening doors.

As for other controls, the touchscreen audio system is easy to program and use. Below this sit key climate controls that rely on touch points to select things like temperature and fan speed. Seat-heating/cooling controls are small rheostats that pop up from the console and allow widely variable settings. However, both are positioned nearer to the driver, so a front-seat passenger has a far reach to regulate seat temperature. Auxiliary/USB ports and a Qi-compatible wireless smartphone charger reside in a covered bin directly under the center of the dash.

The rear seat provides generous legroom in the outboard positions, with enough space across for three adults—though it helps if the middle rider is the shortest of the trio. Doors open wide for easy ingress/egress. Interior storage consists of a small glove box, ample door pockets, a fairly large covered console cubby with an adjustable tray, and two open cup holders. Rear passengers have access to door pockets, pouches on the back of both front seats, and a pair of cup holders in the pull-down center arm rest.

The trunk is big and shaped for easy loading. The gooseneck hinges are covered to protect cargo. One compromise that comes with being a hybrid is that a little bit of space at the far end of the trunk is surrendered to the electric-drive system, which also closes off the pass-through that is found in the back seats of non-hybrid Avalons.

While our Avalon Hybrid test car fell well short of its EPA fuel-economy estimates, it was still impressively thrifty for such a roomy vehicle, beating the non-hybrid Avalon by nearly 10 mpg in similar driving.