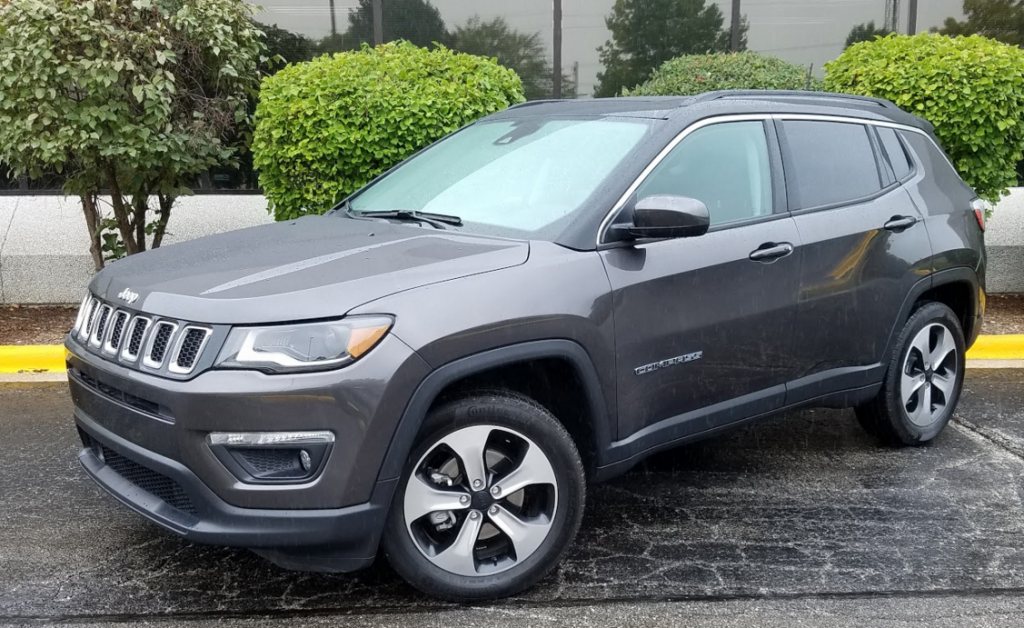 The not so good: Automatic-transmission performance, visibility, climate-control placement

For an entry in a wildly popular class that carries what is undisputedly the most notable brand name in SUVs, the Jeep Compass doesn’t sell all that well. Granted, it has lots of competition — including in its own showroom, where it stands in the shadow of the larger Cherokee and legendary Wrangler — but as perhaps the most direct rival to the top sellers in the class, it mostly excels only when it comes to off-road prowess — at least when properly equipped. 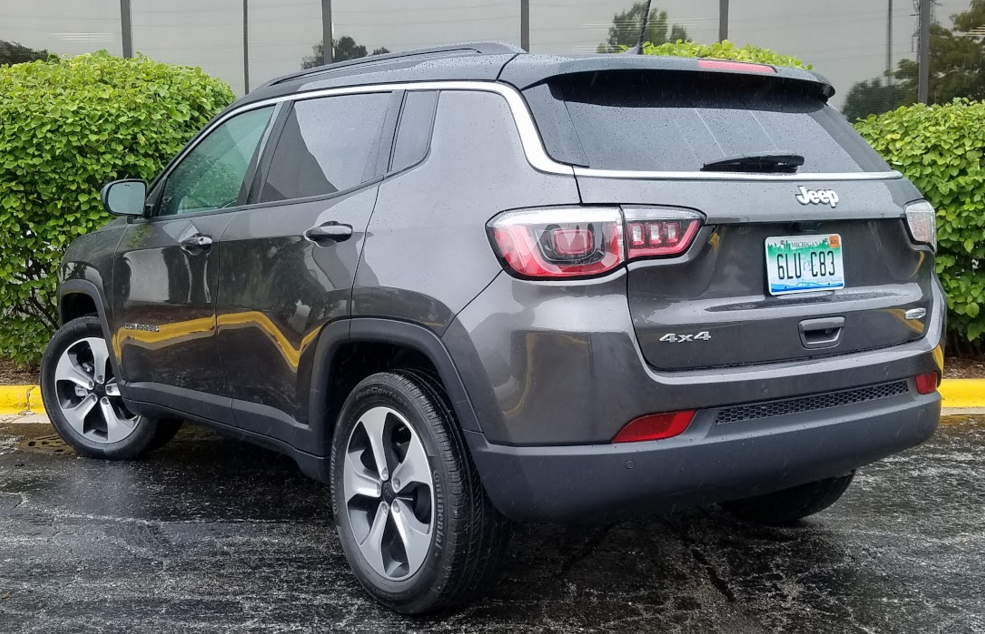 Certainly the “Jeep” name badge carries a huge appeal, but enough to justify our tester’s $36,390 sticker? Read on ….

Speaking of “equipped,” our mid-line Latitude tester seemed to be rather oddly decked out. Starting in 4WD form at a reasonable $25,840 including destination, the options piled up quickly — and to rather pricey heights. It almost seems as though starting with a higher-level Altitude ($28,535) or top-line Limited ($30,640) would have brought more bang for the buck. 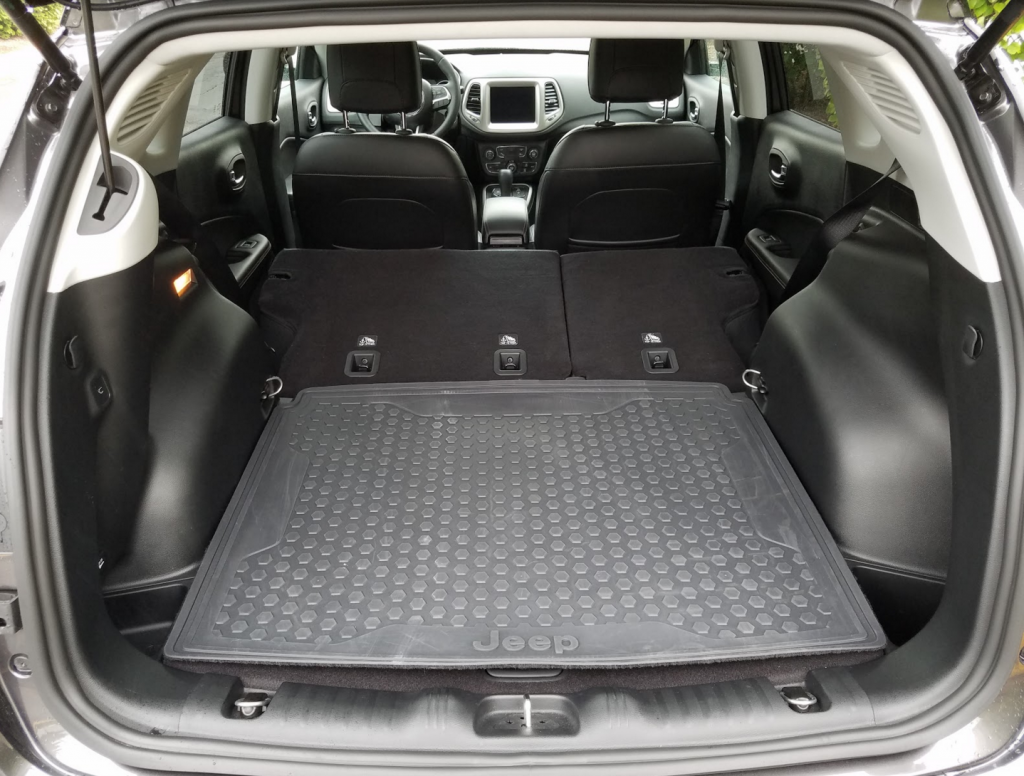 There’s lots of cubic cargo space in back, and we really appreciated the optional (at $595) power liftgate. When folded, the rear seat backs rest about an inch below the level of the cargo floor–odd, but not a hindrance to sliding long items forward.

Although notable as being one of the few entries in the class to be offered with a manual transmission, adding the automatic most rivals list as standard tacked $1500 onto the tab. From there, the list of options grew to include some others that are also standard elsewhere, several that are really nice (and in some cases, unusual for the class), and a few that were not all that essential.

In the “standard elsewhere” category were forward collision warning/mitigation and lane-departure warning/mitigation (part of the $895 Advanced Safety and Lighting Group), Apple CarPlay/Android Auto connectivity (paired with satellite radio, navigation system, and automatic climate control in the $1295 Navigation Group), and a compact spare tire ($245). Really nice were the heated front seats/heated steering wheel/heated wiper de-icers in the $745 Cold Weather Group, the $1495 dual-pane sunroof, blind-spot and rear-cross-traffic alert paired with rear obstacle detection and rain-sensing wipers in the $795 Safety and Security Group, 8-way power driver seat with 4-way power lumbar adjustment/remote start/115-volt AC (household current) power outlet/auto-dimming rearview mirror of the $1195 Popular Equipment Group, and the $595 power liftgate. But the black roof seemed kind of pricey at $795 (hey … they had to paint it anyway) as did the $995 for 18-inch wheels vs. the standard 17s. It all added up to a bottom line of $36,390, a rather princely sum for a compact SUV. 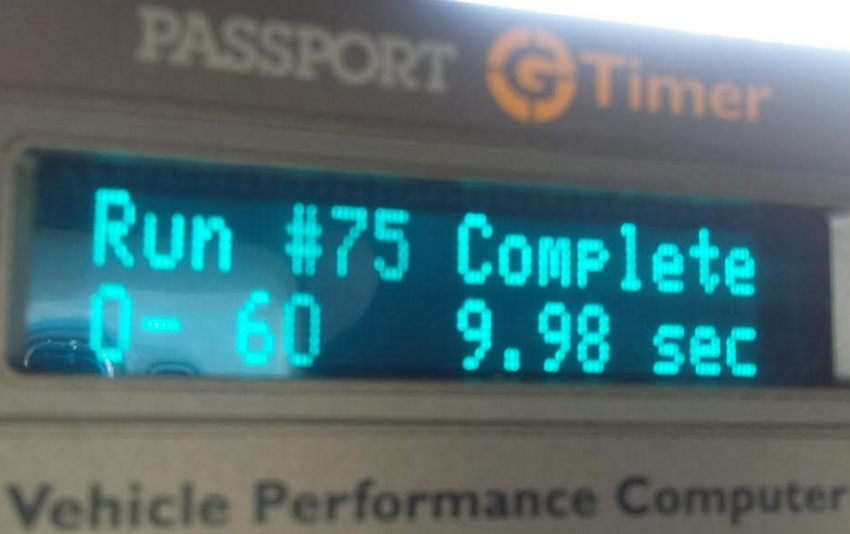 The only engine offered in the Compass is a 180-horsepower 2.4-liter four paired to either the standard 6-speed manual transmission or our tester’s 9-speed automatic. While acceleration is adequate with the automatic — our vehicle averaged just under 10 seconds in the 0-60-mph sprint in test runs that we made using a Escort Passport Vehicle Performance Computer — the transmission is very slow to kick down to a lower gear when the throttle is stabbed at highway speeds, though it’s better at around-town velocities. We averaged 26.4 mpg in mostly highway driving, roughly in line with the EPA estimates. A positive dynamic point was the ride quality, which was quite absorbent on our rough Chicago streets.

We tested a more modestly equipped 2017 Compass Latitude 4×4 last year, so see that review for an in-depth look, or this one of a Compass Trailhawk if you have higher off-road aspirations. But here we’ll add a few additional notes gleaned from this test. 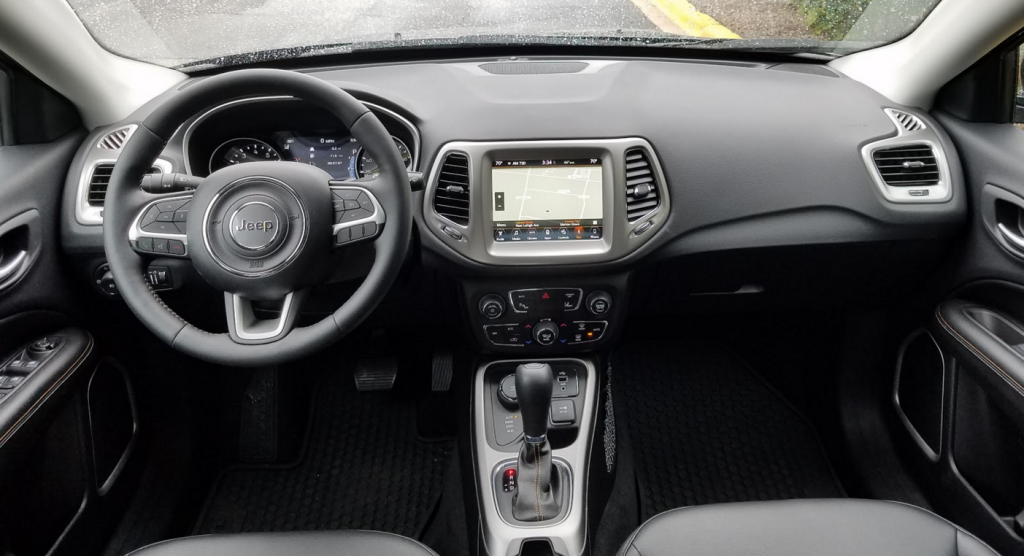 Compass offers a businesslike interior with numerous padded surfaces. Our only complaint is that the low-mounted and recessed climate controls (below the large 8.4-inch touchscreen) can be difficult to decipher and reach. Oh … and that visibility suffers due to thick roof pillars.

Although we’ve always liked the UConnect infotainment system used on most Chrysler/Dodge/Jeep/Ram vehicles (all built under the FCA — Fiat-Chrysler Automobiles — umbrella), and that remains the case here, the climate controls drew a complaint: They’re mounted low and recessed, making them somewhat difficult to reach and decipher, particularly at night.

Visibility is quite restricted in the Compass due to thick roof pillars all around, though the standard rearview camera displays its image on a large, 8.4-inch touchscreen, and our tester was fitted with rear obstacle detection, another helpful feature.

Otherwise, the cabin is a nice place to be, offering a reasonable amount of passenger and storage space. Among the items we especially appreciated were the auto-dimming rearview mirror along with the power-tilt seat cushion and power 4-way lumbar adjustment of the 8-way power driver seat, all coming courtesy of the $1195 Popular Equipment Group. And from a cargo standpoint, offering the handy power liftgate as a separate $595 option is a plus. 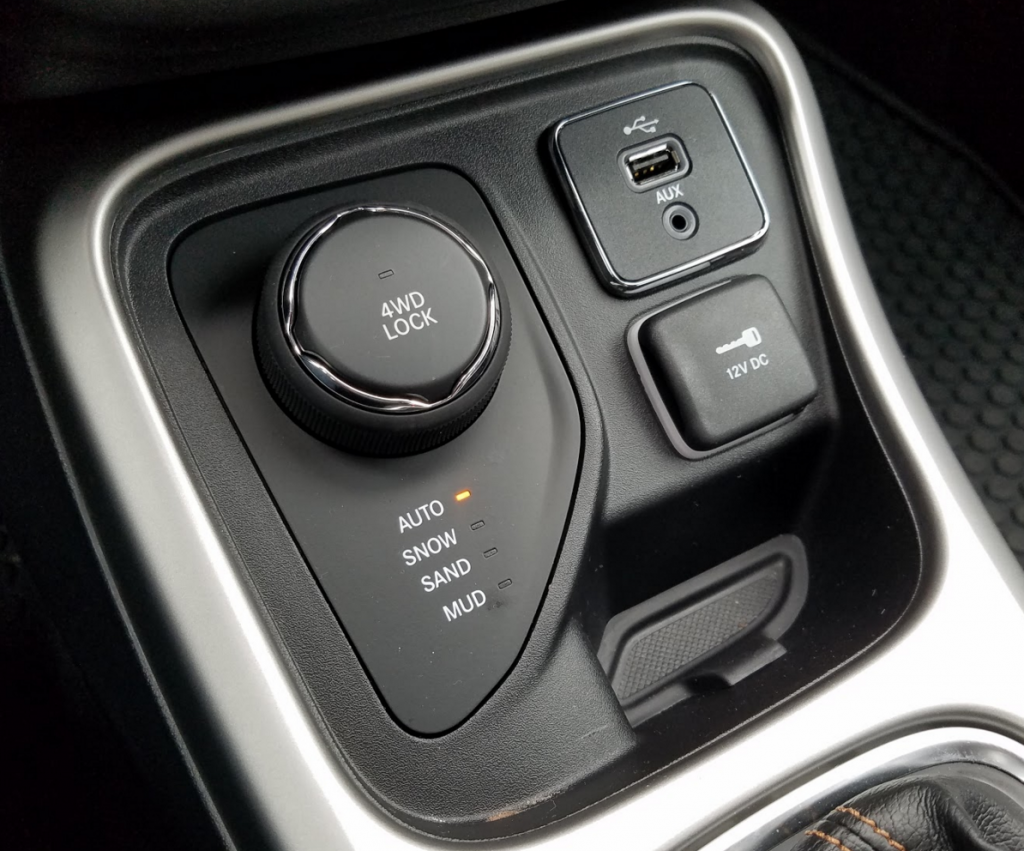 Most rivals have a non-adjustable all-wheel-drive system, but the Compass’s offers not only a Lock setting, but the ability to be tailored for different surfaces. Note the easy access to Aux/USB/12-volt plugs, along with the handy cell-phone holder beneath them.

Although the Latitude isn’t the optimal Compass for off-road work (that role being filled by the Trailhawk), it included a number of features that made it more “snow capable” than most rivals. Notably, the AWD system features not only a Lock button (which locks the front and rear wheels together for better traction when it’s slippery), but different traction-control settings for Snow, Sand, and Mud. Also sure to be appreciated when cold weather hits are the heated front seats, heated steering wheel, and wiper de-icers grouped together in our tester’s $745 Cold Weather Package.

While the Compass has its faults — many of which aren’t shared by most rivals — it also has some real strengths — a few being rare for the class. But certainly among its biggest assets is something only its pricier siblings can offer, and that’s the venerable Jeep name on its badges.

At first blush, the $36,000 sticker seemed … high. But several things that made it so aren’t really needed, and others–many of which are unusual offerings in the class–make the Compass much nicer to live with. Unfortunately, its biggest faults–a recalcitrant automatic transmission and restricted visibility–rank as “hard” and “nearly impossible” to fix, respectively (though the former can be alleviated by choosing the standard 6-speed manual), but the Compass still has a lot going for it.