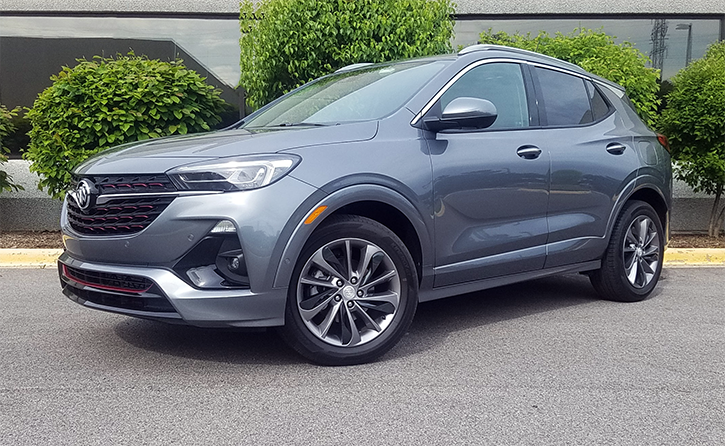 The good: Pleasant ride and handling; good passenger and cargo room for a subcompact SUV

While the automotive world was having its mind blown over Ford’s declaration that it planned to more or less get out of the passenger-car business to concentrate on trucks and SUV/crossover vehicles, Buick essentially did the same thing. It just kept its mouth shut about it. 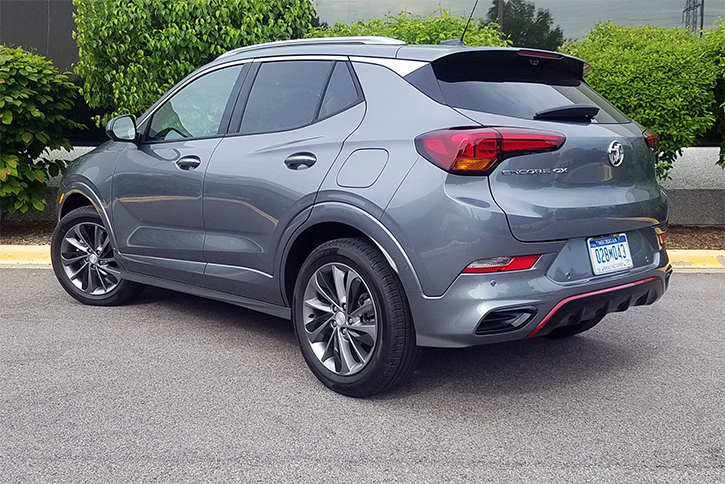 Though it’s being sold this year alongside the “regular” Buick Encore subcompact SUV, which debuted as a 2013 model and has seen a number of updates since then, the new-for-2020 Encore GX is essentially a second-generation Encore.

Now, at the introduction of the newest member of the Buick SUV family, the 2020 Encore GX subcompact, the manufacturer points out that 90 percent of its U.S. sales come from these kinds of vehicles. Put that in your “Ventiport” and smoke it. The GX is 3 inches longer overall than the Encore that entered Buick in the tiny-ute game in 2013 (but still more than a foot shorter than the Envision compact). Wheelbase is 1.6 inches greater, too. However, the GX is on a different platform, one that is shared with the 2021 Chevrolet Trailblazer.

The Encore GX’s cabin ambiance is pleasant enough, but not quite as upscale as you might expect for a brand positioned above mainstream makes like Chevrolet and Nissan. A bin at the leading edge of the center console houses the wireless charging pad (included in the Advanced Technology package), as well as USB and Aux ports.

There are other significant differences. Encore GXs offer the choice of two turbocharged 3-cylinder engines in place of the veteran model’s turbo four. Buick also places a lot of emphasis on the new product’s complement of connectivity features, particularly its new built-in app that permits drivers with Amazon Alexa service to interact with it remotely. That’s in addition to standard Apple CarPlay/Android Auto smartphone connectivity and Bluetooth phone and streaming capability, and the available Marketplace app for making restaurant reservations, buying fuel, etc.

Encore GX comes in ascending Preferred, Select, and Essence trim levels, each with the choice of front- or all-wheel drive. Consumer Guide tested a front-drive Essence that was nicely equipped at $34,115, up from a starting price—with delivery—of $29,495. (At each trim level, AWD adds $2000.) A $650 appearance package, which was on the test vehicle, turns the GX into a Sport Touring. 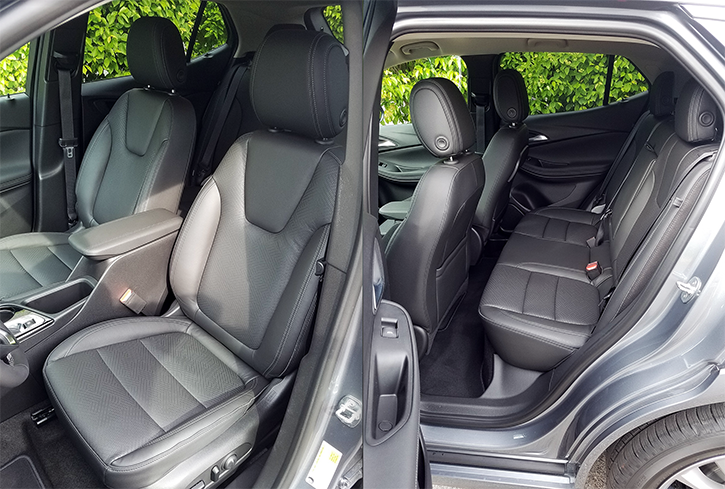 There’s decent space in both the front and rear seats (though the front seats themselves are a little on the narrow side), thanks in part to the Encore GX’s upright body proportions and relatively high seating position.

There’s plenty more that can be added to the Encore GX. Some of the things that found their way into CG’s tester from various packages and stand-alone options were a surround-vision camera, head-up display, navigation, wireless charging, rear-camera mirror, and hands-free liftgate.

The test vehicle ran the “big mill,” a 155-horsepower 1.3-liter turbo three that’s a $395 upgrade from the 137-horse 1.2-liter engine standard in front-drive GXs. (The former is the sole engine with AWD.) The 1.3’s maximum torque output is a slight 8 lb-ft greater at 174, but it arrives much sooner at just 1600 rpm, which makes an Encore GX with this powerplant reasonably lively. (Buick claims it will hit 60 mph in 8.04 seconds, .86 second quicker than one with the 1.2.) The downside to the engine is that it’s not the smoothest thing around; there’s a throbbing sensation to it, especially when operating at lower speeds. A continuously variable transmission is standard on front-drivers, while a 9-speed automatic goes into all-wheel drivers. 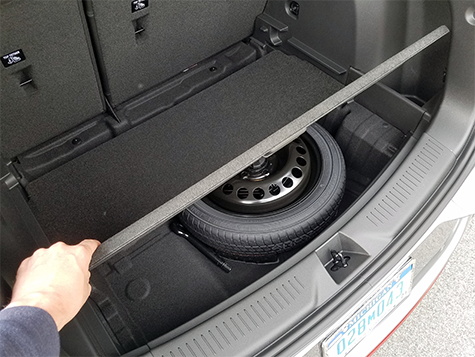 There’s also a bit of “unofficial” small-items space below the rear cargo floor.

Not only is the 1.3 supposedly zippier—it’s thriftier, too. The EPA rates the 1.3/CVT at 30 mpg in the city, 32 on the highway, and 31 combined, anywhere from 2 to 4 mpg better than the 1.2. Our testers managed to beat the EPA’s 32-mpg highway number, averaging 33.2 mpg in a test that consisted of 60 percent highway driving.

Unless you must have a sports-car edge to your driving, there’s really nothing wrong with the Encore GX dynamically. Steering is fairly progressive, and it rides and handles a little better than you might expect.

As for its accommodations, it feels spacious up front, with pretty good headroom in an airy cabin. Driver vision is good save for thickish rear roof pillars that form something of an obstruction. The second row displays decent headroom with legroom that folks up to, say, 6 feet tall will like. Three teenagers might fit across the rear seat—a flat floor in the middle helps—but the maximum adult daily requirement is two. Unfortunately, seat comfort throughout is no better than acceptable.

Our Encore GX was equipped with the 1.3-liter turbocharged 3-cylinder engine, a $395 stand-alone option. It makes 155 horsepower–18 more than the base 1.2-liter turbo 3-cylinder. Eighteen-inch aluminum wheels are included in the Sport Touring Package, which also adds sport front and rear bumpers and body-color rocker moldings.

Cabin ambience isn’t profuse, either. There are lightly padded areas atop the dashboard, on the front door tops, all door panels, and on the passenger side of the console (where a knee might make contact). A little bright trim barely relieved the overwhelming blackness of the test vehicle’s cabin. A plus is controls that are easy to work. The audio system is programmed directly, with no gimmicks. Climate control benefits from three dials that allow users to make the settings they want right away.

For personal-item storage there is an ample glove box, a narrow but deep covered console bin that is deep beneath a tray for incidentals, pouches on the backs of the front seats, and pockets in all four doors (but smaller in the rear doors). Exposed cup holders are in the console and the retractable rear armrest.

Rear cargo space doesn’t look big behind the second-row seats, but there are 23.5 cubic feet there. Good space exists under the floor around the spare tire. The surface is flocked, not painted metal, so it might be a little gentler on objects stashed there. Rear 60/40-split seats fold flat, albeit with a gap between them and the cargo floor. The front passenger seat also folds flat to accommodate extra-long objects.

How soon will it be before Buick is 100 percent SUV? Consider this: At its 2020 Chicago Auto Show display, no “10-percenters” were on the floor.

Subtle red accents on the front and rear fasciae come courtesy of the Sport Touring Package.