I write a lot about the effects of the great American automotive downsizing that began in the late ’70s. Most of the cars shrunken at the time suffered from looking ill-proportioned or just from having changed too much too suddenly. Sure, this wasn’t always the case. Most folks paying attention at the time found the 1977 redesign of the Chevrolet Impala and Caprice to be an unmitigated success. Still, I would argue that, at best, most of the cars of the period could be described as inoffensive.

It was during this period, in the weak-kneed aftermath of the muscle era, that makers began focusing on bling and faux luxury, as there was no horsepower story to sell. As it turned out, combining downsized cars with baroque levels of bright trim and vinyl roofing proved unfortunate—at least to these eyes.

Unlike the previous ugly-car lists I’ve penned, here I am focusing on very specific versions of certain cars. Seems makers picked a few special trim levels on which to truly pile on the kludge. No doubt you have your own list of ugly rides from this era. Please feel free to let us know what they are.

1975 Ford Mustang Ghia
The Mustang II answers the question “What would happen if a Granada and a Pinto mated?” The Ghia further asks, “And what if we tarted the kid up, some?” About a decade after the first Mustang created such a stir, this plump, cramped, overdressed, and underpowered imposter hit the scene. As makers did with so many models, Ford here attempted to replace power with plush, and the result looks a little like a chubby teen playing with makeup for the first time. In truth, the Mustang has seen more bad years than good, but the good years were (and are) very good. This example is among the worst.

1978 Dodge Omni “Woodie”
Is this the most egregious use of fake wood trim ever? I’m going with yes, as I do not recall the Hyundai Excel sporting similar shelf-paper siding. And what’s with the over-reaching chrome B-pillar? Why Chrysler partook in this ill-conceived attempt to diminish the public’s collective memory of classic woodies I cannot say. Chrysler seemed to like the “wood,” as the company was slapping (or would be slapping) the stuff on a bunch of vehicles, including K-cars, minivans, and a few unfortunate Dodge Diplomat wagons. Note: I am completely cool with the way Omnis and clone Plymouth Horizons looked when not being peddled as somehow upscale. 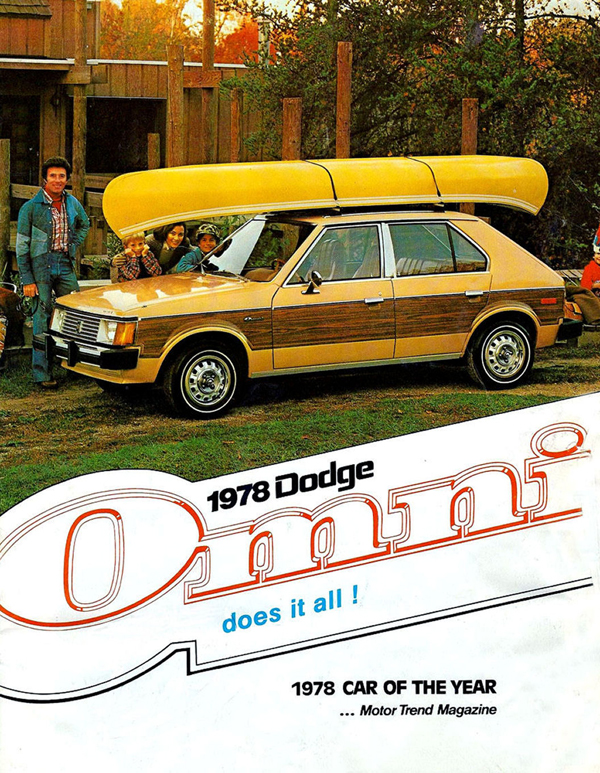 1979 Oldsmobile Cutlass 442
“Aeroback” is a pretty benign term for a body style this unsettling, but I suppose strychnine doesn’t sound nearly as nasty as it really is, either. Where to begin? I will pass on the obvious argument that the car was in no way fit to wear the 442 moniker and focus only on the fact that it is really ugly. Somehow, the sporting up of this Buick and Oldsmobile-only body style elevates the ugly factor exponentially. Oddly, Olds chose to make the 442 package available only on the Aeroback, leaving the vaguely handsome and entirely inoffensive Cutlass sedan without a performance package of its own.

1980 Mercury Cougar XR-7
The shrink ray did about half its job here, shrinking the car itself but leaving most of the trim bits and design elements full size. The front of this mass-diminished cat is nothing but grille bars and headlamps, while the profile is consumed almost entirely by C-pillar and wheel lip arches. This same confused sense of proportion can be seen today on the Dodge Avenger, a car that was meant to look like a three-quarter-scale Dodge Charger but instead came off as more of a Dodge-scented bumper car. I was tempted to go with the similar Ford Thunderbird as an ugly choice, but I find the contention that there’s anything feline about this awkwardly proportioned Mercury pretty amusing. 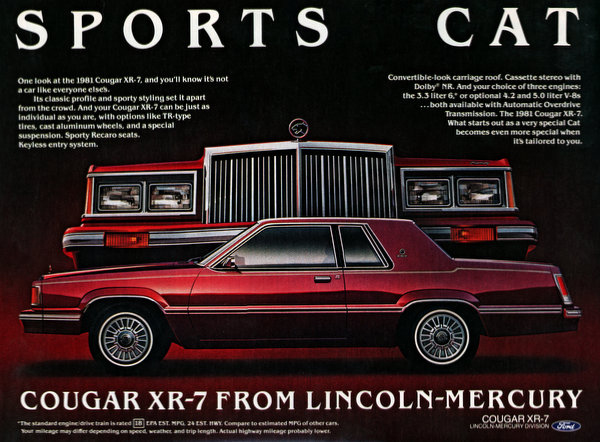 1980 AMC Concord Sundancer
For roughly the same reason my daughter is drawn to ugly cats, and that I once spoke favorably of Sandra Bernhard, I want one of these. Sure, it’s inarguably horribly disfigured, but it’s cool in ways that are hard to explain. Adding to the utter lack of sleekness here is the likely desperately necessary basket-handle roof support. Though I’ve never driven one (nor actually seen one up close), I imagine that, brace or not, this thing quivered like Jell-O in a microwave oven once underway. The Griffith Company of Fort Lauderdale, Florida, handled the conversion from coupe to convertible, chopping both Concords and Eagles for AMC. An accurate count of all AMCs clipped by Griffith is elusive, but most estimates put the number at around 200. 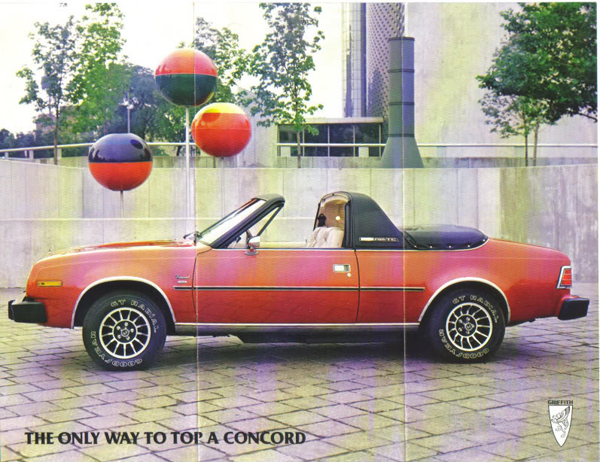