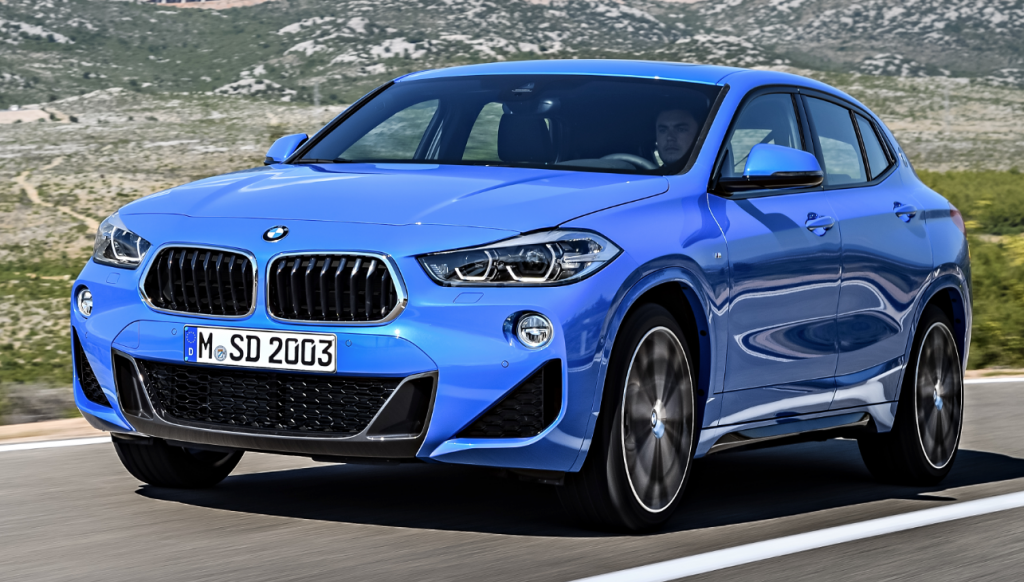 DETROIT—BMW officially introduced the latest in its seemingly ever-proliferating line of crossover SUV models at the 2018 North American International Auto Show in Detroit. The 2018 BMW X2 is a compact crossover that shares its basic platform with the BMW X1, but it offers sleeker bodywork and low-slung proportions that focus more on style than utility.

Essentially, the X2 is to the X1 as the fastback-roof X4 and X6 are to their respective X3 and X5 counterparts in BMW’s crossover lineup—it’s a flashier, more rakishly styled version of its “regular” stablemate. However, the X2 eschews a sloped rear roofline in favor of a body that is 3.2 inches shorter and 2.8 inches lower than its X1 sibling. Like the X4 and X6, the X2 sacrifices interior room as a result of its sleek styling—it offers 50.1 cubic feet of maximum cargo volume compared to X1’s 58.7. 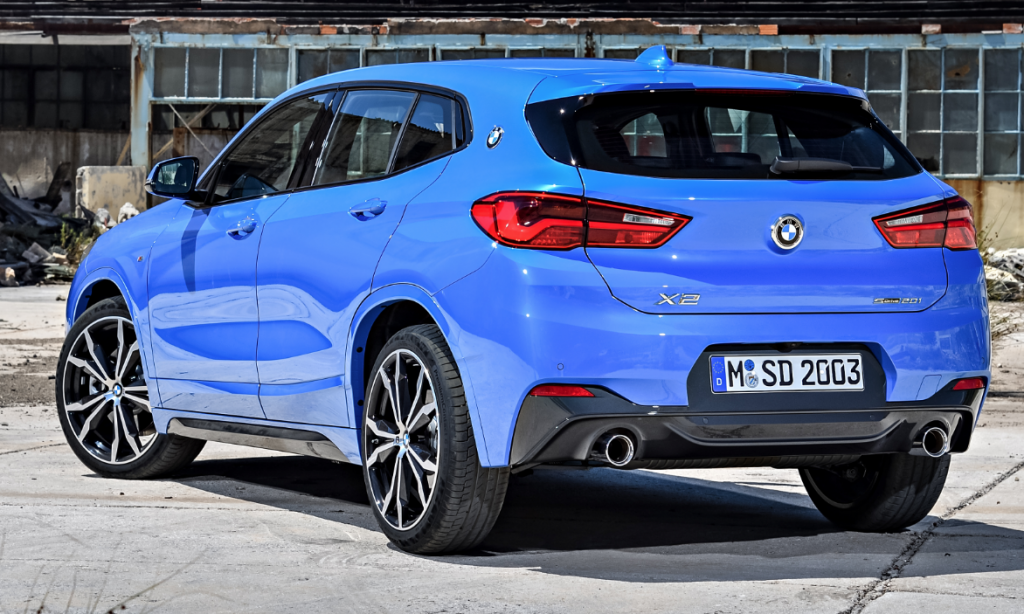 The X2 shares its turbocharged 2.0-liter 4-cylinder engine with the X1. The powerplant makes 228 horsepower and 258 pound-feet of torque and is paired to an 8-speed automatic transmission—a manual gearbox is not available. At this point at least, all-wheel drive is mandatory (BMW may offer a front-wheel-drive X2 in the future).

Standard features include LED headlights and taillights, ambient interior lighting with a choice of six selectable colors, hill descent control, and “Black Panel” dashboard controls with markings that disappear when the vehicle is turned off.

A uniquely trimmed M Sport X model is outfitted with a quicker-shifting Sport Automatic Transmission, as well as racier bodywork inspired by rally cars. The M Sport X can be equipped with performance-focused options such as M Sport suspension, M rear spoiler, and 20-inch wheels in place of the standard 19s (other X2s come standard with 18-inch wheels and offer 19s as an option).

Given the way that the German automakers have been feverishly cooking up crossover-SUV variants in a multitude of different flavors and spice levels lately, the X2 was inevitable. Pricing for the X2 hasn’t been released yet, but we’re certain BMW will follow the same “slap on sexier, less-practical bodywork/charge a huge price premium” formula that it did with the X6 and X4. At least the X2’s sleek bodywork feels more honestly different—and to our eyes, more genuinely attractive—than the incongruous rooflines of the X4 and X6.