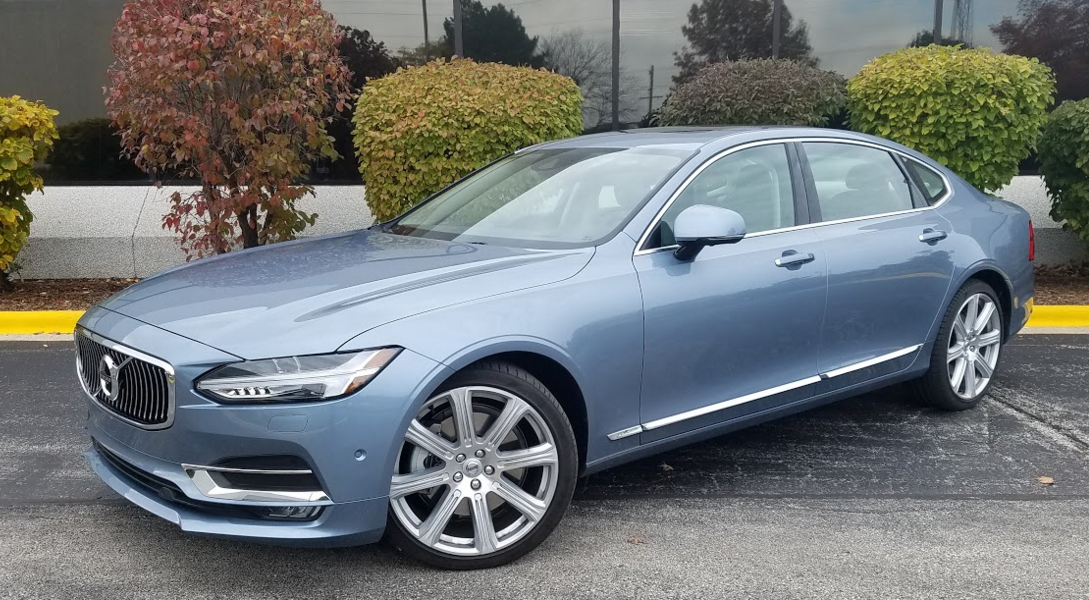 The not so good: Confusing touchscreen control interface, expensive options

After introducing the S90 last year to replace the company’s long-in-the-tooth S80 sedan, Volvo takes the unusual step of stretching its wheelbase by 4.5 inches for 2018, essentially making the 2017 version a one-year wonder. As all that added length goes to rear-seat legroom, the 2018 ends up with 40.4 inches of it, huge for a midsize sedan. And it feels as roomy as it sounds. 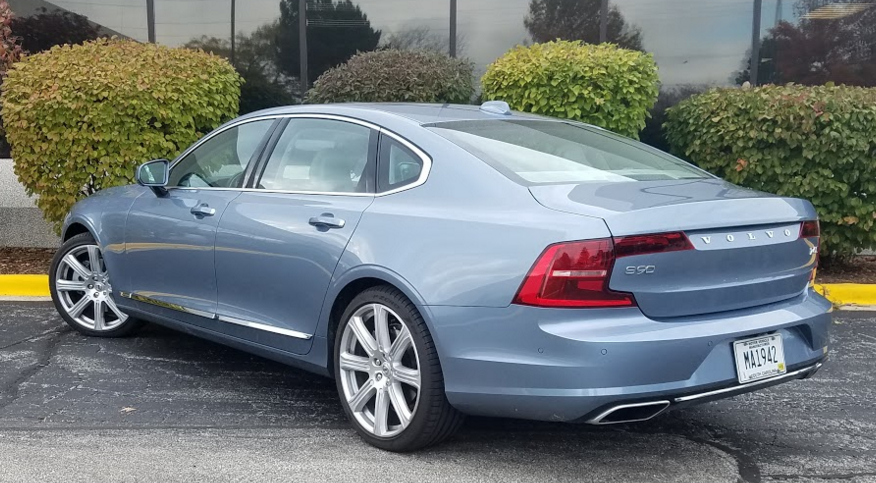 Volvo took the unusual step of stretching the S90 in only its sophomore season, adding 4.5 inches to its wheelbase and rear-seat legroom. Our tester was fitted with optional 20-inch wheels (in place of 19s) shod with performance summer tires, which may have contributed to a slight nervousness over bumps that the suspension otherwise nicely absorbed.

In other areas, the 2018 tested is very similar to the 2017 Volvo S90 T6 AWD Inscription we reported on last year, though added for all 2018 S90s are standard panoramic sunroof and Volvo On Call telematics (with remote start, remote lock/unlock, car finder, and emergency notification), and the base T5 model — formerly offered only in front-drive form — adds an available AWD version. That’s mildly noteworthy, as it lowers the all-wheel-drive price of entry by nearly $4000 to about $51,300. The T5 uses a 250-horsepower turbocharged version of Volvo’s “corporate” 2.0-liter 4-cylinder engine, whereas the T6 gets a turbocharged and supercharged version making 316 horsepower. Topping the lineup is the T8 plug-in hybrid, which uses the T6’s engine along with an electric motor to produce 400 horsepower.

As with the 2017 version, the S90 impresses right off the bat with a lavishly trimmed interior that offers a good amount of room and plenty of comfort. Somewhat odd, however, are the lack of power assist for the tilt/telescopic steering wheel (which means that can’t be programmed in as part of the driver-seat memory), and that the sun visors — when rotated to the sides — don’t extend and thus leave the rear three inches of the windows uncovered. Other oddities include the fact that you pull up the trip odometer reading on the dash screen, but zero it by pressing a very-well-hidden button on the end of the turn-signal stalk (guess how long it took us to find that), the releases for both rear seat backs are mounted on the driver side, and the release for the ski pass-through is located on its back, which means that if you’re inside the car, you have to lower one of the rear seat backs to access it.

A stately interior hosts beautiful wood trim, but also a complicated infotainment interface in the form of a large dashboard screen that functions much like a smartphone’s. Techy, to be sure, but not altogether intuitive — or easy to use.

And then there’s the infotainment interface. Although the huge, vertically oriented 9-inch center dash screen certainly looks techy and avant-garde — with a console-mounted volume knob being about the only traditional manual control — it doesn’t work that well in practice. The theory is that its multiple screens (which are accessed by swiping right or left) and pulldowns mimic the function of a cell phone, but the bottom line is that it too often takes multiple steps to perform what should be simple procedures or to access something you really want right away. We go into greater detail in our 2017 First Spin report, but suffice it to say that its intricacies are something you would be well-advised to practice with while the car is stationary — and before you need them.

Rear-seat passengers not only get plenty of legroom, but some nice amenities, including (at least on our top-line Inscription) their own climate controls.

All that may sound like nit-picking, and perhaps it is; we realize that many of these things you’ll get used to over time. But we’ve had quite a bit of experience with this system over the past year or so (it’s now used in virtually all of Volvo’s vehicles), and it’s likely the reason the S90 isn’t one of our Premium Midsize Car Best Buys.

That’s really a shame, because the S90 is otherwise so good — and at least without some of its pricey options, a good value. With this year’s wheelbase stretch, it rivals some full-size premium sedans for rear legroom, and its interior furnishings wouldn’t embarrass a $90,000 sticker. Neither would its road manners or available safety features, making it a sound choice for those who might yearn for a more expensive car, but not its more expensive payments. And we think the S90 even looks the part.

Despite a 4.5-inch wheelbase stretch, the 2018 Volvo S90 still offers great proportions, particularly for a car built on a front-drive chassis. Clean, classic lines are another element of its visual appeal.

Think you might like a wagon? Check out the S90’s high-riding, square-back sibling, the V90 Cross Country