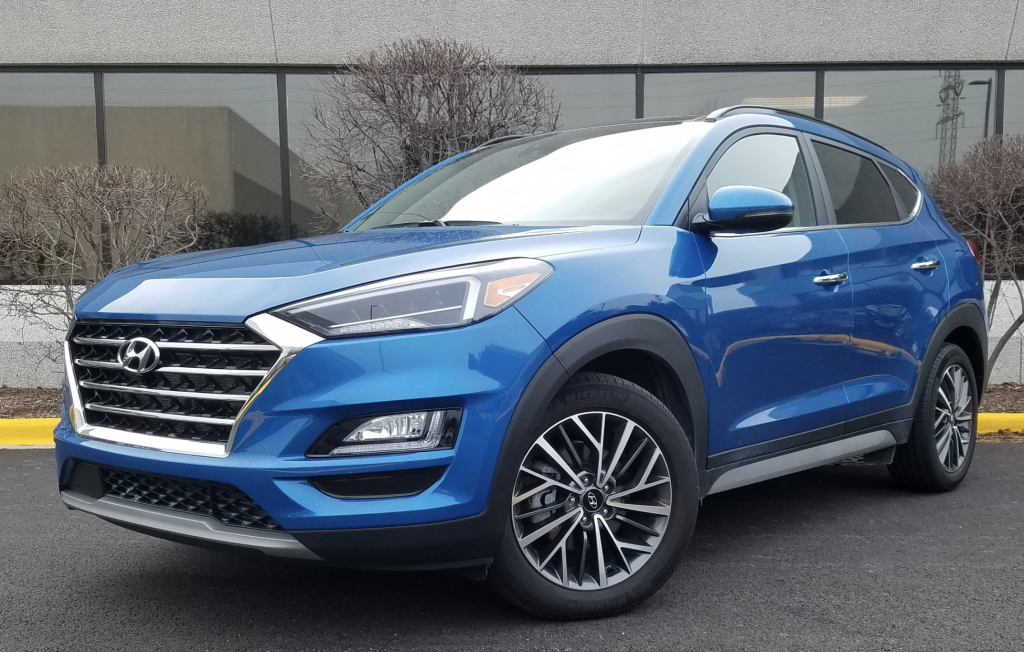 The great: Warranty, passenger and cargo room for the size

The not so good: Fuel economy could be better

Hyundai’s Tucson is a mainstream player in the compact-crossover game, earning points after its 2005 introduction with Hyundai’s then-industry-leading warranty. Last redesigned for 2016, it gets a freshening for 2019 that includes a new available powertrain and several new features. 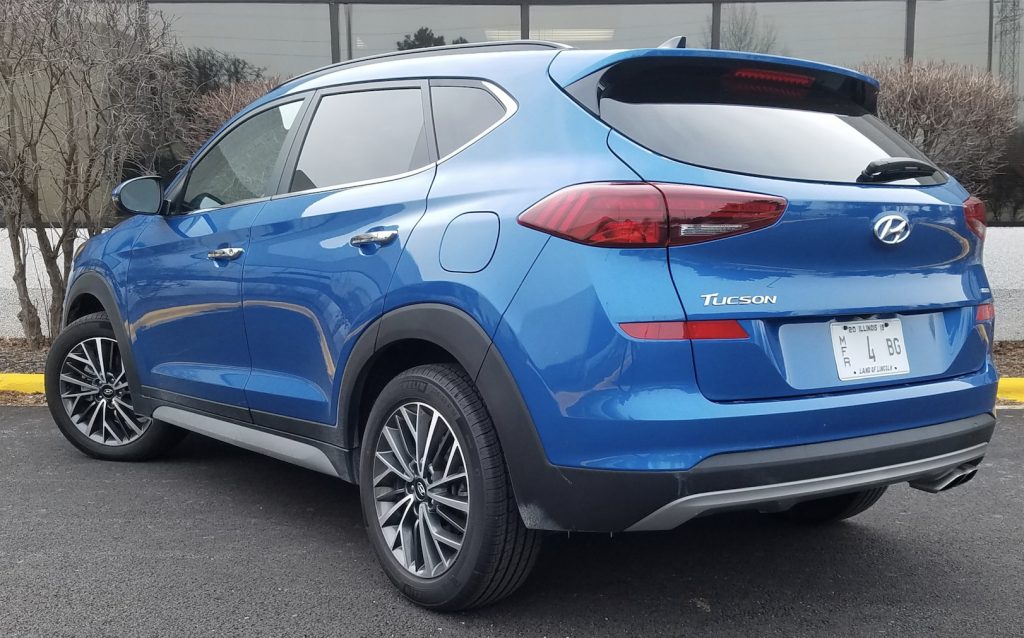 If you look at the Tucson’s contemporary competitors, many have switched to CVT automatic transmissions in an effort to improve fuel economy, and a couple use small turbocharged engines to do the same. But not everyone likes the driving characteristics of either — CVTs are sometimes criticized for their “rubber band” power delivery, turbos for their delay of same.

The Tucson’s 2019 refresh resists the former entirely, and replaces the previous 175-horsepower 1.6-liter turbo engine found in previous higher-line Tucson models with a conventional 181-horsepower 2.4-liter four (a 164-horsepower 2.0-liter four carries over on low-line models). While that may seem like a step backward, it ends up replacing one of our chief complaints with somewhat of a strength; the turbo was tied to a 7-speed dual-clutch automatic, and the marriage didn’t work all that well. By contrast, the 2.4 is mated to a conventional 6-speed automatic, making for a union that gets along much better. And that was the powertrain fitted to our top-line Ultimate tester.

One other “old tech” element we’ve come to admire about the Tucson in its simple control layout. As some competitors have made theirs more complicated, the Tucson can still count this in its plus column, even if it isn’t quite the “plus” it used to be.

The monotone interior of our tester looked a bit bland, but there were plenty of padded surfaces. Audio and climate controls are fairly easy to use and reach, though those for the climate system are mounted a bit low. Beneath them, however, is a row of buttons for the heated/ventilated seats and steering wheel nicely grouped together for ease of use.

Audio controls remain fine: volume and tuning knobs paired with eight physical buttons, all mounted high, within easy reach. But climate controls have gone from rotary knobs and individual mode buttons – a very convenient layout – to using “repetitive-step” pushbuttons that require multiple presses to ratchet through fan speed and mode settings – a less-convenient layout. Countering that is a handy row of buttons underneath for seat heat/ventilation and the heated steering wheel, elements that are often strewn around where they’re harder to access. However, while all these are within easy reach, they’re mounted low on the dashboard, requiring a longer look from the road to adjust. Ah, but such is “progress.”

Cabin storage space is good but not great. The glovebox is unusually small, and while there’s a decent-sized console box, it contains no USB or power plugs. However, the console includes two cupholders and a small bin, along with a large bin in front under Aux/USB/dual 12-volt plugs that includes a Qi wireless charging pad.

Visibility is fairly good to the front corners and good to the sides, but the rear-corner view is restricted by very wide roof pillars. Thankfully, a rearview camera is standard, and our tester was fitted with a 360-degree system that helps when parking. It also included a rather neat feature I hadn’t seen before. If you put the vehicle in reverse, the rear and 360-degree camera views are displayed on the screen – which is the norm. But when you then put it in drive, the front and right-side views automatically pop up, which is very helpful if you’re trying to parallel park, as it can aid in preventing curb rash on your wheels.

You’re not seeing double. Those who score highly on the “can you find the differences?” tests may notice that the floor at left rests level with the folded rear seat backs, but it’s lowered at right to increase cargo height a little.

One of the most appreciated features of crossovers is their cargo space and flexibility. Tucson has some pluses and minus here. On the plus side, the cargo floor can be set at two levels: the lower one allows for a bit more cargo height, whereas the upper one puts the floor level with the folded rear seat backs. However, those seat backs fold via a cumbersome release mounted near their base, and while there’s some under-floor storage space in back, most is “unofficial,” being in the center of the spare tire.

In most other ways, the Tucson stays the compact-crossover course. There’s good rather than great headroom and legroom in front, though the driver seat can be set higher than most – a boon to shorter drivers. In back, headroom is sufficient for 6-footers; my 5’9 frame fit behind a fully-rearward seat ahead, and a low floor hump provides decent foot space for anyone stuck in the center seat. Cabin storage is likewise good rather than great, highlighted by a large forward console bin under Aux/USB/dual 12-volt plugs — and, in our line-topping Ultimate, a Qi wireless phone-charging pad. Most “touch-point” interior surfaces – including the door tops — are padded, with the rest being nicely if not impressively trimmed.

Second from right is the handy 4WD Lock button (found to the left of the steering wheel) that can increase traction on slippery surfaces.

As mentioned up top, this new powertrain ranks as an improvement. Although power is only adequate, the transmission behaves as “normal,” and kicks down quickly when the throttle is stabbed at speed. There’s also a 4WD Lock button that prompts the front and rear axles to turn in unison, an aid to slippery-surface traction. The ride is also fairly compliant, though about par for the class.

What’s perhaps a little below par is the fuel economy. Remember that CVT transmission that’s been avoided? Well, it’s used by others – as mentioned – for increased fuel economy, and while the Tucson’s automatic perhaps behaves better (or at least, more like what people expect), it probably contributes to the lackluster 21.4 mpg we averaged in mostly highway driving — which is well below the EPA estimate.

While Hyundai’s warranty remains a Tucson strength, there’s more here to admire as well. Others might be better in some regards, but the Tucson stands as a great “mainstream” choice in a class that’s becoming ever more competitive.

While Hyundais at one time sold largely on the strength of their warranty, the newest Tucson offers a whole lot more to attract buyers. While our loaded Ultimate tipped the price scales at a hefty $34,130, base models start at a little over $24,000 with front-wheel drive, less than $26,000 with all-wheel drive.