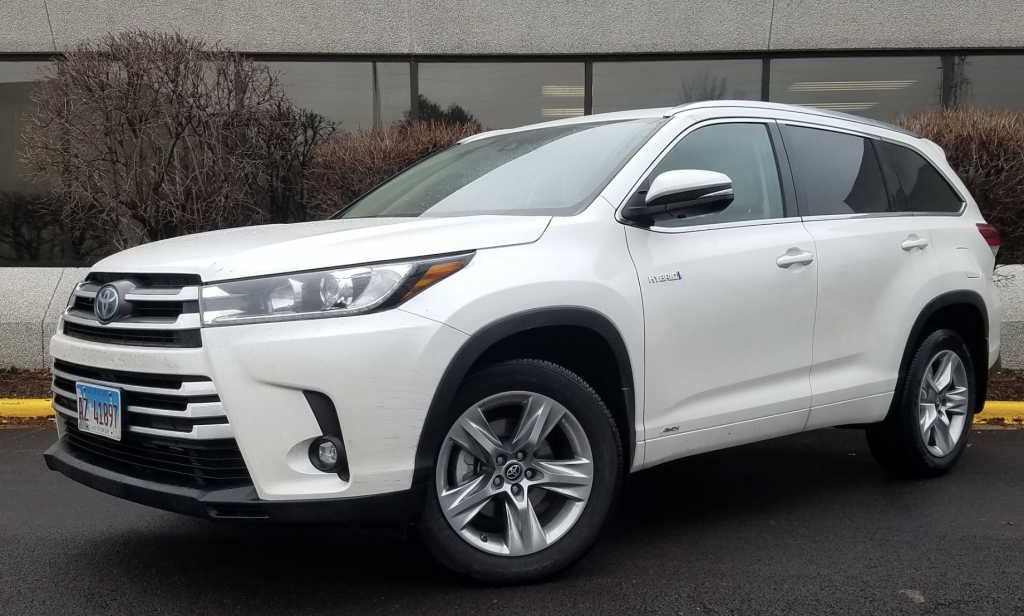 The not so good: Long reach to some audio controls

In a class that contains 19 strong contenders, Toyota’s 3-row Highlander has long been a member of our Midsize Crossover Best Buy club. While it’s not been the only member, its inclusion in that group speaks volumes about its capabilities. 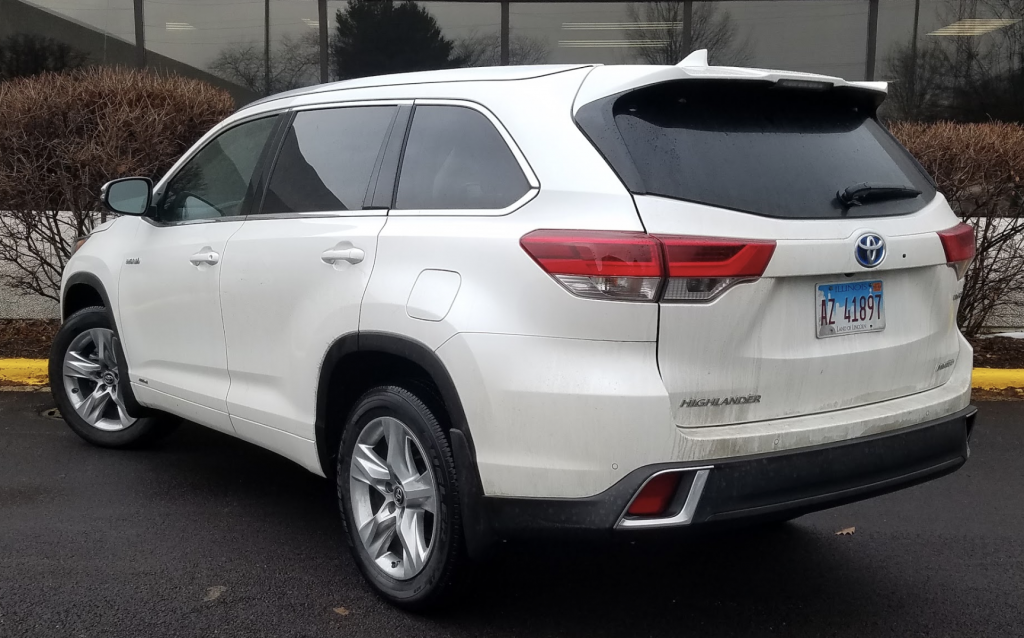 The three-row Highlander is one of the few entries in the Midsize Crossover class that can seat up to eight passengers, but our test vehicle had second-row buckets that cut capacity to seven.

Almost surprisingly, the Highlander is the only vehicle in the class to offer a hybrid version, at least as of right now. (The 2020 Ford Explorer, which is slated to go on sale this summer, will also offer a hybrid model.) Mostly what the hybrid hardware brings is the expected benefit of better fuel economy, which in this case comes with few sacrifices save for a bit of added cost. How much added cost? Well, it depends upon the trim level chosen and whether you want the AWD that comes standard in all Highlander Hybrids.

Hybrids are offered in four trim levels, representing most of the six available in gas versions. While the base gas model – the $32,375 LE – comes with a 4-cylinder engine and front-wheel drive, moving up to the $35,885 AWD LE V6 gets you a V6 engine and all-wheel-drive. That’s the version on which the least-expensive Hybrid is based, which adds $2130 to the cost – more than the $1620 added by moving from the “gas” AWD Limited to the $46,555 Hybrid Limited represented in this test.

And what do you get for your $1620? Mostly an increase in fuel economy … along with any street cred generated by your “green” choice. Like many hybrids — and conversely to gas vehicles — the Highlander Hybrid’s EPA city rating is slightly higher than its highway rating; in this case, 29 mpg city/27 mpg highway, with a combined rating of 28 mpg. Since the gas version comes in at 20/26/22, the Hybrid should gain you about 9 mpg in city driving, 6 mpg in combined city/highway driving, and virtually nothing in highway driving. Although our test included about 70 percent highway driving — and thus didn’t really show off the Hybrid’s virtues — we still didn’t get close to the EPA estimates, as we averaged “only” 23.3 mpg. However, this was in cold weather, and a 2017 Highlander Hybrid tested averaged 28.1 mpg, whereas a gas version got 22.8 — figures that more closely reflect the EPA estimates. 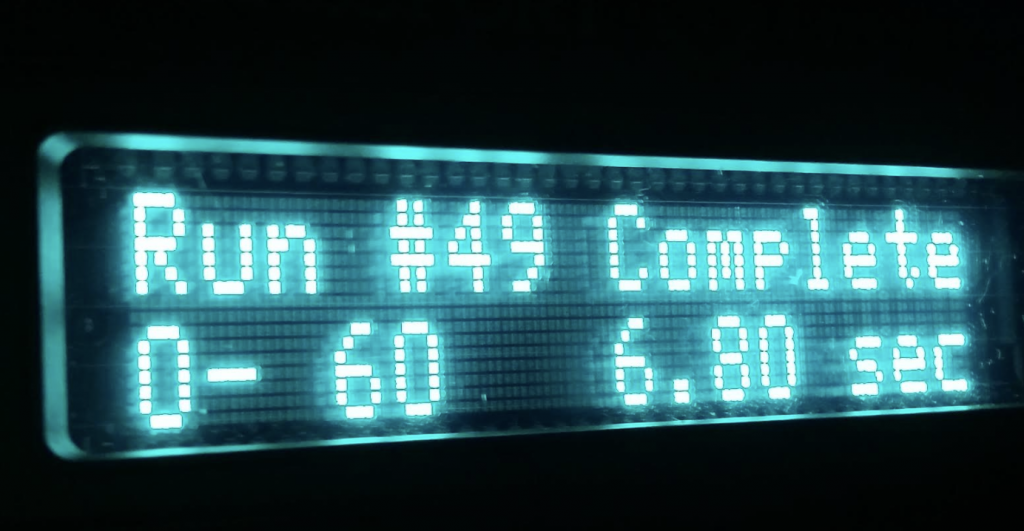 Our tester timed the Hybrid at 6.8 seconds to 60 mph, an impressive showing.

Another of the benefits of many current hybrids is that they’re often a bit quicker and more responsive than their gas counterparts thanks to the instant power created by their supplemental electric motors. While we don’t have figures for a gas Highlander to use as a comparison, we can say that our test Hybrid version averaged an impressive 6.8 seconds in the 0-60-mph dash, and provided quick response when the throttle was stabbed at speed. A relatively smooth, quiet ride is another asset.

Left: A separate-opening rear window is a rare feature in this class and is more convenient than opening the whole liftgate when loading small items. Another nicety is the ability to store the cargo cover under the floor (right).

Beyond that, the Highlander – in any form – makes points for passenger and cargo room. While most vehicles in this class manage both quite well, few can match the Highlander’s available 8-passenger seating capacity, and fewer still its convenient cabin storage space. Highlights of the latter include a large glovebox, wide mid-level dashboard tray with bottom “pass-through” to the central bin below (which hosts Aux, two USB, and 12-volt plugs), a left-side dash bin, and a huge console box with front and rear “roll-top” access doors covering a sliding tray and another 12-volt outlet. And nice touches in the spacious rear cargo area is an under-floor tray that will hold the roll-up cargo cover along with a separate flip-up rear window that eases loading of small items.

The passage to the third row is tight, as is space for adults once back there. On the positive side, the third-row headrests slide down to overlap the seat back, clearing the view to the rear.

The only downside of the passenger-carrying sort is that the third-row seat is tight for adults, and the pass-through to get back there is equally tight. Aiding the task of fitting three in the second row is plenty of adult headroom and legroom (the seat can be slid fore and aft a few inches to balance legroom in the second and third rows), along with a nearly flat floor for good center-seat foot space. However, the floor raises quite a ways under the seat cushions to create a “knees-up” seating posture for anyone in the third row. Our tester was fitted with second-row bucket seats that trimmed seating capacity to seven, though that allows for a center flip-up console providing convenient cupholders and a storage tray.

Among the many handy cabin storage spaces is a lower dash tray that extends from beneath the climate controls all the way to the right edge of the dash. (It looks like just a black “slash” in this photo, but it’s a deep open tray.) Interior materials in the tested Limited — the penultimate trim level — are first rate.

Also tough to beat was our tester’s two-tone interior boasting rich-looking wood trim and plenty of padded surfaces along with its great outward visibility.

If there’s a fly in the interior ointment, it’s the audio controls. While they’re clear enough and include volume and tuning knobs along with a few physical buttons, the tuning knob and some of those buttons are a very long stretch away for the driver. Climate controls are easier to reach, but include repetitive-step fan and mode buttons that aren’t as convenient to use as the rotary knobs that adjust the dual temperature settings.

While any Highlander is a fine choice, we feel the Hybrid carries its added cost weight well, at least if you do mostly city driving. And that benefit is in addition to the nodding approval you’ll get from the folks in your local “go green” society.

The Toyota Highlander offers three-row hauling capabilities in a pleasant, tractable package, and the hybrid trim levels add improved fuel economy to the list of virtues