Baby Bronco: What’s in a name? 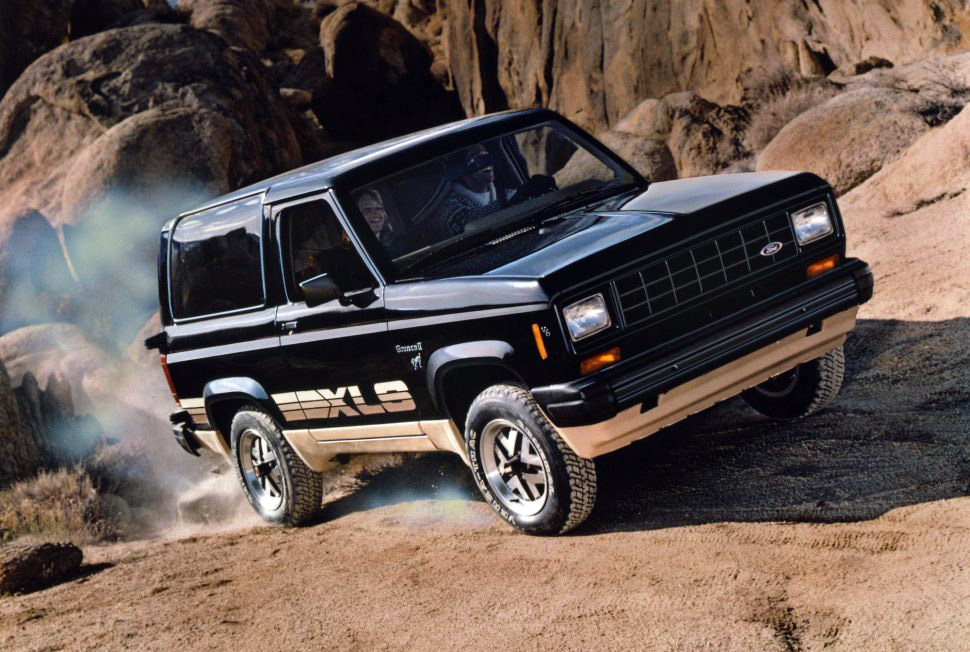 Odds are, you already know that Ford is bringing to market a pair of off-road-oriented trucks for the 2021 model year. Ford has been teasing the duo of for so long I expect to see examples on the used-car market already. In fact, we’ve seen neither truck yet, but do know a fair amount about them. 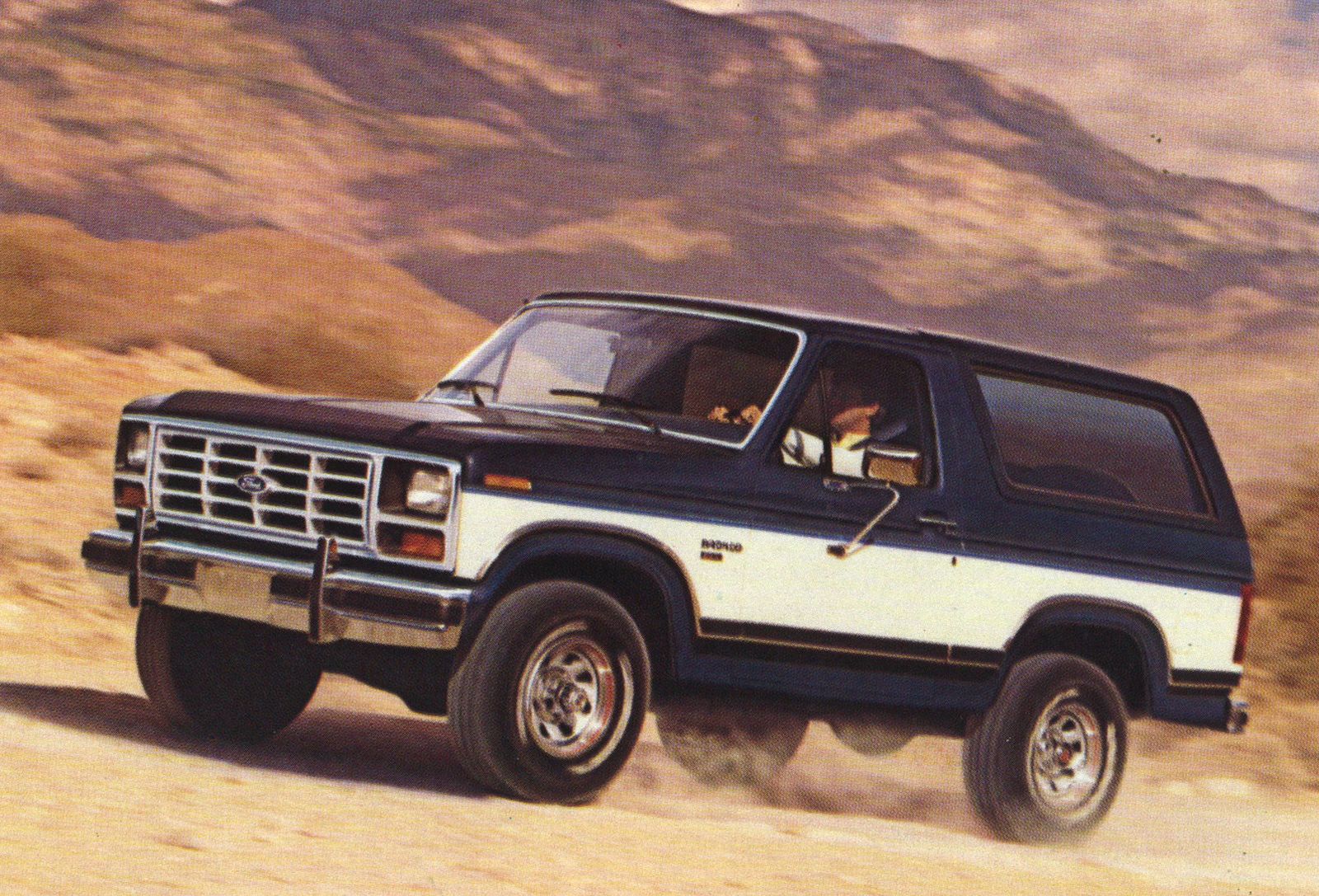 The F-150-based Bronco was a part of the Ford-truck lineup for the better part of two decades.

The 2021 Bronco will be built alongside the reincarnated Ranger midsize pickup at Ford’s renovated Michigan Assembly Plant. Borrowing elements of the Ranger’s architecture, the Bronco will be a true body-on-frame SUV, and offer Ford customers a beefy alternative for the more street-oriented Edge midsize crossover.

One key thing we know about the Bronco is that it will be called Bronco. Shoppers old enough to remember Ford’s big pickup-based SUV of the Seventies, Eighties, and Nineties will likely appreciate the application of legacy name to the new truck. Note that a smaller Bronco was available between 1966 and 1977, and was also an off-road-ready utility.

The “Baby Bronco” is another story. What we do know is that this compact crossover will share architecture with the newly redesigned Escape, and will be built alongside it at Ford’s Louisville, Kentucky, assembly plant.

The Baby Bronco will probably be less of a dedicated off roader than the larger Bronco, given that its Escape-based architecture is less suited for a serious trail rig. That said, such crossovers as the Jeep Grand Cherokee make use of unibody construction, so who knows? Most likely the Baby Bronco will be, more or less, to the Escape what the Subaru Outback is to the Subaru Legacy.

What we know for sure about the Baby Bronco is that it will not be called Baby Bronco, which, I think we can all agree, is a good thing. So, what will Ford call its new trail-dusted small crossover?

According to industry news source Automotive News, Ford has recently registered the following names with the U.S. Copyright Office, each of which seems like a likely candidate for the new ute: 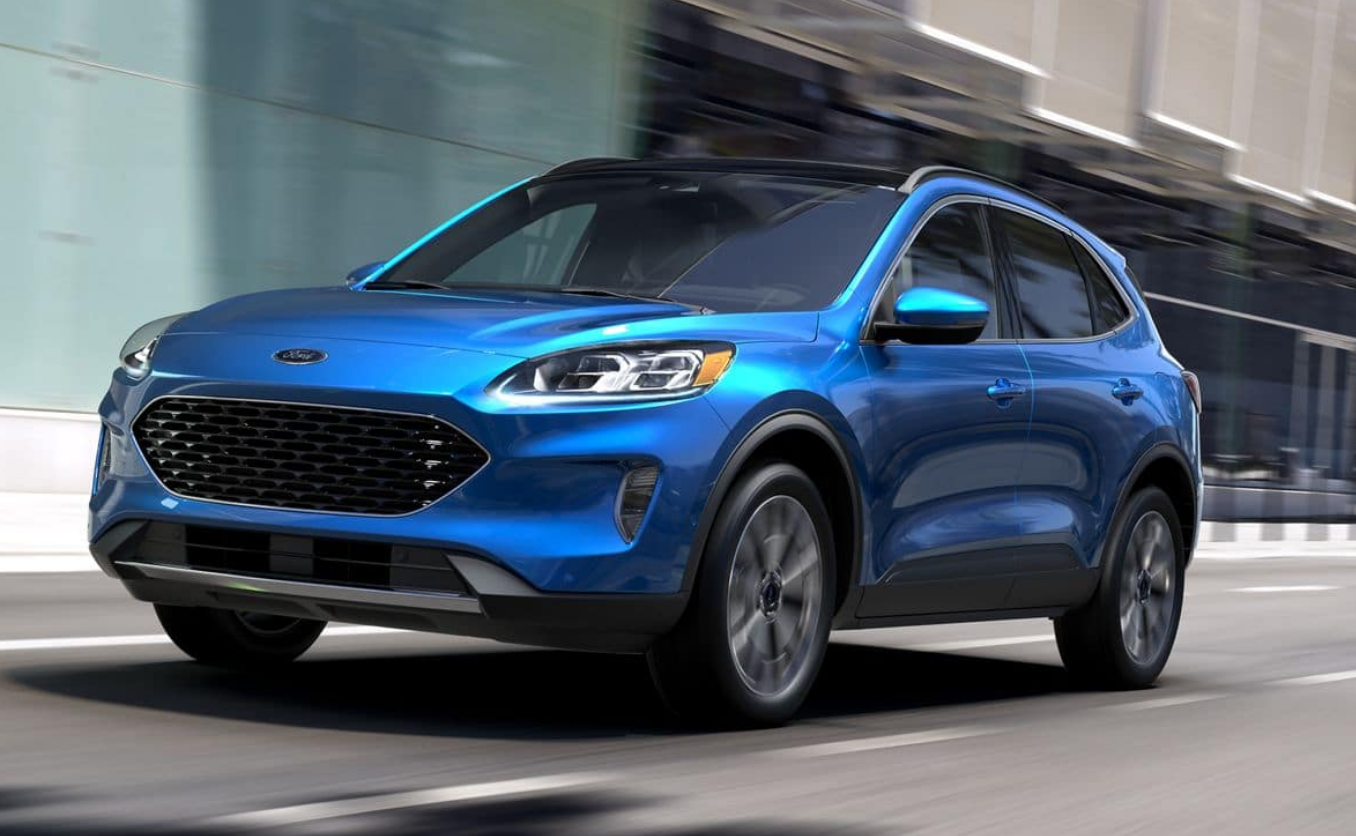 The Baby Bronco, whatever its real name, will share much with the redesigned Escape (shown), including basic architecture and drivetrain components.

As a fan of classic westerns, and James Garner, I am all about the Maverick name. Maverick is also a Ford heritage name, having be applied to a compact car offered between 1969 and 1977. Perhaps more importantly, versions of the Escape sold in parts of Europe and in some other markets are dubbed Maverick.

Though my heart says Maverick, my brain says Bronco Sport. The Sport moniker, as applied to a smaller version of another model in a brand’s lineup is now well-established industry practice. There’s the Range Rover/Ranger Rover Sport, Land Rover Discovery/Discovery Sport, and Mitsubishi Outlander/Outlander Sport. Also, until last year, Hyundai offered the Santa Fe Sport as a trimmer alternative to the Santa Fe crossover. 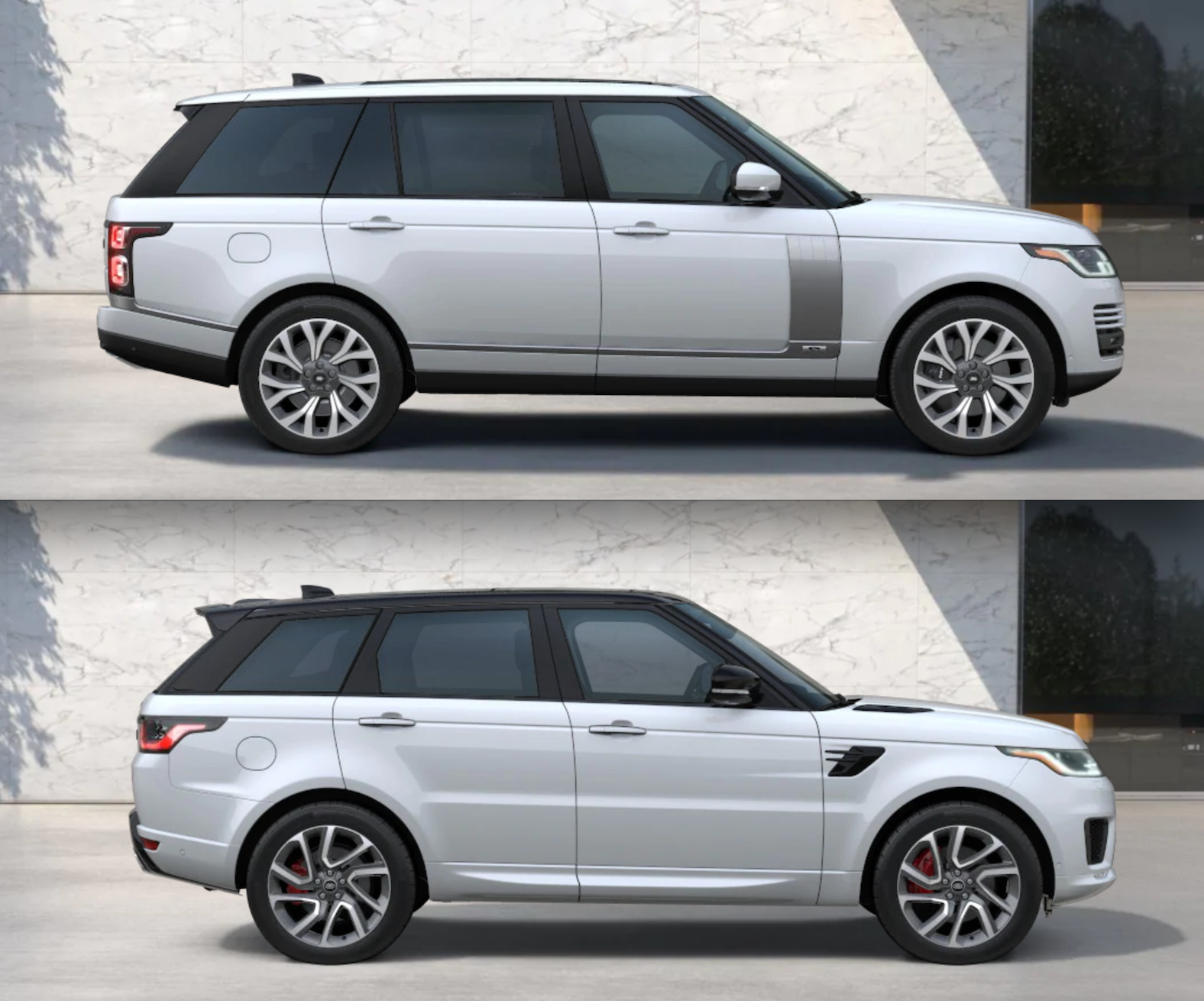 It’s possible that another name not on the radar will be applied to the Baby Bronco, but that seems unlikely. I’m calling it now, the new Escape-based crossover will be the Bronco Sport. Though, digging through the Ford Brand’s bag of disused model names, I see Courier and Excursion are still available. Just asking now, what are the odds to new little truck becomes the 2021 Granada? 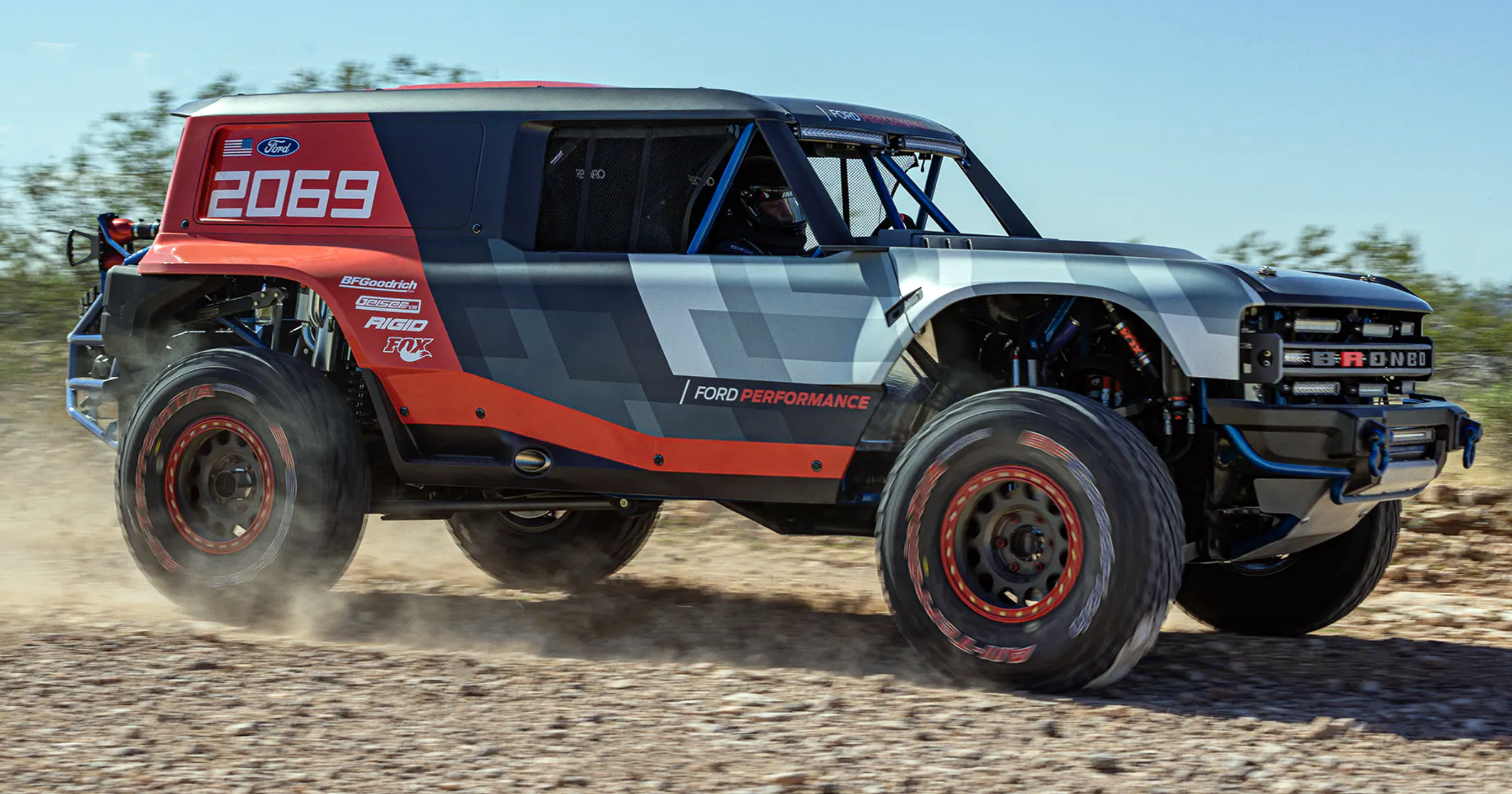 On November 4, Ford released this image of the Bronco R race truck, likely a design harbinger of the production 2021 Bronco SUV.