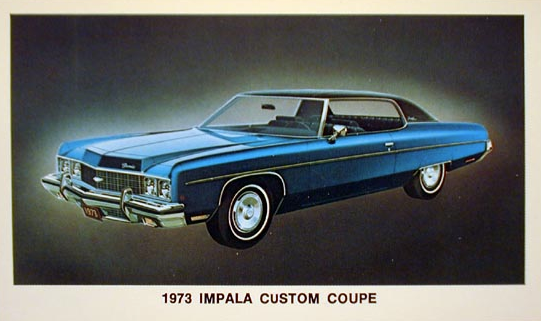 This Impala Custom Coupe, at $3793, was not the cheapest Chevrolet big coupe. The Impala Sport coupe, which featured a thinner, less-formal C-pillar, could be had for $67 less. The vinyl roof treatment shown here added $106 to the bottom line.

Among the top-10 most-popular TV shows of 1973 were The Bob Hope Specials, NBC Follies, and The Flip Wilson Show. It’s hard to imagine a variety show cracking the top-50 most-watched programs today, at least variety shows without a “reality” twist to them.

Television programming is more diffuse these days, and the folks who once spent time enjoying Flip Wilson as Da Judge, now (if they haven’t passed on) can choose from more than 100 channels of programing instead of 7 or 8–fewer if their TVs were not equipped with the then-exotic UHF tuning dial. 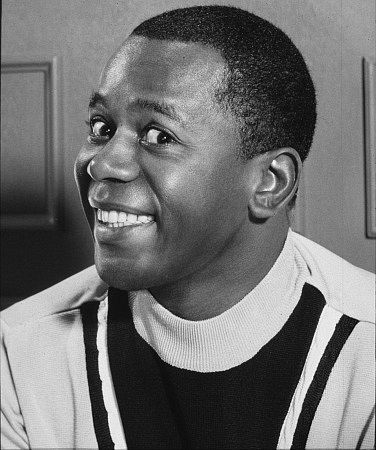 A lot of Flip Wilson fans probably drove large coupes, at least back when Flip was popular.

Full-size coupes are a little like Flip Wilson. Not only are they extinct—my apologies to Flip’s kin—it’s hard to know what exactly replaced them.

I’m pretty sure that car buyers replaced personal-luxury cars like the Chevrolet Monte Carlo and Ford Thunderbird with the likes of the Chevrolet Blazer and Ford Explorer. I believe this because early SUVs exuded a certain sense of self-indulgence consistent with the then-contemporary notion of personal luxury.

But large coupes are a different matter entirely. They were family cars firstly, but rakish enough for that mom or dad that wasn’t keen on rushing into sedan or wagon territory. Of course, any style-conscious shopper with an occasional need to stow more than one additional adult on board would find a 2-door Pontiac Catalina an appropriate ride.

Wherever big-coupe buyers drifted off to, they left behind a segment of cars I wish hadn’t vanished. There was a certain charm to those giant doors and the cavernous and somewhat difficult-to-access rear seats.

Here today we remember the most-affordable full-size coupes of 1973. The kind of car Flip Wilson might have driven when he was first starting out, assuming he had more than one friend to haul around. 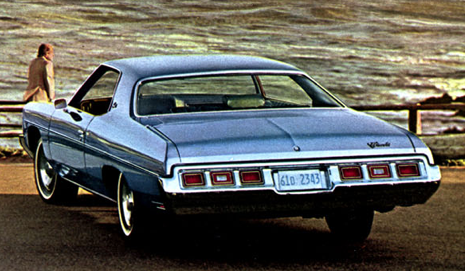 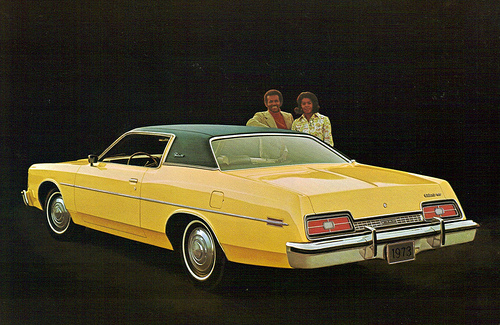 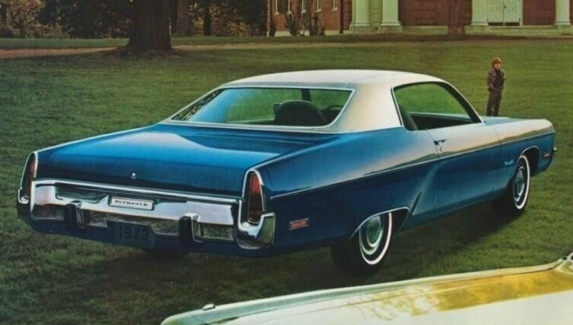