Comments
Written by Tom Appel in Classic Cars, Technology, What was... 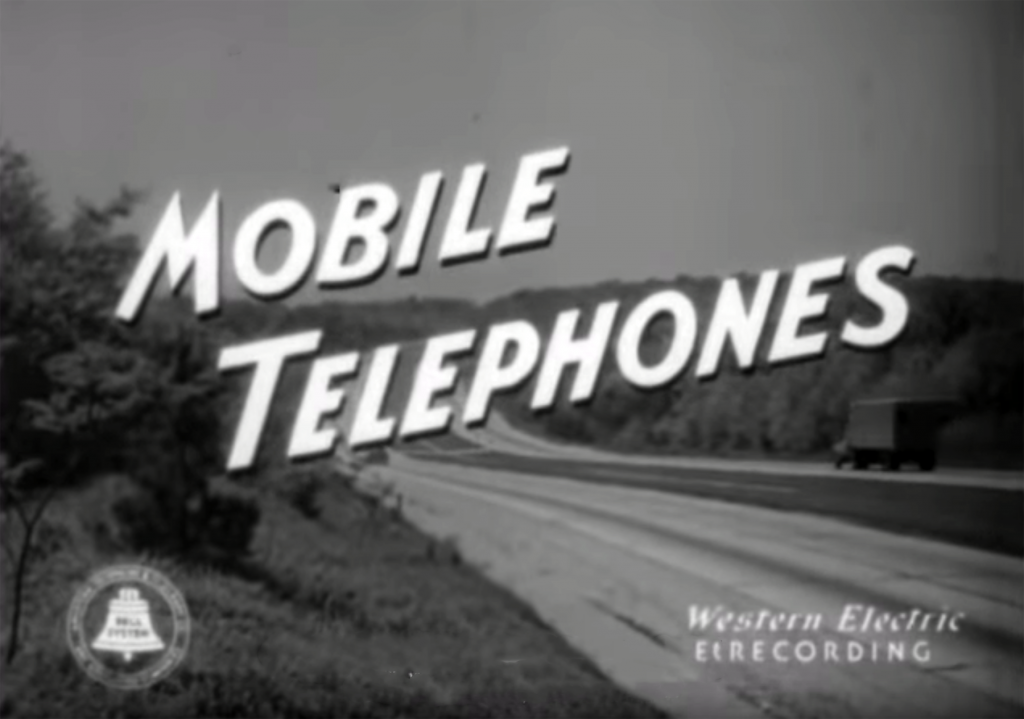 As 2021 rolls on, many automakers seem to be racing each other to publicize their timelines for transitioning their respective future product lineups to predominantly (or entirely) electric vehicles. Many elements of the general public, including journalists and EV detractors, are observing this scrum with doubt. Good questions are being asked, most of them related to electric-vehicle range and charging infrastructure. 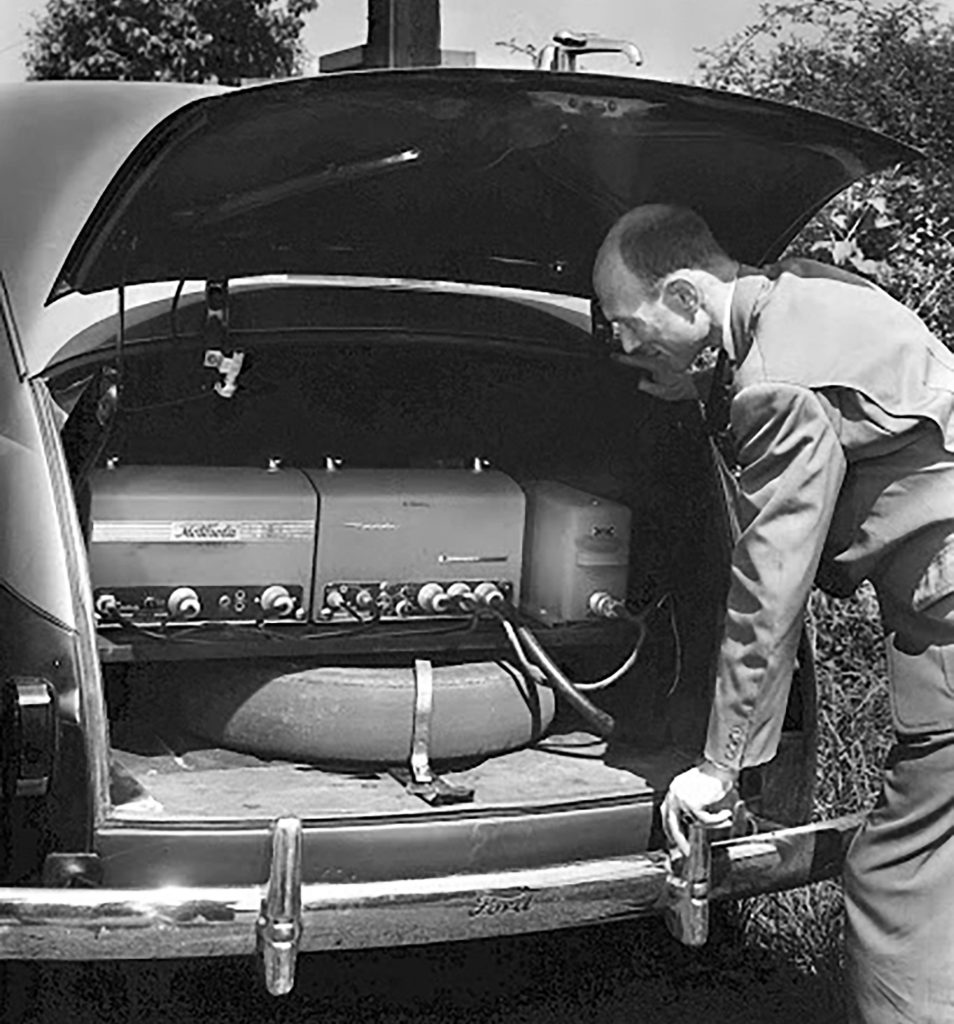 Early mobile-phone equipment was heavy and bulky. In addition to the receiver and transmitter seen here, the typical system included a roof-mounted antenna, and often an additional battery, generally installed under the hood.

General Motors, for example, plans to pivot to a predominantly EV lineup within the next 15 years, while Volvo plans to be completely electric by 2030. I mention these transitions not because I doubt EVs will eventually replace gasoline- and diesel-fueled vehicles, but because the widespread adoption of electric cars and trucks will require consumers to make changes in how they go about getting from place to place.

While “topping off” your car at home instead of at a BP station isn’t likely to be a jarring transition for most car owners, waiting 30-40 minutes for a charge while on a long road trip may prove to be more than some drivers are willing to bear.

But the compromises we will be asked to make as we move to cleaner, more efficient transportation are nothing compared to the hassles that were required to take telephone communication mobile back in the late Forties.

In October of 1946, the first successful phone call from a landline telephone to a mobile phone occurred. The call was carried over Illinois Bell’s Radiophone system using equipment manufactured by Motorola. As it turns out, nothing about that process was actually simple. Here’s why:

Equipping a car with a mobile phone meant installing at least 80 pounds of equipment—most of which was stashed in the truck, seriously compromising cargo capacity. In most cases an additional battery was deemed necessary, adding to the weight and cost of the installation.

At least initially in the Chicago area, there were only three channels available for the entire network. This meant that there was frequently a wait to place calls, as all the available channels were in use.

The first mobile phones operated more like a two-way radio than a phone. Phone users were required to press a button on the receiver to speak, and release it to listen. (Landline users on the other end of the call were not required to engage in this handplay.)

The original mobile phones were not equipped with dialing devices. Calls were placed by an operator, adding to the length and complexity of each.

Calling a vehicle on the road meant knowing its approximate location. To make such a call, the caller would need to call the long-distance operator (remember those?) and give him/her the name of the city/broadcast town closest to the vehicle. Vehicles too far from the selected tower could not be reached.

Finally, mobile-phone use was extraordinarily expensive—as you might expect when the system only permitted three calls per tower at one time. The cost-estimate sheet shown below includes some startling numbers. Equipment rental—per car—ran $15.00 monthly (about $165 in 2021 dollars). The basic service cost $7.00 per month ($77 in 2021 money), and apparently included up to 20 calls—less than one per workday. No word here on the cost of additional calls, but at the 35-cent-per-call rate of the minimum service plan, additional calls would cost about $4.00 each in 2021 dollars.

Though there was no way to leave messages via the Radiophone system, a light on the phone holster would inform users that they had missed a call. The light would also drain the battery over time—just saying.

Lastingly, that 80 pounds of equipment was packed with vacuum tubes, meaning that placing a call would likely have to wait several minutes after starting the car as the tubes would have needed to warm up.

The brochure shown below was recently excavated from the Consumer Guide archives, though no one seems to know where it came from, or if Illinois Bell sales representative M.C. Thoren closed this particular sale. We estimate the brochure to be from 1948.

Had mobile-phone technology not advanced at the same pace cars have, we’d be loading 80 pounds of equipment into our Chevrolet Bolt EUVs, and likely suffering reduced range as a result of the electricity required to power all that stuff. 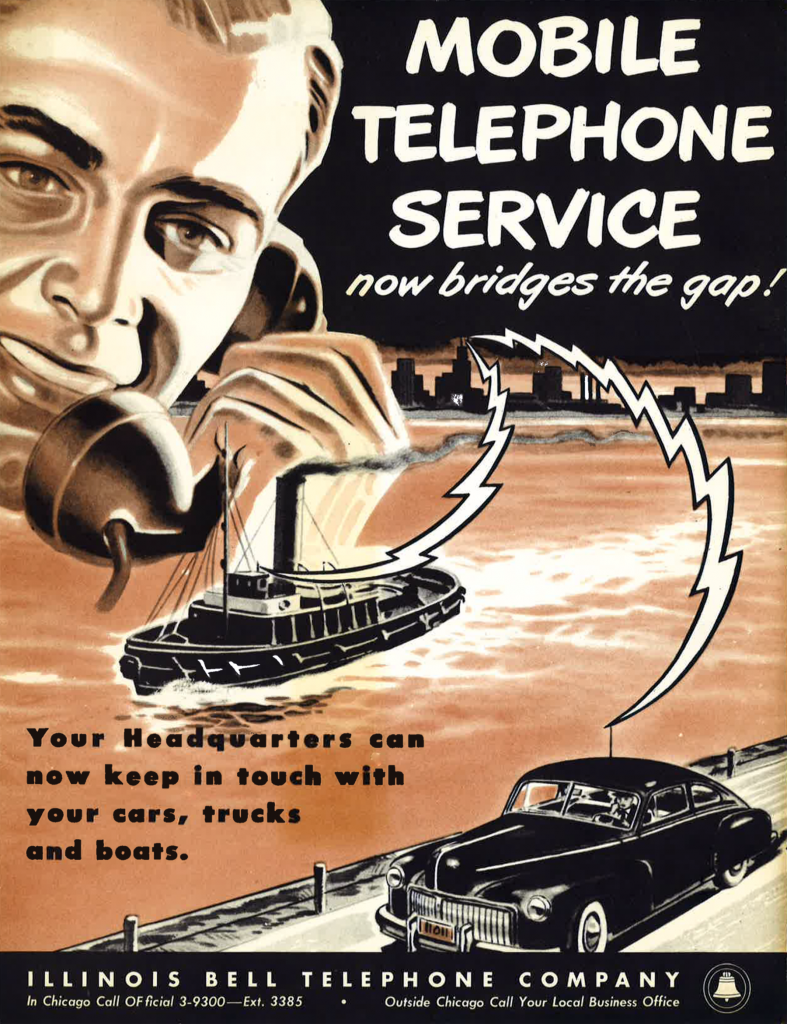 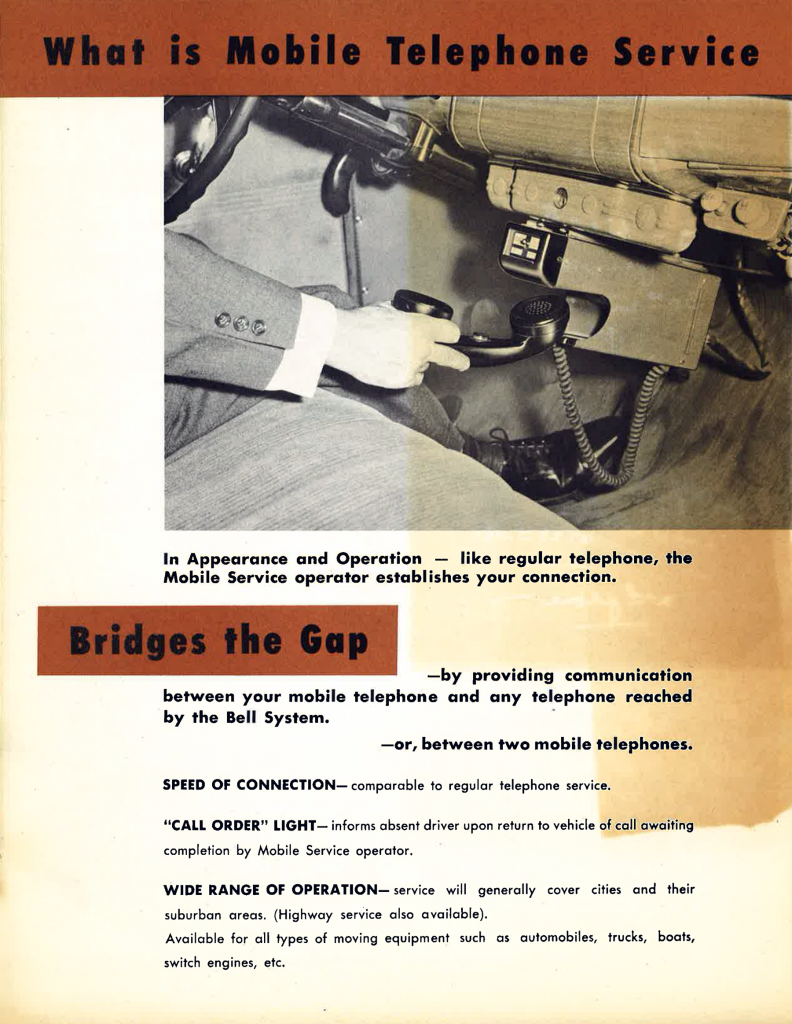 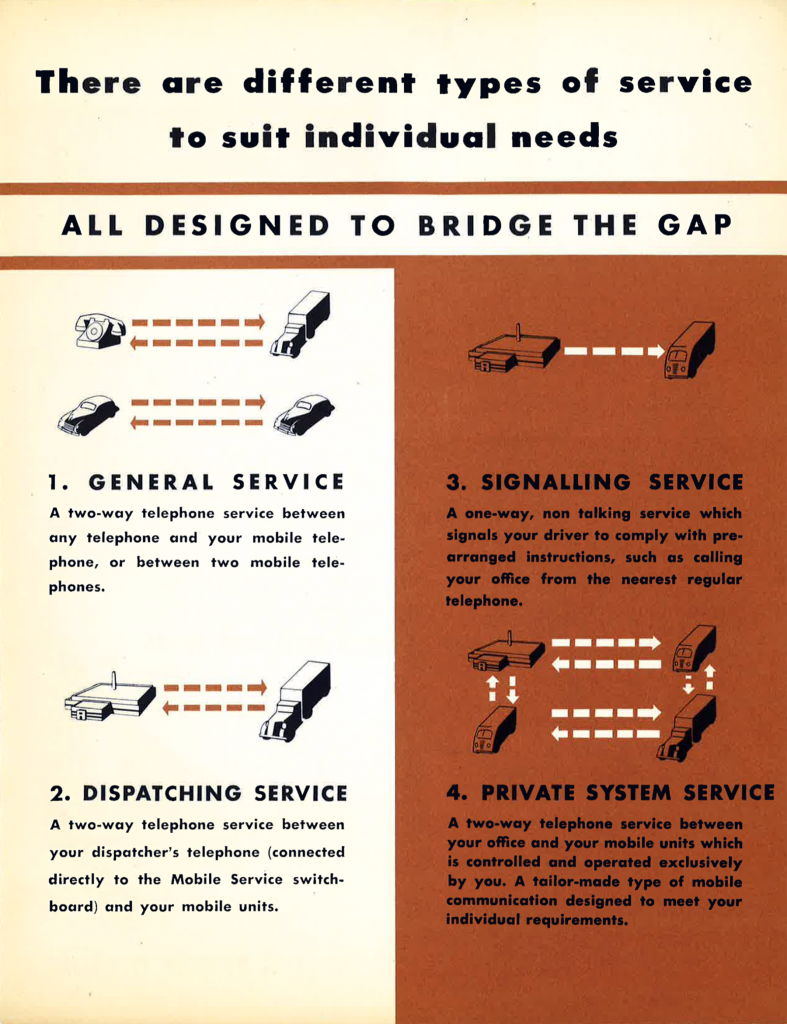 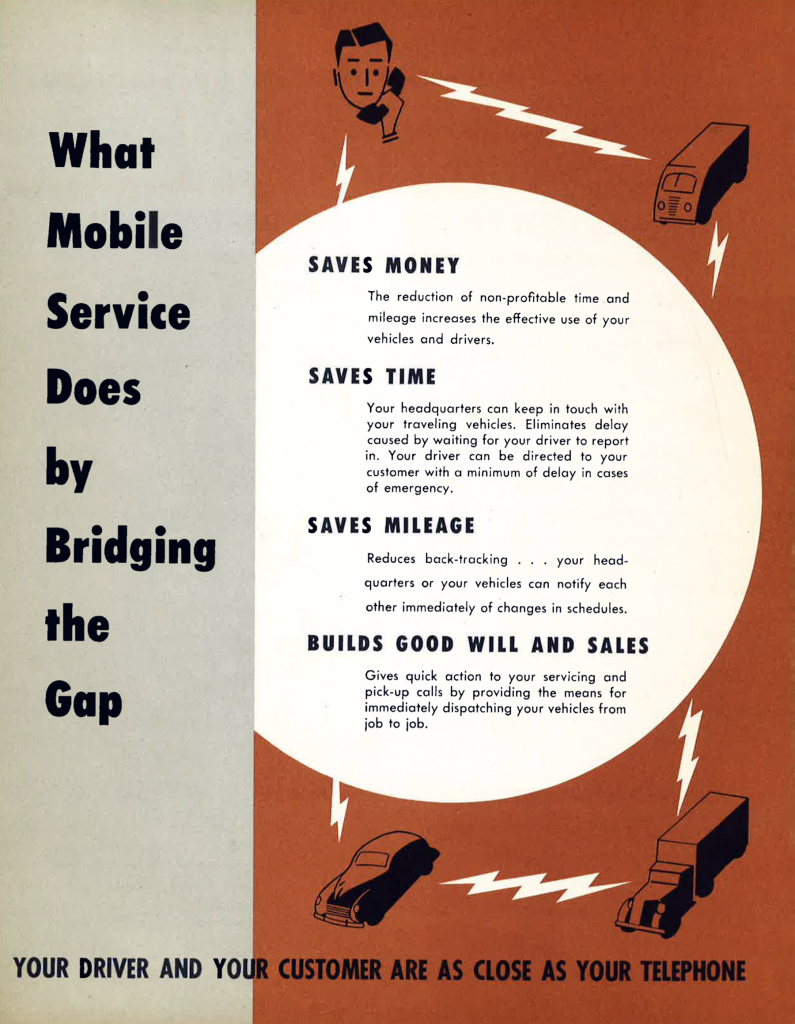 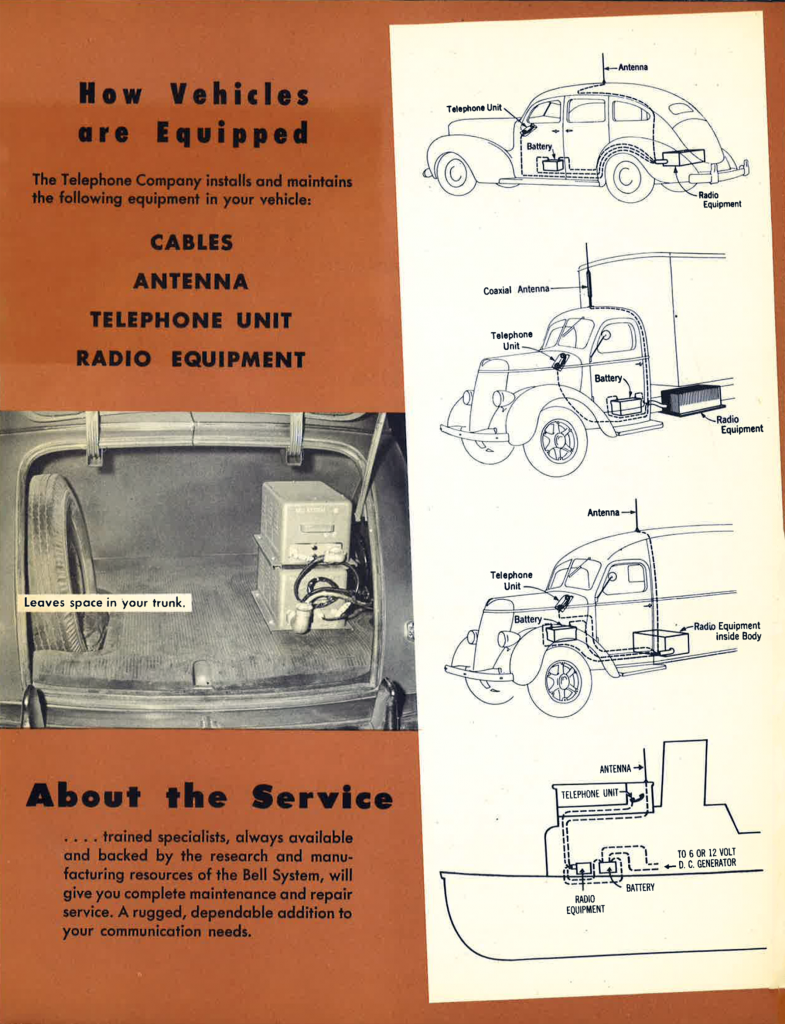 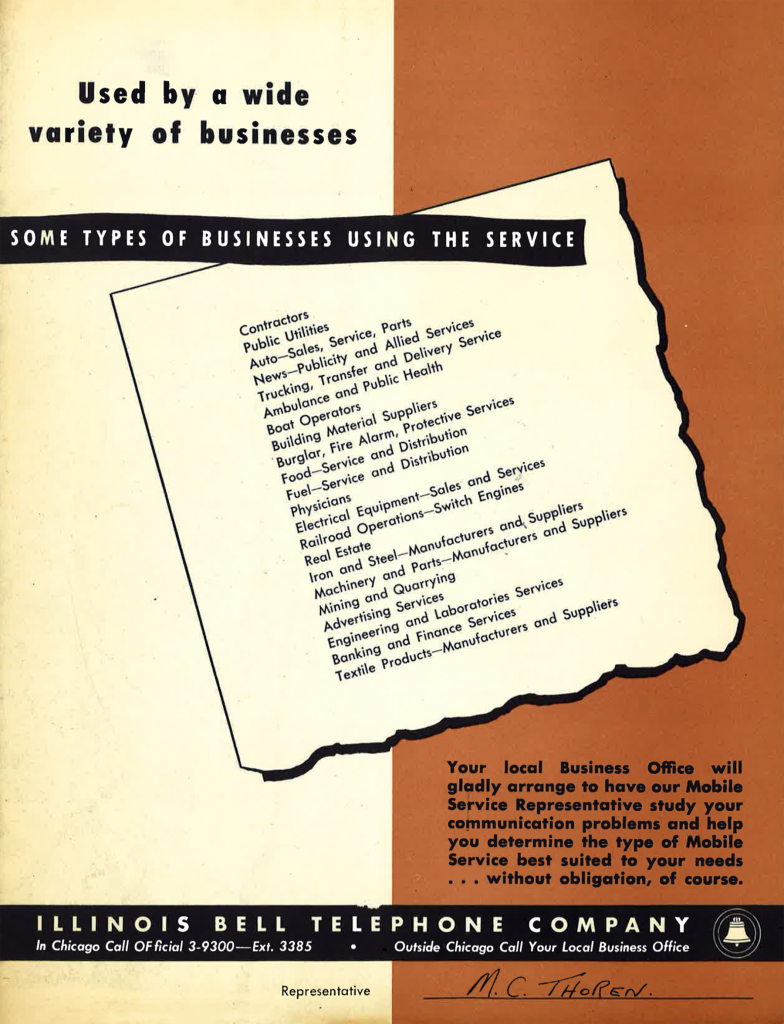 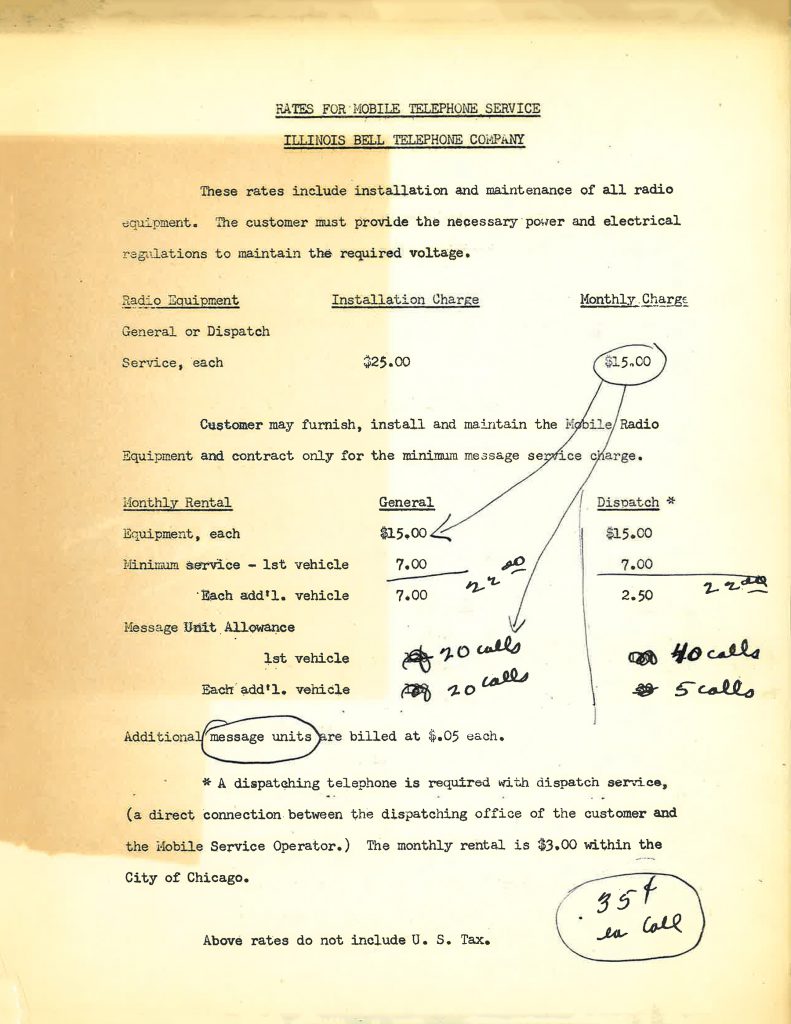 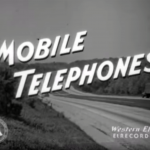 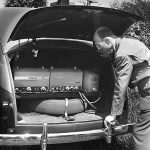 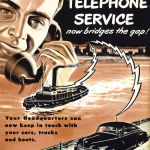 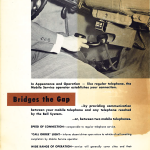 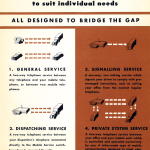 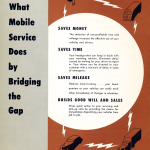 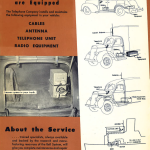 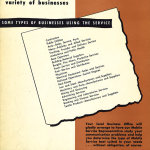 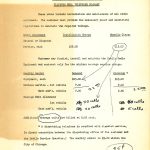