How to Pull a Parade Float 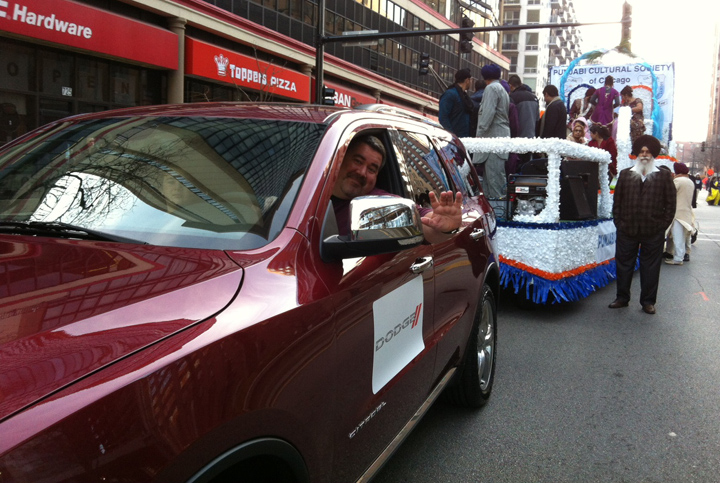 Tom and the Durango pull the Punjabi float down State Street during the McDonald’s Thanksgiving Day Parade in Chicago.

On my car-guy bucket list, somewhere between driving around in a gold Firebird with James Garner and driving a Gullwing to Chicago’s legendary Superdawg after dark, you’ll find, scratched out, “pull a big float in a major parade.” Done. Been there, done that. Here’s how to pull a parade float:

Thanks to the Chrysler Group, a participating sponsor of this year’s McDonald’s Thanksgiving Day Parade in Chicago, my wife, kid, and I landed a seat in a Dodge Durango hitched firmly to one of the event’s biggest, and by far most entertaining, floats.

At first, I was sure that Chrysler had invited journalists to pilot their float-pulling vehicles because they assumed that we, as a group, were endowed with above average driving skills. After further consideration, however, I am pretty sure we were asked to drive because we’re geeky enough to give up part of a holiday to play with cars and trucks.

Our assigned float, representing the Punjabi Cultural Society of Chicago, was, by far, the most entertaining in the parade. Imagine beautiful robes and folk costumes, loud music, and a friendly group of people who will dance at the drop of a hat, and you get the idea.

For the record, Punjab is one of India’s most northernmost states and is bordered on the West by Pakistan, though the history of the Punjabi people is more complicated than that sounds.

Here are a few things I learned while towing a big float down Chicago’s State Street on Turkey Day:

How to Pull a Parade Float

Idle is enough.
Not only does “slow and steady” win the race, it also prevents dancing float riders from toppling over. As it turned out, our Hemi-equipped tow vehicle was plenty able to pull a big float at idle—no throttle necessary.

Forty dancers seriously affect inertia.
It was too-often necessary to hit the brakes during my one-mile parade trek through downtown Chicago. One of the oddest sensations associated with braking was the bobbing and surging the float—and thus our Durango—engaged in during deceleration. Blame the energy of 40 or so enthusiastic dancers. The feeling that the float was pushing us forward was tough to overcome. As it turned out, we always stopped just fine. Now I know what it’s like to pull a sloshing, half-full liquid-container truck.

Members of the Punjabi Cultural Society will dance with anyone, at any time.
Our float was number 81 in the parade, which meant we spent 90 minutes waiting to take a 15-minute trip—and that wait was awesome. As we waited parked, other floats passed us, often waiting several minutes before pulling into parade traffic. During that wait, our new Punjabi friends danced with everyone who pulled alongside our float. By everyone I mean Bozo the Clown, Chicago’s legendary weather guru Tom Skilling, and every single kid on the Gap float. Waiting for our turn down State Street was every bit as much fun as being in the parade.

On a chilly parade morning, rear-seat heaters are popular.
Our tow Durango was a fully optioned Citadel model replete with heated rear seats. My wife and kid found this a boon during our period of windows-down waving. 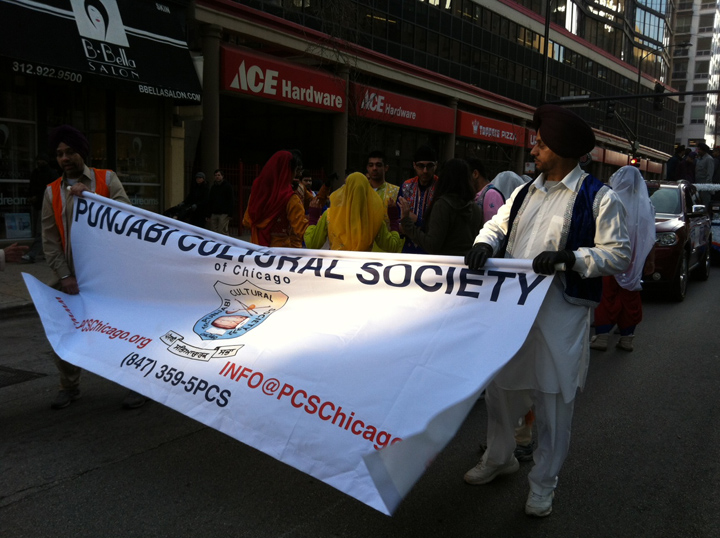 The music and costumes of the Punjabi Cultural Society added to the festive atmosphere. 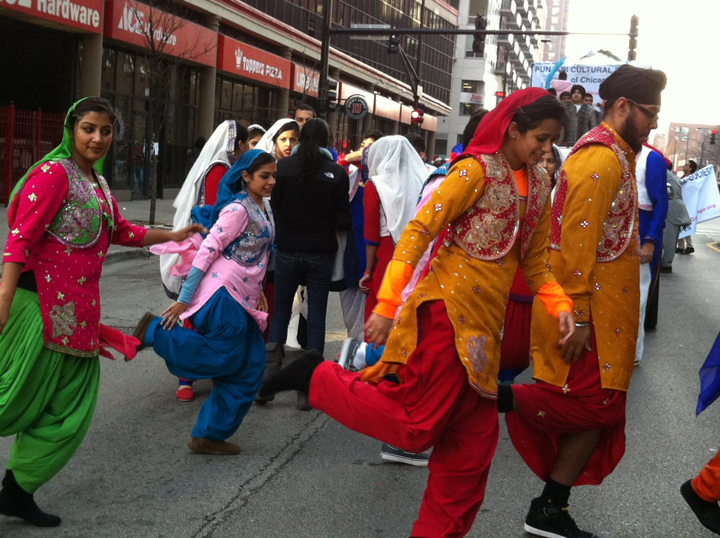 Punjabi dancers preceded the group’s float, on which a sound system was mounted.

How to pull a parade float

How to pull a parade float