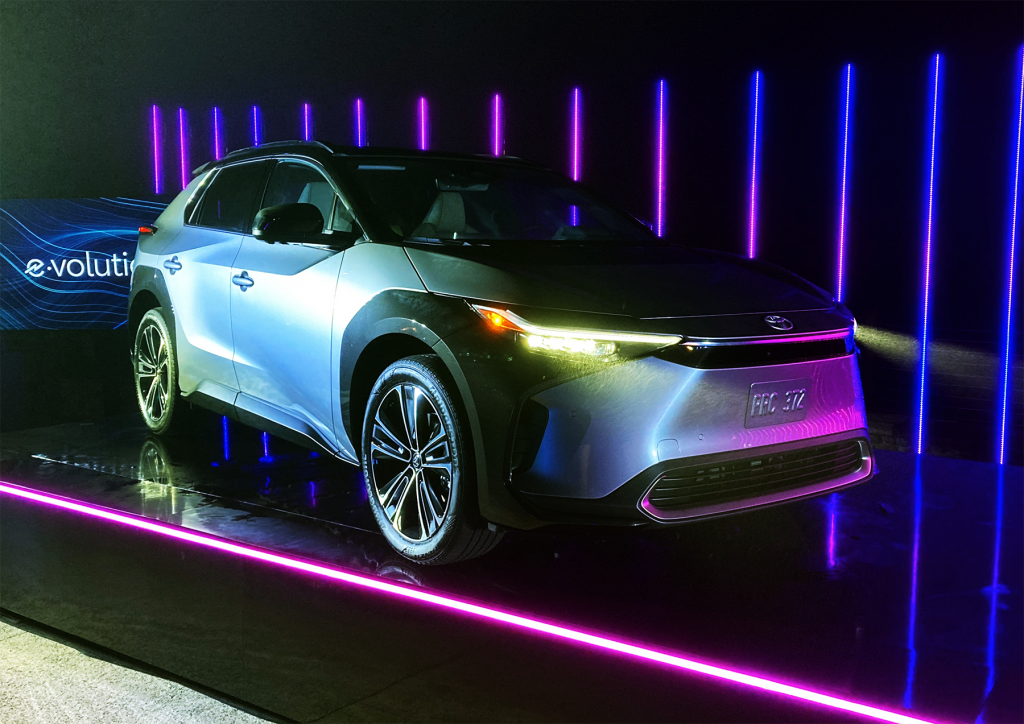 Today, Toyota officially unveiled the U.S.-market production version of its all-new-for-2023 pure-electric SUV at a press event in Encinitas, California, just ahead of the 2021 Los Angeles Auto Show. The bZ4x is a compact 5-passenger crossover SUV that kicks off a new sub-brand of Toyota pure-electric vehicles. The “bZ” portion of the name stands for “beyond zero”—in reference to zero emissions—and bZ4X is the first of seven bZ-branded vehicles Toyota plans to introduce globally by 2025. Eight other battery-electric vehicles are planned as well, and counting traditional hybrids, plug-in hybrids, and hydrogen fuel cell vehicles, Toyota says they will offer about 70 electrified vehicles in various global markets by 2025.

The bZ4x is built on Toyota’s new “e-TNGA” vehicle architecture, which has been designed specifically for battery-electric vehicles. The design features a liquid-cooled lithium-ion battery pack that’s integrated into the vehicle’s floor structure, which protects the integrity of the battery pack in the event of a collision. Another benefit of this architecture is that the cross-braced construction of the battery pack helps improve vehicle rigidity. The bZ4X rides a 112.2-inch wheelbase, which is exactly the same span found under Toyota’s three-row Highlander SUV. Overall length measures 184.6 inches, which makes the bZ4X almost 4 inches longer than a Toyota RAV4 and about 10 inches shorter than a Highlander. 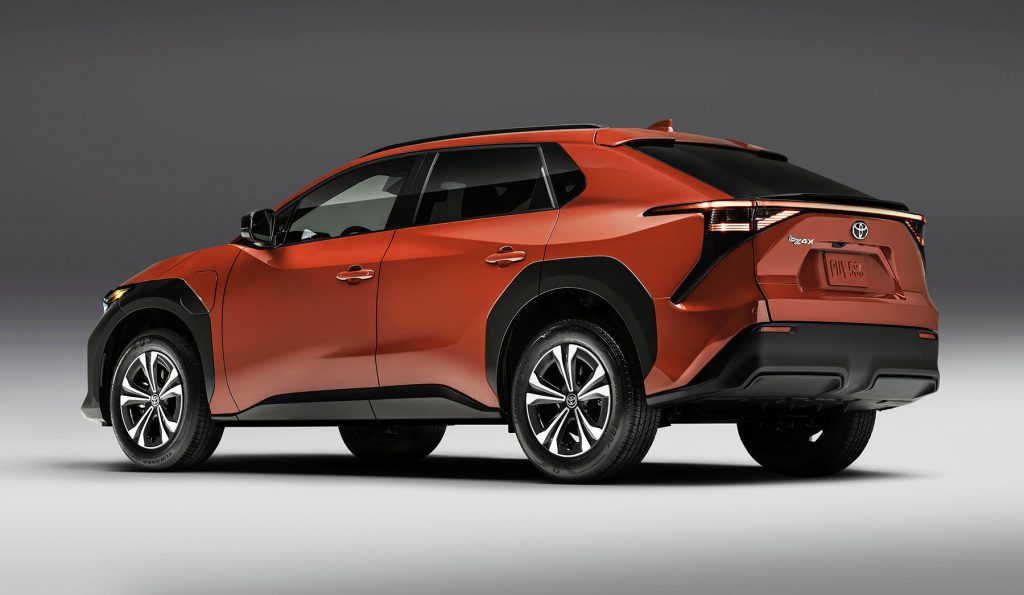 When it arrives at U.S. dealers (it’s slated to go on sale in early 2022), the bZ4X will be sold in Toyota’s familiar XLE and Limited trim levels, in front-wheel-drive and all-wheel-drive versions. The FWD models use a single 150-kW electric motor and are equipped with a battery pack rated at 71.4 kWh. The AWD models use two 80-kW motors for 160 kW total; one motor powers the front wheels, and the other powers the rear wheels. The battery pack in AWD models has a slight increase in capacity, to 72.8 kWh. Toyota says the front-drive model should have an estimated driving range of up to 250 miles, but hasn’t yet provided any estimates for the AWD version. 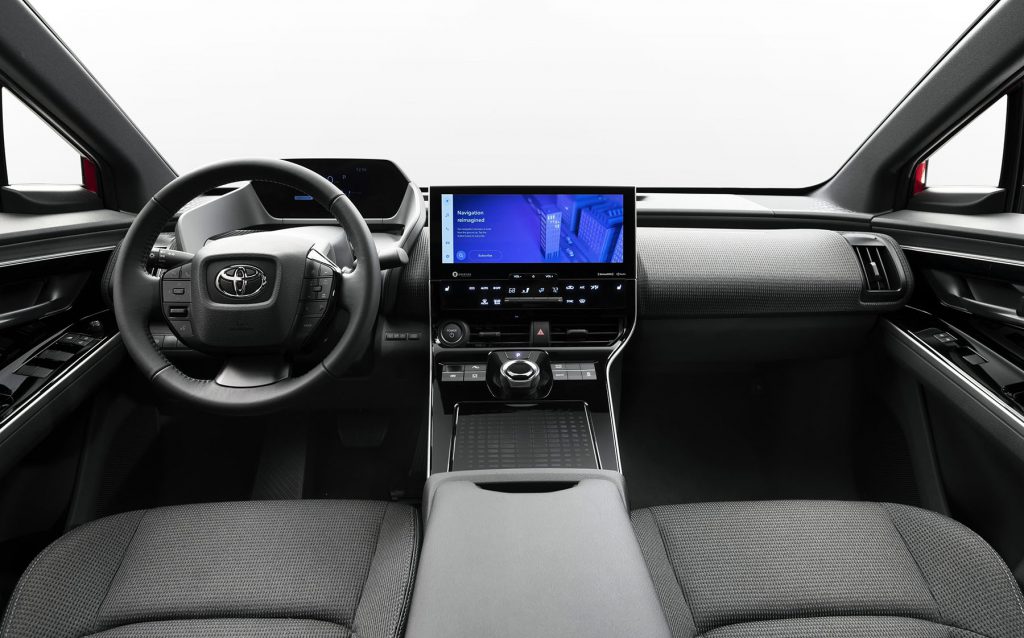 The bZ4X’s styling follows a modern theme that Toyota calls “hi-tech and emotional.” The design features curves at the front—and though it is grilleless in the traditional sense, the front fascia includes a lightly defined shape that recalls the outline of the grilles found on most modern-day Toyota models.  The styling becomes sharper edged as you move to the rear of the car, and there are large areas of dark gunmetal-colored trim around each wheel and on the top of the hood. The relatively low roofline ends in a dramatically sloped rear window. 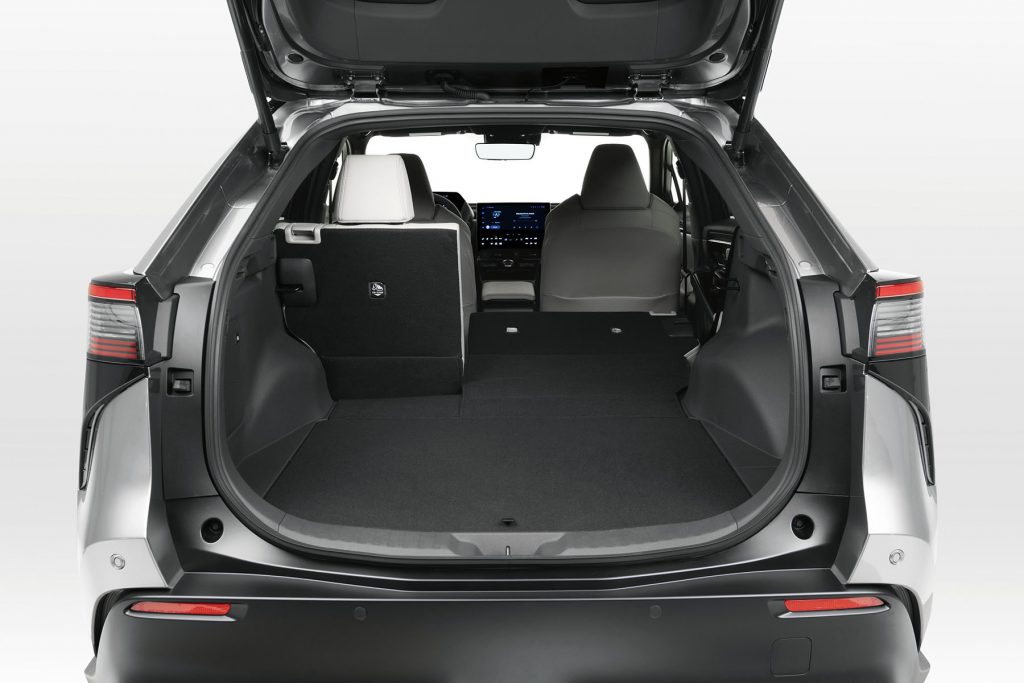 The latest version of Toyota’s suite of active safety features—Toyota Safety Sense 3.0—debuts in the bZ4x. Among its enhancements are improved versions of Lane Trace Assist and the pre-collision system. Technology features include the new Toyota Audio Multimedia system that recently debuted in the redesigned-for-2022 Tundra full-size pickup. While full details are not yet available, we expect it to feature a 14-inch touchscreen display and include Drive Connect subscription-based functionality with cloud-based navigation, along with other features such as charging station locations and real-time parking spot location assistance. Toyota’s Digital Key functionality, which allows owners to lock, unlock, and start the vehicle via their smartphone, will also be available. Both the Toyota Safety Sense 3.0 and multimedia-system software can be updated and enhanced wirelessly without visiting a dealership. 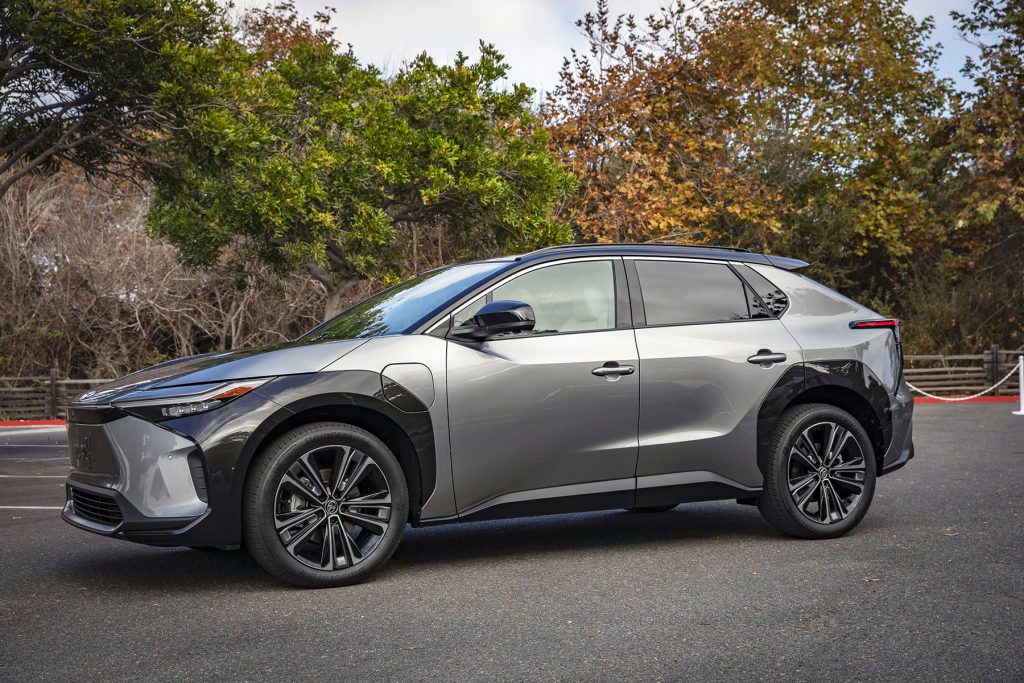 Media-drive opportunities for the bZ4x are likely at least a month or so away, but we were able to sit in a static-display prototype during the bZ4x’s reveal event. The dashboard uses an unconventional design with a low cowl and a relatively small digital instrument cluster mounted close to the windshield glass, quite far away from the driver. Much of the dash is covered in a corduroy-like cloth material—an unexpected choice that we think looks attractive and adds some quirky visual interest. The corduroy extends to the seat inserts on XLE models, while Limiteds get leatherette upholstery.

The seating position is more car-like than expected of a crossover SUV; the driver and front passenger sit close to the floor with their legs stretched out in front of them. We had good space behind the steering wheel for our 6’2” frame, but the dash and center console intrude slightly on the passenger side, leaving us feeling a bit cramped. Headroom is ample in both the front and rear seats. The rear-seat cushions are mounted close to the floor, which results in a knees-up seating position, but there is plenty of legroom in back—even behind a front seat adjusted all the way rearward. However, once we were situated in the rear seat, the toes of our size-13 shoes were pressing up against a raised lip on the floor underneath the front seat.

Small-items storage appears unexceptional overall, but we do appreciate the open-sided “purse porch” storage area situated underneath the center console. Behind the rear seats there is a generously sized cargo area, with underfloor storage for the removable retractable cargo cover. The split-folding rear seats flip forward easily to expand space and create a flat load floor.

Toyota has long offered a robust lineup of traditional hybrid and plug-in-hybrid models that has expanded significantly in recent years, but this is the company’s first modern fully-electric battery-powered vehicle. The bZ4x is certainly avant-garde stylish–maybe too much so for some shoppers–but the two-row SUV body style should appeal to many buyers. Toyota hasn’t yet released pricing information, so our evaluation of the bZ4x’s value proposition will have to wait, as will our test-drive impressions. Once we have that info, we’ll be able to see just how the bZ4x stacks up against rivals like the Volkswagen ID.4 and Ford Mustang Mach-E. 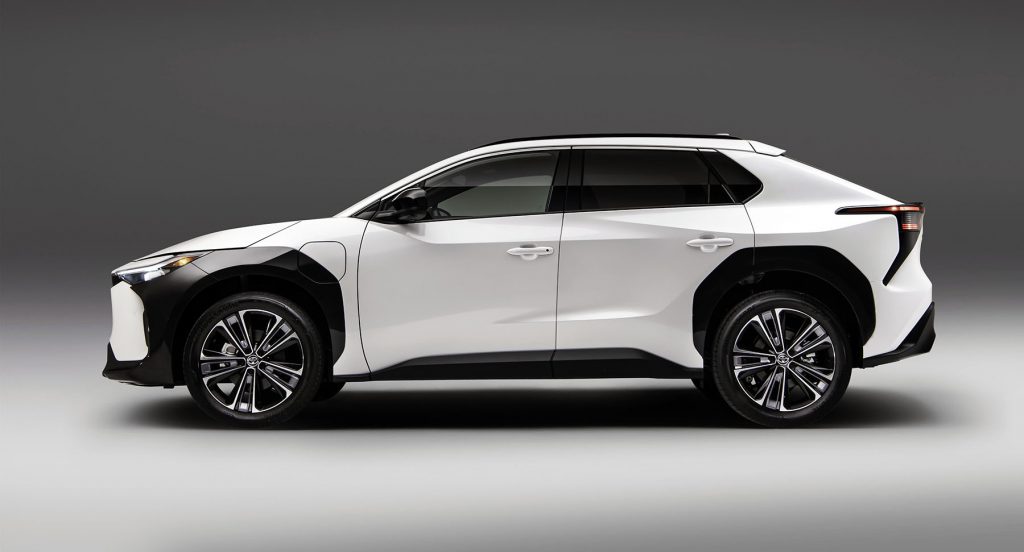 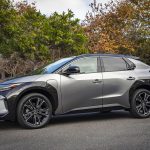 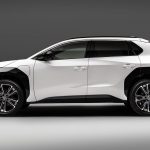 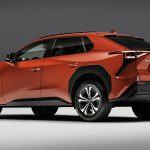 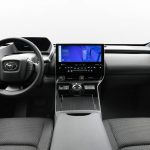 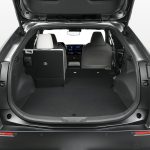 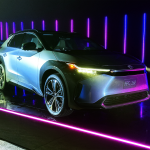