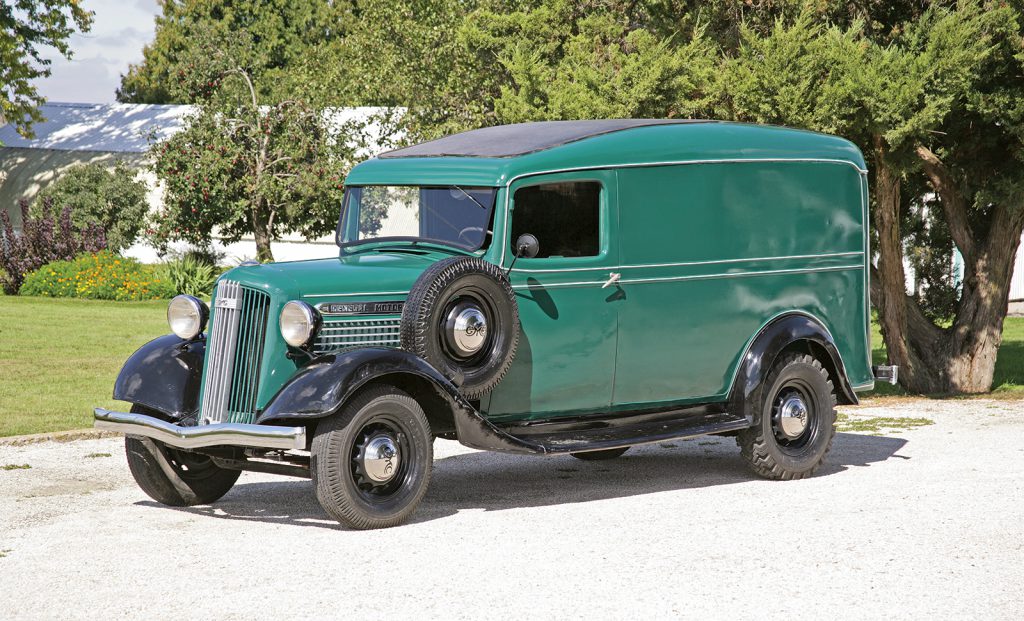 Truck makers rushed to join the high-volume light-truck market in the mid Thirties. International brought out a Willys-sourced 1⁄2-ton for 1933; in ’36 Mack introduced a Reo-built Mack Junior, and GMC also jumped on the 1⁄2-ton bandwagon.

GMC’s roots went back to Rapid Motor Vehicle Company and Reliance Motor Company, founded in 1902 and 1903, respectively. Both firms were early components of General Motors, and by 1912 had been brought together under the GMC banner.

GMC initially concentrated on heavy trucks. It didn’t offer a 1⁄2-tonner until the Pontiac-based T-10/T-11 of 1927-32. Then GMC stepped aside to let Chevrolet be the corporation’s light-duty brand. Finally, with the economy picking up by ’36, GMC rejoined the  1⁄2-ton field—this time to stay. 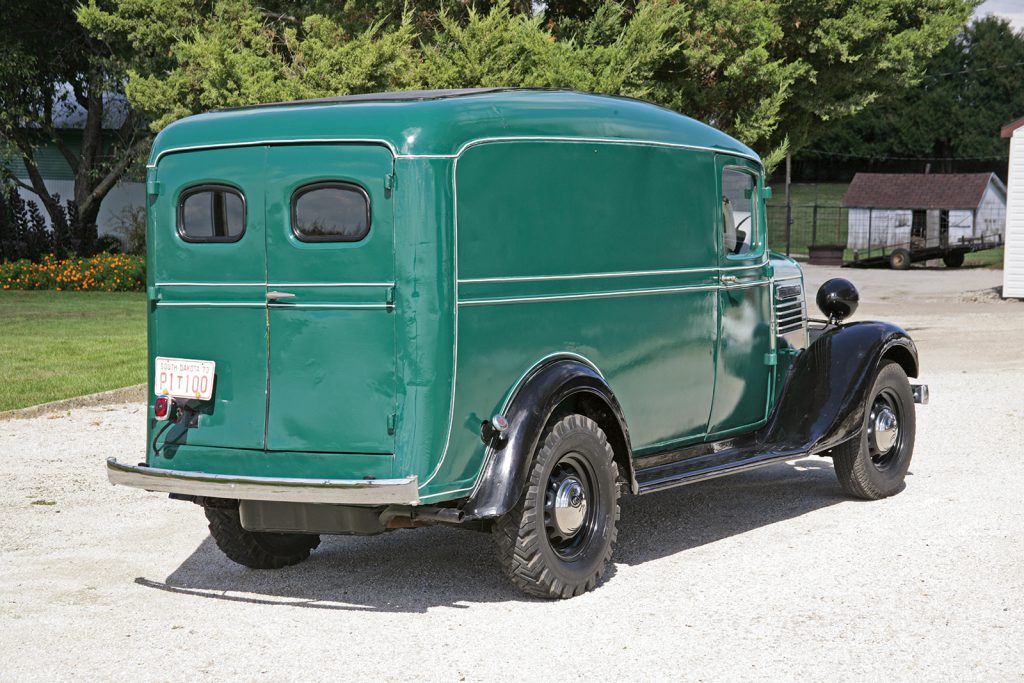 The GMC T-14 shared some sheetmetal with Chevrolets, but it wasn’t a badge-engineered Chevy truck. The GMC tended to have more heavy-duty components, a nod to its big-truck genealogy. Under the hood was a 213-cubic-inch Oldsmobile L-head six-cylinder engine that developed 85 horsepower. (The Olds six dated back to 1928 and would be in production, with updates, through 1950 before the brand exclusively went to “Rocket” V8 power.) The sturdy six had four main bearings and by 1936 had gained electrohardened aluminum pistons. By comparison, the Chevrolet trucks had a 79-horse 206.8-inch overhead-valve six with three main bearings. A three-speed transmission with synchromesh was standard, as were hydraulic brakes. 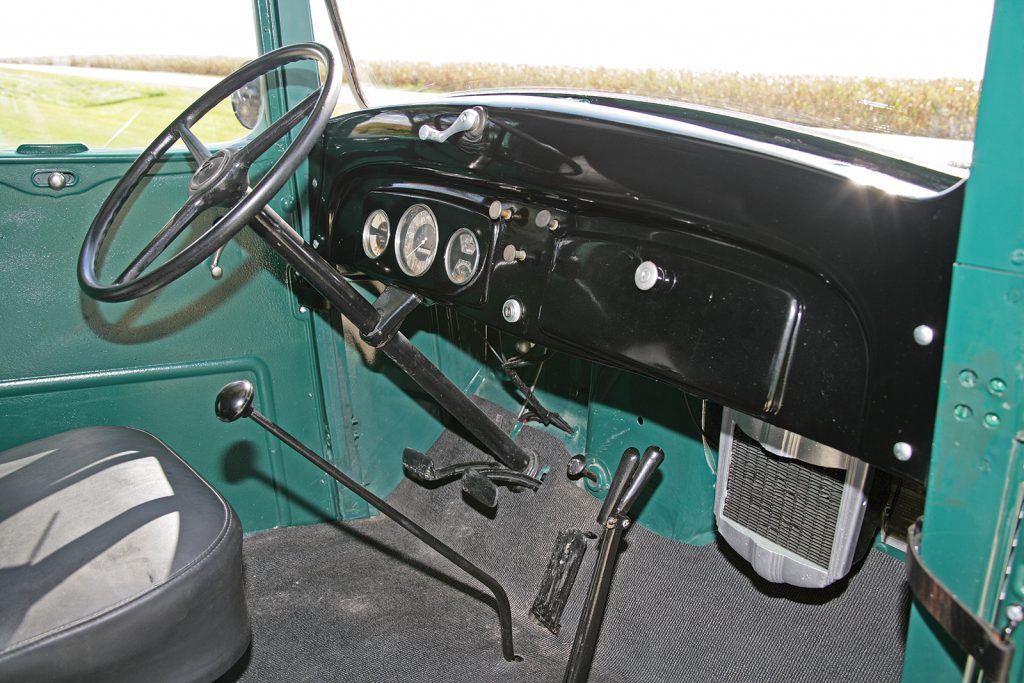 While the 1⁄2-ton Chevrolet truck rode on a 112-inch wheelbase, the GMC had a much longer 126-inch wheelbase and a sturdier frame. A T-14 chassis with cowl and windshield cost $425 and weighed 2210 pounds. The pickup cost a reasonable $566, although the Chevy pickup was only $475. 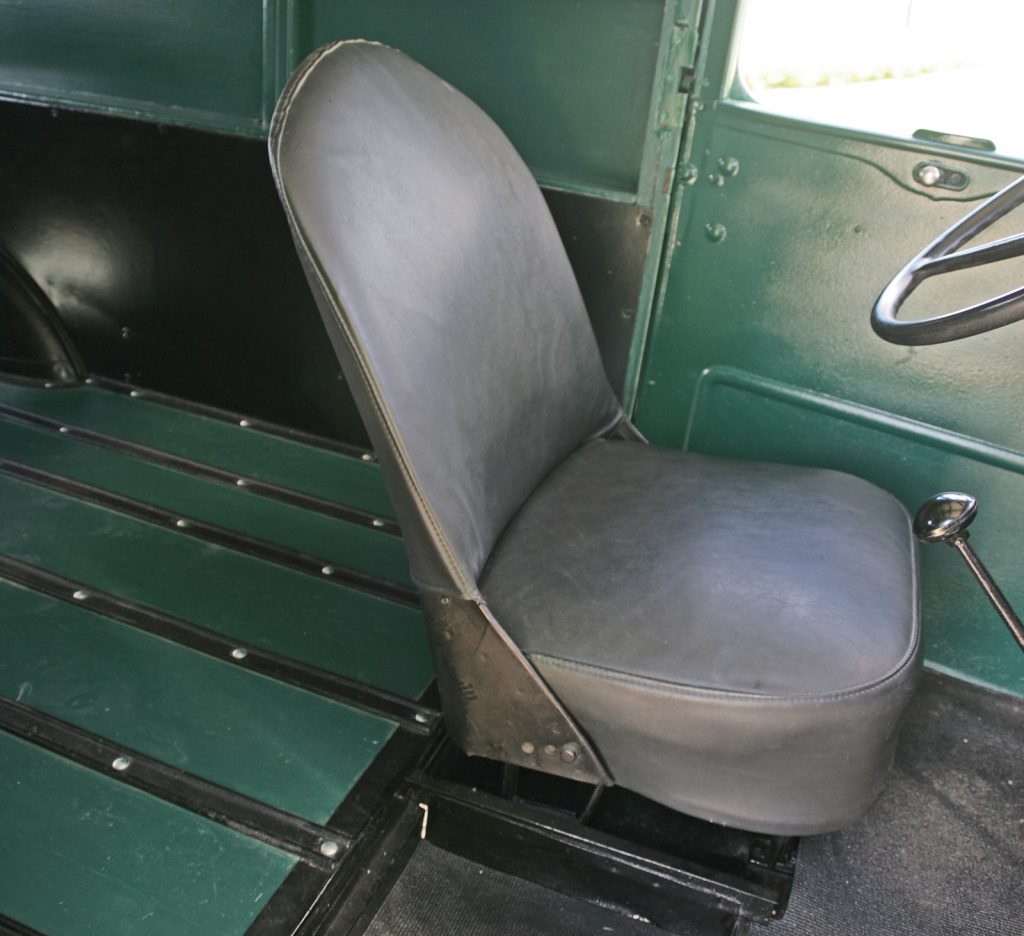 The 1936 T-14 panel truck featured here has been owned by Roger Hippen of Wellsburg, Iowa, since 1980. He says it’s a good truck to  drive, and the hydraulic brakes work well. Hippen doesn’t know the history of this truck, but he thinks that the Indianhead nickels that were found in a rear cubbyhole suggest that it was used for delivering milk.

Hippen restored the GMC in 2007. This is not a common truck, and Hippen said he “had to use his head” because there were no other GMC panel trucks nearby that he could use for reference.

Hippen, who is in the trucking business, said refurbishing the engine was easy. The hardest part of the restoration was finding someone who could replace the fabric insert in the roof. General Motors cars had all-steel “Turret Tops” by 1936, but this truck still had a section of treated fabric stretched over a wood frame in the center of the roof. When exposed to the weather, the fabric insert required dressing every year or two to prevent deterioration and leaking. GMC was already converting to all-steel tops, and the panel truck would gain a no-maintenance all-steel roof for 1937. 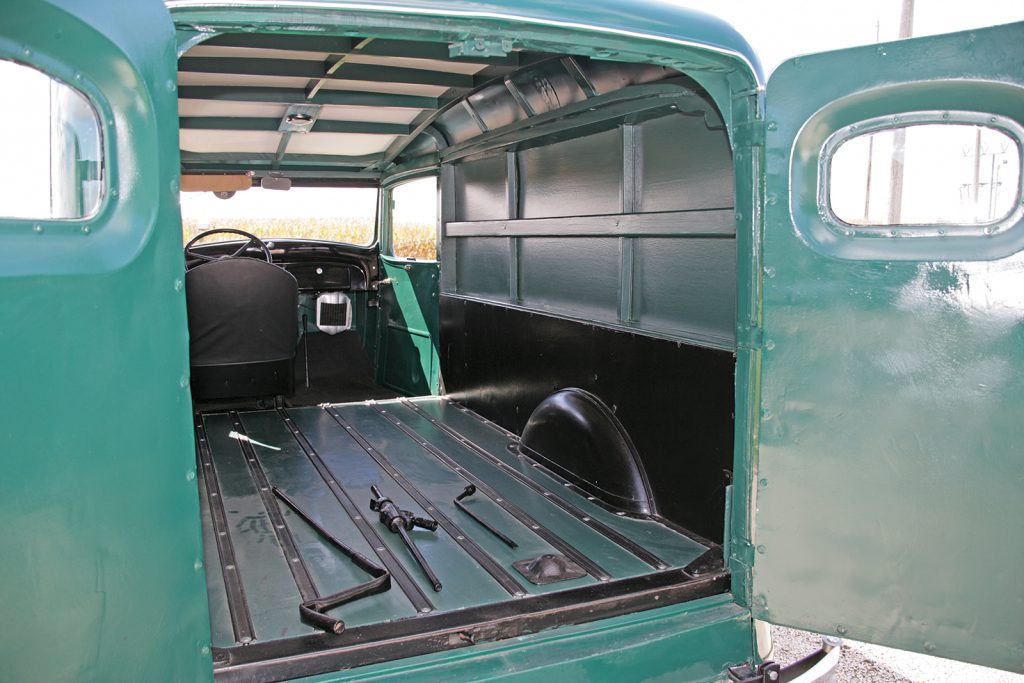 The heater, seen in the passenger-side footwell (had there been a passenger seat in this panel truck) was in the truck when Hippen bought it. This heater, shaped like a stylized grille, doesn’t seem to match any GM accessory heaters of the time, so it probably is an aftermarket unit. In the mid Thirties, a heater would have been installed by the dealer and mounted on the firewall under the dashboard. A hot-water heater such as this one would have been a simple installation requiring the connection of two hoses to the heater core and wires to power the fan. There was no outside air intake, so the heater recirculated the interior air. GM trucks lacked “No-Draft” ventilation with wing vents that had been a feature of its cars since 1933, but should moisture start to condense or freeze on the glass, the windshield could be cranked open at the lower edge to admit fresh air.

A heater would have been a luxury on a truck in the Thirties—especially on this Standard model that lacked the extra chrome and added features of the Deluxe version. 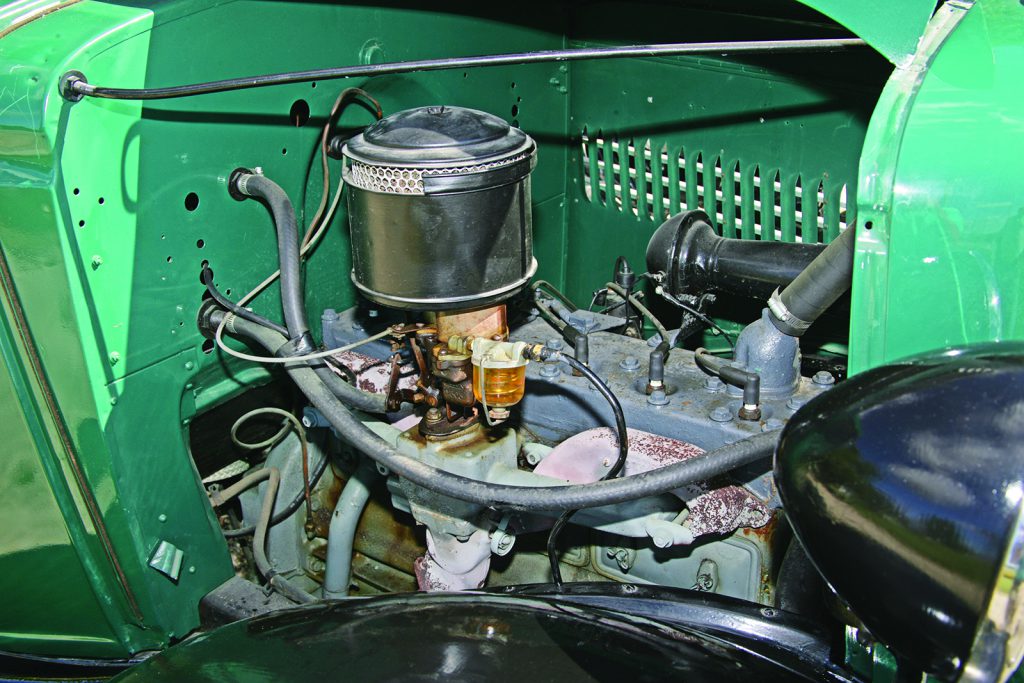 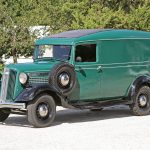 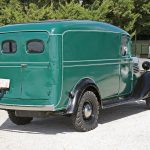 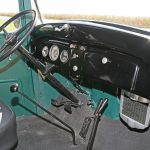 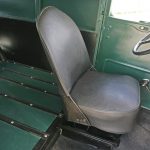 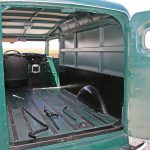 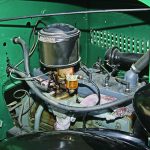