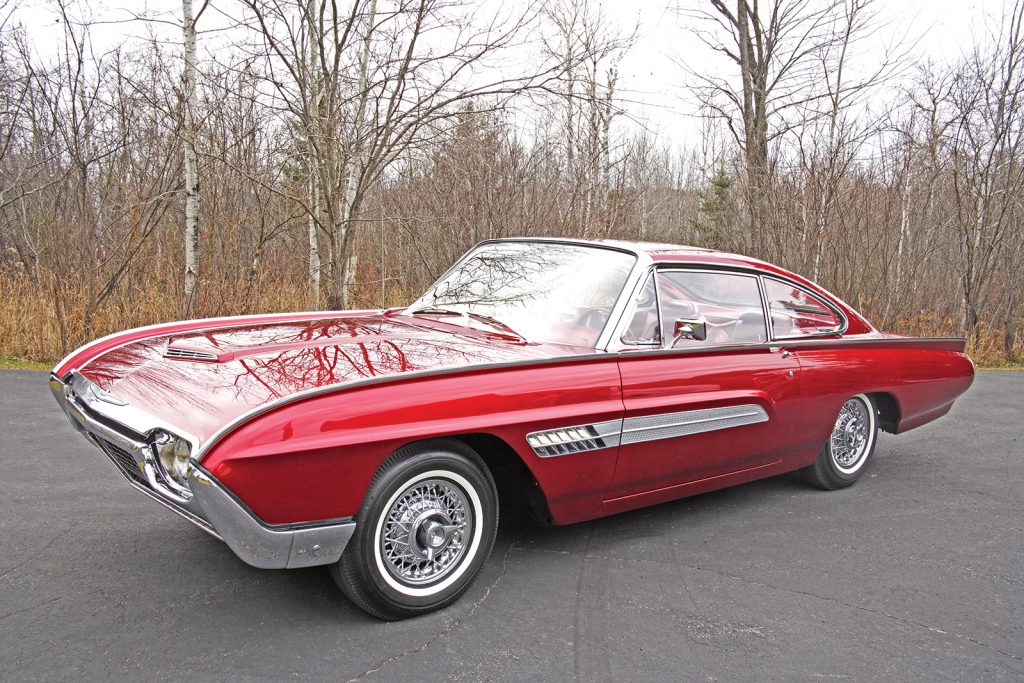 Ford dabbled in semifastbacks in the early Sixties with its Galaxie Starliner hardtop coupes, and the more aerodynamic roofs gave good results on NASCAR tracks. Although the Thunderbird was famous for its formal notchback roof, Ford designers decided to experiment with a fastback treatment for a T-Bird—perhaps inspired by the NASCAR Fords—that turned into a show car.

A ’62 Thunderbird convertible with a 340-horsepower triple-carburetor 390-cubic-inch V8 was taken from the assembly line and designers created a clay fastback roof for it. With the design approved, fabrication of the car was entrusted to Dearborn Steel Tubing. DST had a relationship with Ford. It built several show cars in Sixties, along with 100 1964 Ford Thunderbolt drag racers. (The relationship continues. DST sectioned a 2015 Mustang and reassembled it atop the Empire State Building to celebrate Mustang’s 50th anniversary.) 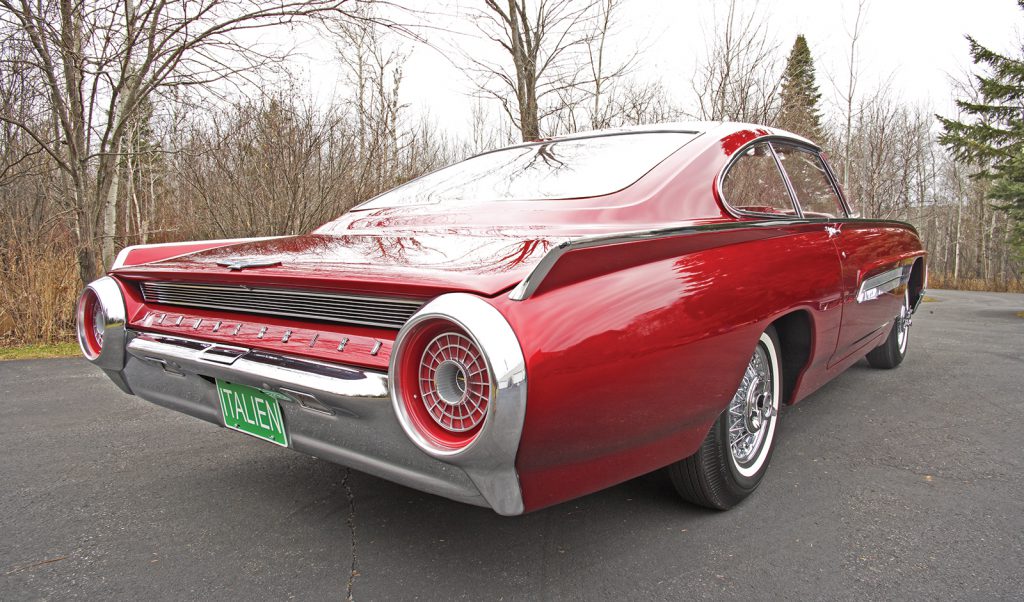 In 1962, the talented Vince Gardner was employed by DST. Gardner had worked in the styling departments for Auburn-Cord, Budd, and Studebaker. His Studebaker-Champion-based Gardner Special and Ford-Anglia-based Vega custom cars were highly regarded. He was also a skilled fabricator and crafted a fiberglass roof and trunklid, and made other modifications specified by the Ford designers. Among the modifications to the interior were special leather seats and a fairing behind the back seat. Ford later sent ’63 Thunderbird front fenders and doors so the car wouldn’t be out of date when it was first shown. 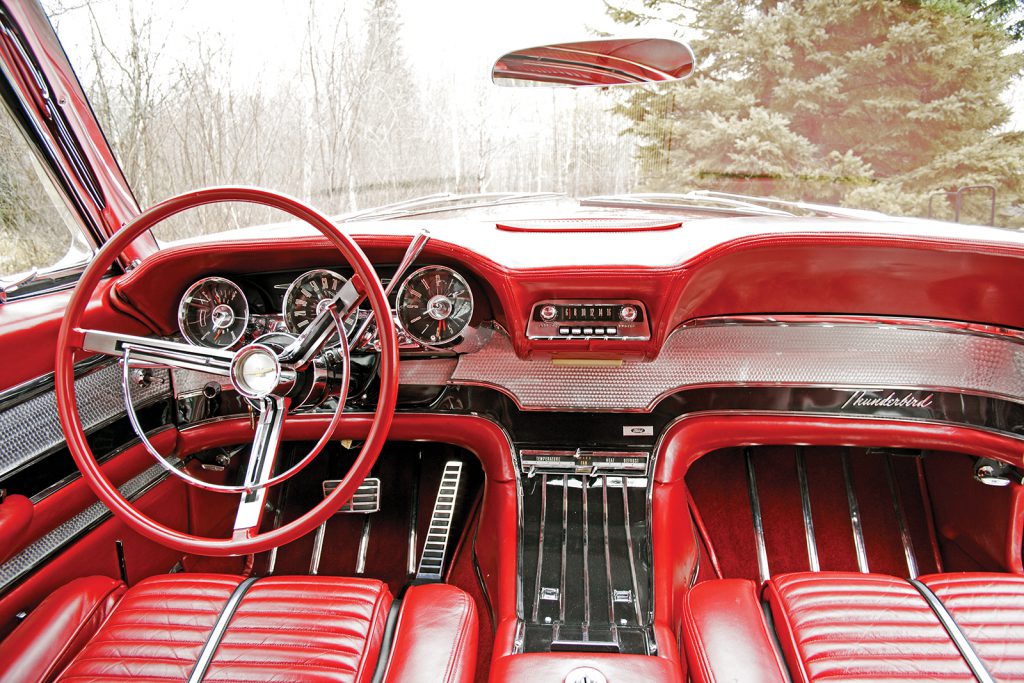 The completed Thunderbird fastback was dubbed “Italien” and toured the country as part of Ford’s Custom Car Caravan. It also appeared at the 1964 New York World’s Fair in Ford’s Cavalcade of Custom Cars. As the company had hoped, the Italien appeared in at least 14 magazines, generating plenty of publicity for Thunderbird.

The Italien was a foretaste of the Sixties fastback craze that would include the Rambler Marlin, 1966-67 Dodge Charger, and late-Sixties Ford Torino/Mercury Cyclone fastbacks. However, production Thunderbird coupes would stick with their squared-off rooflines during this period. 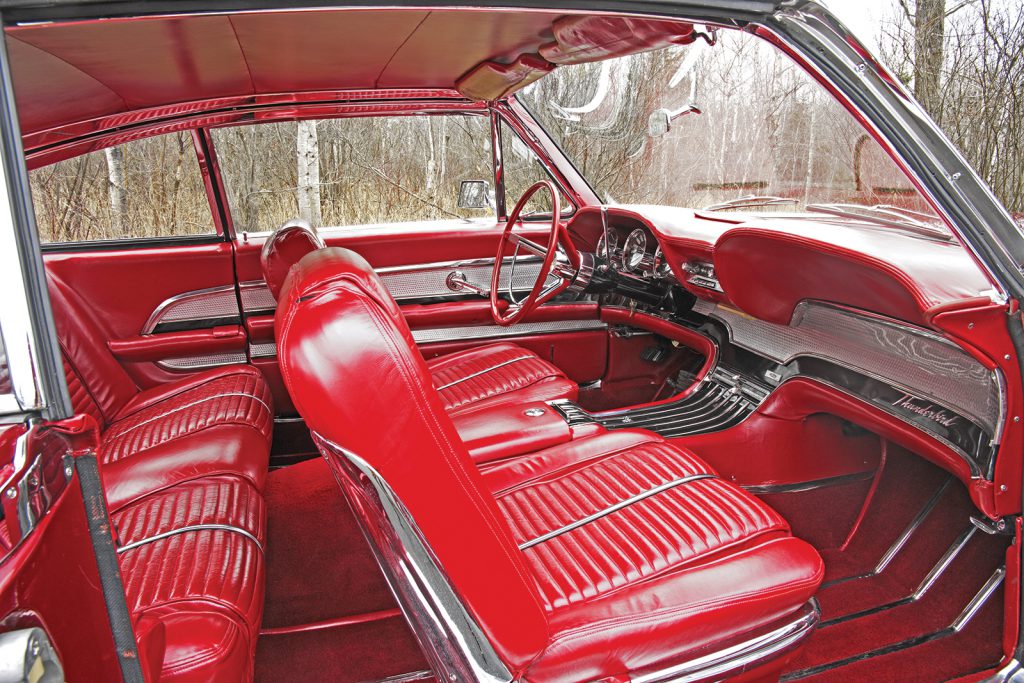 After show duties, the Italien was scheduled to be crushed—a common fate for out-of-date concept cars—when actor Dale Robertson offered to buy the car. Robertson, star of Tales of Wells Fargo, Iron Horse, and other TV shows, drove the Italien for many years. After minor damage to the left-front corner, Robertson had the car painted silver, perhaps because the original Candyapple Red was hard to match. Eventually, Robertson traded the Italien for a new Lincoln.

When photographed in 2007, the Italien had  just undergone a complete restoration by Thomas Maruska of Duluth, Minnesota. (Coincidentally, Vince Gardner was also from Duluth and graduated from the same high school as Maruska.) It was a solid, complete car, but was partially disassembled and covered in dust. 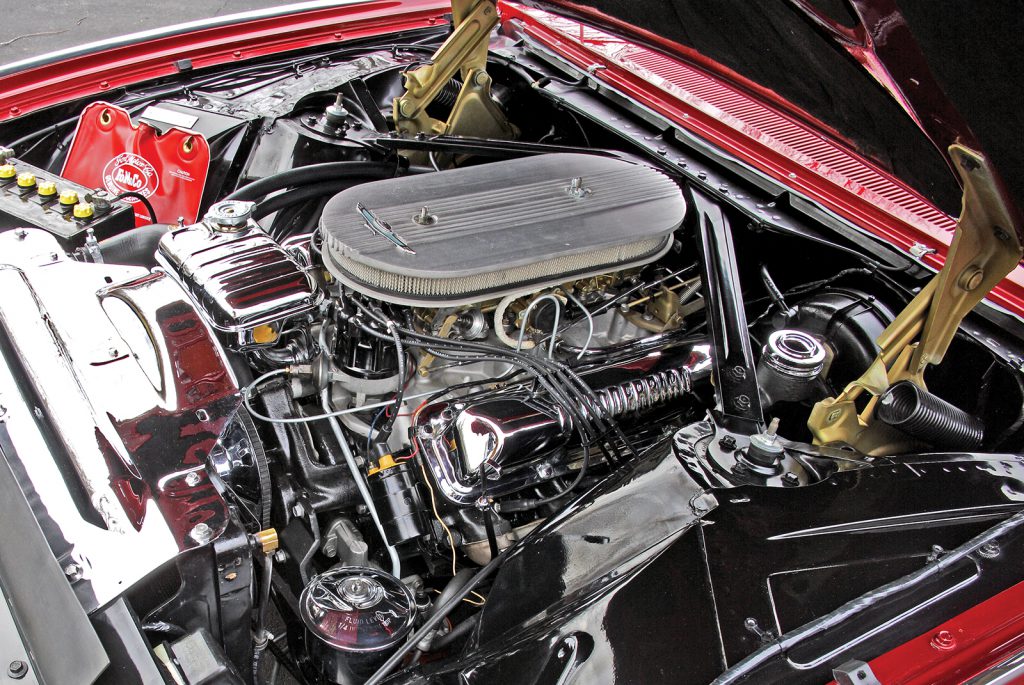 The California sun had taken a heavy toll on the leather and paint. The front seats were shot, but provided patterns for reupholstery. Maruska estimates that he had to strip off 90 coats of paint. DST painted the car three times before it was satisfied with the shade of red. By sanding, Maruska found the final shade of the original paint and recreated it.

Maruska says the restored Italien was “an excellent driving car, like new.” 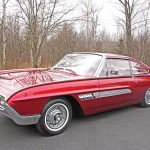 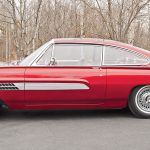 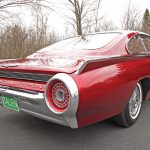 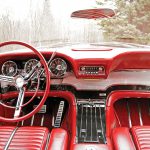 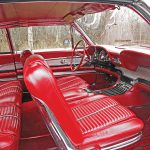 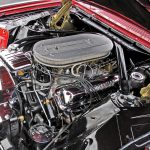