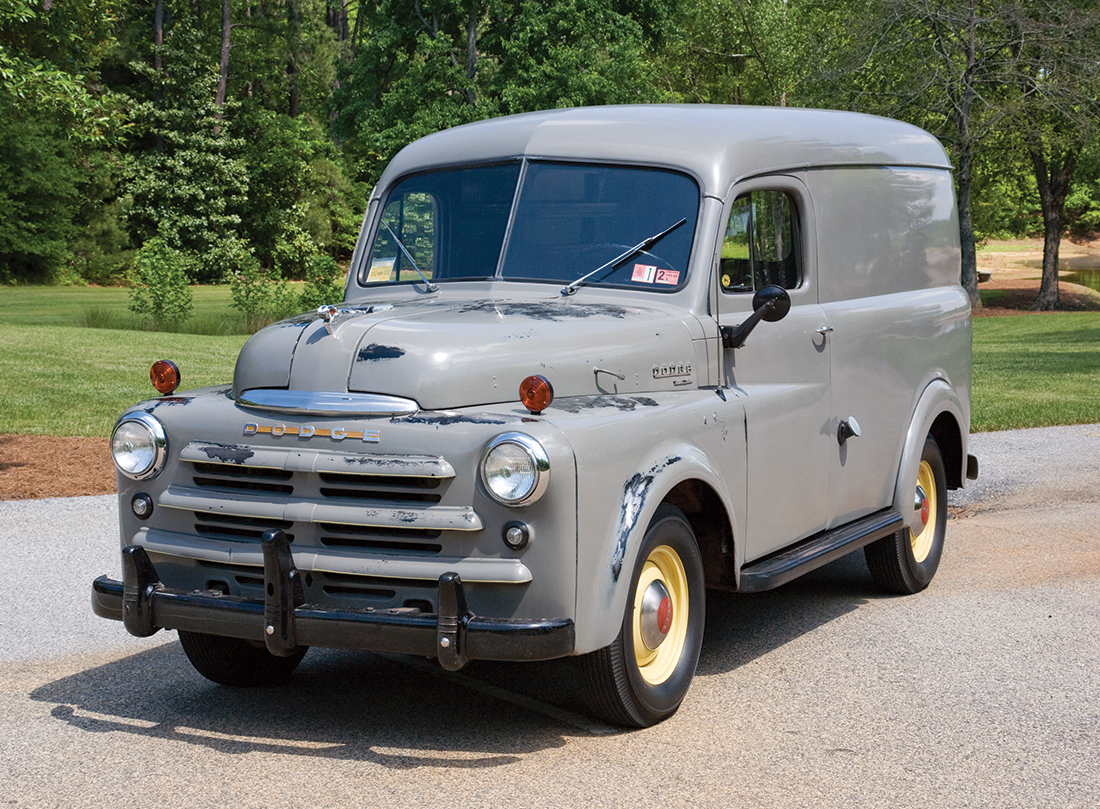 Note: The following story was excerpted from the June 2013 issue of Collectible Automobile magazine

For decades after the old-car hobby got rolling in earnest, there was an increasing emphasis on exacting nut-and-bolt restorations, the results sometimes being vintage vehicles that looked better in retirement than the moment they left the assembly line years before. In recent years, though, an appreciation for worn but undisturbed originals has arisen. Even some prestigious car-club meets and concours d’elegance have created “preservation” classes to include these hardy survivors.

The ’50 models marked the first subtle update to the Dodge B-series trucks that arrived for 1948. Introduced in October 1949, they newly incorporated a steering-column gearshift for the standard three-speed transmission and a “T”-handle parking-brake release mounted under the center of the dashboard, features that cleared up floor space in the cab. 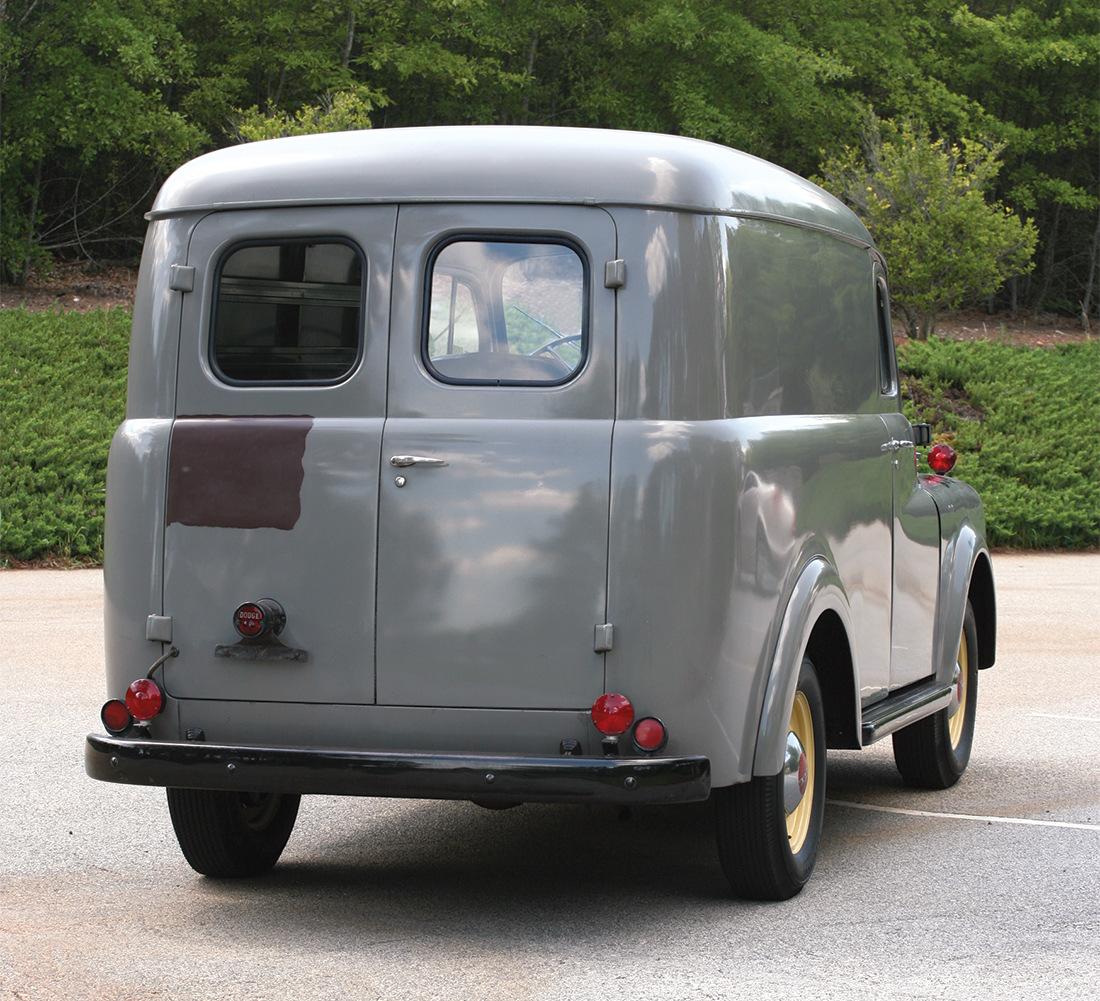 The following spring, Dodge added Chrysler Corporation’s famous Fluid Drive to the options list for trucks of ½- to one-ton rating. Having made its truck debut in 1949 for Dodge’s new Route Van, Fluid Drive allowed a vehicle to idle in gear without the clutch pedal being depressed, greatly reducing the amount of shifting a driver had to do.

The changes might seem minor, but they were enough for Dodge to give its 1950 trucks a new B-2 designation. Basic styling stayed the same as on B-1s. So did wheelbases, chassis layout, and powertrains. 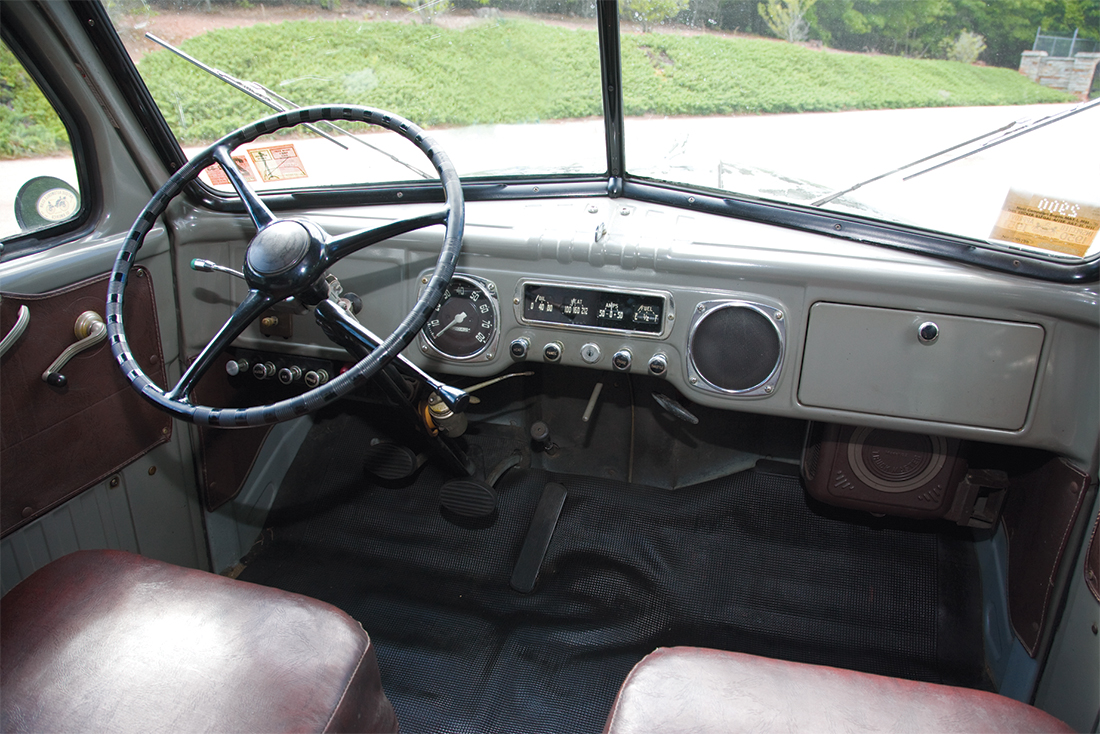 Half-ton models were considered B-2-Bs. They rode a 108-inch wheelbase and were powered by a 218-cubic-inch L-head six-cylinder engine that produced 96 horsepower at 3600 rpm and 172 pound-feet of torque at 1200 rpm. Dodge continued to tout steering geometry that permitted tighter turns than competing trucks. A fundamental feature of the B-series design from its debut was shifting the front axle back while moving the engine further forward for improved maneuverability and better weight distribution. 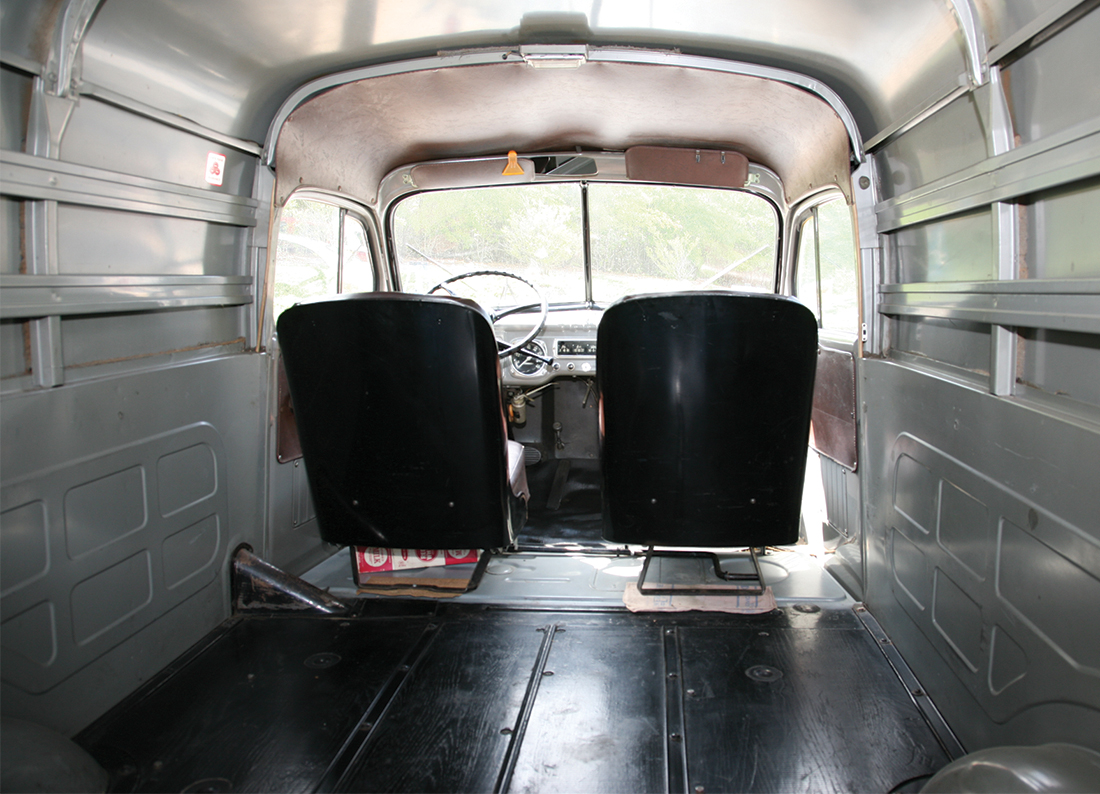 B-2-Bs came in three chassis models (with flat cowl, cowl and windshield, or full cab) for aftermarket applications, as a pickup with a 6.5-foot cargo bed, or as a panel truck. Starting prices ran from $937 for a chassis/cowl unit to $1398 for the panel. 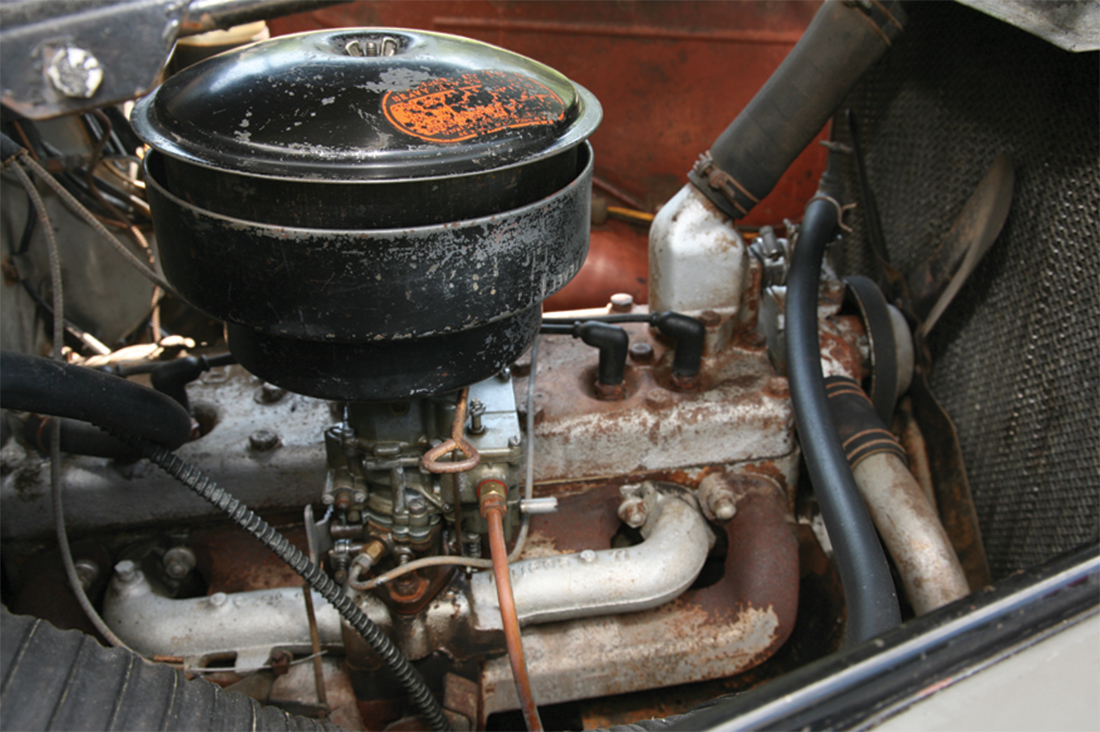 The panel truck featured a cargo area that was 55 inches high, 63.38 inches wide, and 92.44 inches long behind the seats for a total of 155 cubic feet of load space. Depending on the springs selected, payload capacities ranged from 850 to 1450 pounds. (Tailoring individual trucks to the operator’s load needs was central to Dodge’s claim that its vehicles were “Job-Rated.”)

The load floor was manufactured from seasoned hardwood and protected by steel skid strips that were welded to the subfloor. Steel scuff panels rose 22 inches up each side of the cargo hold to reinforce the bodysides against inside-out damage from the load. Two-position cargo doors could open to 90 degrees for on-street loading or extend to 180 degrees, which made it possible to handle cargo from loading docks.

“Scientifically designed” seats included steel back panels to protect occupants from shifting loads. B-series trucks had thick insulation on the dash to keep out engine heat and noise. The floor and roof were also insulated, and sound-deadening material was packed behind the grained imitation-leather door panels. 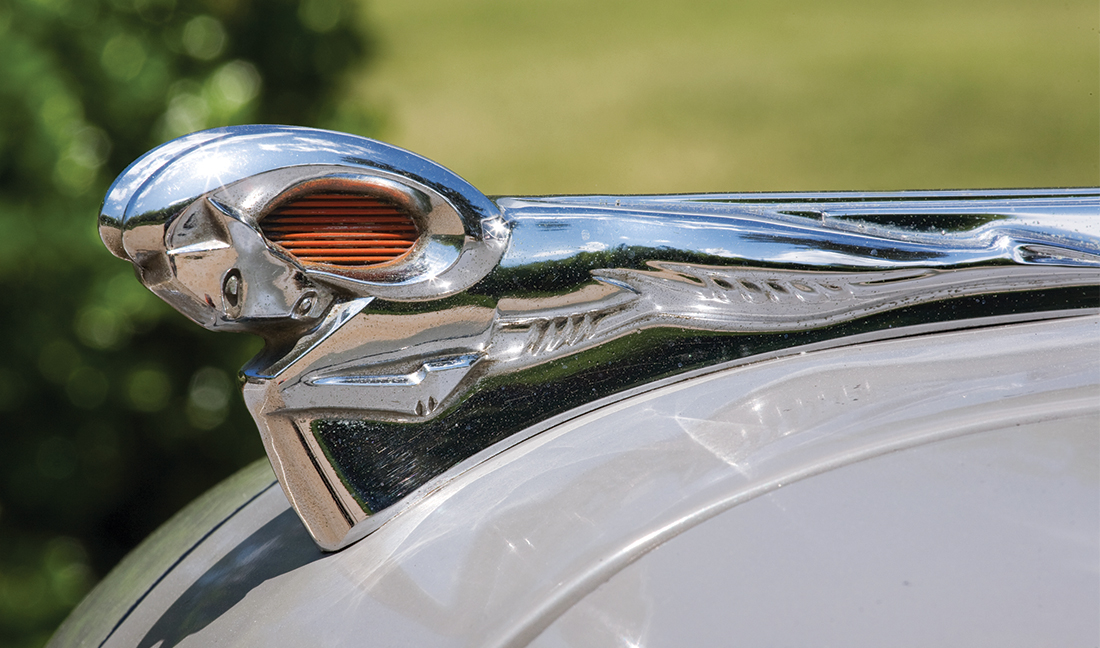 Though grille bars on light-duty models were customarily made of stainless steel, the featured example wears body-color bars that are striped at their edges to match the Dodge Truck Cream wheels. The interior, however, is dressed up with the Deluxe-cab option package, which includes door vent wings, a right-side sun visor, left-door armrest, and electric windshield wipers (in place of the standard vacuum wipers).

Other options present are the front bumper guards, radio, heater, and passenger seat. The three-speed transmission is hooked to a Fluid Drive unit.

Prior to being sold by Vintage Cars and Such of Spartanburg, South Carolina, the Dodge had racked up 62,042 miles. It was said to have been owned by the same family for 50 years. Despite its “leave well enough alone” appearance, the truck was reported to start and drive excellently. 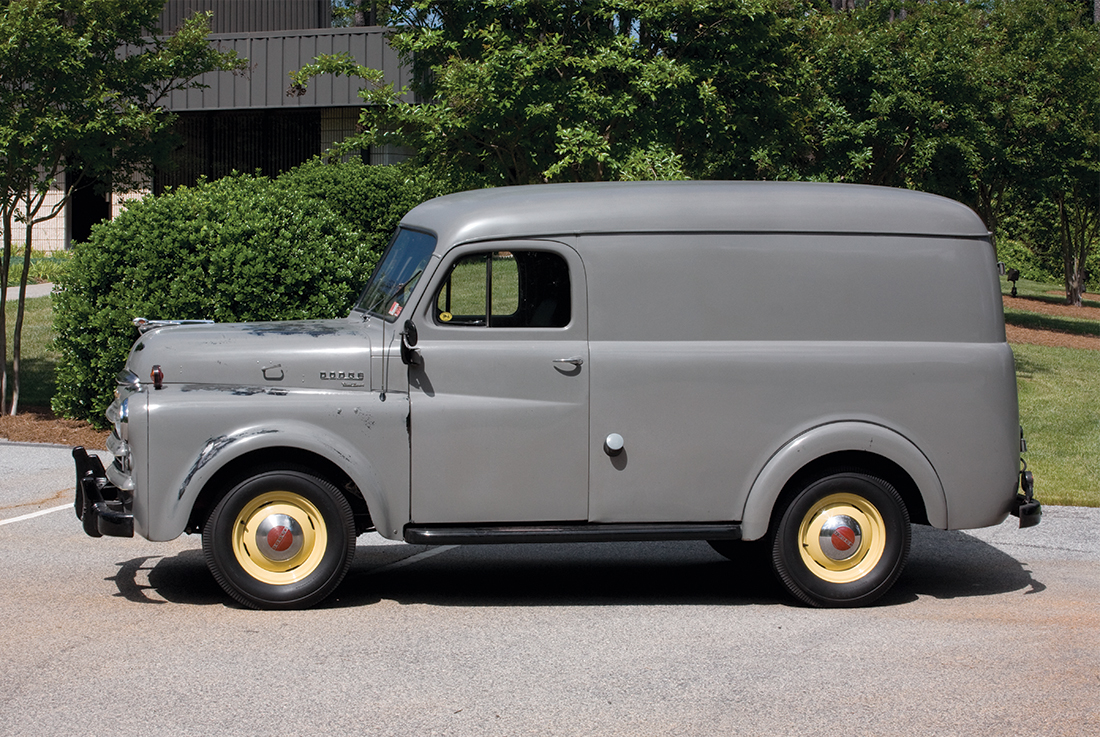 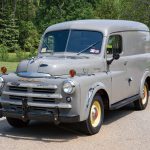 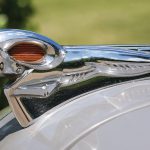 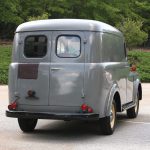 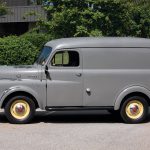 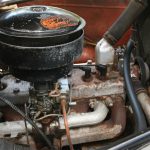 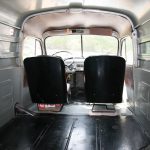 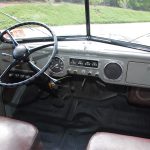