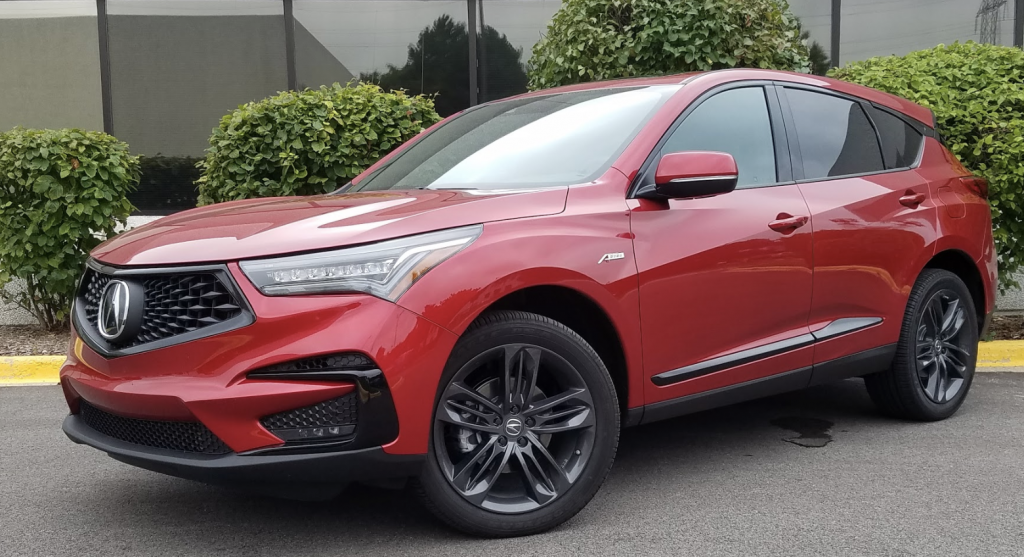 The great: Ride and handling combination, interior space for the class, cargo room and storage versatility

The good: Interior fit and finish, power delivery and acceleration

The not so good: Some controls, especially the infotainment track pad, are quirky and require familiarization

Acura’s RDX has long been a Consumer Guide favorite, with the 2019 redesign carrying on the vehicle’s Best Buy tradition. For 2020, the only change of note is the addition of Platinum White as a color choice. 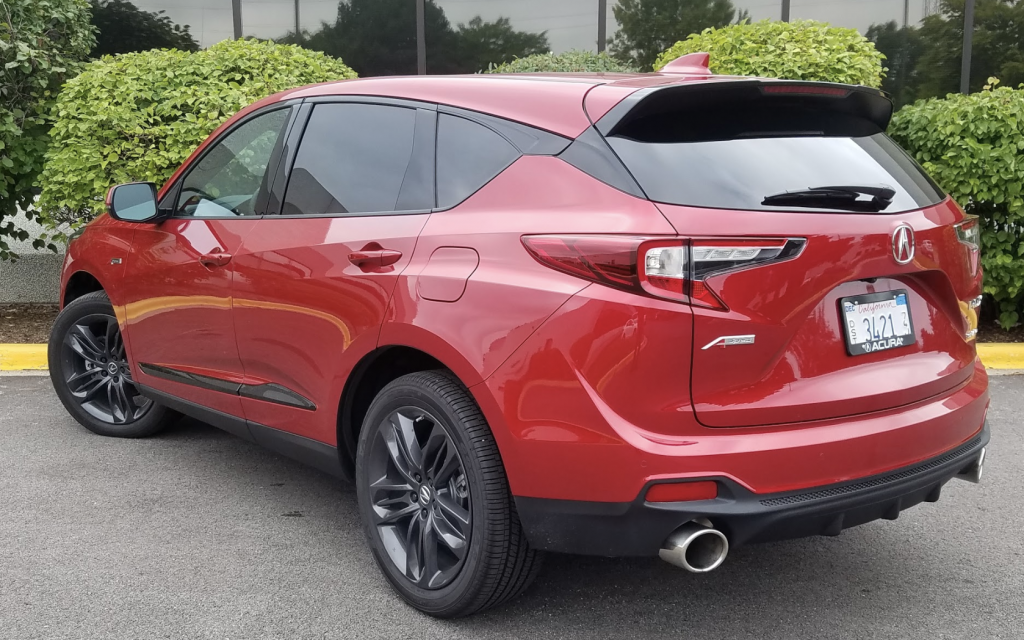 The A-Spec is the sporty model in the RDX lineup, and that’s illustrated by its rear spoiler, bright dual exhaust outlets, unique 20-inch black wheels, and A-Spec badges.

As Consumer Guide editor John Biel previously reviewed a nearly identical 2019 Acura RDX A-Spec, we invite you to read that report for more details. Here we’ll touch on some additional impressions generated on this go-round. 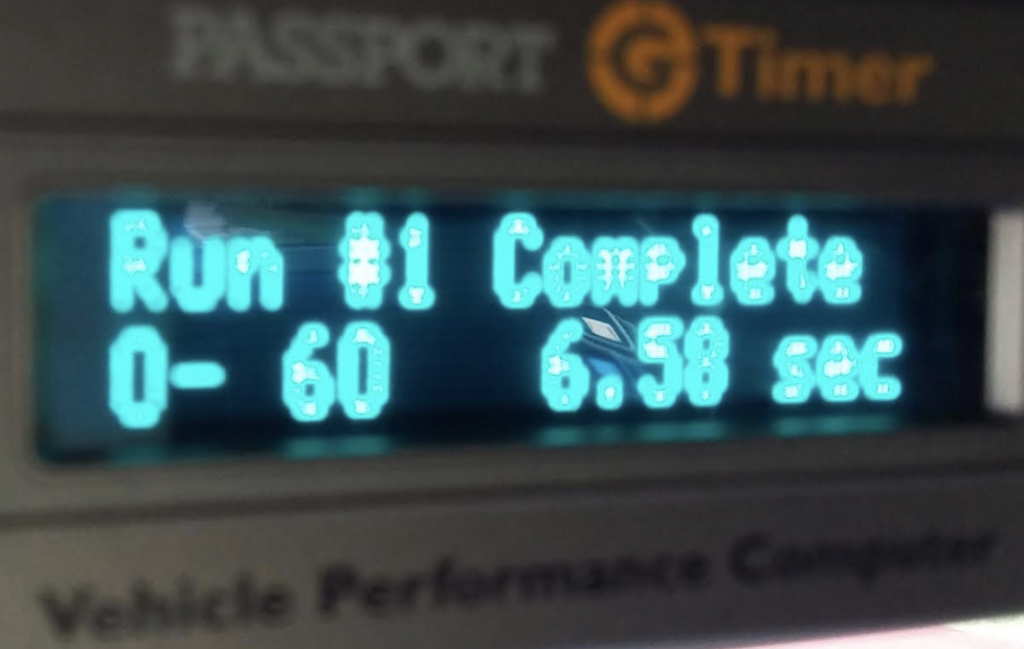 Our timer clocked the A-Spec at an average of just under 6.6 seconds 0-60, a credible performance.

While we were somewhat skeptical when the former 3.5-liter V6 yielded to a 2.0-liter turbo 4-cylinder for 2019, the new engine works well enough. It doesn’t have quite the throttle response of the V6, as we noticed a bit of turbo lag when hitting the gas, which may have been aggravated by slower downshifts from the equally new 10-speed automatic transmission. But nail the gas from a stop, and highway speeds are reached fairly quickly; we timed the RDX at less than 6.6 seconds in the 0-60 mph dash – good for the class – while it emitted a nicely sporting exhaust roar. Fuel economy worked out to 21.6 mpg in 45 percent city driving, sort of mediocre for the class. As John noted, ride and handling are both impressive, leaving “road manners” as a real plus point.

The RDX boasts a surprisingly large and versatile cargo area, which is wide at the rear and includes a huge underfloor bin along with handy side bins. Also, rear seat backs fold flush with the cargo floor and nearly flat.

Also in the “plus column” is interior space, at least for a compact crossover. Joining it on the list are interior trimmings and outward visibility, which is generally good except to the rear corners, where a 180-degree rearview camera steps in to help. We also appreciated the large under-floor bin in back, which adds to the versatility of the cargo area, as do fold-flat rear seat backs that can be released either from the seat back itself or from levers in the back.

Materials are top-notch, and aluminum pedals add a sporting touch. Cabin storage space is good (note the large bin under the “floating” console), but the touchpad infotainment control system takes some getting used to.

While John has never been a fan of console controls for the infotainment system – and the rest of our staff usually agrees – he found the RDX’s touchpad to be better than most, at least after getting used to it. However, some of our staffers feel the large dash screen would be far more useful if it had “touch” capability, as working through the touchpad too often requires multiple steps to make simple adjustments.

A couple of things were noticed from an equipment standpoint. All the expected high-tech safety features were in attendance, though some came with the A-Spec Package rather than being standard. But it rather oddly lacked a 360-degree camera system, that coming only with the top-line Advance Package. Our tester had 12-way adjustable front seats for both the driver and passenger (we found them very comfortable on long trips) and a power liftgate, but the latter wasn’t of the hands-free variety. And while our tester only came with Apple CarPlay, Acura announced in November that owners could get Android Auto added for free as an “over the air” download.

Although some of us preferred the previous-generation RDX for its V6 engine and simpler control layout, the current one still has a lot to offer, which is what keeps it on our Best Buy list for 2020.

Acura’s RDX has long resided at the sporty end of the premium-compact-crossover segment, and the A-Spec is its sportiest iteration — and looks the part. Highlights are its ride/handling combination and passenger/cargo space.