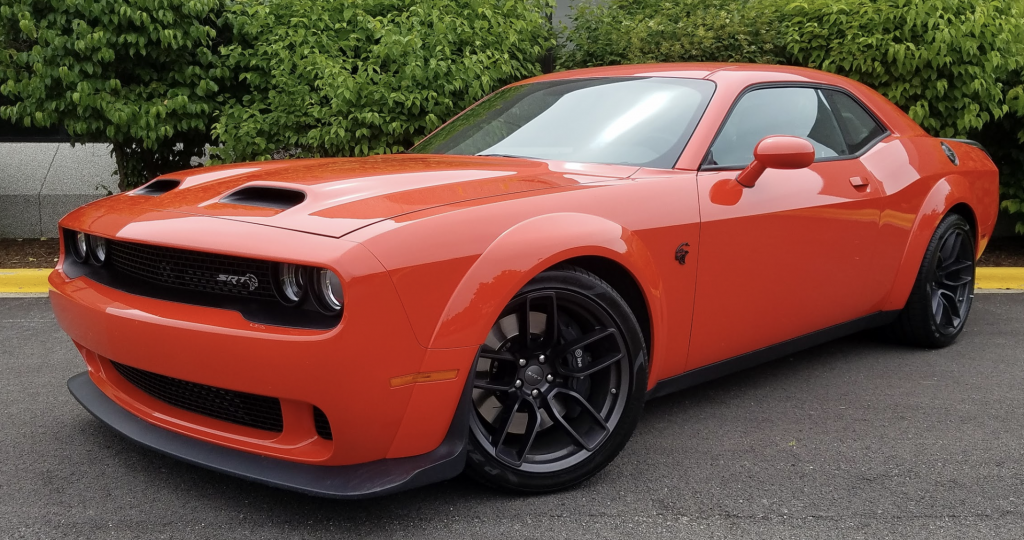 The good: Rides amazingly well for a car with this kind of performance potential sporting very low-profile tires; useful back seat and trunk; good control layout

The not so good: Steep pricing; fuel economy (and on premium gas); noise

Those of us in the Boomer Generation like to think we know a few things some younger people don’t: how to wear a ball cap, how to do math in our heads, what it’s like to drive a REAL muscle car.

Well, in the words of the immortal Meat Loaf (look him up, kids), “Two out of three ain’t bad.”

As we’ve covered the Redeye in a track-focused First Spin and the “regular” Hellcat in a local Test Drive review, we invite you to read those reports for more details. In this one, we’ll convey some additional road impressions of the current top dog of the Challenger lineup (now that the one-year-only 2018 SRT Demon has left the building).

A larger supercharger that produces more boost — and some internal engine modifications to handle it — make up a goodly portion of the 797-horsepower Hellcat Redeye’s $11,000 price premium over its 717-hp brother that didn’t tie on a bender the night before. The flare-fender Wide Body kit with wider tires adds another six grand (to either) — which you have to have as the wider tires give you better traction and quicker acceleration — with the mandatory Gas Guzzler Tax chipping in $1700 to boost the bottom-line ante to $79,190. Our tester added a few more options to sticker at $86,255. 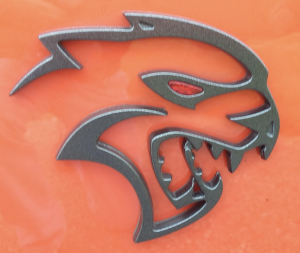 It’s hard to see on our Go Mango orange car, but the Hellcat badges gain red eyes for the Redeye.

While it’s unlikely traction has a significantly tougher struggle against the Redeye’s 797 horsepower vs. the regular Hellcat’s mere 717, there’s no question it’s a fight traction loses — in rather spectacular fashion.

But as any good street racer will tell you, smoking tires is just wasting time … and the Hellcat can smoke tires with the best of ’em. Yet putting down 700+ ponies through street-legal rubber is a contest frictional coefficients aren’t going to win. So something has to intervene if global warming is to be kept in check.

In modern cars, that “something” is traction control. (Back in my day it was simply “restraint,” which typically didn’t work all that well.)

Trouble is, traction control is really intended to keep cars on the straight and narrow when the going gets slick, not rein in the enthusiasm of 797 horses. For that, you need something a little more…understanding. Which was a concept amply demonstrated during our acceleration tests.

In the first two 0-60 runs, the Redeye stopped my G-Timer accelerometer at 5.3 and 5.4 seconds, respectively. While great numbers for almost any other car, they clearly aren’t for one with this kind of power. And it was easy to see the problem. 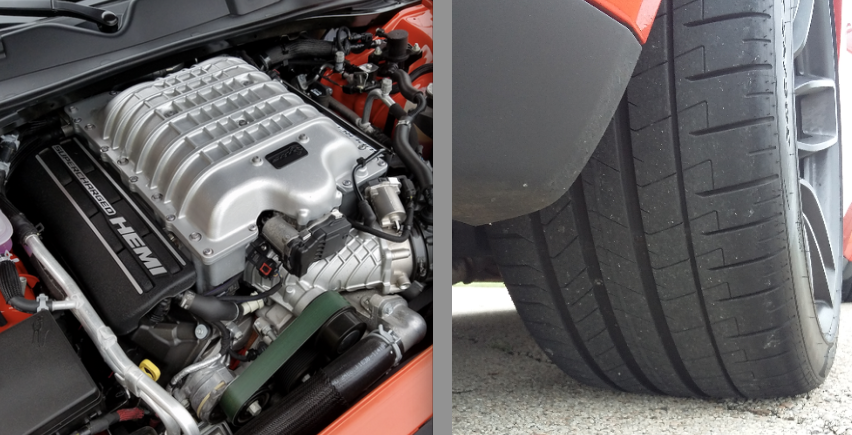 The Redeye’s 797-hp engine causes a problem even these wide tires can’t solve.

Immediately after launch, the tires would start to spin, which would cause the traction control to cut power. When traction was restored, power would come on again, the tires would spin, and … yep … power would be cut. This seemed to occur a couple of times a second up to about 50 mph as the car sort of stuttered down the road.

Clearly, Dodge recognized this to be a concern. While you certainly want a tight rein on tire spin in slippery conditions, on dry pavement, you need something more … lenient.

Although it has to be engaged manually, activating Launch Control is a simple and relatively quick process on the Redeye: Punch a dashboard button, press hard on the brakes, floor the gas pedal, release the brakes, and … “Houston, we have liftoff.” Oh, there was still tire spin and engine surging, but there was more of the former and less of the latter. And the G-Timer flashed 3.75 seconds.

Turning “5s” into “3s” is really just a matter of hitting a button, holding the brakes, flooring the gas, releasing the brakes … and hanging on.

With more time and a serious lack of social decorum, one could probably have done a few burnouts to get the tires nice and tacky and brought those figures down a couple of tenths. But that’s what drag strips are for. If it’s simply a matter that Grandma’s late to bingo, this should do rather nicely.

Although certainly influenced by the original Challenger of the early ’70s, the current one is worlds better in virtually every regard. When anyone with eighty grand in their pocket can buy a car this quick and this fast (Dodge says the Redeye tops out at more than 200 mph), these are, in fact, The Good ol’ Days.