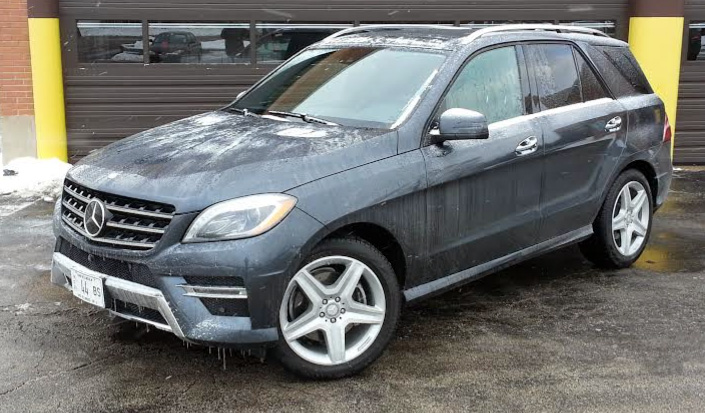 The not so good: Fuel economy is improved, but ML400 is still a thirsty vehicle

Check out the entire Mercedes-Benz lineup

You can count on Mercedes-Benz for bank-vault solidity and a high level of luxury and technical sophistication in its vehicles. You used to be able to count on an alphanumeric naming scheme that suggested a given product’s metric engine displacement, but that hasn’t always been the case lately. 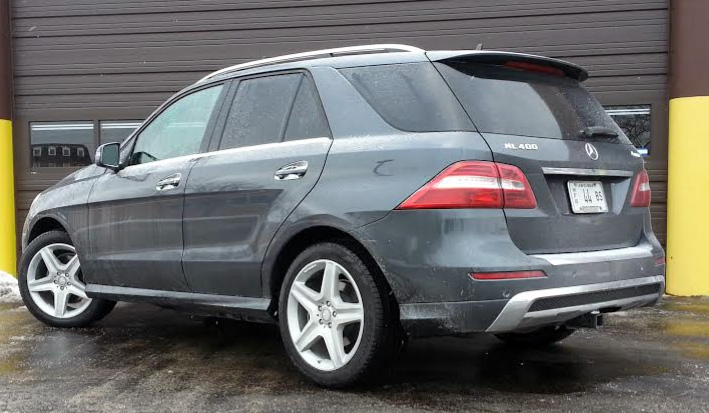 For instance, new engines for the 2015 ML-Class are a 3.0-liter twin-turbocharged gasoline V6 in the ML400 and a 2.1-liter dual-turbo diesel 4-cylinder in the ML250 BlueTEC. Once they might have been known as 300 and 200 models, respectively, but last year there was a 3.5-liter V6 in the ML350, and how do you suggest improvement by going to a lower number? The new engines are smaller than the ones they replace in pursuit of improved fuel economy. In the case of the ML400 that Consumer Guide® tested, it supplants the ML550 that came with a 4.6-liter (there they go again) turbo V8. 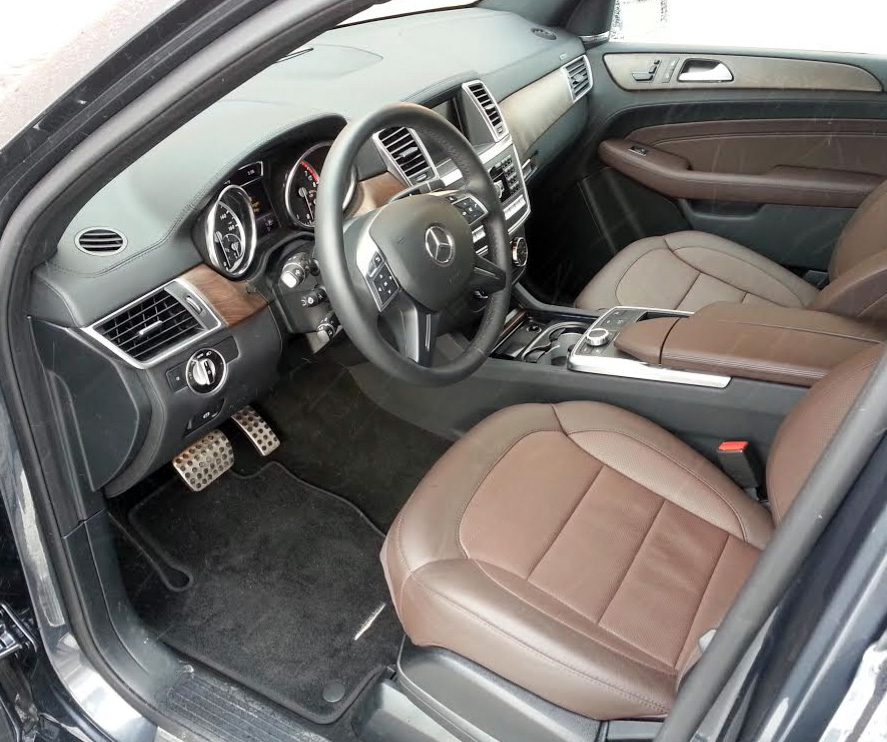 There is plenty of front- and rear-seat space in the ML400’s opulently appointed cabin.

The ML400’s engine generates a healthy 329 horsepower and 354 pound-feet of torque. In concert with a very smooth 7-speed automatic transmission, it delivers easy getaway around town without any abrupt acceleration spikes from turbo lag. Highway cruising is fairly quiet from an engine that shows no signs of straining at highway speeds. As for what shedding a couple cylinders does for fuel economy, it at least shows up on paper. The previous 550 was pegged by the EPA at 15 mpg city/20 mpg highway. The 400 is rated at 18 city and 22 highway, but this driver saw just 17.26 mpg from a stint of 157.3 miles, 68 percent of that under city conditions.

Handling is responsive but won’t thrill your inner racer. (Few SUVs are designed to do that anyway.) Buyers can add the Active Curve System, a $2910 option, consisting of electrohydraulically variable front and rear stabilizer bars that tighten during cornering to help control body lean. Optional adaptive damping offers push-button selection of “Sport” or “Comfort” modes for the fully independent suspension. The former is palpably firmer and rebound from bumps is more abrupt than the latter. Comfort hardly turns the ML into a marshmallow, however, and is probably fine for the vast majority of roads.

There is excellent room and comfort in all directions front and rear. The second-row seat could comfortably hold 3 adults, especially since the driveline hump is low and unobtrusive. Visibility is pretty good, and is aided by features like a standard rearview camera and blind-spot assist, and extra-cost Active Curve lighting and Surround View camera system that shows the vehicle’s immediate surroundings. Entry and exit are easy but it’s fairly easy to brush a trouser leg against a potentially dirty rocker panel when leaving. 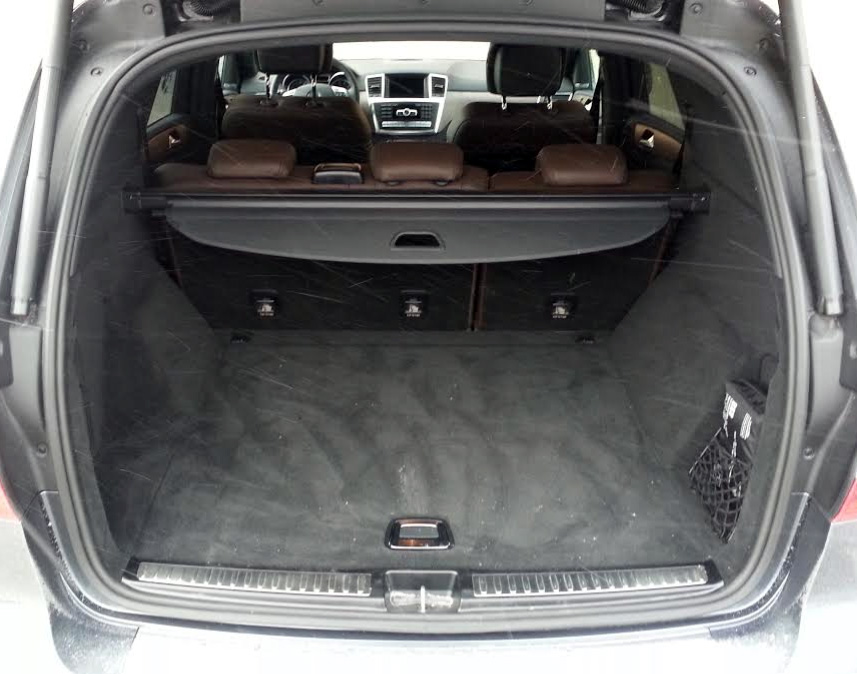 There’s a generous amount of flat-floored space in the ML400’s cargo area.

M-B’s COMAND system for audio, navigation, vehicle settings, etc., has a fairly orderly menu arrangement at the top and bottom of the central display screen, but it still requires quite a bit of attention to tip the console-mounted controller knob to select the top or bottom row of the menu, then twist right or left to the desired category, tap to open, and navigate around the window in order to perform the desired functions. (Climate controls are accessed more easily through a panel of push buttons and dials.) A screen message admonishes you to not become distracted by COMAND while driving, but that’s a little like telling a guy who works high steel to not do anything risky on the job. What are you supposed to do every time you want to switch from radio to navigation—or activate the optional massaging seat? Pull over? However, after years of frustration with COMAND, this tester did suddenly see the light on how to save and access radio presets. That’s one small step for man. . . .

One further note about controls is that Mercedes-Benz sure likes steering-column stalks. Three of varying sizes protrude from the left side of the column for turn signals, cruise control, and steering-column adjustment. On the right side is a selector lever that activates reverse, neutral/park, or drive settings. (Somewhat counterintuitively, at least in this driver’s estimation, the lever must be flicked up for reverse and down for drive.)

Soft-touch materials are used extensively throughout the cabin. CG’s test model had rich leather upholstery in Auburn Brown and Black augmented by optional open-pore brown ash wood trim and bright-metal accents. The luxury-car theme was furthered by a raft of comfort and convenience devices like dual-zone automatic climate control, heated front seats, heated and cooled front cup holders (this from a manufacturer that had to be dragged kicking and screaming into the cup-holder era), multicolor ambient lighting—all standard—plus optional power panorama sunroof over both seating rows, ventilated front seats, multicontour massaging seats, heated steering wheel, and heated rear seats with their own controls.

Do you know the story behind the Mercedes-Benz 3-point star? Here’s the lowdown.

Storage space for front-passenger incidentals is handled by a somewhat slight glove box, modest covered console cubby, a small floor-level net pouch on the passenger side, and large door pockets. Rear-seat denizens get smaller door pockets, net pouches on the backs of the front seats, and a pull-down center arm rest with a pair of molded cup holders (sorry, no temperature control). For luggage, groceries, and other real cargo, there’s a generous flat-floored space with chrome tie-downs at all 4 corners. The rear seats fold in a 60/40 divide to the extend space, but they don’t fold flat—there’s a considerable upward angle.

There’s a figurative ton of technology features packed into the ML400. In addition to COMAND, other standard equipment includes Bluetooth connectivity, an app suite, Collision-Prevention Assist, Attention Assist (to sense if you’re dozing off at the wheel), blind-spot and lane-keeping assists, and adaptive braking. The lengthy list of options on the ML400 that CG sampled included the Parking Assist package with active parking assist and Surround View, and the Driver Assistance package with Distronic Plus adaptive cruise control and adaptive blind-spot and lane-keeping warnings.

None of this comes especially cheaply. The two aforementioned packages cost $1290 and $1950, respectively, and neither was the most expensive add-on to our test vehicle. (Active Curve had that distinction.) Thus, a $62,900 premium midsize SUV got pumped up to $79,310 delivered. Perhaps not all MLs will come with everything and the kitchen sink, but lots of them will have some of it.